A decent collection of synthesized toe-tappers

The Japanese "Vocaloid" line of voice synthesizer software and characters has been an ongoing cultural phenomenon in its home country for several years, and while it's been little more than a niche novelty in North America, Sega has continued to localize many of their licensed rhythm games that make use of the franchise's most popular characters. 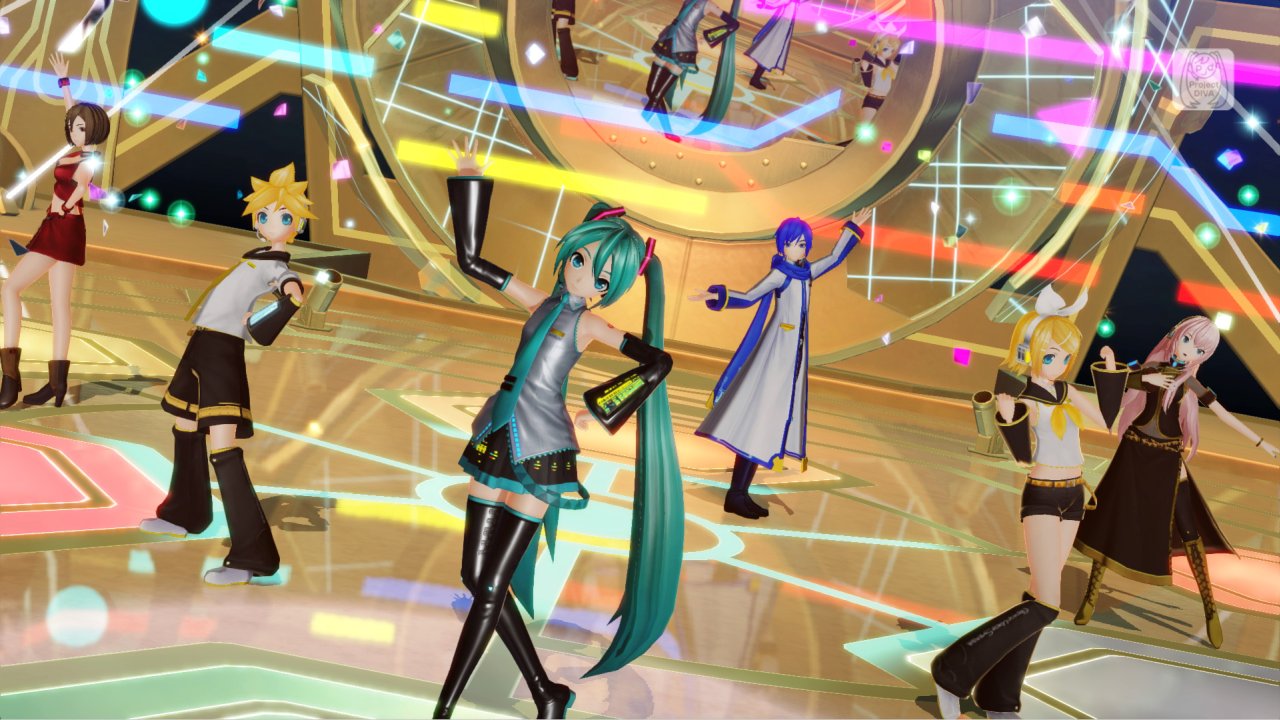 I've personally had zero proper experience with these characters and their music, with the exception being the time I've spent with the generally enjoyable PS3 and 3DS games released by Sega over the years. As a result, I was curious to see how Hatsune Miku: Project DIVA X, the series’ first PlayStation 4 entry, turned out, and the results are something of a mixed bag.

For whatever reason, Project DIVA X provides a story to complement its single-player rhythm gameplay, involving Miku and other popular Vocaloids attempting to restore energy to sections of their virtual world via Voltage, an in-game currency generated through song and dance. If you're a fan of these characters and not just their music, maybe you'll find some pleasure in watching them interact with each other via a deluge of text boxes. Personally, I can't recall the last game I played that came off so bland and boring in terms of writing.

The characters barely emote outside of a few stock poses and expressions, despite being energetically animated during actual gameplay, and every attempt at a joke or cute moment never registers. I even would have welcomed the dialog being fully acted via their trademark bizarre text-to-speech voices just for novelty's sake, but they just give a few short exclamations every now and then. Thankfully, all the cutscenes can be skipped, and since nothing important actually happens within them, it's a welcome option.

The core gameplay, like most rhythm game sequels, doesn't try to heavily deviate from its predecessors. After picking a track, 1 to 3 Vocaloids perform a song and dance routine, while prompts for timed button inputs fill the screen. The majority of on-screen notes correspond to the iconic four PlayStation face buttons, while arrow symbols require a specific D-pad direction to be pressed in conjunction with its corresponding face button, and stars require a short flick of either analog stick or the touch pad in any direction. The main new feature comes in the form of Rush Notes, which prompt players to mash a particular button for bonus points during a brief period. 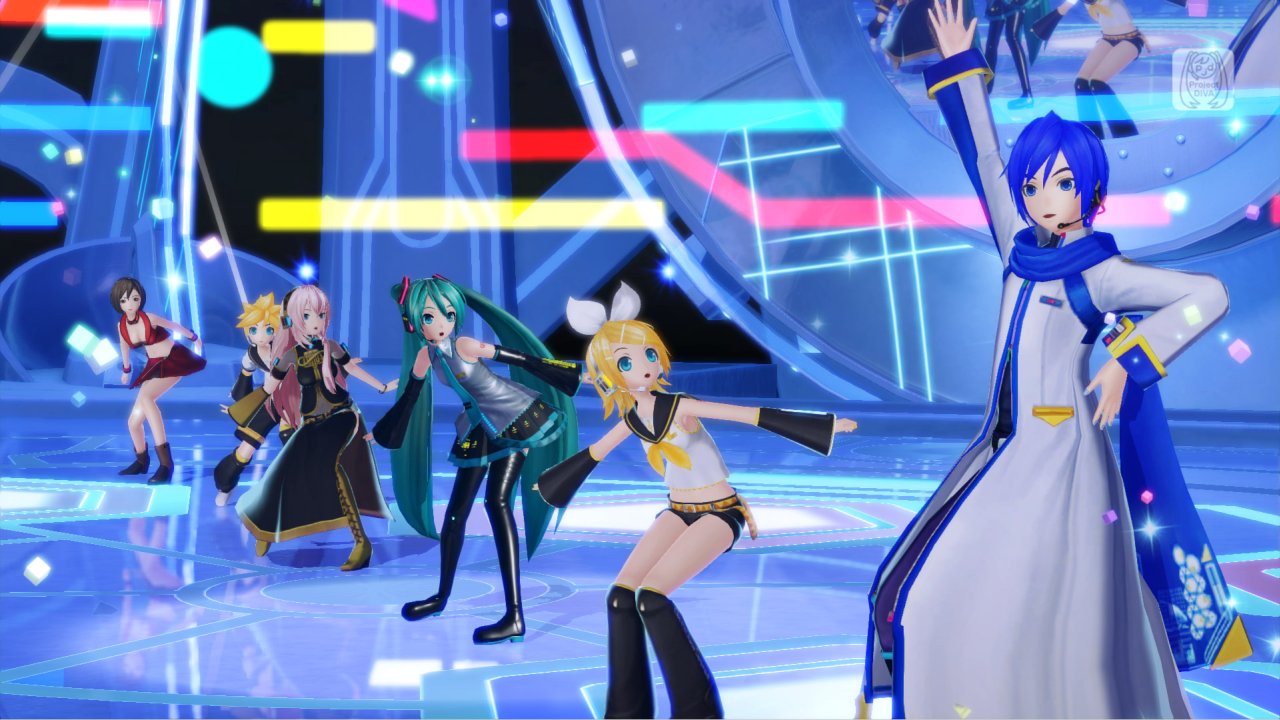 While the way this is all presented has always been a bit unorthodox compared to other rhythm games (note prompts appear and fly from all directions and positions on the screen, as opposed to the traditional static 'highway' other titles use), it's usually not as hard to follow as one would expect. The lower difficulties do a good job of making the experience accessible to newcomers, and while the objects you hit don't genuinely contribute to the track (you can choose from several stock noises that repeat every time a note is hit or silence them entirely), they're still timed well enough that I didn't experience any instances where they felt awkwardly charted.

Graphically, the character models are as lively as ever (at least during songs), and have received subtle but welcome refinements in the jump to current-gen consoles. Environments are colorful and often quite flashy, which compliments the sometimes frenetic dance choreography. The game runs at a solid 60FPS with no graphical hiccups to worry about, which is important for any rhythm game.

The songs in this series have always come off to me as generally fun to play, but never interesting enough to the point that I’ll remember any of them afterward. Project DIVA X is an exception in both good and bad ways. Of the 30 songs, there are probably 3 or 4 I enjoyed to the point that I may look them up on YouTube, but there are also a handful that are just obnoxious to the ears, making them a chore to play through.

If you have a favorite Vocaloid besides Miku, the game’s fairly generous in terms of customization. You can choose any character to sing any song, though in a missed opportunity, the default voice for each track never changes, leaving me little reason to use Kaito, the game’s only adult male. 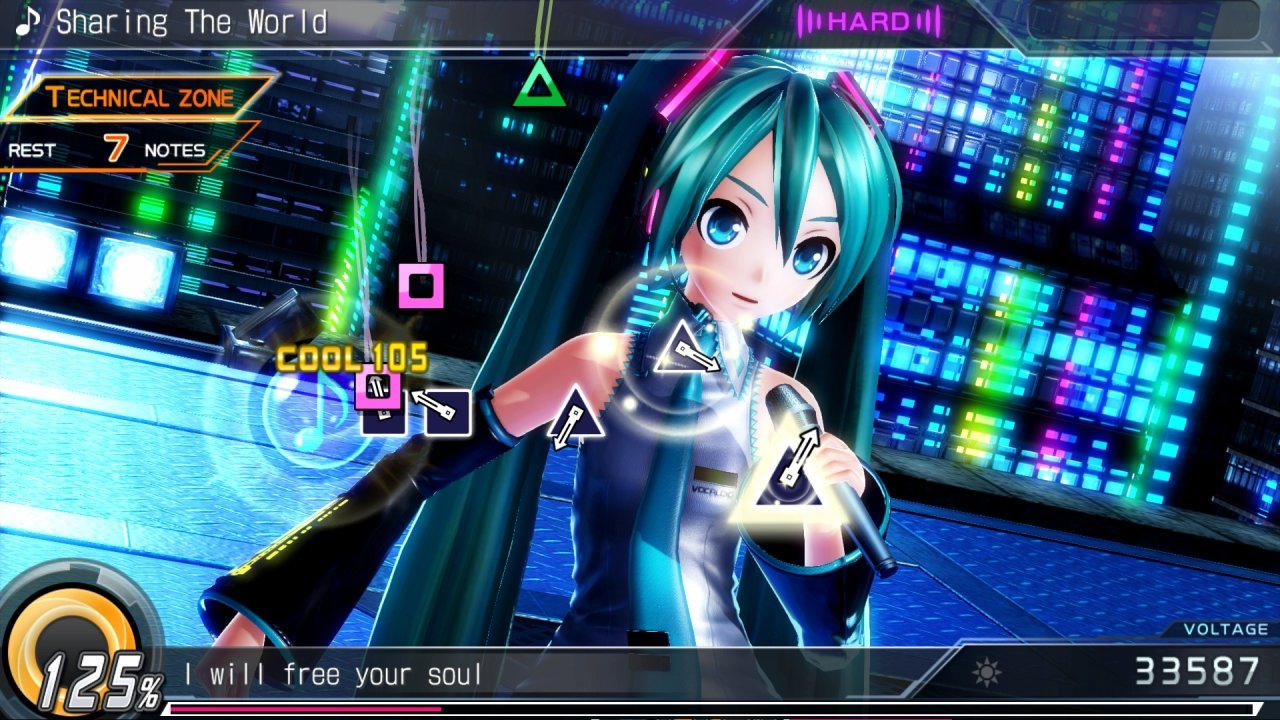 Swapping between characters is actively encouraged by the game’s system of unlocking modules, the term used for alternate outfits and accessories. When playing a song in the campaign, successfully inputting a specific section will award your main character a random unlockable outfit exclusive to them, while generally good performances will often throw in smaller hats, eyewear, and back accessories that any Vocaloid can wear.

This feature actually ties into gameplay, as individual modules and levels are classified into themed categories that, when paired up, can make voltage easier to earn, or even have other passive effects like increasing the chance of not getting duplicate unlockables. It’s a good incentive for replay for those who care about those sort of things (and quite novel for a rhythm game to have a loot drop system in general), though the somewhat slim list of 30 songs mean you’ll probably end up replaying certain tracks quite a bit.

Where the game makes the most substantial changes is in the rest of its window dressing and progression systems. Though a Free Play mode allowing you to play any song you like does exist, it's necessary to play through the main campaign to make each track available. During this initial playthrough, players are tasked with gathering Voltage by reaching a certain score threshold.

The fact that the game basically locks you into one group of 5 songs at a time comes across as an unnecessary restriction, though not a severe one for my personal playstyle. My bigger gripe is with the overall challenge. Songs have the typical four difficulties, but for whatever reason, initial playthroughs are limited solely to the two easiest ones, resulting in an overly simple first run through most of the tracklist for rhythm game enthusiasts. 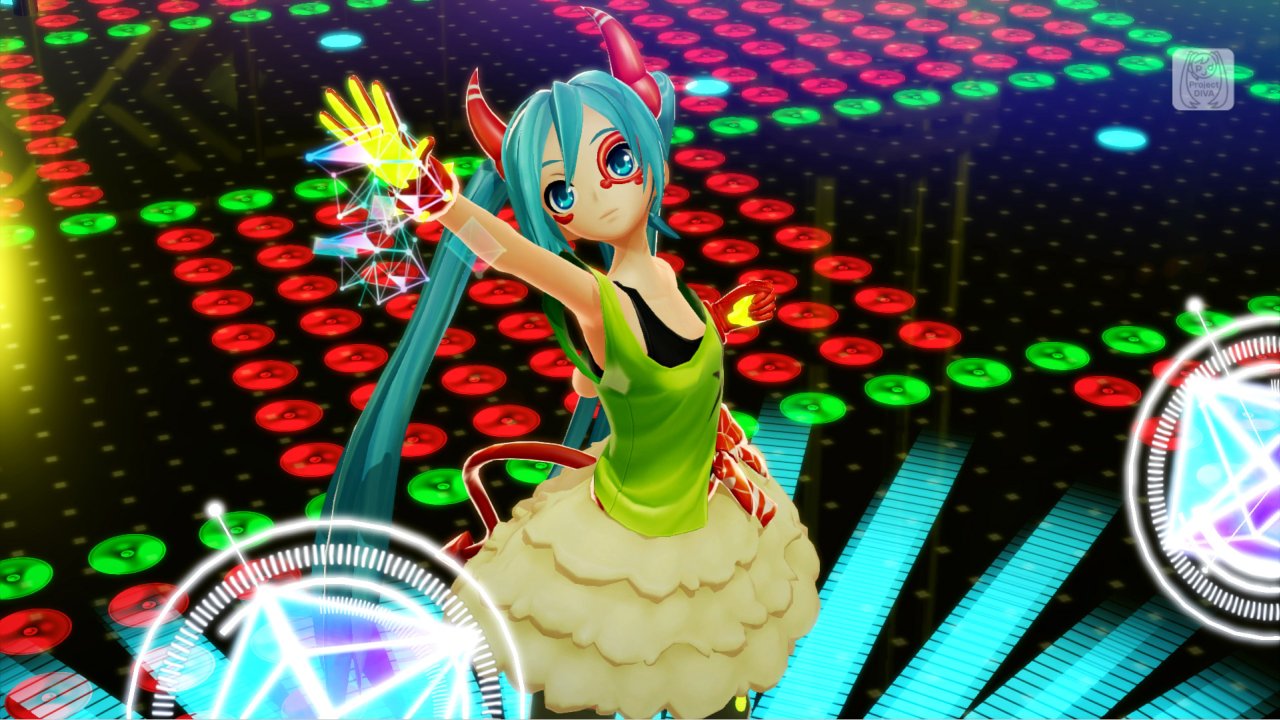 While those unfamiliar with the genre will likely have less of a problem with this, the Vocaloid license is such a niche property over here that I can't imagine this being the first game in the series for many. It doesn’t help that the game teases you with the promise of a final song late in the campaign, only to finish the tracklist and have Miku and company tell you that the only way to unlock it is to replay the previous tracks – though the fact that harder difficulties are available the second time around is a definite case of better late than never.

There are a few other gameplay features, including the ability to give characters gifts earned through loot drops and increase their module powers, a photo booth mode to pose the characters together with, and an option to edit camera shots and effects for the playable songs. I didn’t bother with these much due to being more interested in the gameplay than most other factors, but they’re a decent option for anyone interested in them.

Project DIVA X retains the same solid gameplay the series has relied on and offers some of its best songs, but suffers a bit in other areas. Between the throwaway story, overly limited progression, and artificial campaign extension later on, a lot of things felt like they got in the way of my enjoyment, rather than enhancing it, and there isn’t enough new when it comes to the primary note-matching moments to fully make up for these stumbles.

Our ratings for Hatsune Miku: Project DIVA X on PlayStation 4 out of 100 (Ratings FAQ)
Presentation
78
The Vocaloids make the jump to current-gen hardware admirably, with character models getting a visual upgrade, flashy environments, and a tracklist that, while a mixed bag, contains some series highlights.
Gameplay
75
The minimal changes made to the rhythm gameplay won't change the opinions of anyone familiar with previous entries, but it still remains engagingly toe-tapping and accessible.
Single Player
55
The campaign's added plot is bland and unnecessary, and locking higher song difficulties behind a full playthrough of the tracklist will result in a dull first run for rhythm veterans.
Multiplayer
NR
None
Performance
85
The game has no problem maintaining a smooth 60FPS, even during its flashiest portions.
Overall
72
Hatsune Miku: Project DIVA X boasts a nice graphical upgrade, some good tracks, and the same solid gameplay as previous games, but some awkward changes in progression cause it to stumble in its overall execution. 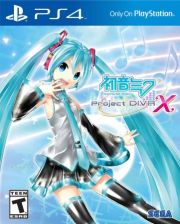