We listen to some of the tracks from the upcoming game

As the Call of Duty XP 2016 convention buzzed all around The Forum, a more personal set of conversations were happening in the Forum Club area, a small lower level lounge where a series of panels were hosted for the fans that wanted to know more about a particular aspect of the Call of Duty universe. We had a chance to attend a panel entitled The Music of Call of Duty: Infinite Warfare. It was moderated by Ashton Williams (Community Manager from Infinity Ward), and attended by Stephen Miller (Audio Director at Infinity Ward), Sarah Schachner (Composer), and Jonathan Mayer (Senior Music Manager/Producer from Sony Interactive Entertainment). 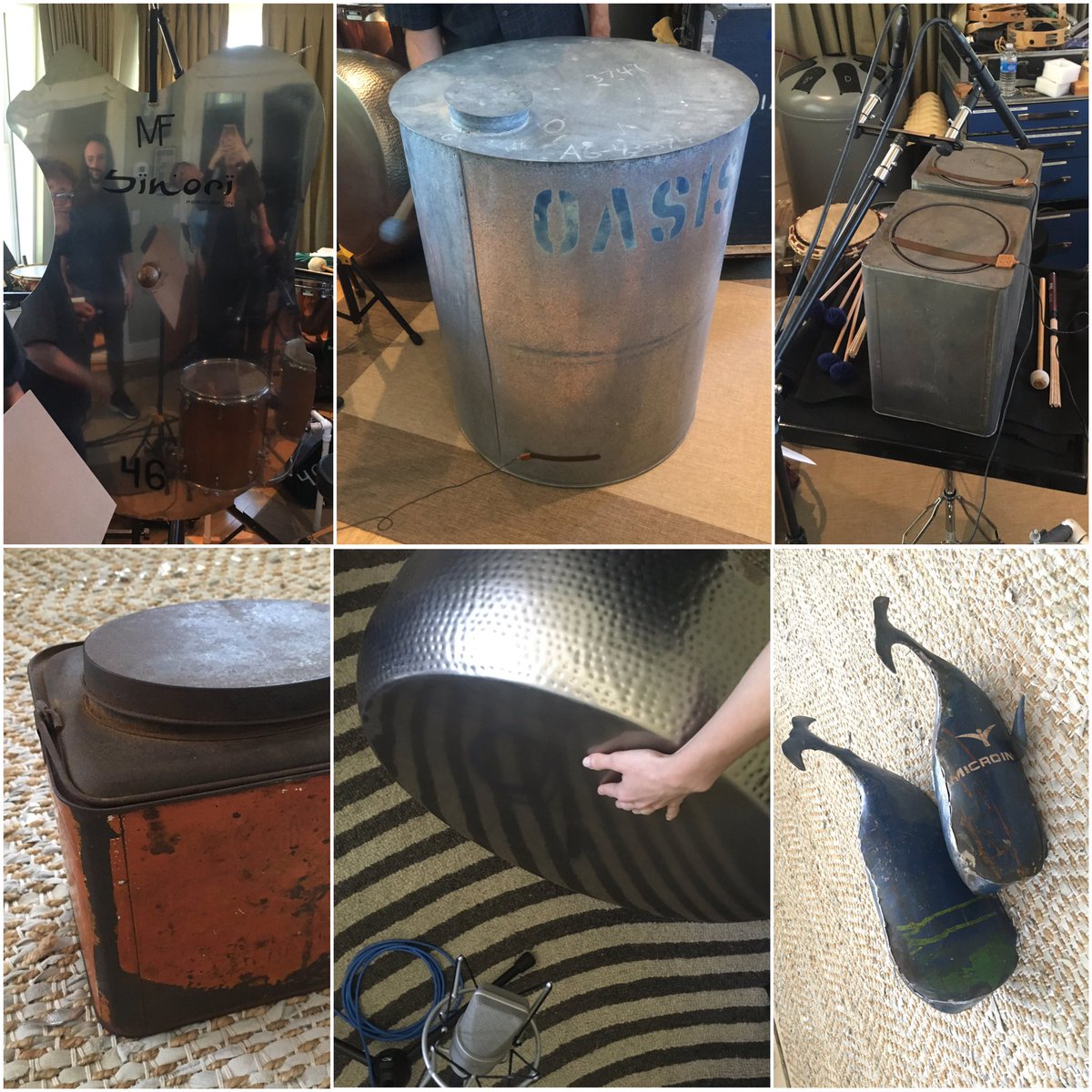 The panel was focused on the music and audio design for the upcoming Call of Duty title. Steve told the audience that as with every game iteration, Infinity Ward started with a large list of possible composers and then narrowed it down by choosing a specific style and theme. Eventually, they narrowed it down to about three, and Sarah was chosen. From Sarah’s perspective, she simply submitted her demo reel. She admits that she doesn’t quite have a reputation yet as a well-known composer (though she did score Assassin’s Creed: Unity), so it was a pleasant surprise to get the call.

Infinity Ward were looking for a composer that could create a score with a lot of emotion, and many elements. That emotional aspect and the intimate feel of the music is what set Sarah apart from others. We then got a chance to listen to a section of a track called Anthropic Universe. Its themes were loneliness and isolation that players will likely experience in the outer space setting. It was the piano version of the track that slowly built up overtime; violins soon entered the music, followed by some techno effects. The track sounded quite nice while also going through a diverse musical soundscape all within the space of a few minutes. It turned out that this track was actually the demo that Sara submitted to Infinity Ward, and it captured perfectly what the studio wanted. John commented on the fact that the dev team encouraged Sarah to compose longer form pieces of music that evoked a unique feeling based on what was known of the story early on, and Anthropic Universe is also a fitting example of that mentality.

As is usually the case, an orchestra was used to create the music. John knew heading into the process that Sara’s sound would involve a lot of strings (Sara plays cello, violin and so on). The fusion of organic elements and synthetic sounds was important as well. The team knew they didn’t want a traditional large orchestra. So instead, they went for something different. As Sarah’s compositions were being created, they only needed around 30 string instruments, 10 or so low brass players, and fewer violins in general. It was something different, with a small orchestra creating that emotional, personal feel that they’ve been striving for. 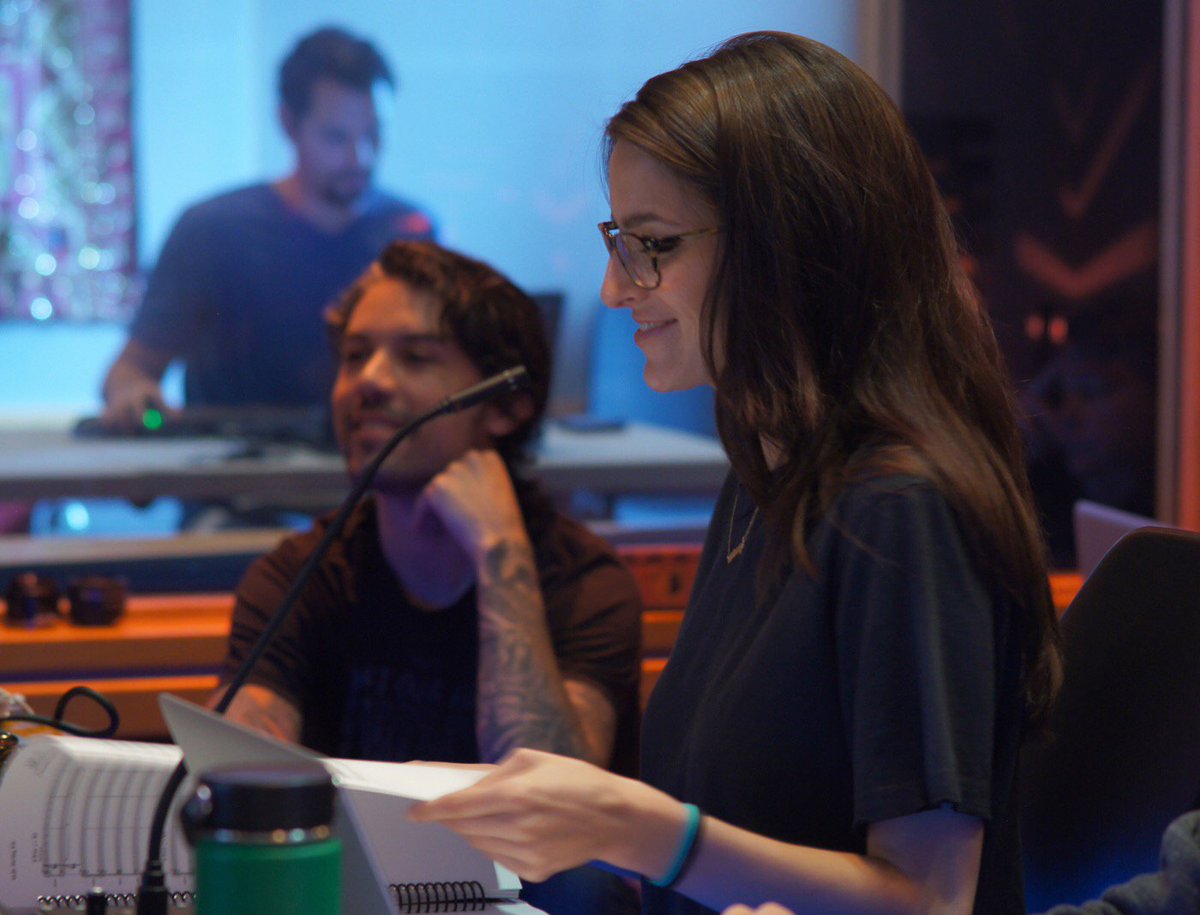 We then listened to a part of another track called Europa. This piece showcased the fusion of synthetic sounds with the orchestra. When it comes to music that uses both of these elements, the synth is usually employed in a supporting role for the rest of the music. But with Infinite Warfare, Sarah wanted these techno sounds to be a part of the orchestra. The track started off with many techno elements, and then low base traditional instruments entered the music. Sarah once again mentioned that Infinity Ward didn’t want a soundtrack for a generic sci-fi setting, and so the combination of traditional strings and synths was planned from the start. The composition process was fairly collaborative early on, letting everyone agree on the style of sound the team wanted.

John mentioned that Sarah was given a lot of trust and leeway by Infinity Ward. They didn’t want a soundtrack that just became background noise for action and explosions. They feel Sarah’s music does fill that role during the game’s energetic moments, but it also has heart. Leading with cello instead of violins as typical was an important alteration. Instead, violins are mostly used for a variety of cool effects, not as lead instruments. Sarah joked she doesn’t play violin much anymore, so that worked out well. Steve said that when he was approached with this unique idea, it was certainly strange even for the orchestra performers themselves, but it worked out in the end.

Next up we got to hear a track called Titan. This was one of the earliest compositions for the game, said John, and it had an impact on rest of the score. It demonstrated techniques they wanted to use with the orchestra, such as non-traditional string falls. This track was action-focused, and represented the relentlessness of our enemies, and dread of heading into combat.

The panel continued to discuss the unusual choices they made with the soundtrack for Infinite Warfare. John mentioned they had string players sit in weird places, close-miked some specific instruments, ran the results though some distortion, and so on. This resulted in unique effects on some tracks, such as when players with 5.1 or greater speaker setup will be able to hear music almost swirl around them. The orchestra in Nashville were at times confused as to what the final product may sound like, being given just partial unusual effects to record. The soundtrack for the game was actually recorded in what used to be a church. Steve described this space, where jazz and country music is often created, as an intimate and personal – exactly the theme they wanted for the music, as has been mentioned multiple times during the panel. It is a historic place, and there was a certain feeling anytime they walked into the studio.

One such effect that Ashton highlighted was the “angry bees”. Sarah explained that this sound effect was also unconventional – she provided a very technical answer that most in the audience would find difficult to decipher. In layman’s terms, violins used unconventional methods to produce a sound that was then put through filters, and the end result sounds a bit like a swarm of bees. Odd as it may be, John pointed out that the recording process was certainly some fun for the orchestra, and as an added bonus they didn’t need to be as much in tune as during more traditional recording sessions.

John was also not afraid to use creativity when working on the soundtrack. He told a story of how one day, string players were brought in but they weren’t actually needed. But since they were already at the location, he decided to experiment. With a background in drumming, he created a few beats for what would be traditionally played on cymbals, but instead gave that sheet music to the string players. They would then create their interpretation of the track, with rarely-used methods like tapping on the wooden body of their instruments. Sarah then used these experimental recordings to create percussion tracks. We listened to a track named Mission Suite that exhibited a variety of fairly unique effects.

For more technically-inclined fans, we were told the soundtrack has many time signatures, from 5/4 to 11/4 with various polyrhythms. Sarah says she was inspired by Tool and other metal bands for the technical aspects of Infinite Warfare’s soundtrack.

Steve talked about the process of recording sound effects for the game. While Activision’s success has always granted the developers access to many unique opportunities, it wasn’t until now that they got a chance to sound capture a jet. Steve has been working on Call of Duty since Modern Warfare, and this year they finally found a man, a plane, and a location to record for a day. We watched a video of the team capturing the sounds of the airplane in a variety of scenarios, even during a flyby at a low 15 feet above recording person, at 350 knots. The plane chosen was a smaller model, and without afterburners for a purer sound. 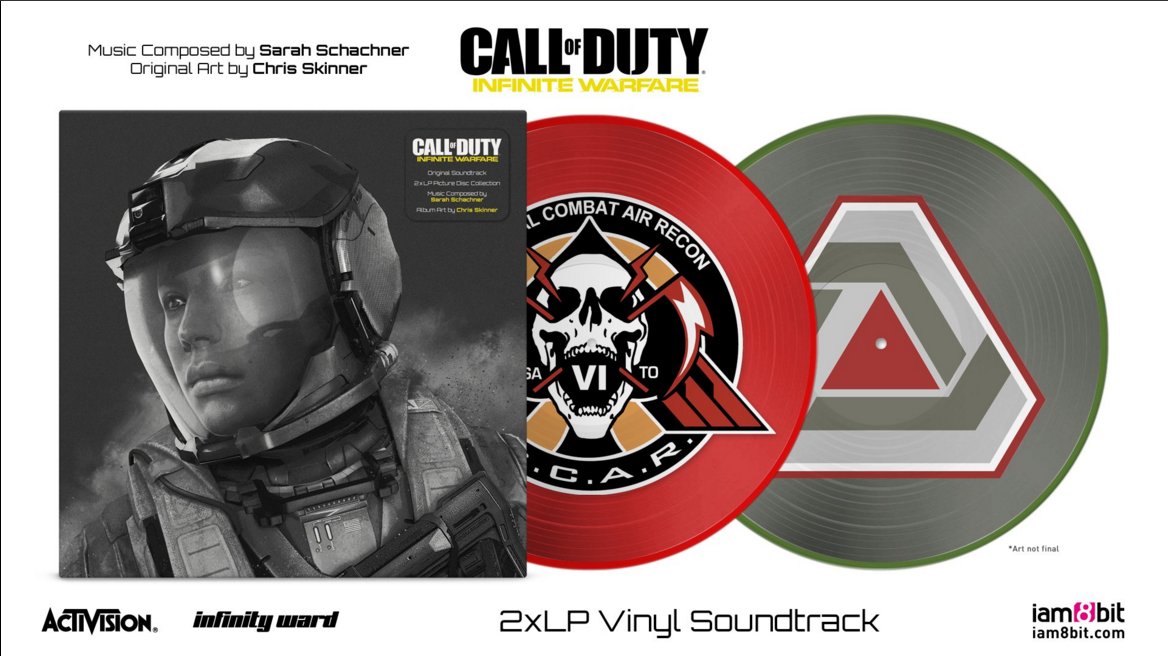 During his years at Infinity Ward, the biggest changes for Steve would have to be the improvement in the tools and recorders. The tech of the game engine itself has also gone through dramatic changes and allowed the sound design to grow exponentially. Making the jump to current generation of consoles was very notable – assuming the graphics guys didn’t hog all the new horsepower, he joked.

For hardcore music fans, Iam8bit is creating a 2x LP Vinyl edition of the soundtrack for Infinite Warfare. Or you can also grab the “UFO Picture Disco Record” vinyl soundtrack of the Zombies in Spaceland mode from the game. Both can be pre-ordered now.

The music panel for Infinite Warfare was an insightful one, with a team of individuals who are clearly both skilled and passionate about their craft. But just as the great music in Call of Duty games is sometimes drowned out by the sound of explosions, very few Call of Duty XP attendees showed up for this informative panel. Which is too bad, because Sarah’s music was notably unique and sounded quite good; hopefully players will be able to appreciate it when the game is released.