Not many expected Journey to have such a far-reaching impact when it was released back in 2012. It was a minimalistic game that relied heavily on its visuals and artistry to immerse players in its remarkable but sometimes dangerous world. Since then, there has been no shortage of titles that attempted to recapture this magic, carefully adding just enough gameplay mechanics to not be classified as “walking simulators” while also carrying a narrative thread through a brief running time. One such new game is Abzu, an underwater adventure. 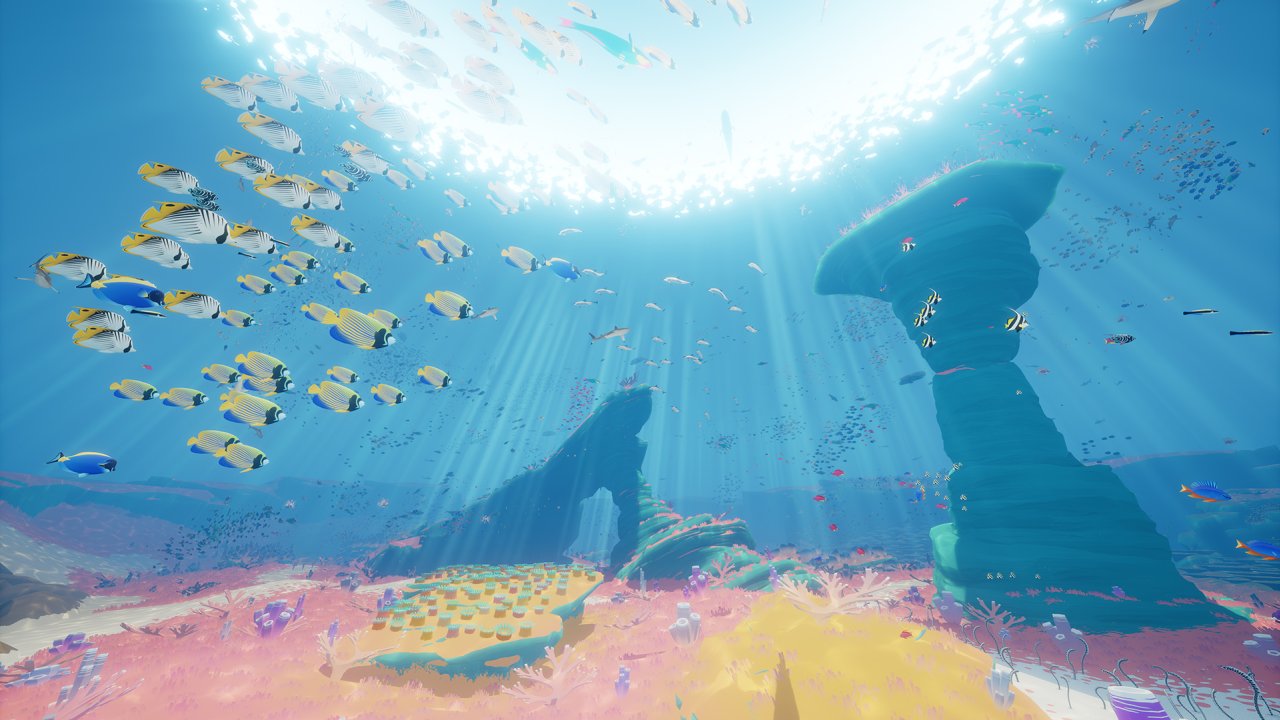 Though Abzu shares the same game subgenre as Journey along with other games, it begs to be compared to it specifically for the fact that developers Giant Squid are helmed by Matt Nava. He was the art director of Flower and Journey, who started this new studio after departing from thatgamecompany. And just like Journey, players diving into the worlds of Abzu for the first time will immediately notice the beautiful art style. The visuals in Abzu are slightly stylized, so you won’t see something like the incredibly impressive grains of sand in Journey’s deserts. Instead, Abzu aims for a similar art design that refrains from becoming realistic. It works quite well – the game features a great variety of colors and lighting effects that all look quite good. It’s not the most impressive game from a technical perspective, but as far as the art goes, it’s certainly one of the most memorable.

Another point of direct relation to Journey, and Abzu’s second most standout feature, is the soundtrack. Once again, composer Austin Wintory from Journey has been enlisted to create a score for Abzu, and he does very well. From the brooding melodies as you explore the depths of the ocean, to the lighter musical tones of playing around with colorful fish near the surface, everything you do in the game is carefully and near-perfectly matched by the accompanying score. It’s a selection of great tracks that perfectly complement the game’s atmosphere and aquatic setting. 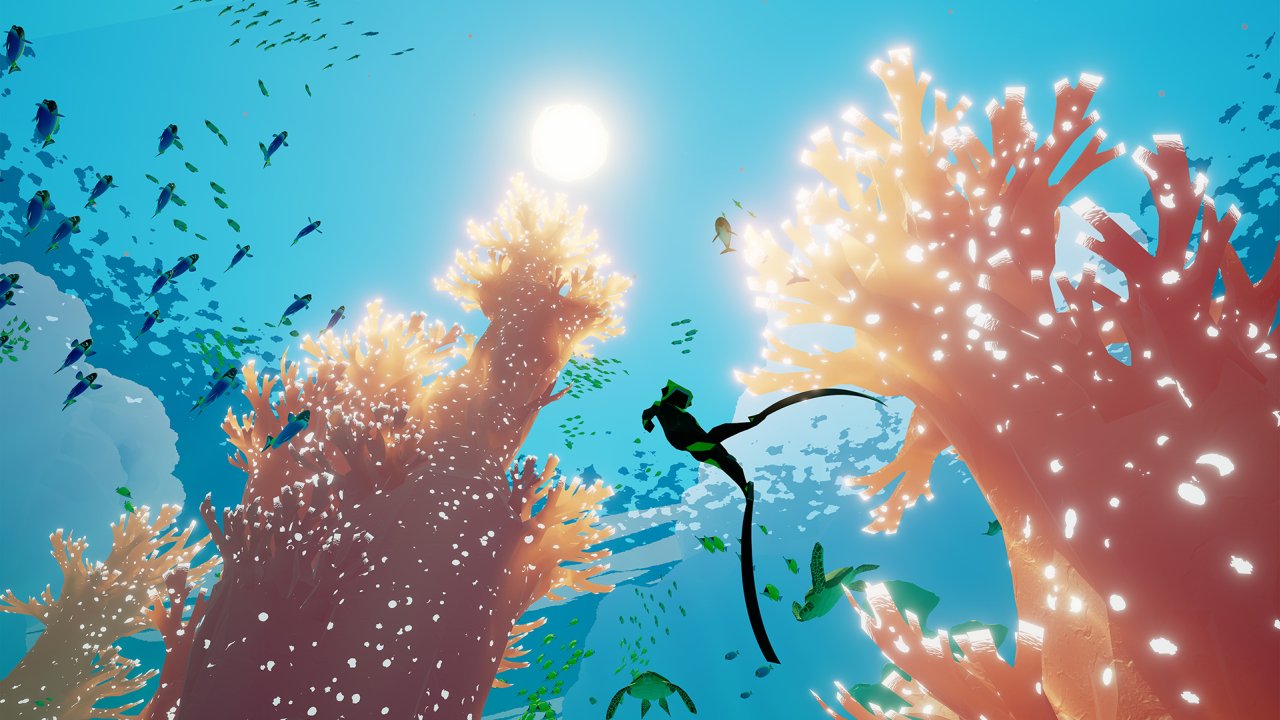 But what do you do in Abzu? Well, it is a 3D underwater exploration game that’s meant to be a relaxing and ambiguous experience. You control a diver and can explore the ocean floor and its varied fauna and flaura. Players will visit a variety of visually and thematically different submerged environments, from the typical seabed to the mysterious structures created by unknown civilizations long ago. The amount of diversity and density, from the plants to the living creatures, is impressive and memorable. This world feels alive, as smaller animals scurry away from you, only to fall prey to larger fish moments later. When you’re not pausing to explore the larger areas of the game, you’ll be whisked away (often by grabbing on to a larger creature) on a linear current to the next area. These scripted sequences often produce some impressive sights, like swimming alongside giant whales. In a few ways, Abzu feels similar in its gameplay flow to another title from thatgamecompany - Flower.

While swimming is fun, and occasionally disorienting, there’s little else to do in Abzu. Sporadically, your progress will be impeded by simplistic puzzles, some of which require you to get out of the water and explore small walkable areas. Players can also hunt for collectibles, use a pulse to interact with friendly drones or open doors. You can interact with some items to restore life to parts of the world, or simply sit and meditate at certain spots to observe the underwater life from the perspective of a few different creatures around you. Abzu is purely an exploration game; there is nothing that can hurt you, so there is no damage to worry about, and getting lost is difficult. 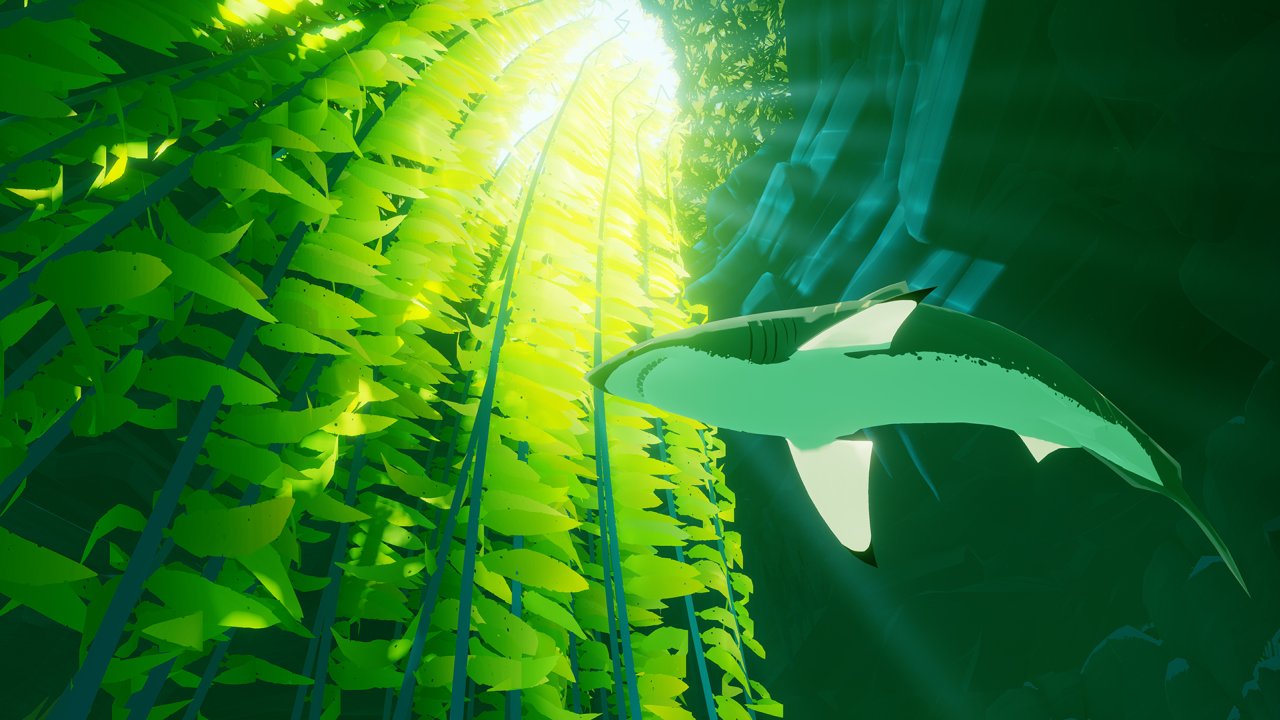 The thinly veiled story is told via mute cutscenes and supernatural imagery, and the game can easily be completed in under two hours at a semi-leisurely pace. You’ll learn about underwater temples, hints of a lost civilization, and the ambiguous truth about yourself and the world around you. The story isn’t particularly memorable nor communicated clearly enough, leaving it feeling open-ended yet not fully satisfying.

If you’re looking to get immersed in an underwater world full of life and a tiny bit of mystery, Abzu fits the bill. It’s a nice game that’s great for brief sessions to simply take in the great visuals and soundtrack, and be in awe of the scripted sequences. But those looking for a deeper meaning or engaging gameplay may be a bit disappointed, and Abzu doesn’t quite have the elements to make it genre-defining. Priced at $20, this sub-2 hour game is a little more expensive than Journey was, or another recently released underwater adventure Song of the Deep. Still, if there was ever a question about the artistic quality that video games can deliver, Abzu would be near the top of the list.

Our ratings for Abzu on PlayStation 4 out of 100 (Ratings FAQ)
Presentation
90
A highly impressive visual and audio package that is also the game's biggest strength and selling point.
Gameplay
60
Abzu attempts to add a few different interactive elements as to not be a completely passive experience, but it all comes across as very basic, rather than the minimalistic.
Single Player
65
A rather brief experience that lacks any sense of urgency or danger. Limited replay value, unless you wish to see the sights and sounds again. The story isn't satisfying.
Multiplayer
NR
None
Performance
95
No issues were noted.
Overall
72
Despite a short length and underwhelming gameplay, Abzu makes for a compelling adventure thanks to its striking visuals and a great soundtrack. 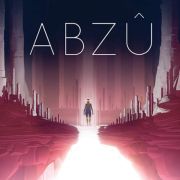 All videos for Abzu (2)
Advertisement ▼