All difficulty, no depth

I had been interested in Necropolis for some time prior to its release. I first saw the game when poking around Hairbrained Schemes’ booth at PAX East last year - looking what information I could find out about Shadowrun: Hong Kong - and ended up falling pretty hard for their new action-adventure roguelike. Necropolis attempts to be a game about intense encounters, an oppressive feel reinforced by overwhelming enemies, and a combat system that values wits over brawn. In large parts, Necropolis succeeds in its desire to tax players with a challenge that forces you through the labyrinth of enemies time and again, but the game lacks an “it” factor that would make for a truly enjoyable experience. A lot of repeated assets and a lack of personality makes Necropolis feel like a grind almost instantly, letting down the decent mechanics it has going on under the hood. 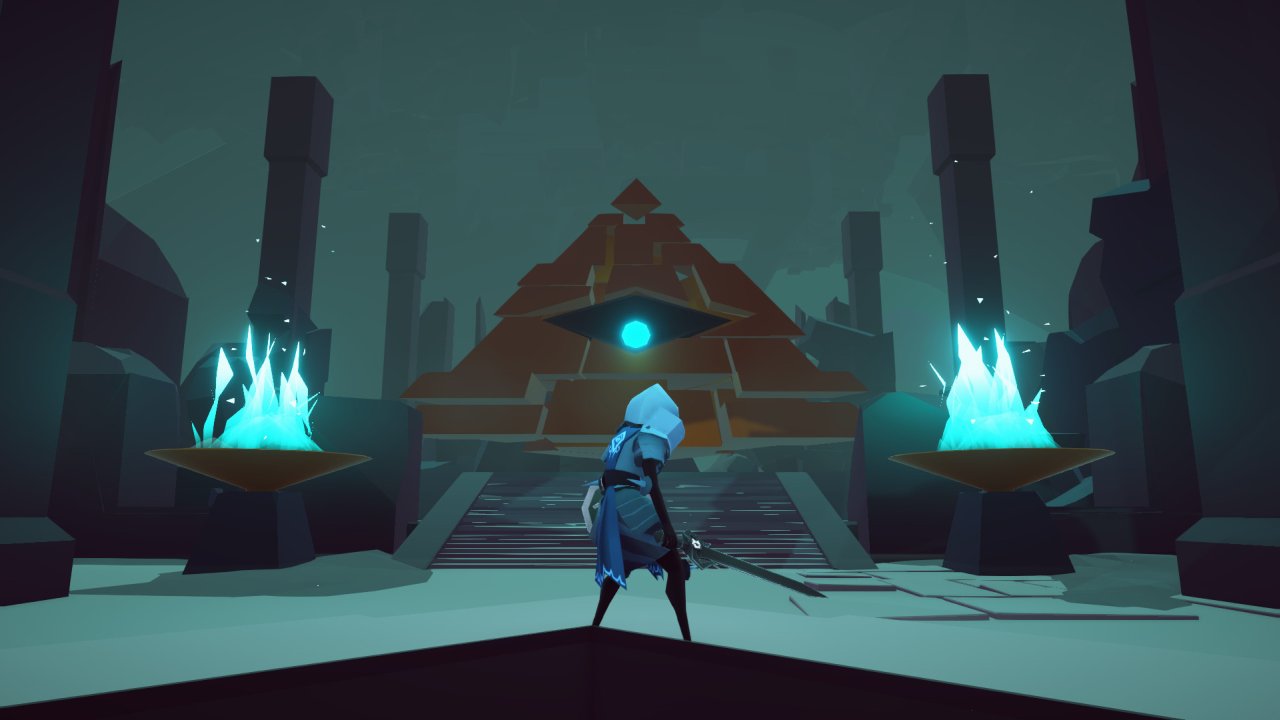 Where Necropolis succeeds - for the most part - is in its gameplay. Souls-like in its taxing and slow paced combat, the game pushes players to consider every swing of their sword while trying to think four steps ahead of their enemies. The small-scale fights in Necropolis are really quite fun; intimate encounters that force players to take nothing for granted and use the full set of tools at their disposal to survive. No matter what level you are facing in Necropolis, you will find enemies who can quickly put an end to your run.

Necropolis’ large scale battles are less rewarding. Since each enemy has the ability to destroy you, it is easy to get overwhelmed. Occasionally you’ll come to rooms in the game that have five or six enemies and you’ll quickly find such numbers are likely to lead to your doom. The best answer to survival here is to run, backtracking in an attempt to avoid your foes. Enemies can hurt each other, so a good strategy is often to lure enemies toward you, then duck out of the way, having them miss and hit each other. Doing this enough can get different sects of enemies to forget about you and start fighting among themselves. This can save you the trouble of getting mowed down by a horde. The downside is that the strategy doesn’t make for much fun, as running away offers little thrill and there’s almost no reward in just sitting around watching enemies slaughter each other, because it happens so slowly.

Being a roguelike, there is a lot riding on the combat of Necropolis as it needs to be inviting for players to battle their way through the dark corridors time and again. This is a bit of a mixed bag. The small, more rewarding battles might entice you to start again, but the slow pacing of the design makes the process feel like a long grind. Here is where the biggest issue with the large-scale design lies: you spend so much time invested in these tough battles and slow dungeon-crawling that when you die it only offers the promise of another lengthy journey back to the same spot. 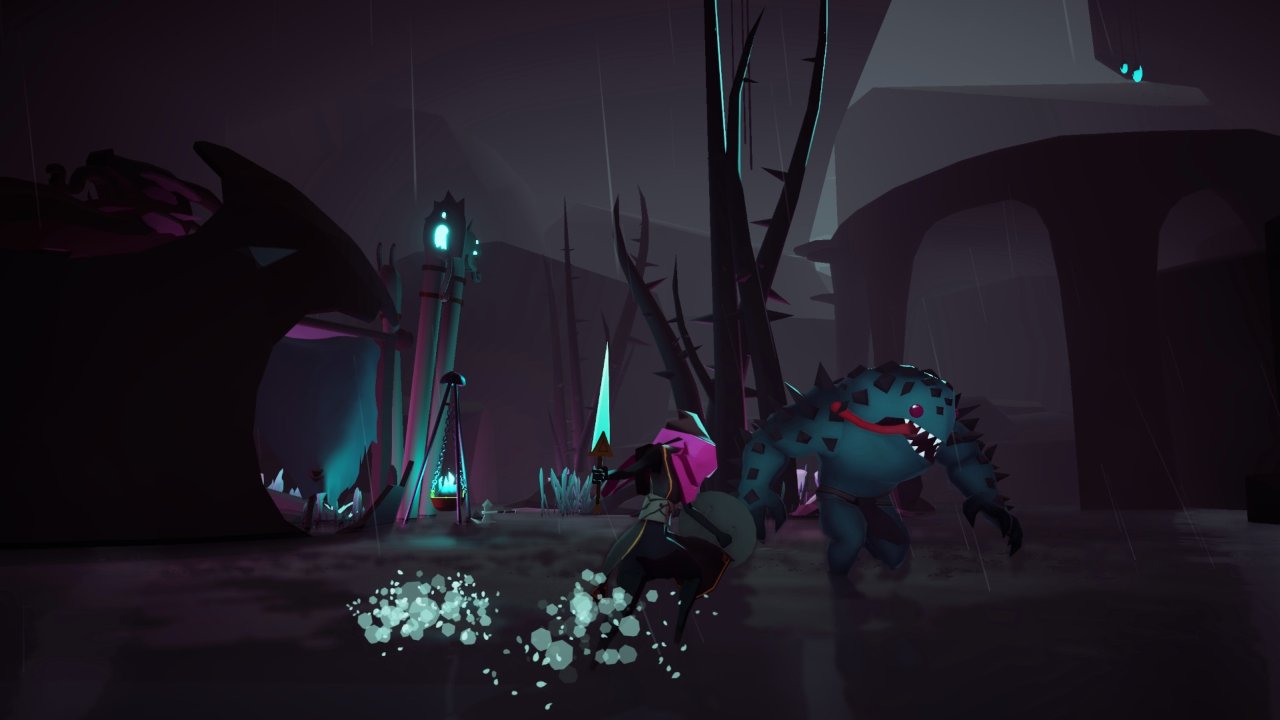 In and of itself, this grind wouldn’t be so bad, but it becomes worse as Necropolis lacks in the way of visual flair. The art style is unique enough, but it doesn’t really connect to anything substantial in the game. In the end, there’s nothing to really sink your teeth into. The art assets quickly feel reused as the randomly generated rooms all start to look the same, and the long corridors feel all too familiar. The game tries to buck fantasy conventions with a sense of humor, mocking lore-heavy experiences with its tongue-and-cheek attitude. It invites you to think that it’s doing something much more interesting with its humor, but the jokes dismiss anything of value in the writing, and thus the writing itself feels invaluable.

If we’re not supposed to care about the lore of the Necropolis, what exactly is supposed to be the carrot that keeps us going forward? This is where Necropolis completely falls apart. There’s nothing worth caring about in this game. There’s no character to gravitate towards because they all inevitably die. There’s no investment into the world or the people that populate it, because Necropolis doesn’t seem to care about it. There’s even a supposedly-unintentional message that we’re not supposed to care about the art because it’s so barebones. The game attempts to lean on a singular character, Abraxis for some sort of life, but the character’s lines (like the art assets) quickly become repeated and lack anything worthy of more than passing interest. It is all so disposable.

The problem with Necropolis is that it takes for granted the player’s interest. It assumes you want to slowly grind away at its levels because you just will. It’s as if Harebrained Schemes forgot that there’s a whole world outside filled with tons of other things to do, or that it has the endless bounds of the Steam library to compete with. I don’t begrudge Necropolis for its difficulty or pacing, but it fails to understand that it needs to provide the player something of value in return for their grind. 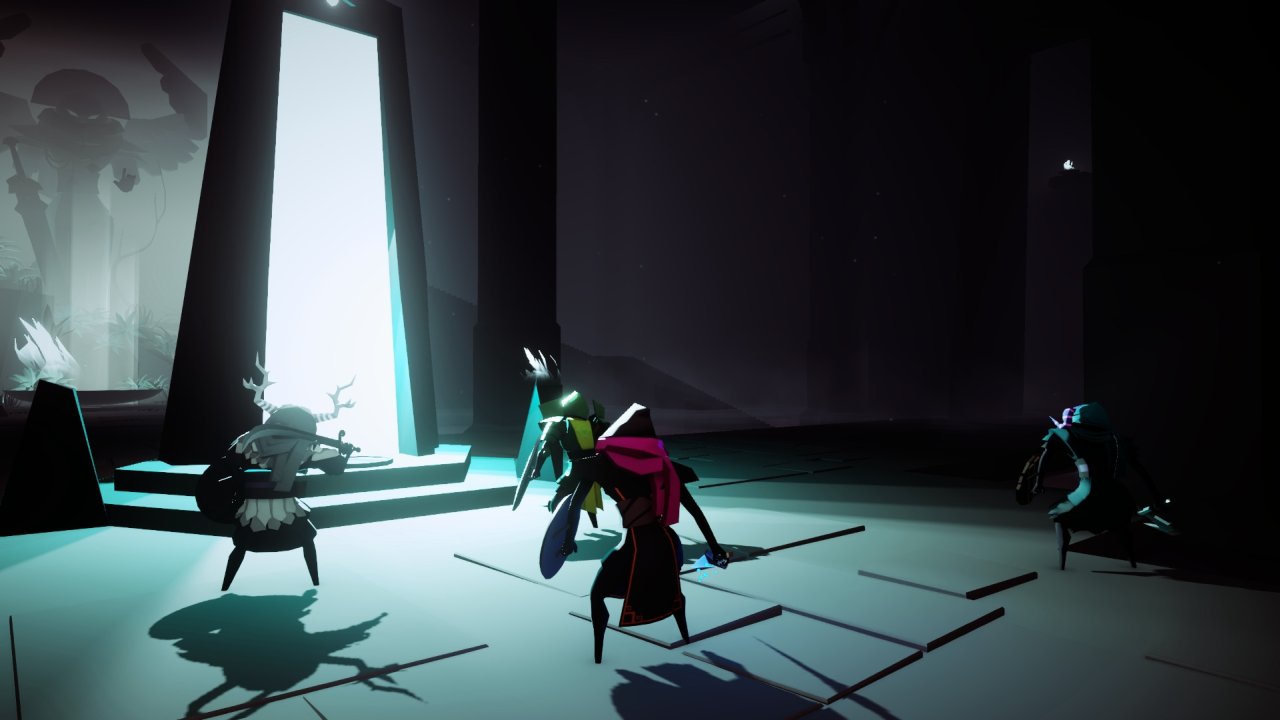 One of the ways to make Necropolis feel more like fun and less like work is to play it with friends. Suddenly, the cramped hallways and trap-filled rooms feel less oppressive when you’re sharing them with an ally. Even adding just one extra person to the fray made the battles seem easier; I couldn’t imagine how much damage a team of four could do. Perhaps the biggest bonus in the multiplayer is that players can revive each other after they are killed. The game tries to balance this out with friendly fire, but it doesn’t stop the game from feeling significantly easier. That being said, the difficulty of Necropolis wasn’t ever the problem. Even with a friend, Necropolis still lacks an interesting atmosphere worthy of exploration.

However, playing Necropolis with others is not very easy. The title doesn’t have any matchmaking options so unless you have someone on your friends list who also has the game, playing multiplayer isn’t an option. It’s something that seems extremely archaic in 2016 and since Necropolis is a smaller release, the idea that there’s a robust community of friends you already have enjoying the game is incredibly slim. 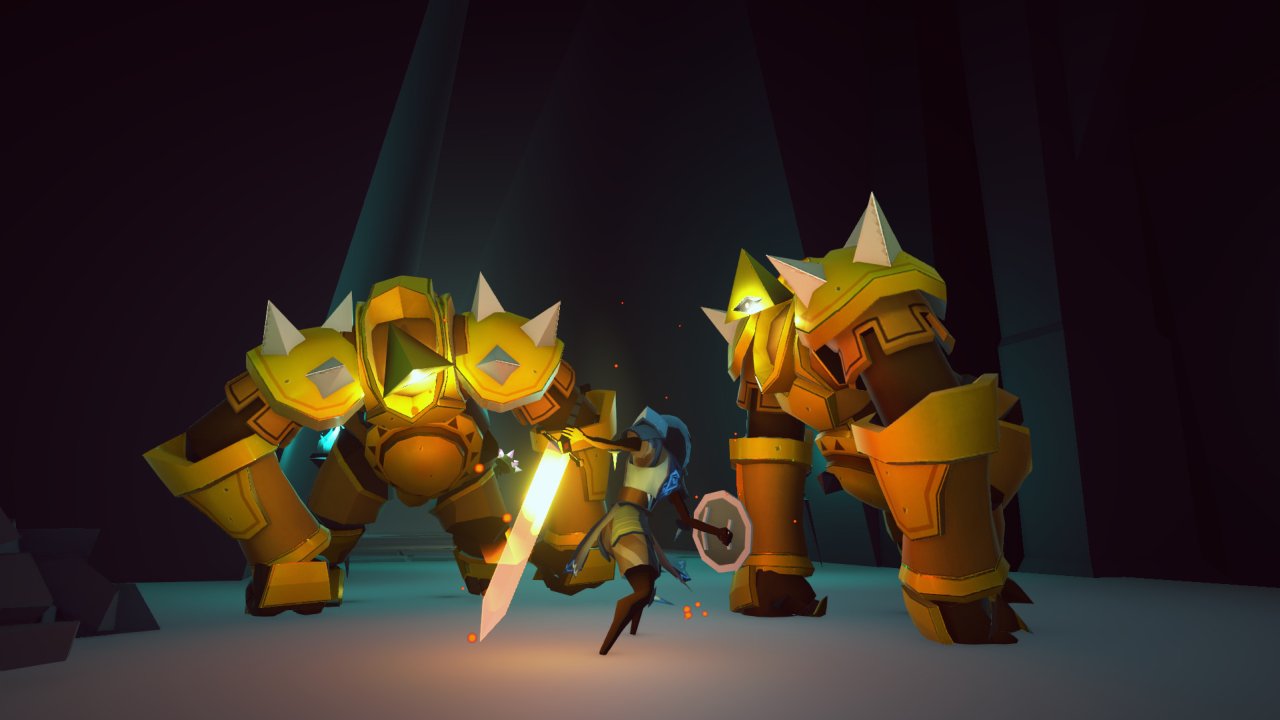 Necropolis feels like practice for other, deeper games in the genre. Its demanding gameplay is unforgiving, its slow pace is unyielding - and in plenty of games that is a good thing. It is only when your labor bares no fruit that you begin to wonder if you’re stuck in some sort of nihilistic practical joke. Is Necropolis anything other than a glitch where you fall through levels, pausing occasionally to do battle with new, evenly matched enemies? Not really. That’s a shame. If you root around in Necropolis, you can’t help but feel like there could have been more to the game that was never explored. At the beginning you can pick if your character is the son or daughter of a certain name. That’s cool, but it make no sense as you don’t know anything about names and they have no obvious effect on the gameplay. The choice seems meaningless. This perfectly sums up every choice surrounding Necropolis. Will you go through the left door or the right door? It doesn’t matter, nothing you do in the game really matters, not in the moment to moment experience and not in the overall experience. These choices feel empty and insignificant - and that’s what Necropolis feels like as well.

Our ratings for Necropolis on PC out of 100 (Ratings FAQ)
Presentation
73
Necropolis certainly has its own unique look - a dark a gloomy atmosphere with barebones lighting. But it’s one note mood doesn’t sours quickly.
Gameplay
81
The large fights are a little redundant, but the small, intimate encounters are great.
Single Player
52
There absolutely nothing engaging about Necropolis. Mechanics aside there’s nothing that encourages you to try it again and again - something sorely missing in a roguelike.
Multiplayer
50
Playing with a friend makes Necropolis a little easier, but doesn’t add much meat to the design. The lack of matchmaking is severely outdated.
Performance
(Show PC Specs)
CPU: Intel Core i5-3570K
GPU: Nvidia GeForce GTX 660
RAM: 8GB
OS: Windows 10 Home 64 bit

90
The game runs fine. The loading times aren’t too long and I encountered no bugs.
Overall
58
Necropolis has some good core mechanics, but the game assumes that you’ll want to start run after run simply out of your good graces, and fails to provide anything of merit for your efforts. 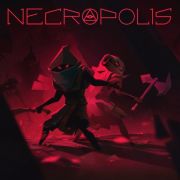 All videos for Necropolis (1)
Advertisement ▼