SOUTH PARK: THE FRACTURED BUT WHOLE
Platform: Xbox One
70
Reviewed on PlayStation 4
SummaryNewsArticlesVideoScreens

We take another look at the upcoming foul-mouthed sequel

Ubisoft managed to create quite an entertaining and completely true to source material game with South Park: The Stick of Truth two years ago. The title had managed to wholly capture the spirit of the show with all original voice actors and on-point visual presentation, accompanied by decently well designed gameplay. So it comes perhaps as no surprise that a sequel is in the works, and we got to see South Park: The Fractured But Whole at E3 this year. 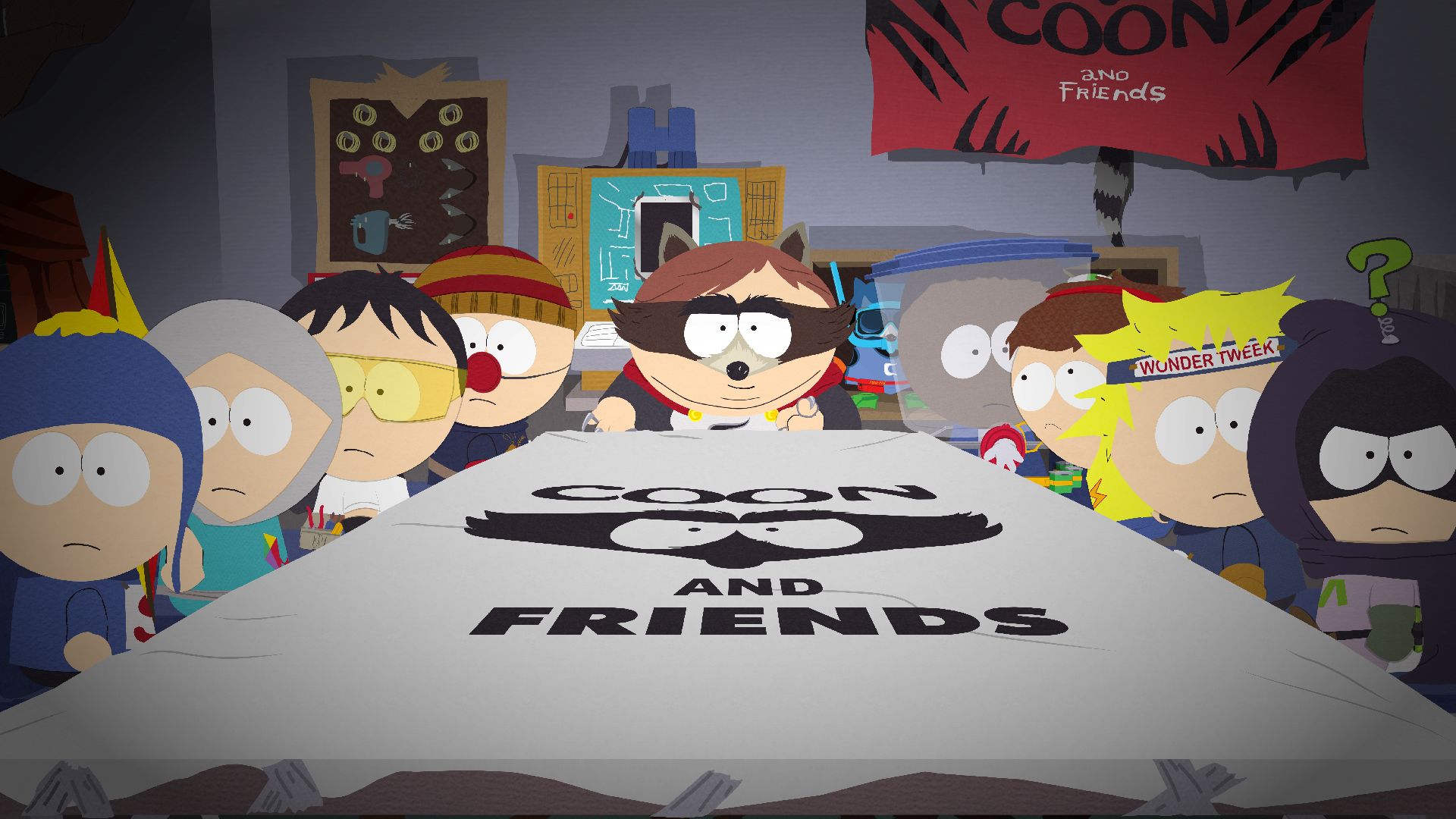 In a session hosted by producer Scott Crisostomo, we got another look at the upcoming humor-filled game. Players once again assume the role of the New Kid, and the events take place just after the first game. You've been crowned King Douche last time out, however the other kids have now switched from a LARP to a Superhero pretend game. We pick up the demo at Cartman's house; the kids are in the basement but the entrance is locked behind a keypad. Each key produces a profanity word of some kind, but there's no clues about what the password might be. So we proceed to explore the house in search of clues. Visiting the different rooms, we loot various drawers and find random and often inappropriate items for our inventory. Eventually we visit Cartman's room and find his journal. Inside, along with some illustrations that require blurring, we find the door code. Appropriately, it is “F*** you, mom”.

We open the door and make our way to the basement, and catch the end of the meeting for Coon and Friends, a superhero organization that's trying to decide how to arrange their movie lineup and who can reach out to Netflix. The dialog is funny, and of course in reference to the Marvel cinematic universe. After the meeting ends, we explore the basement a little bit and decide to touch the Galaxy Cube (a Rubiks cube that the boys pretend is important). This angers Cartman, but he finally decides to allow the New Kid to join this new superhero game. We get to pick from three classes initially, the Brutalist, Blaster or Speedster. More classes will become available later in the game, and can even be combined. To be a superhero, you need a dramatic backstory, and the same one is shown that played during the Ubisoft E3 presentation; I will spare you the details. There is also a quick enemy encounter that plays out as a tutorial of sorts, with Cartman dramatically narrating the events. 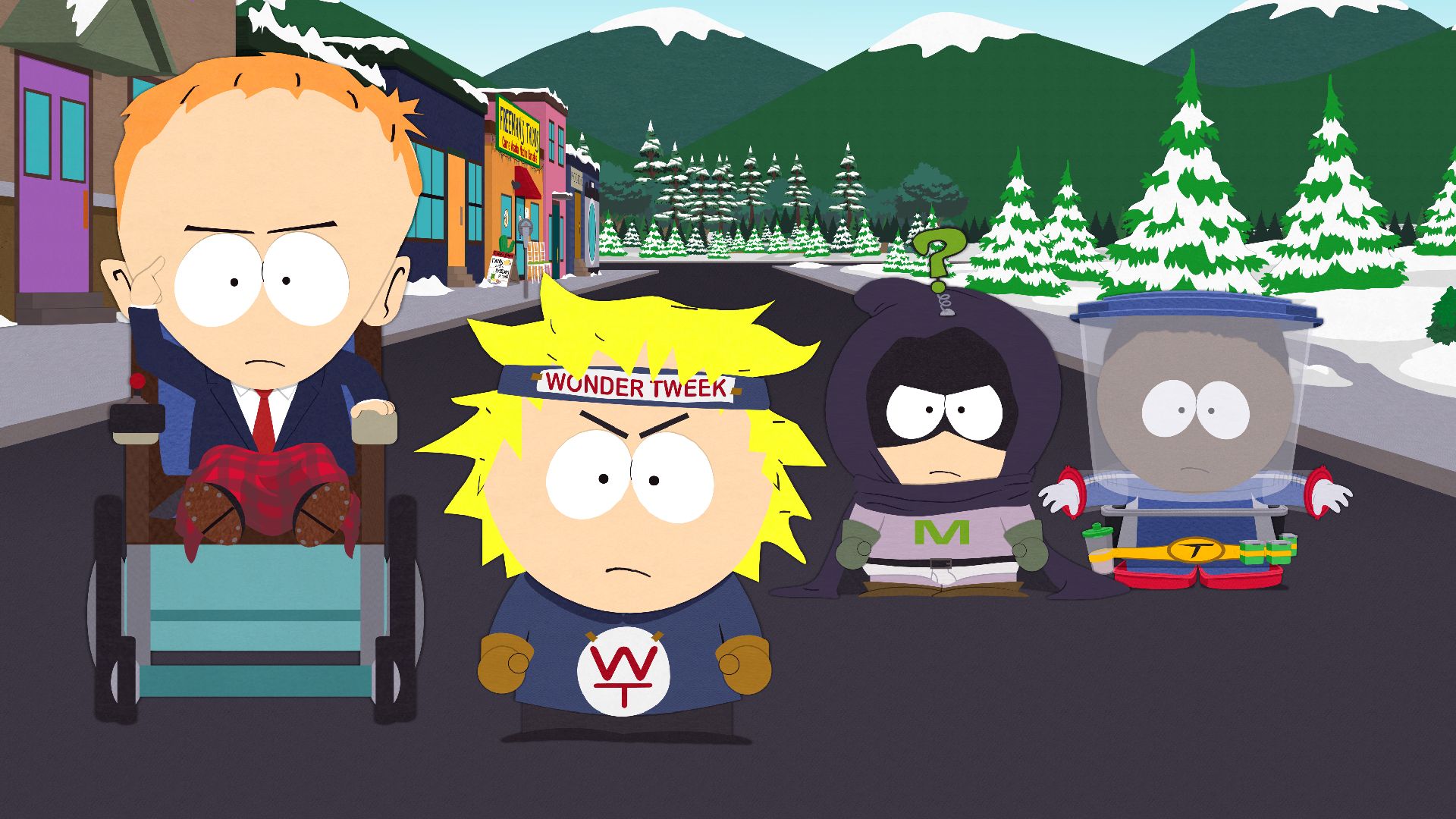 The demo moves on to a later segment, where the New Kid now has his superhero gear and is exploring the downtown of South Park. The group of kids soon runs into their rivals, Freedom Pals, and they decide to have a larger battle on the street. At one point it's hilariously interrupted by a passing car, with the driver yelling to the kids to stay on the sidewalk next time.

The battle showcases some of the new mechanics in Fractured But Whole. As a Speedster class, you've got a few attacks to use – Quantum Punch has some range; Resonance allows you to take two actions in one turn; and a Supersonic Dash can knock an enemy over into another if they are lined up. Positioning and turn order are now part of the combat strategy, as some attacks have area of effect functions and can strike multiple foes. The battlefield features a movement grid as well. There are many special abilities for all of the hero classes; the enraged state returns. You've also got an ultimate meter that builds as you deal damage, and eventually lets you unleash an extremely powerful superhero strike, such as the Multiverse Strike. 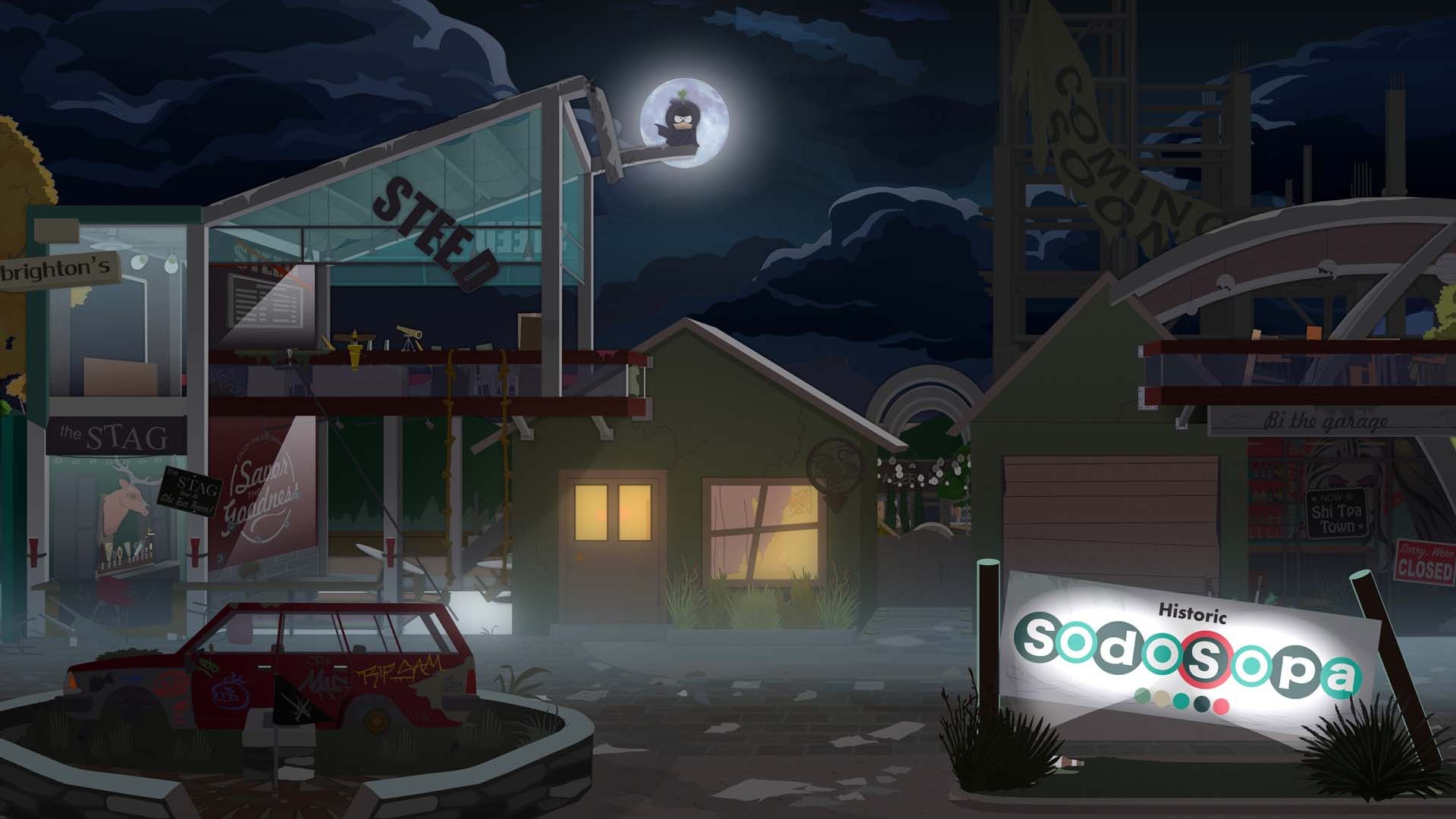 Combat, and many of the cutscenes in the demo, are infused with classic South Park humor and if the game can keep up this momentum, it should be quite funny, just as the original. Characters will now also exchange quips even during combat to keep things entertaining. While exploring South Park, there will once again be many areas that are hidden or inaccessible until you've recruited a superhero kid with the appropriate power to reach it.

The debut of South Park: The Stick of Truth made for a good, frequently funny and well designed RPG. But with this sequel, Ubisoft is clearly committed to creating a better game – one that is just as funny and just as virtually indistinguishable from the TV show. But more importantly, South Park: The Fractured But Whole aims to be a better game, with improved and expanded mechanics that should add depth and higher variety to the experience. Fans can look forward to the game this December, when it releases on PC, Xbox One and PS4. 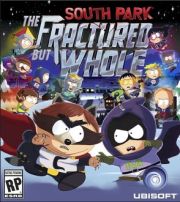