It has been a long seven years since the Rainbow Six series saw the light of day, with Vegas 2 hitting back in 2008. The gaming landscape has changed in the interim, and one might not think there is room for a high-budget slow-paced tactical shooter in today’s market. Fortunately, Ubisoft decided it was time to revive the twenty-year old FPS franchise with a modern, multiplayer-focused approach in Rainbow Six Siege, and they were overall highly successful. There are a few niggling technical issues and one design flaw that can lead to a lot of frustration which sadly holds the game back from its full potential, but these are issues that will almost certainly be resolved with updates, and what is here is already very enjoyable. 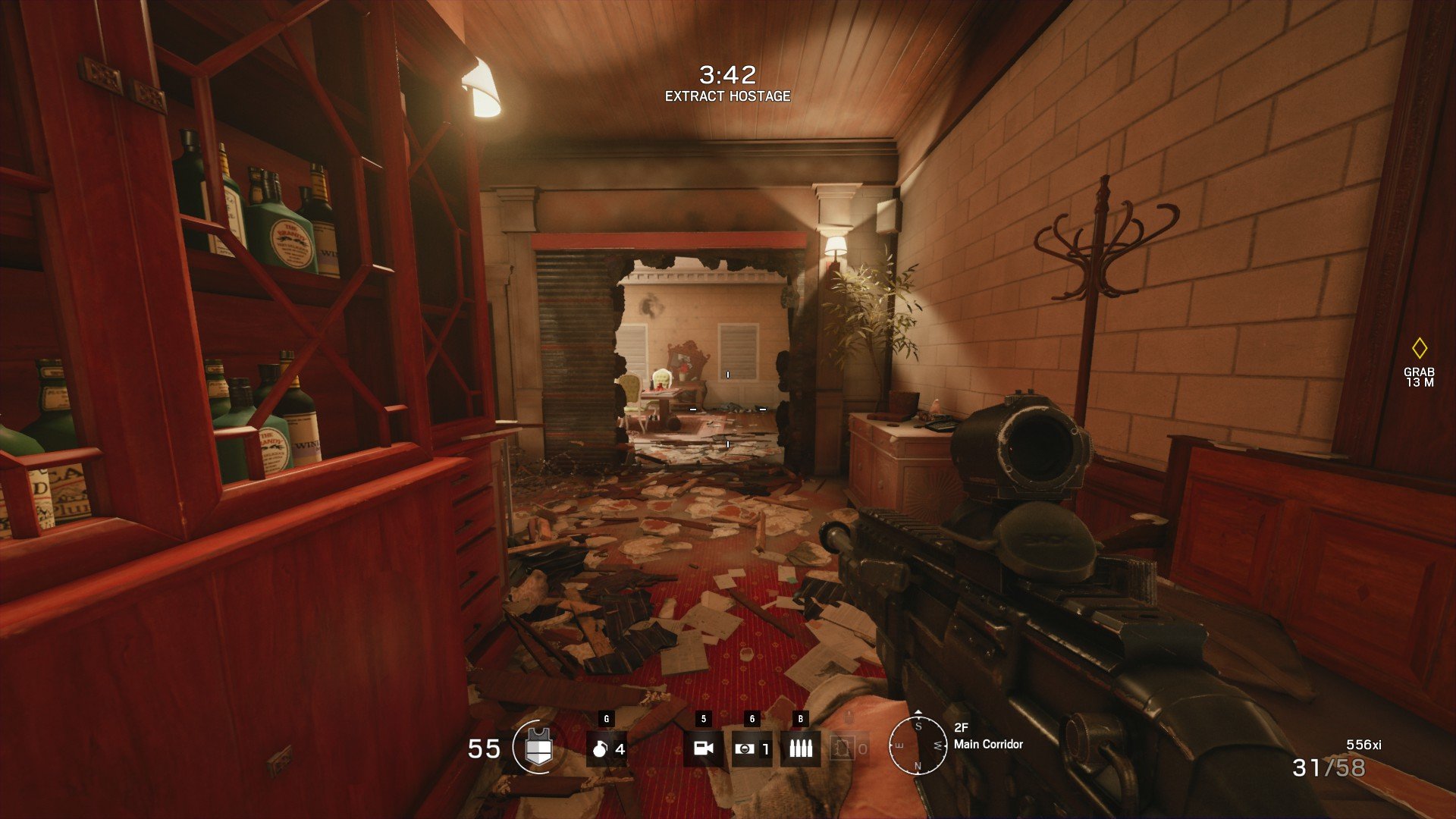 One of the major selling points of Siege is its destruction, and while this does play a major role in just about every match, some might be disappointed when they learn it is somewhat limited. Certain walls can be completely destroyed or shot through, while others will remain fully intact regardless of what you do to them. Ultimately, this is for the best, as the developers have clearly been deliberate in choosing which walls can be destroyed. Learning which walls will remain intact will become a critical part of your ability to stay alive, and this focused destruction is one of the big things that give Siege such a distinct pace and feel.

While the destruction might seem like the main differentiating factor for the game, there are several other aspects that help set it apart as well. The meat of Siege is in its competitive online play, and while there are technically three different modes, they all boil down to one team defending an objective which is located in a structure of some kind while the other team tries to bust in and capture it. Even though both sides run around with traditional firearms, they play in very different ways, meaning that this is very much an asymmetrical multiplayer experience.

The start of each round involves a brief preparation phase where the defenders must do their best to turn the area around the objective into a death-maze of reinforced walls, booby traps, barbed wire and various gadgets designed to foil the efforts of the attackers. The attackers use this time to buzz around the map with small electronic drones, attempting to pinpoint the location of the objective and determine what the defenders will be doing to try and stop them.

The objectives themselves come in three varieties; bomb-defusing, hostage-rescue and bomb-capture. They are all fairly similar in that the objectives are in one room or two close-by rooms that the defenders must protect. Completing the objectives require slightly different approaches; the attackers must be careful when playing the hostage mode not to kill the hostage with errant grenades or bullets, and the defenders must decide if they want to split up in the bomb-defuse mode which has two objectives, or stay together and move as a team if the attackers go for the objective they aren’t defending. 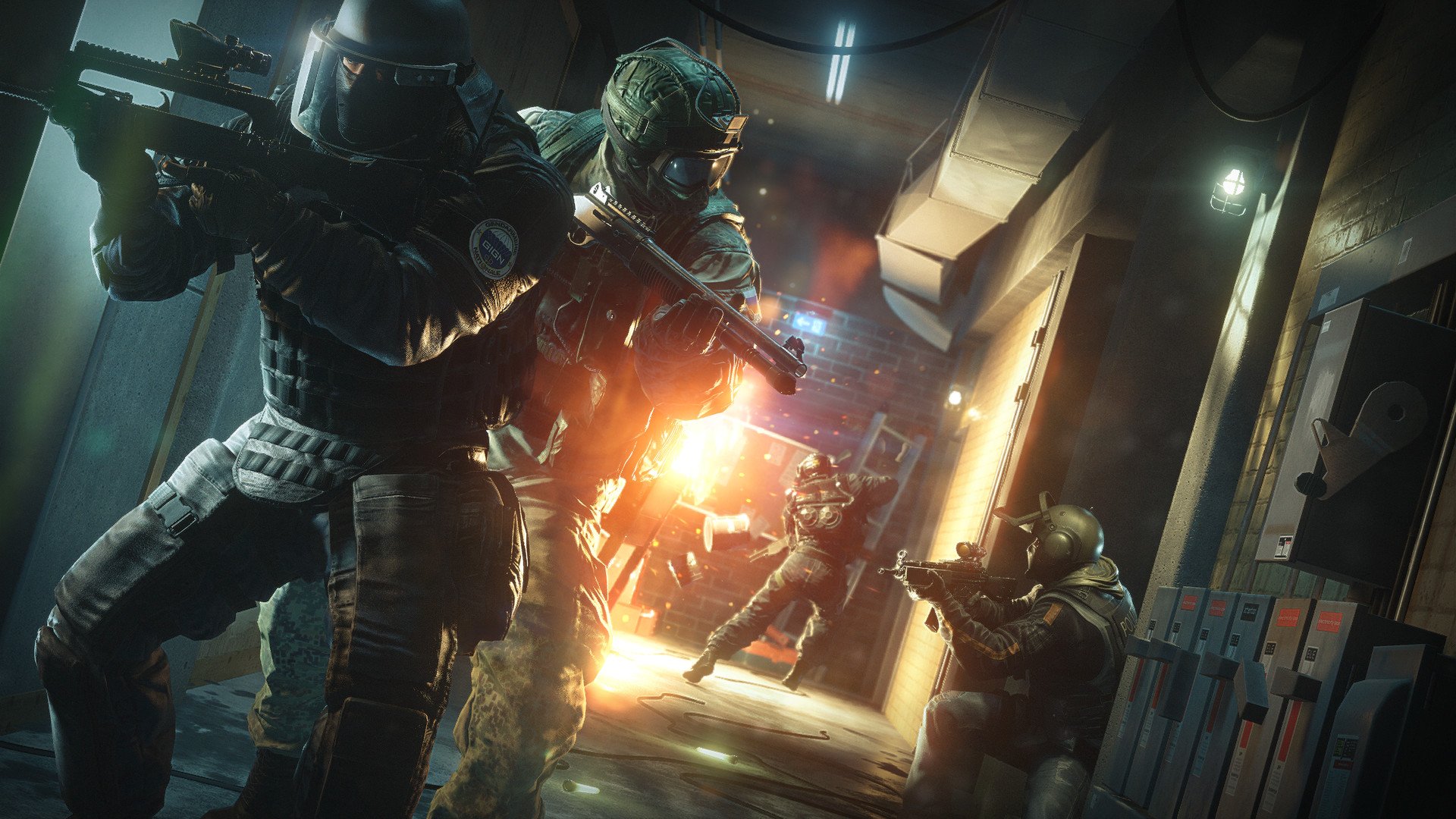 When the time comes to begin the assault or defensive effort, each player much choose a unique operator to play with. The two sides have access to different sets of operators, with ten existing on each side. Each operator will have a distinct gadget, ability or buff that will help them either support their team, or counter something the other team is doing. They complement and counter each other in an almost Team Fortress-like way; any strategy can be countered if you have the right composition of operators, and learning what each of them do, and what their strengths and weaknesses are, is an important part of playing effectively. However, to preserve strategic balance, you do not know who you'll be facing until the match has already begun and both teams made their operator choices. Everyone gets to choose their operator again with each new round of the match - the matches are first to win 3 rounds in casual, 4 in competitive.

For instance, one of the defending classes can put down jamming devices that prevent the attackers from blowing up walls. This will force them to funnel through doorways, which can be booby-trapped by another class. The attackers can counter this combination using an operator who uses a scanner to detect electronic devices, and another who can throw EMP grenades which will disable them, allowing the attackers to breach the wall that was previously covered by the jammer. There are loads of approaches that rely on the interplay between operators, and using them to their advantages is highly rewarding. Busting down a reinforced wall the enemies thought secure as Thermite, blowing open a hole beneath their feet with Ash or, as defenders, using a pulse-sensor to figure out where the attackers will be coming in are all great mechanics that don’t rely on quick reflexes.

If learning the ins and outs of these strategies against other human opponents sounds intimidating, there are ways to learn the operators before jumping into PvP. To start, there are ten offline scenarios that see you playing versus AI as different operators, giving you a chance to try many of them out before you invest in unlocking them. While not as robust as a full campaign, these scenarios are reasonably varied and challenging, taking a few hours to run through, more if you try and get all of the optional objectives that come with a nice Renown bonus, the currency used to unlock everything in Siege.

Despite the annoying presence of microtransactions that let you speed-up the rate you gain Renown and obtain weapon skins, the unlock system in Siege is a good one. Even though you gain levels in Rainbow Six Siege, no unlocks are gated by your character level. All operators, weapon attachments and skins can be unlocked from the start, assuming you have enough Renown. You can get a nice chunk from going through the singleplayer scenarios and watching the tutorial videos, although after that the rate of accumulation and unlocks slows, partly due to the progression system, and partly due to the rate at which you earn Renown by playing online games. 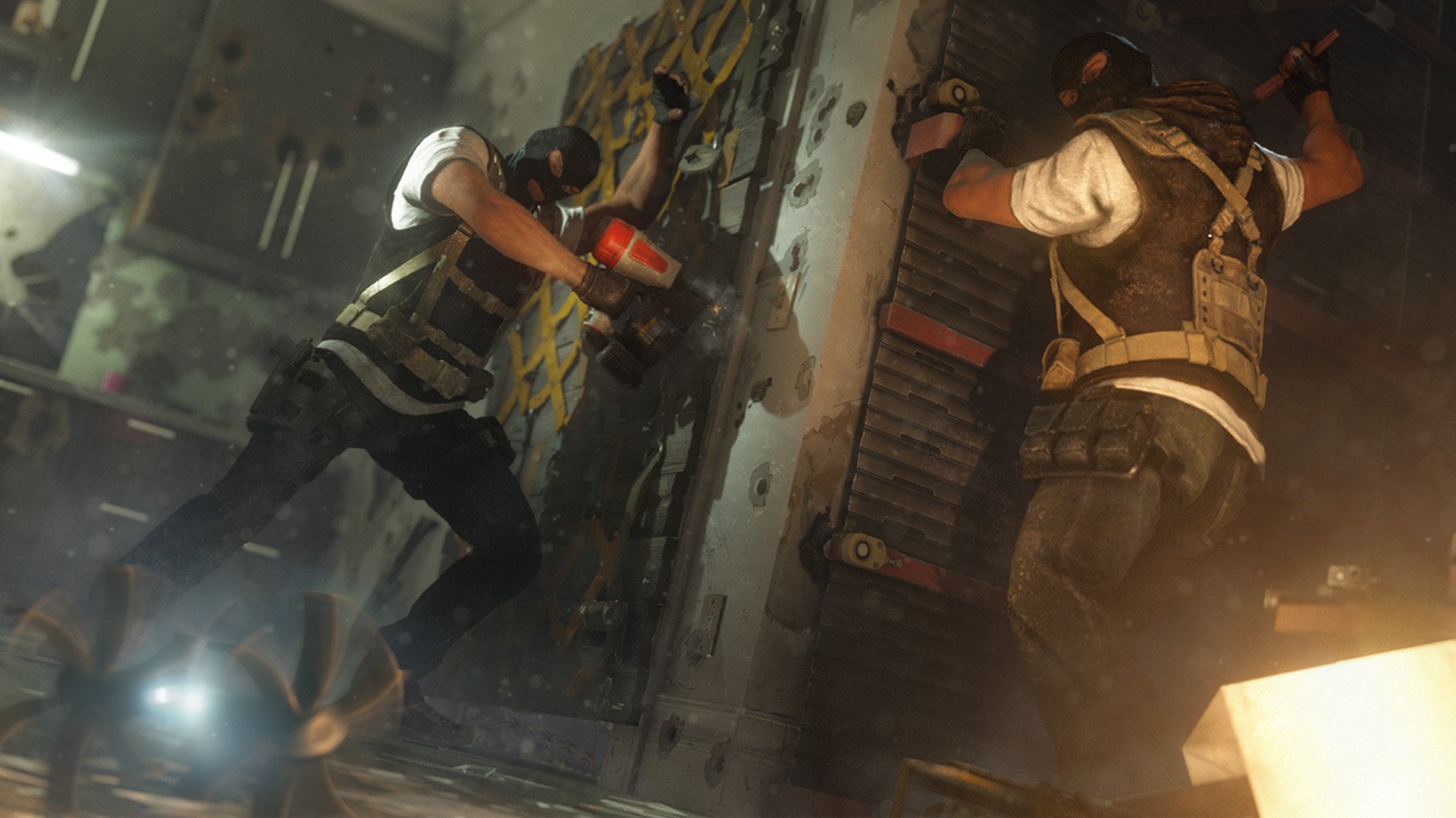 There are different categories of operators, based on various countries' anti-terror units like the SAS, FBI and Spetznaz, with each group having four operators each. The first operator you unlock from each country will only cost 500 renown, which can be earned by playing just a couple of games, but after this, each subsequent operator will cost an additional 500, meaning you will need to accumulate 2000 renown to unlock the last operator for each group.

This means that early on you will unlock new operators quickly, but the pace will slow towards the end. Given that it takes a while to learn how each operator works and you get to choose the order you unlock them in, I felt this system to be quite fair, especially given that once you get to ranked multiplayer matches at level 20, the rate at which you unlock Renown increases. You are also given challenges that give you a nice Renown bonus for completing them.

Our Review of Rainbow Six Siege
77%
Good
The Verdict:
"Technical issues create some cracks in the armor of this otherwise refreshing and thrilling tactical shooter "
Game Ranking
Rainbow Six Siege is ranked #667 out of 1800 total reviewed games. It is ranked #44 out of 110 games reviewed in 2015.
666. Super Time Force
Xbox One
667. Rainbow Six Siege