A disappointing co-commander system, and poor art style doesn't result in a good sequel to a great franchise.

Red Alert 3 is a fast paced RTS game that features three different sides in battle, soviets, allies and the empire. EA have taken the art style of the series in much crazier directions but not necessarily for the better. Apart from the art style Red Alert 3 looks quite similar to C&C3 with the one exception being the outstanding water effects that were brought into the engine mostly because of the naval units. The general gameplay of resource gathering and building bases holds true from the previous games with some minor differences between the 3 factions.

As mentioned the water now is just another method of travel and combat with the option of placing most base structures on the oceans or rivers. Included in all missions is a friendly co-commander who you can try to control or just let them do what they like. Full motion video cutscenes return featuring some fairly well known actors, some acting well others quite abysmally. Mission structure is fairly standard and often times predictable although there are some fun missions mixed in. Red Alert 3 also includes a fairly good auto-save function that ensures you won’t have to repeat the whole mission if you fail at the end forgetting to save.
Graphically Red Alert 3 brings out mixed emotions, technically it’s fairly sound but artistically it feels lost. The water looks pretty amazing, reflecting the battle above, generating waves as units travel through it and rippling from explosions. This water just tops off the existing graphics engine from C&C 3 which runs fairly well on modest systems. A big problem however with the engine is the very limited bottom and top camera positions. It really feels like you are trapped in a small glass box hovering above the ground, at least you can swivel the camera full 360 rotation. I did rarely move the camera around because of the silhouette the game places on buildings with units behind.

One of the better choices for Red Alert 3 was bringing infantry squads back to single units from generals or older games, this doesn’t make a huge change but it’s nice to see it. Having played all the previous games in the series I was anxious to try the beta when it was released. I ended up being quite disappointed with the art style they had chosen and avoiding picking up the game at release. Thankfully they’ve toned this back a little from the beta; no longer does the soviet construction yard look like something from close encounters. I still think it looks pretty ridiculous and would have preferred a bit more grounded design but it’s subjective really.
All the single player missions in Red Alert 3 feature a co-commander, which sadly doesn’t really help the game. They have bases situated near you or in the equivalent position on the other side of the level. The co-commanders were introduced so all missions could be done in co-operative mode, as somebody who plays my entire single player RTS games alone I was curious to see how this works out. If there is one thing the co-commander helps with is the pacing of the missions and making them go a bit quicker if you are a turtler. The other thing it encouraged me to do was help them build defences, sometimes they’d forget to and their base would be decimated by a few small units. Another time they helpfully covered one of my larger vulnerable units from attacks. Most other times though they proved to be a nuisance than a bonus. Funds are shared between you are your co-commander, immediately you might be thinking how this means you’ll have more money. All this really means is that half of your money is going to fund a selection and group of units you have no control over

. In one of the later missions for the allies my co-commander and I were near wiped out by a scripted event. She and I survived and I used my chronosphere to travel to a safe, well funded area. My co-commander stayed at the other area and built her base back up; eventually we had excess funds to get any units. While I was busy wiping out the Imperial forces with my long range Athena cannon my co-commander was amassing a force. But this force was completely made up of about 40 dolphins, from that point I just rolled my eyes and decided perhaps ignoring them would be easier. This weird bug was not their only down fall, commanding them to take position at an enemy base in my mind does not mean move all your forces to that location, die, and leave your base completely unguarded while the enemy destroys you. The same goes for attacking targets, that doesn’t mean move up to the target but stop just far enough back that you can’t attack them. The co-commander just turned out to be a failure far more times than it helped things out. If it wasn’t for the predictable missions it would have been a frustrating game because the AI co-commander was just so annoyingly dumb. 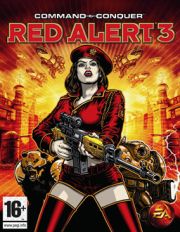