HOMEFRONT: THE REVOLUTION
Platform: PlayStation 4
50
Reviewed on Xbox One
SummaryNewsArticlesVideoScreens

The Deep Silver booth at PAX Prime was a somber one. Between This War of Mine: The Little Ones, a game about civilians in war torn nations and their helpless children, and the bleak atmosphere of Homefront: The Revolution, it was a miracle the team manning the booth were as cheerful as they were. Homefront: The Revolution hasn’t had a lot to be cheerful about until recently. After facing uncertainty and cancellation the game was rescued by publisher Deep Silver and re-imagined with a greater emphasis on the open-world aspects of the game. 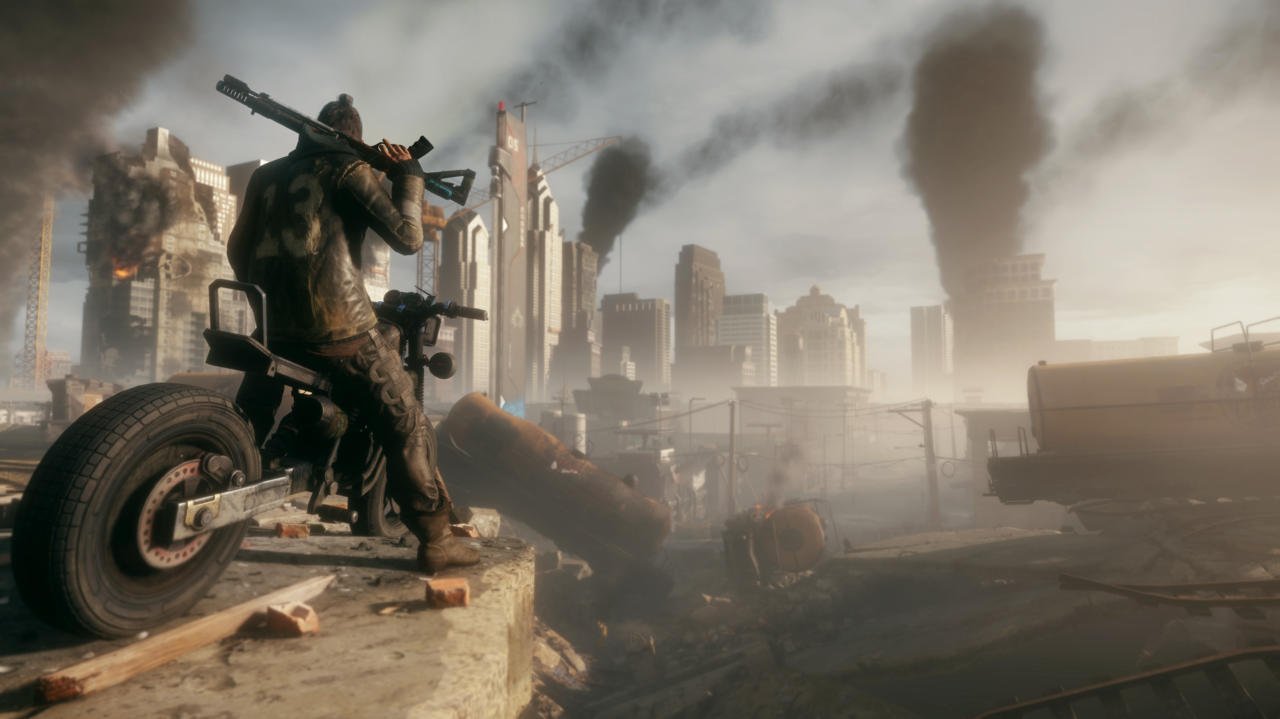 When we first got a look at Homefront: The Revolution at E3 2014, the game featured smaller open-world scenarios but highlighted the way that players could go about completing their missions using different tactics. While a lot of what we saw in The Revolution still remains in the game, I found a much larger world had been crafted for the setting of Philadelphia.

Players will move from district to district in Homefront: The Revolution, completing various tasks to liberate portions of the city and slowly pry Philadelphia from the control of the KPA (Korea People’s Army). Each zone has different colors to denote its control: red zones are uninhabited and trespassers will be shot on sight, yellow zones are where the majority of civilians live, and green zones are where the KPA have set up their new government.

Our demo took place in a red zone. We were tasked with hacking a terminal and freeing a portion of the zone from enemy control. The mission quickly goes wrong as a patrol is spotted coming our way. I climb through bombed out buildings, scramble over rubble, and finally find a trap that has been set up for this very reason. Springing the trap, I drop a couple of oil barrels down on the enemy that immediately catch fire and explode.

The trap has bought us time but soon we’re running through the streets trying to avoid seeker drones which would give away our position and summon airships that would inevitably kill us. I dodge through the dark streets of Philadelphia, coming out the other end and hearing that our squad has been taken out by a sniper. I am ordered to take a motorbike and help them deal with the threat. 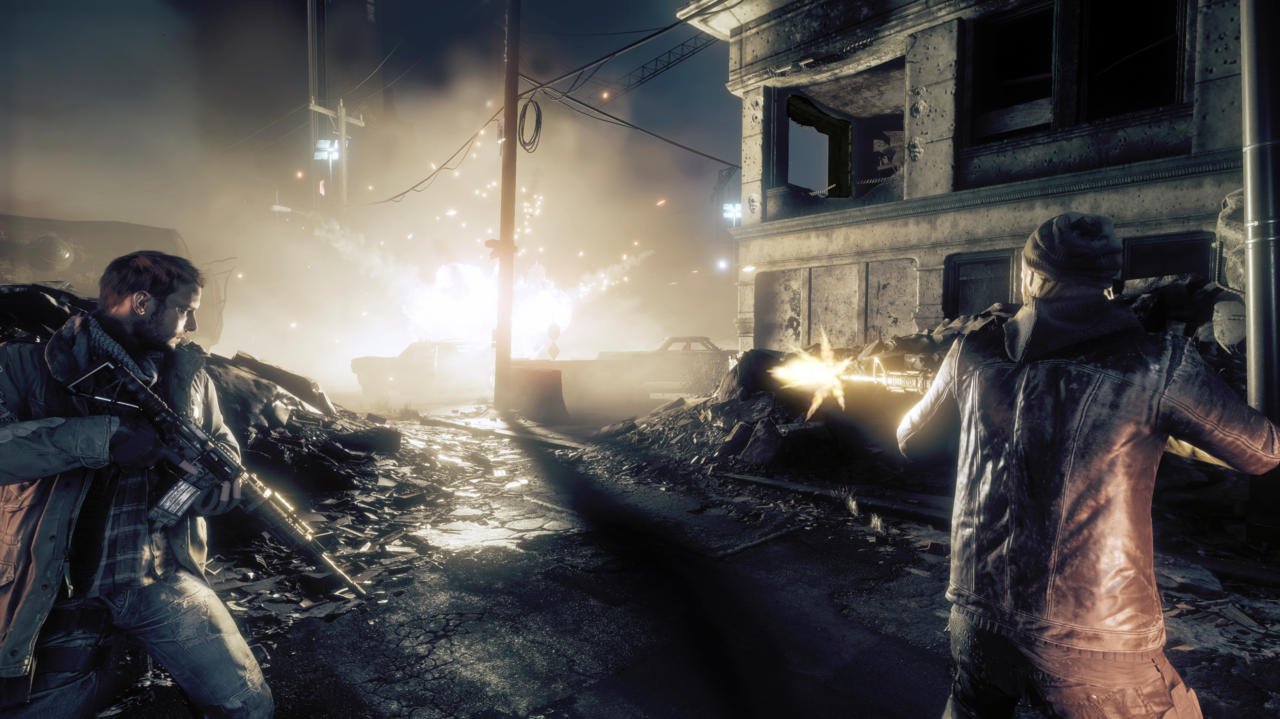 The first person driving is good, but not great. With so much rubble and debris streamed throughout the streets, it’s easy to hit a wall or get stuck in the terrain. The struggles with the motorbike unfortunately turn a tool Homefront imagined as a way to daringly escape enemies, into what was a frustrating affair in the demo. While the game has been re-envisioned as a open-world first-person shooter, the environment still felt claustrophobic and close. While that works for the shooting, it’s not great for motorized vehicles.

The open-world aspect also means that moving from point to point on the map can attract enemies and bog you down. My loud motorbike drew the attention of a couple patrols and soon I was held up in a crumbling building trying to escape certain death. Getting into firefights is pointless as the only thing you do is force the KPA to call for reinforcements until you are overran. A much better idea is to run. Running and hiding is pretty easy as patrols will quickly give up the chase.

I actually never found the soldiers I was supposed to help. Instead I found that I had circled around the point of interest and could sneak in the back, disabling the device and liberating a section of the zone. Here the game opens up and I am told to go throughout the zone and find control points I can capture for the revolution. 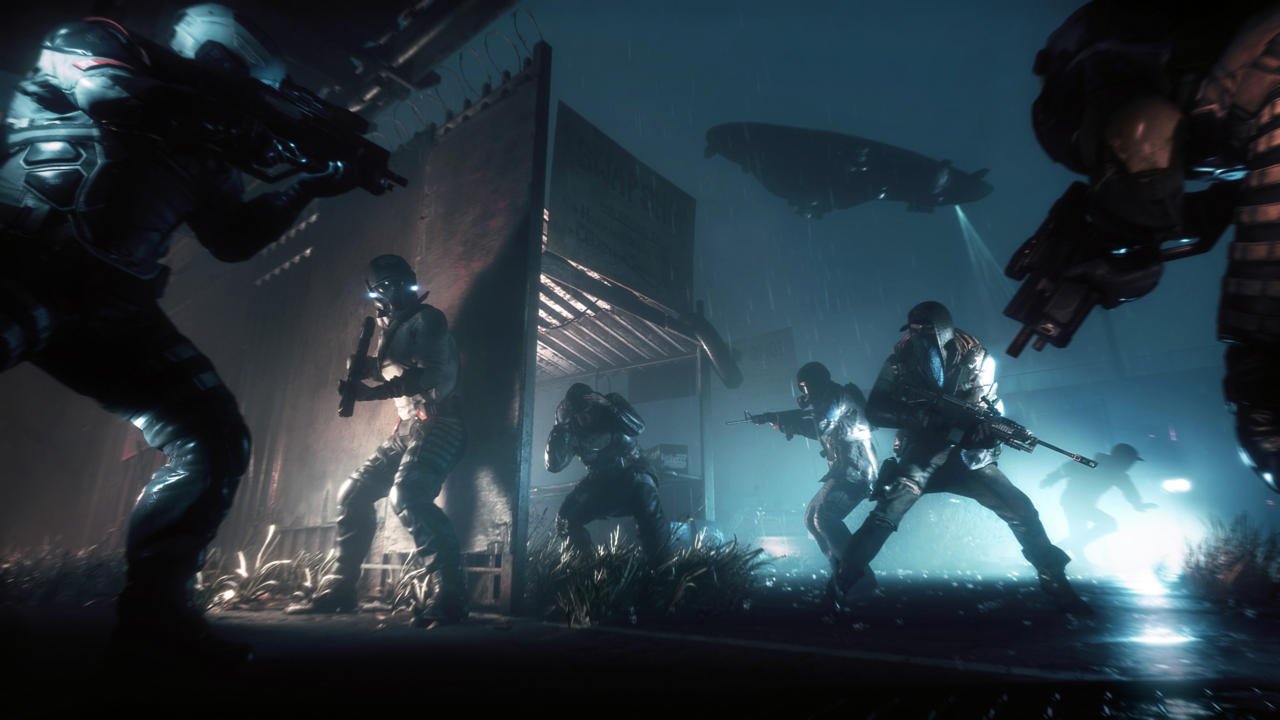 Homefront: The Revolution has changed somewhat since I saw it two years ago. In some ways it seems quite different; almost more like an urban war-torn Far Cry game with its map full of distractions and side missions. Yet, in other ways, the game still is very much the same as I remember it. Some of it the tools, like the RC car explosive which was used during a theater presentation back at E3 2014, are still present. The guerilla warfare tactics are still the same as when I first saw them, but they feel a little more well realized with tons of room in which to outrun the enemy.

The gloomy and grey world of Homefront also feels a little rote. As the not-too-distant sci-fi military shooter becomes a theme shared by recent Call of Duty games, Homefront has some serious competition on its hands. It will be interesting to see if the changes to the design can help it against such staunch competition. But even more so, first-person shooters have become so fixated on gritty war games, that the bombed out buildings and crumbling debris seem run-of the-mill at this point.

Homefront: The Revolution is shaping up to be a competent shooter, filled with bleak imagery with a very serious story happening inside of it. I don’t know how well that is working at this time. But the open-world idea of running through Philadelphia carrying out guerrilla warfare tactics carries a bit of intrigue. We’ll see how all these elements come together in the end.

Homefront: The Revolution is in development at Deep Silver Dambuster Studios and is being published by Deep Silver. The game will launch in 2016 on PlayStation 4, Xbox One, and PC. 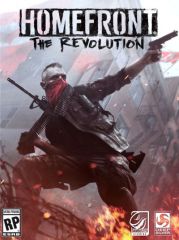 All videos for Homefront: The Revolution (9)
Advertisement ▼