Everybody’s Gone to the Rapture Review

Everybody’s Gone to the Rapture is a slow burn. You won’t find any argument there. The first-person exploration title, from the studio that brought us Dear Esther and Amnesia: Machine for Pigs, is a quiet and humble game. There’s nothing jumping out at you, nothing to get your adrenaline pumping. Developer The Chinese Room encourages players to explore, but Rapture is a game designed around contemplative story beats rather than exciting melodrama. In the genre of walking simulators this game is the walking-est. It doesn’t hide from critics of the genre, but bathes itself in the benefits of its deliberate pace. If you stick with Rapture through its long opening, you’ll be rewarded with one of the best experiences of its kind. The Chinese Room have a fine game on their hands and it’s well worth playing. 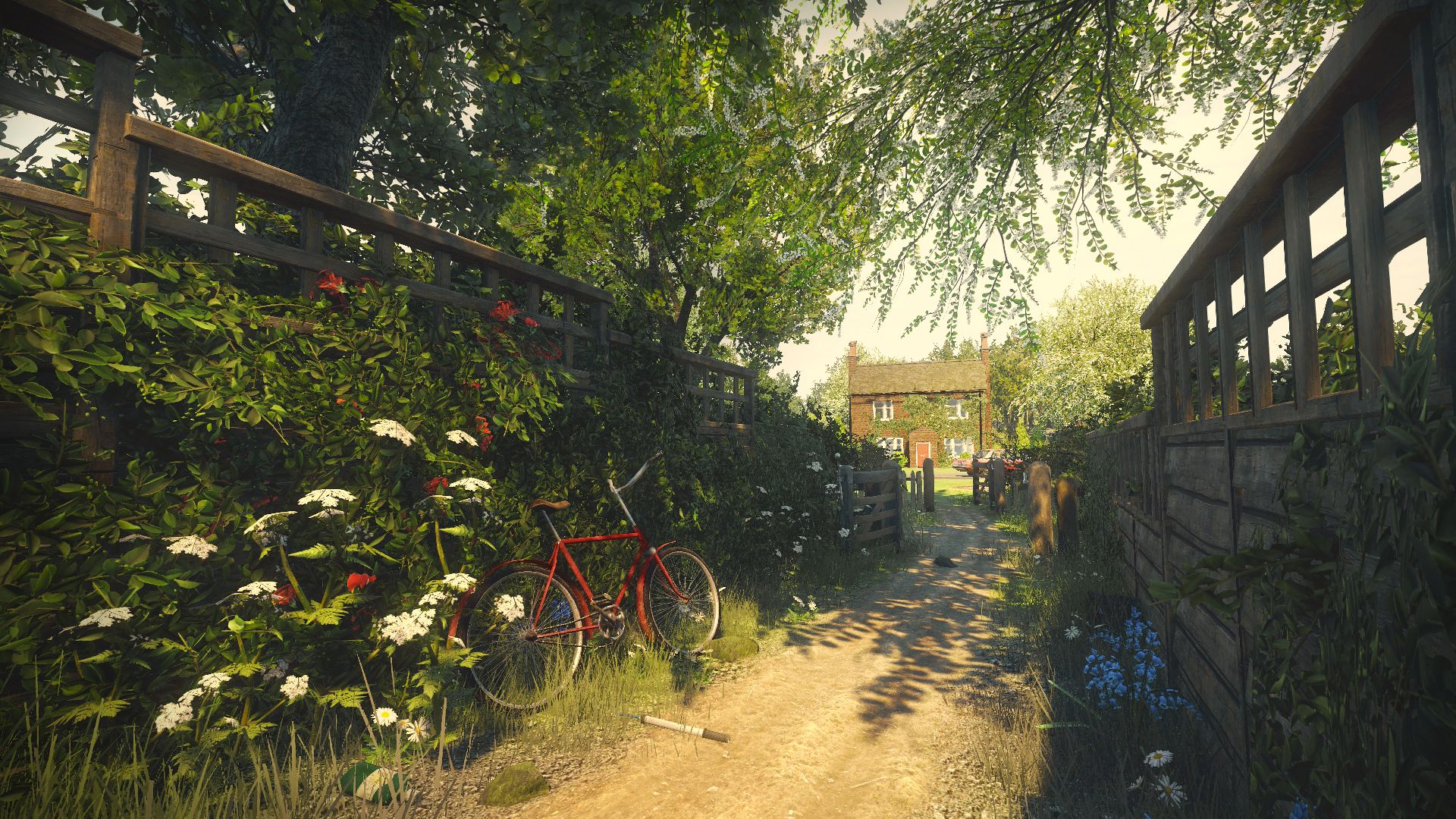 The gameplay of Rapture is relatively simple. Players explore a small British village and the surrounding countryside, uncovering the mystery of its vanished residents. The game is divided into sections where streaks of light, representing a character in the unfolding narrative, guide you through the world. You can follow these guides or go off exploring on your own. Either way, the design of Rapture is very good at making sure you don’t stumble off the beaten path. Even when you do find yourself turned around, a guide is always nearby to get you back on track.

Through your exploration you will find little scenes or vignettes which will provide background information for both the characters and town. Occasionally your ethereal guides will bring you to smaller balls of light which hang in the air. By tilting your Dualshock controller you can unlock these balls of light and view the scenes which are most essential to the plot.

There are other ways Rapture moves its narrative along. Throughout the world you will find radios which tell the narrative of Kate, one of the games main characters. Additionally, you can find ringing phones which give you an idea of what Stephen, the game’s other protagonist, is saying to government officials who have quarantined this small British valley. Finally, you can also see the game’s narrative in the environmental storytelling. The world of Rapture is filled with little hints of what life was like in the final days - bags have been packed in the town hall, bloody handkerchiefs litter a bathroom floor, and cars are parked on the side of the road with open doors.

You can take all of this at your own pace. The Chinese Room recently posted on their website that while a sprint button isn’t listed in the menu, you can hold the right trigger to move more quickly the through world. To call it a sprint might be an exaggeration, but it does allow you to move a little faster.

The ambience of Everybody’s Gone to the Rapture is stunning. To say the setting is haunting is an understatement. Each staircase you climb, each door you push open, and every piece of the narrative you uncover leaves you with a broken calm that doesn’t repair itself until long after the credits have rolled. The most terrifying thing about Rapture’s British valley is that there is nothing terrifying at all. Aside from the little streaks of light flying around, there’s nothing moving in the still countryside. All the tension lies in the off-putting score that subtly betrays your nerves. Working equally hard to form the eerie ambience is one of the best sound designs of the year, filled with strange noises and aural cues. 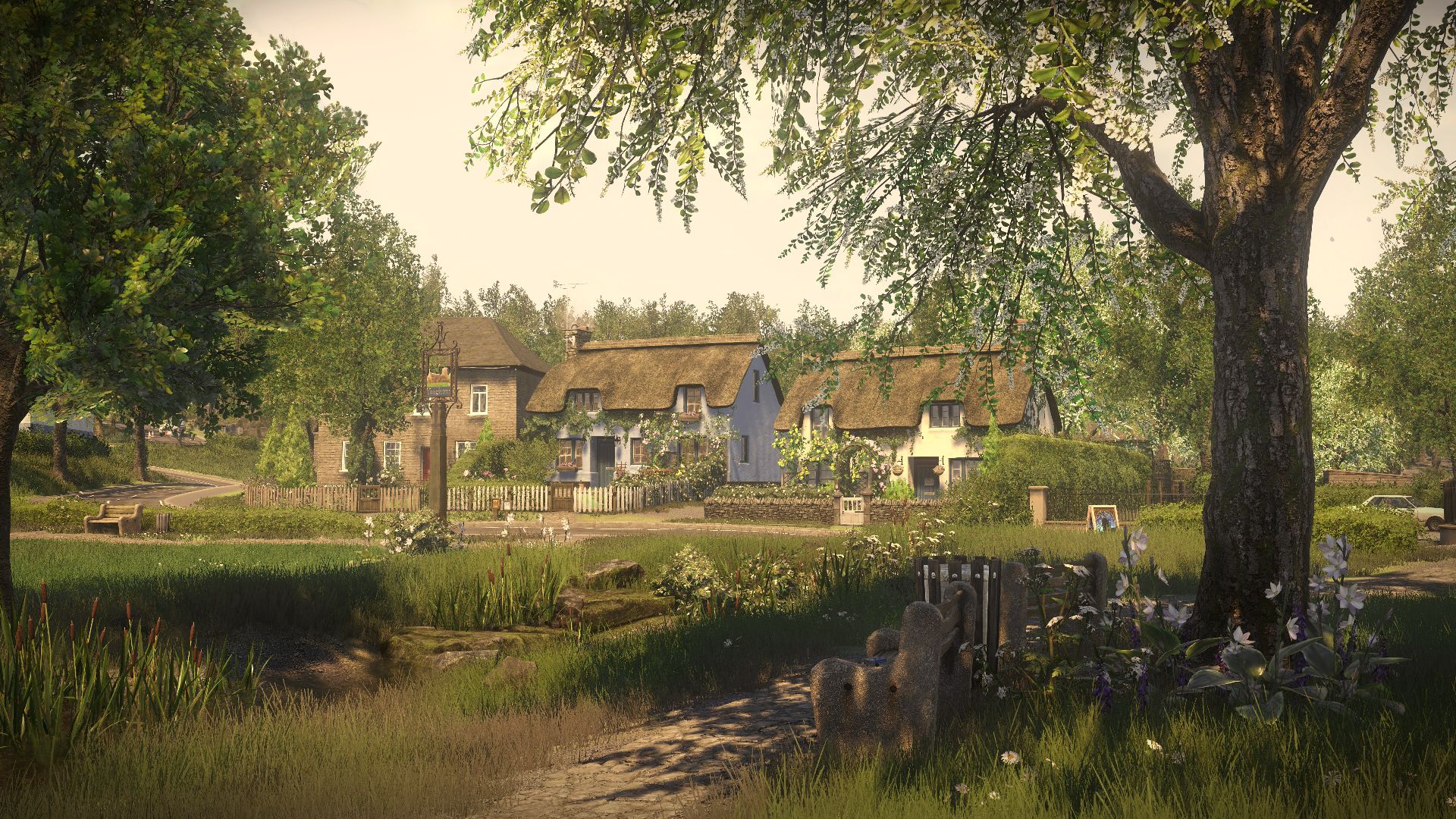 The unsettling quiet of Rapture is its strength. It’s the feeling of sleeping in a strange house, the eerie silence of an empty room. You always half expect to see characters wandering down the road, talking about their children, their lovers, or their lives, but instead all you get are these small figures of light acting out their forgotten history. The city is a shell of itself, incomplete, and that’s the driving force behind Everybody’s Gone to the Rapture. The mystery of how a quiet, peaceful place could succumb to such a terrible incident keeps you wandering through the world, desperate to find another sliver of the mystery.

While the mystery is the carrot that keeps you wandering through Rapture, the real reward is the relationships you discover along the way. The main characters, Kate and Stephen, are a married couple returning to Stephen’s home in England to do research on celestial phenomena after being married in America. Stephen’s return home comes with baggage. His ex-fiance Lizzie is married and while at first there’s no issue, things get tense as the spider web of relationships in this small British village are strengthened and challenged by the work Kate and Stephen are doing at the nearby observatory.

These insignificant townsfolk are the best part of Rapture. At first they seem dismissible when compared to the cosmic catastrophe Kate and Stephen keep referencing, but Rapture continually turns your attention to these people, revealing little pieces of their personality alongside the juicy mystery. It gives Rapture a much-needed sense of humanity, reminding you that while the atmosphere is sparse and eerie, people have lived here.

Your character has no importance in the game, you feel like a being from another world discovering the tragedy long after the damage has been done. You’re a casual observer witnessing the beginning of the end. What is most haunting is the fact that Rapture isn’t about exploring the future of humanity; it revels in its definitive end. The Chinese Room posits the theory that it is not the event itself that is most important part of the titular rapture but the way these small-town Brits deal with the horrors that face them. Each chunk of Rapture’s story explores people’s reactions in different ways. Some of the characters fight against their inevitable fate, some turn to God, others seek the solace of loved ones, some confess their innermost desires, and some decide to end it themselves with the hope of saving others.

Rapture is, on the whole, a beautiful game, but there is the problem of reused assets; many doors, rooms, and backyards look similar. Since all of the characters are represented by balls of light and play out scenes as dazzling golden silhouettes, it can be difficult to tell who is who. The Chinese Room makes up for this by providing a couple of stunning vistas. The golden wheat fields of a nearby farm are particularly impressive as is the breathtakingly surreal observatory where Kate and Stephen do their work. There are weak points to Rapture’s beauty, but it will still deliver the oohs and ahhs you’d expect from The Chinese Room. 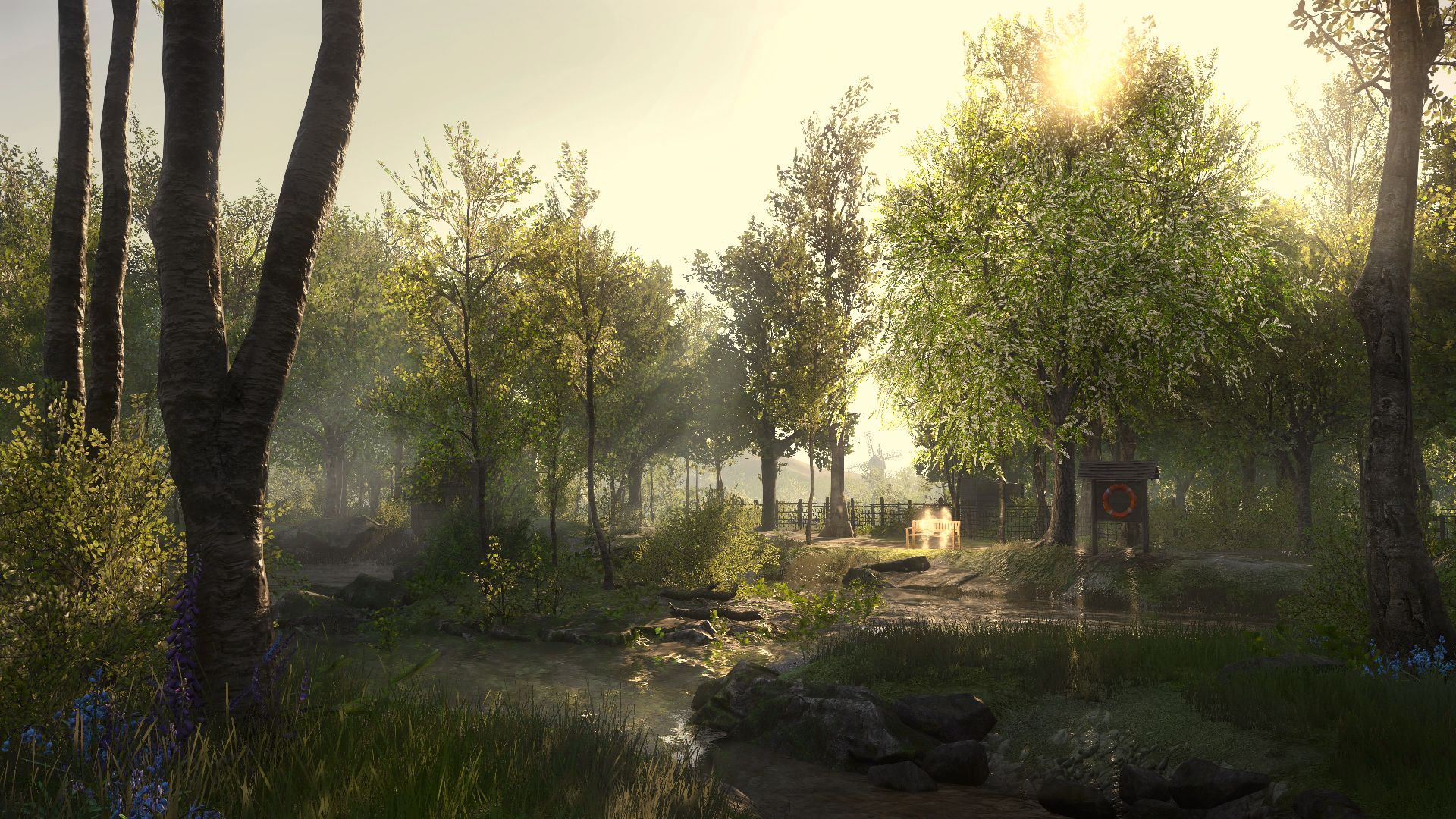 People might think that Everybody’s Gone to the Rapture is all about walking around, smelling the digital roses, but I couldn’t disagree more. The amount of character in the game left me in love with the people who are telling their story through the game’s small scenes. These little streaks of lights seem to have their own personality with the way they guide you about. They each seem desperate to tell their story, explaining themselves and their actions in the end of days. As each take their turn you’ll see them from a new perspective, you’ll grow to understand them. The Chinese Room has always been talented at creating mood and ambience with their games, but with Everybody’s Gone to the Rapture it feels like the studio understood that building these elaborate sets meant nothing if they didn’t fill them with a story worth discovering. And I loved discovering it; I want to relive it again right now. Take the time to experience it yourself.

Our ratings for Everybody's Gone to the Rapture on PlayStation 4 out of 100 (Ratings FAQ)
Presentation
80
There are some obviously recycled assets throughout the game and this can make it difficult to distinguish characters and places at times, but Rapture still has impressive moments.
Gameplay
86
It’s hard to mess up the gameplay of a title like this, but what is most impressive is how Rapture designs a world to allow for exploration but keeps you on track. You never feel like you are aimlessly wandering.
Single Player
91
There’s a lot going on in Rapture and you might lose track of some fringe characters, but the humanity which fills the game’s narrative about a mysterious apocalypse is emotionally resonant and fascinating.
Multiplayer
NR
N/A
Performance
86
There’s a long loading screen at the start of the game and small framerate hitches when you save. Aside from that, the game runs smoothly.
Overall
85
Everybody’s Gone to the Rapture is an incredibly engaging piece of fiction. Its investigation into humanity and relationships far exceeds its desire to wow you with action. It is a slow game, a contemplative game, and it’s one of my favorites this year.

Everybody's Gone to the Rapture 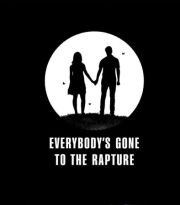 All videos for Everybody's Gone to the Rapture (5)
Advertisement ▼