Jump through the music

It’s getting increasingly difficult for games in all genres to stand out. The triple-A releases have gone for the open world, explosive spectacles while indie games are oversaturated with pixilated graphics and older mechanics. The middle ground is covered by studios that managed to score a contract with a bigger publisher, and it’s usually a narrative-focused experience. But there is still opportunity to innovate and to merge two completely unrelated genres together. Queasy Games did exactly that with Sound Shapes, a PlayStation platform exclusive that merges music and platforming. 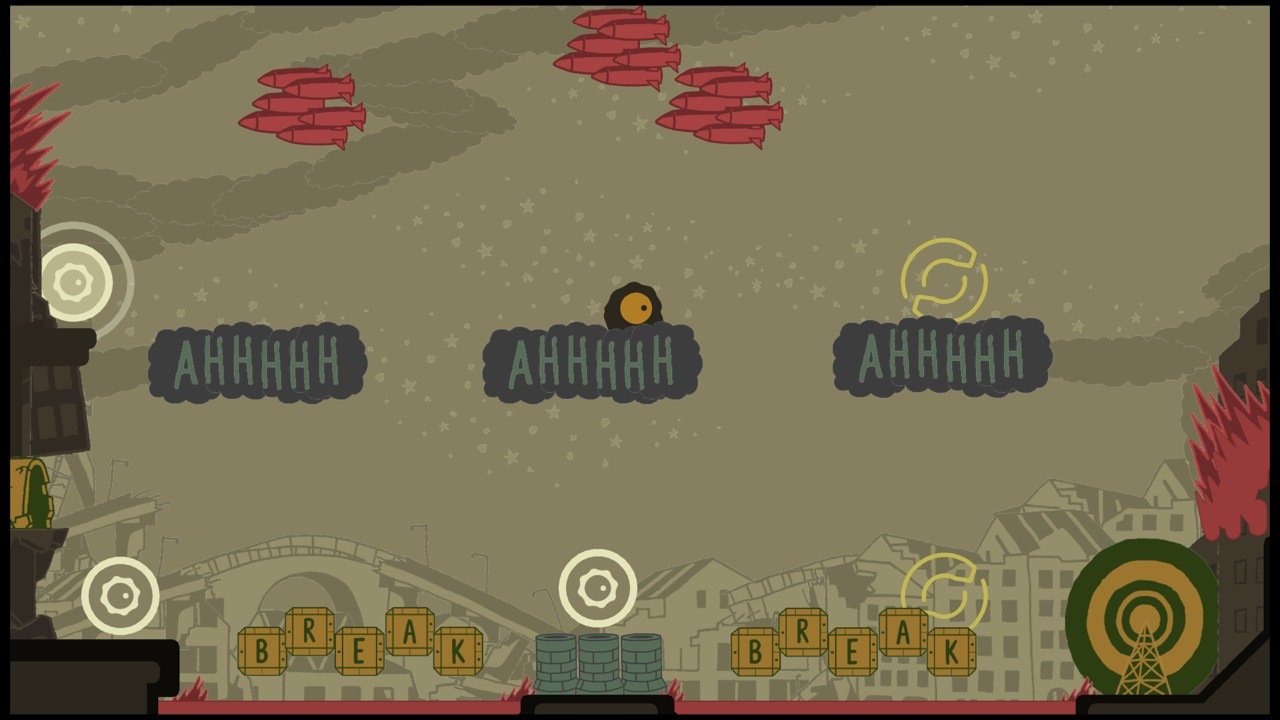 The game originally debuted on PS Vita, before being ported to PS3 and finally the PS4. In essence, Sound Shapes can be broken up into two different experiences – a 2D platformer and a music game. Let’s start with the former. The setup is fairly simple – you’re a circle, trying to jump and roll your way to the end of a level. Your only options aside from directional movement are the jump and dash abilities. But it’s not as shallow as it sounds; the main mechanic is that you can actually stick to any surface, vertical or upside down, as long as it’s not colored black. When using the dash ability, you can roll faster and jump farther, but you’re not sticking to anything.

The included 2-3 hour campaign offers respectable gameplay variety. From floating inside a spaceship, to navigating water and floaty streams of some sort, to racing against time, there is more to the game than the simple control scheme may suggest. You’ll need to learn to control your somewhat imprecise circle, how to time your jumps and when to use dash. Letting go of dash at the right moment to stick to a surface is another key to making it through the levels. While enjoyable, the game’s campaign isn’t particularly challenging to any experienced player. The levels are a series of traversable screens, and there is usually at least one (if not more) checkpoints. Dying to a red surface, a missile or an enemy simply respawns you back to the start of the screen. On the whole, it’s an enjoyable platforming experience that remains entertaining throughout.

So how does music tie into this? Well, each screen of a level is actually a music track on a loop. Much like those consumer-focused digitized composition tools, the game is continuously playing whatever sounds are on the current screen. The sounds are activated by shapes that you collect in the game world. Though entirely optional, collecting all of the shapes in a level lets players hear the complete track. Trying to collect everything in a level adds a little bit of difficulty to the platforming, and if you are interested in placing well on leaderboards, timing is also of the essence. 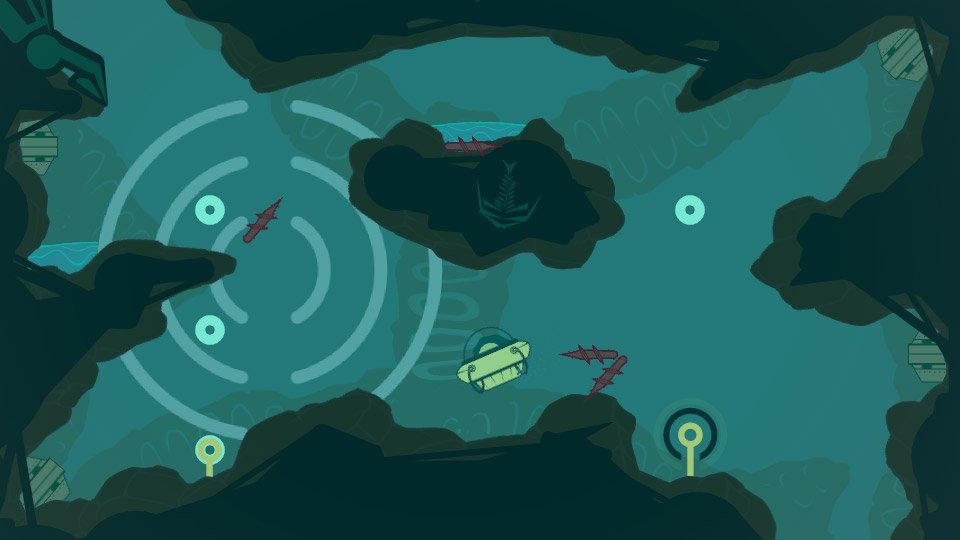 While the player isn’t tied to the music, the environments often are. You’ll dodge attacks and obstacles that follow the beat, and thus become involved in the rhythms as well. Upon completion of each level, players earn a variety of parts to use in Sound Shapes level editing tool. Making a favorable comparison to the design of the LittleBigPlanet franchise is easy. All of the game’s levels were created using the same editor that all players have access to. With a very easy way to share and download creations of other users, Sound Shapes is a game that hopes to continue thriving years after its initial release thanks to community content.

It’s thanks to this editor that Sound Shapes offers its second experience. While players can create 2D platforming levels by placing and manipulating a variety of objects, it’s much more interesting to actually make a music track at the same time. To make things simple, the game offers a few tutorial levels that focus solely on the audio editing and disregards any platforming elements. Each screen of a level is a marked grid, and players can position a variety of sound effects anywhere on the grid. Depending on vertical position, the pitch of your sound changes, and horizontal position dictates the point of the loop when the sound will be played.

As you start placing various sounds on the board, you begin to feel like one of those modern DJs that sometimes composes on the fly. They gradually build up from one sound into multiple, adding new effects into the existing music loop. The satisfaction of getting a catchy loop going is defiantly unique and fun. But it goes deeper – as you move to the next screen, and another blank grid, some sounds can be configured to stop, while others can be heard from a few screens away. It becomes obvious that Sound Shapes offers an impressive amount of potential for music creation. With the campaign music created by some famous artists such as Deadmau5 and Jim Guthrie, each varying in style and rhythm, it shows that the editor is very versatile and capable of serving even industry pros. 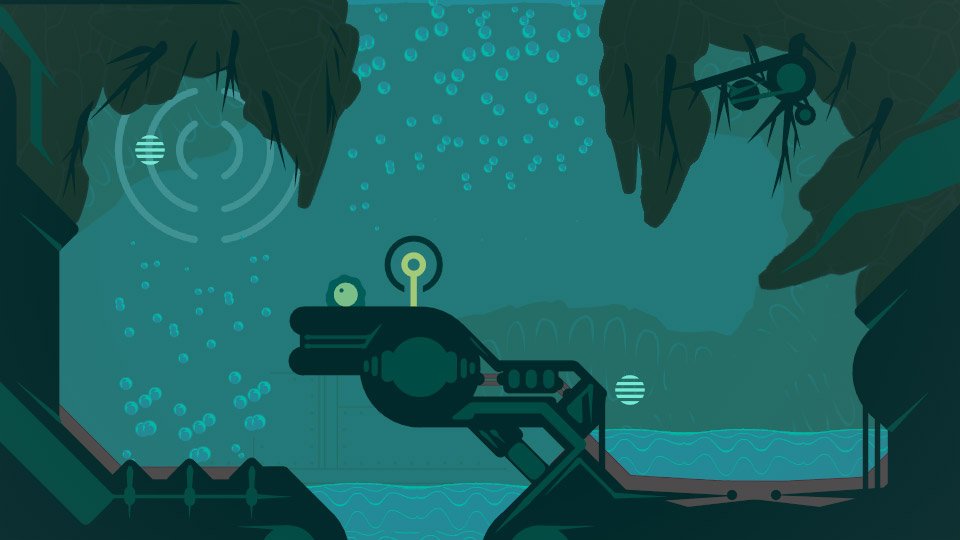 Having said that, as with any music tool, the barrier to entry can be high. Slapping effects on a blank board isn’t always going to sound good, and some players may be put off by the complete blank-canvas approach. The game offers a number of challenge scenarios in Beat School, where you must re-create a beat on the screen just by listening to it, and it can seem rather insurmountable. While easy to do, working with the level designer tool is probably faster on PS Vita’s touch controls than with a controller. Sound Shapes also makes no effort to teach players about actual music theory – you’re literally creating sounds within the given structure, not learning anything useful outside of the game. Although, from a DJ-focused perspective, it’s a decent tool for creating beats and learning what patterns may sound good.

If you get overwhelmed by the music tools, there is a bit more to do in single player. While the campaign may lack challenge, there is a Death Mode that unlocks afterwards. This collection of levels take place on a single screen and are extremely difficult. You are usually tasked with collecting a certain number of items within a short time period. While leaderboards are offered, just beating the objectives in this mode will feel highly rewarding, but also highly frustrating.

Sound Shapes features a variety of visual styles, all spread across a bright color palette. With some artwork created by the likes of Pixeljam and Capy, the visuals are inventive and diverse; from pixilated office workers to brightly colored alien creatures, the game can be cheerful and bright or oppressive and even slightly atmospheric. The only PS4-specific feature seems to be that there are sound effects produced by your DualShock 4 during some gameplay moments. 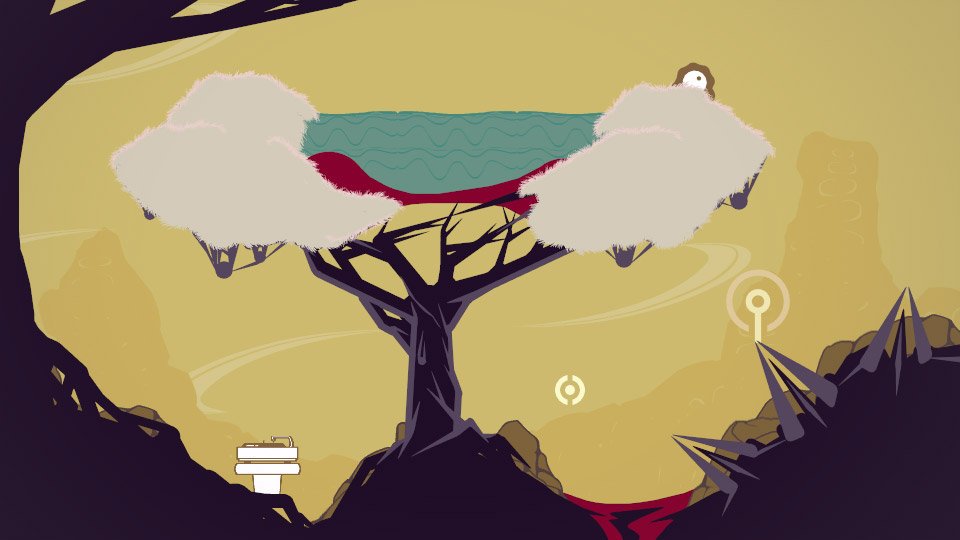 Sound Shapes is a successful experiment of merging two different worlds together. It’s an accessible and varied platforming game, with a huge potential for user created content that’s already been realized. As a music tool, it’s both powerful for dedicated creators and enjoyable for those wishing to learn. Though its scope is limited to a DJ-like approach to creating synthetic sound loops, and it won’t teach you any real-world musical skills beyond developing an ear for good rhythm and effect combos. Still, this is an enjoyable and well-priced experiment of blending two unlikely entities.

Our ratings for Sound Shapes on PlayStation 4 out of 100 (Ratings FAQ)
Presentation
79
A variety of visual styles and a seemingly endless source of audio tunes
Gameplay
75
Part platformer part music game, Sound Shapes does a good job at making both genres fun.
Single Player
78
The included campaign is short, but it's the editor that makes a long-lasting impression. An abundance of user-made content to download and play through.
Multiplayer
NR
None
Performance
85
Occasional hitches during screen transitions
Overall
78
Two different worlds collide as Sound Shapes manages to deliver both an above average platformer and a surprisingly engaging music game. 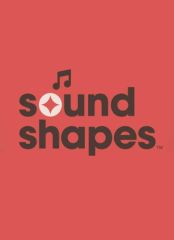