Frictional Games set the bar for the first-person, explorational horror games with Amnesia: The Dark Descent. Since then, the genre has grown and while Amnesia’s recipe for success has been replicated, no one has been able to strike the same kind of gold Frictional did with their horror classic. Now the studio returns with an underwater submarine exploration game, SOMA. 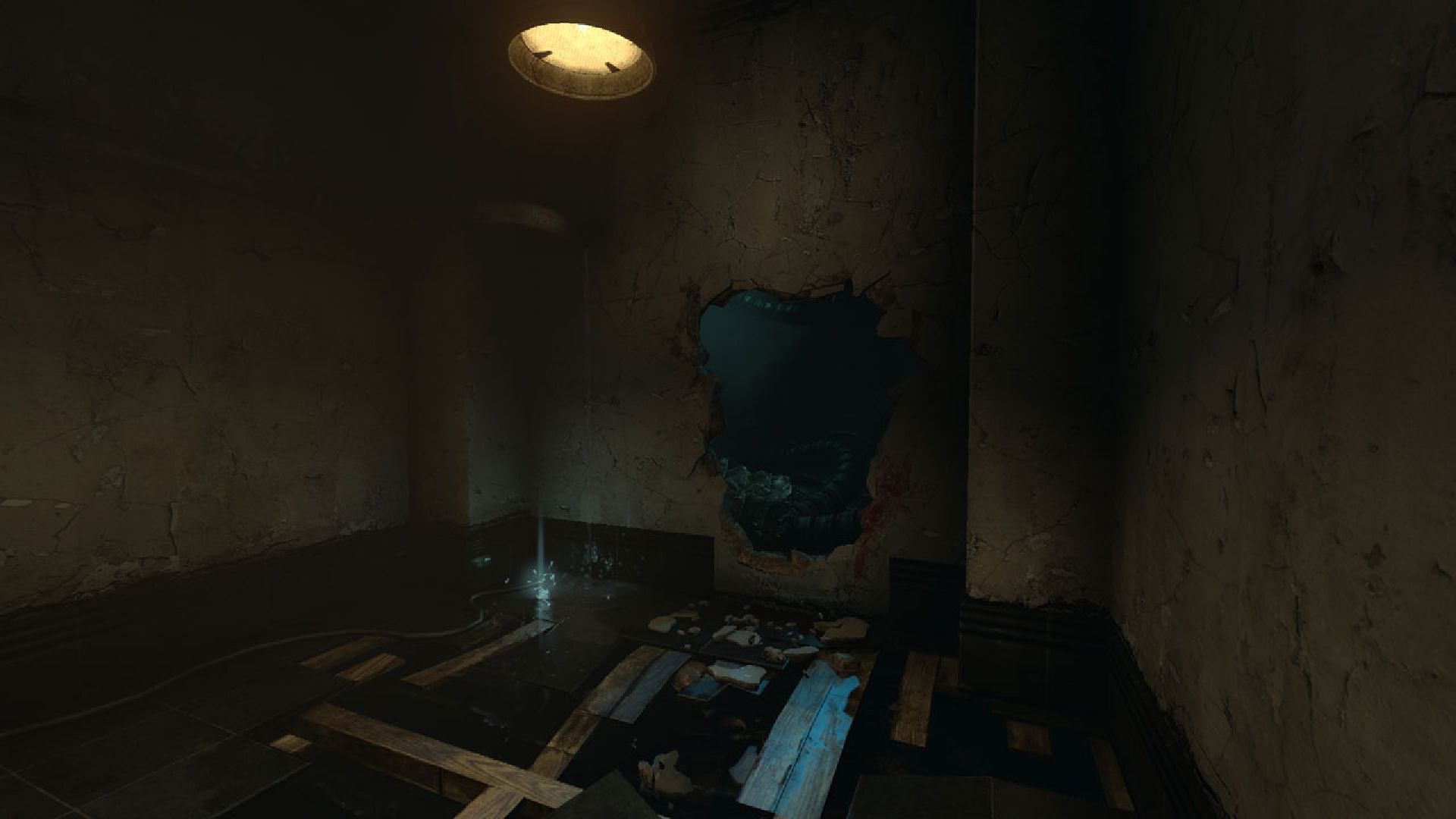 Heavily infused with sci-fi elements like robots and post-modern machinery, SOMA still manages to root its aesthetic in the same grimy tone as Amneisa. The halls of this underwater vessel feel traveled in, the dirty buttons of the keyboards feel used. The world of SOMA is filled with rust, blinking lights, and squeaking levers.

I begin my brief experience in this world with a feminine voice telling me to get to the comm room. The voice of my character responds, nervous and uncertain, but whatever has him on edge is dismissed and he is left without any choice but to find a way to the aforementioned comm room.

In the next room there’s a console which requires an ID card. I search through the papers, drawings, and other items which litter the room, filling the world of SOMA with a realism, but I don’t find anything that would allow to me access the console. In the next room is an assembly line system of robots which has been damaged. The broken equipment has fallen on a robot who reaches out to you, begging for help. He’s clearly AI, but the pain he feels brings out a human quality about him. He needs a specific person to repair him, so I set out to find the maintenance worker the robot mentioned.

He’s not far away. Down the hall, I find the maintenance worker, but he is dead. Luckily, on his corpse I find an ID card which can unlock the console I was saw previously. This console allows me to activate the power in two rooms. I try to activate the power to the comm room, but am told I will have to shut off one of two systems before I can turn on the comm room power.

The first system shut off lever is back in the assembly room where this damaged robot is still begging for help. Without any way to save the robot, I do my best to ignore his cries and shut down the power. This shutdown seems to amplify the robots pain. He screams in desperate cries for me to stop making him suffer. I quickly turn the power back on and he returns to his initial plea, still asking for help I feel will never come. 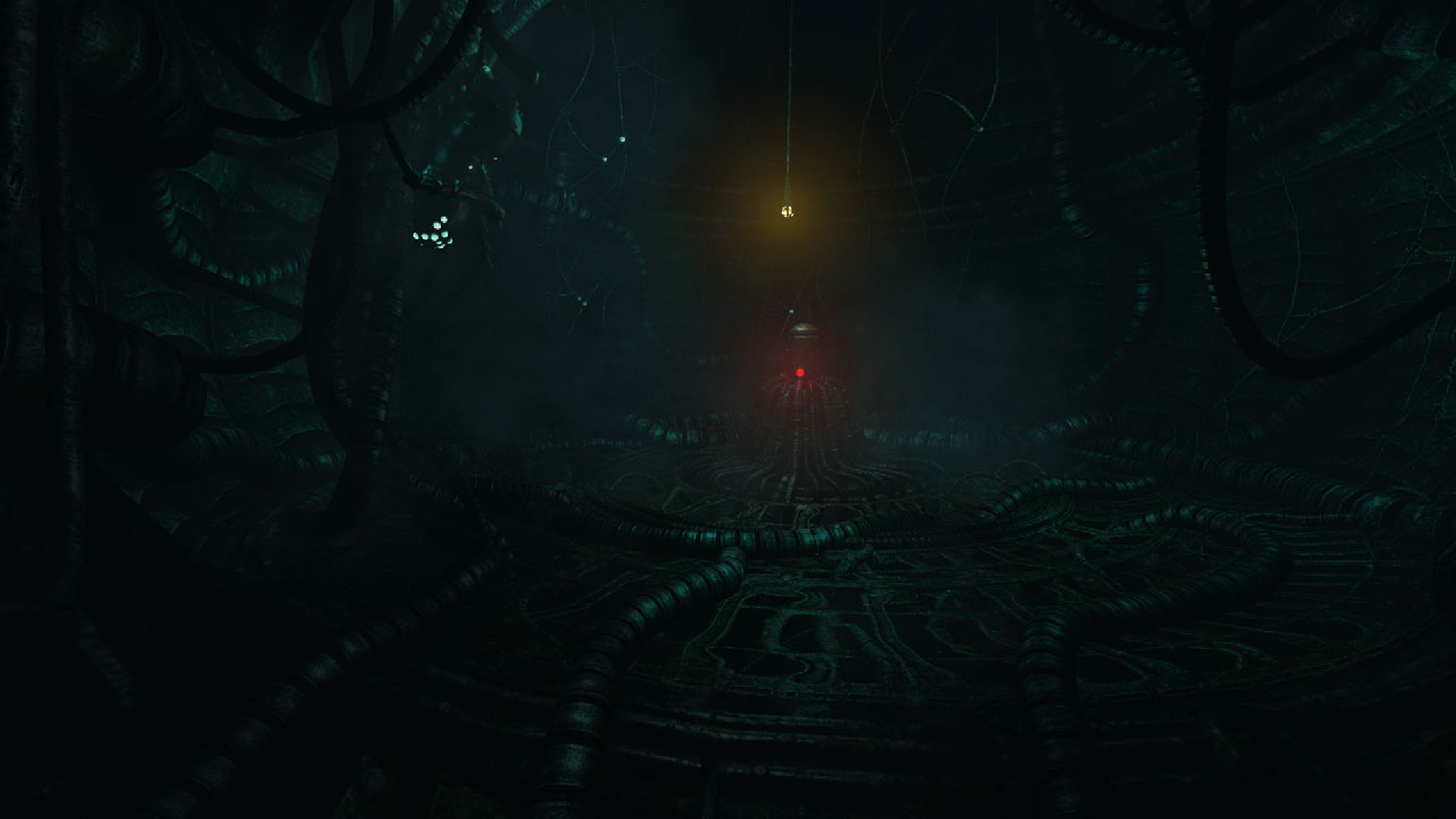 I walk down the hall to the second power source I can shut off to activate the comm room and find a note telling me I should think twice before flipping the switch because there is no going back. I push aside any doubt the note caused, and turn off the power. I hear the noise of metal scraping on metal and when I return to the room with the monitor, there is a monstrous hunchback robotic creature wandering the room.

I don’t bother trying to guess the intentions of the machine, its look is terrifying enough to dissuade me from talking things out. I search for another way out of the room and pull a lever which causes an alarm to ring, attracting the monster. I shut off the alarm and hide as the creature prowls the hall. I realize that distracting the monster is exactly what I must do to reach the comm room. The rusting, decrepit halls are littered with items I can throw to create the needed distraction, then rush to the terminal to open the comm room.

Unfortunately, my attempt goes horribly wrong. I throw the item, make the necessary noise, but don’t draw the monster far enough away. Even worse, the mechanical monstrosity catches a glimpse of me and heads my way to investigate. I duck behind a wall, crouch down, and pray that I remain hidden. Much as it did with Amnesia, Frictional Games continues to be excellent at creating these naturally terrifying situations as you desperately hide, then painfully wait to be discovered and killed.

I am lucky and my hiding place works. The creature returns to its patrol of the room. No more waiting, no more games. I sprint to the console when the monster’s back is turned and quickly activate the comm room. I hide behind the console until the monster has its back turned again and open the door to the comm room. I quickly enter the room and shut the door behind me. It’s an adrenaline rush, culminating in a satisfaction at your use of brains and quick reflexes to save yourself.

After a brief chat with my contact in the comm room, water begins filling the station. I try to escape the room and avoid drowning, but the water comes rushing in so quickly, there’s little I can do. 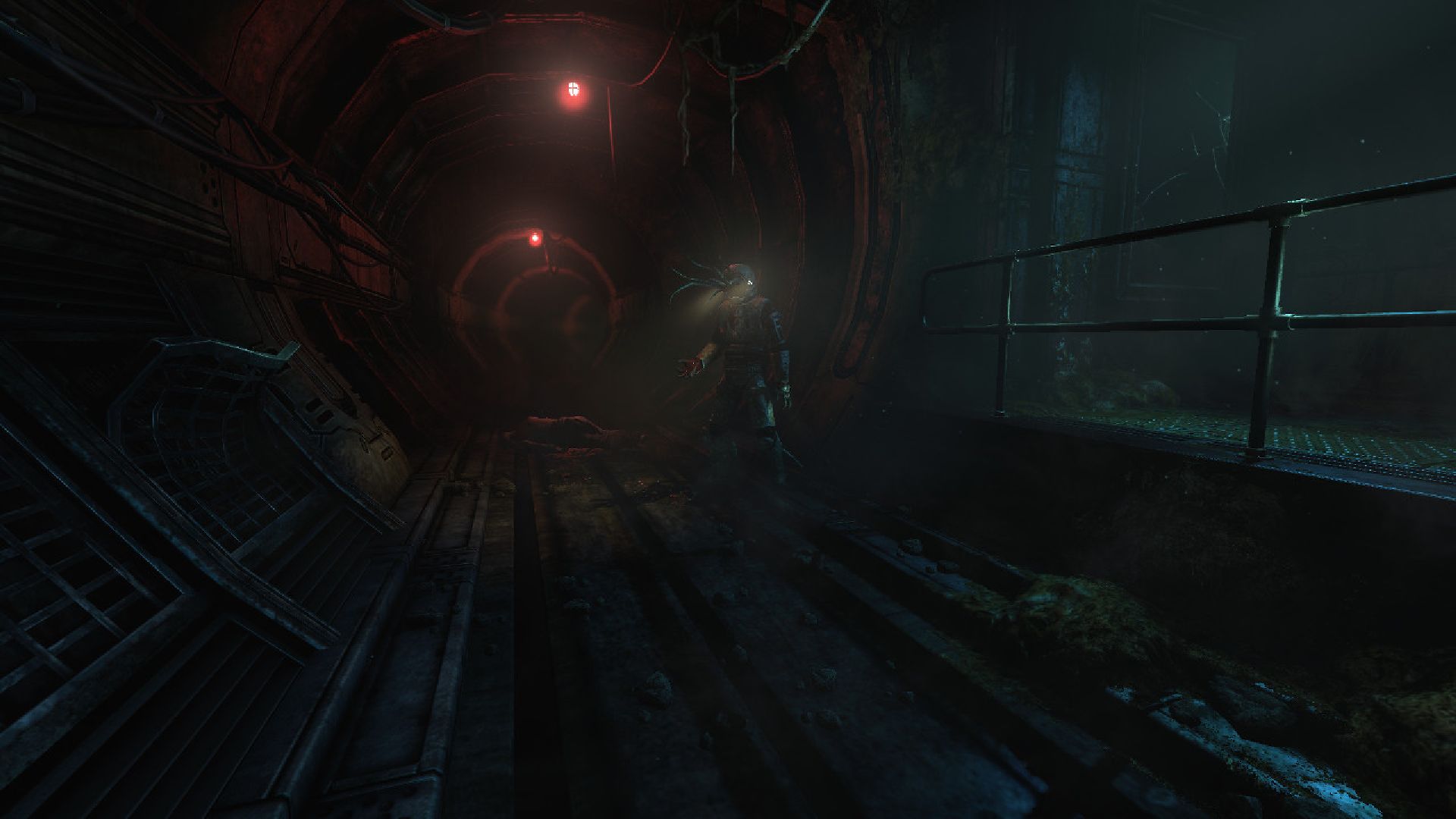 I thought the demo was over, thought that SOMA had no other secrets it would reveal, but I was wrong. After waking up underwater, I discovered the protagonist didn’t drown because he could apparently breathe or otherwise survive underwater. I briefly journey through the watery depths, climbing over obstacles in my way. Shortly after this revelation the demo ends and my time is over.

SOMA seeks to recreate a horrifying experience by attention to detail and a chilling ambience. It’s a slow game where hiding and puzzle solving are as important as running. While Frictional Games have seen new competitors arise in their niche, we’ve yet to see anyone make a game as haunting as their debut title. It’s nice to see them back with a desire to add to their audience’s nightmares. SOMA will be available September 22nd on PC and PS4.

Our Review of Soma
84%
Great
Reviewed on PC
"Captivating atmosphere and smothering tension define this intriguing underwater adventure"
Game Ranking
Soma (PC) is ranked #238 out of 1740 total reviewed games. It is ranked #15 out of 110 games reviewed in 2015.
237. Kingdom Hearts HD 1.5 Remix
PlayStation 3
238. Soma

All videos for Soma (8)
Advertisement ▼