There has been no shortage of walking simulators in recent years, from Dear Esther to The Stanley Parable. Some have attempted to be more than that though, adding interactivity and trying to convey a deeper message, such as in Gone Home. The latest release via the ID@Xbox publishing program is Nero, a game that similarly hopes to capture the imagination of the players with surreal visuals, while telling a touching and deeply personal story. Unfortunately, despite some okay ideas, the effort from first-time developers Storm in a Teacup is a disappointing one. 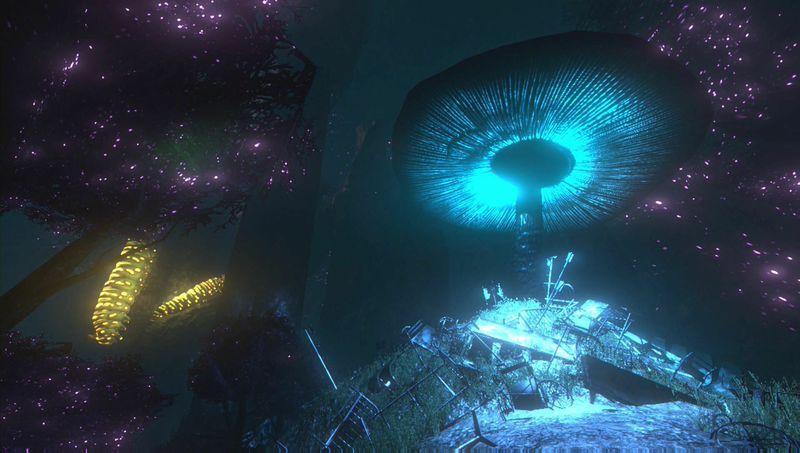 Nero is a first person puzzle/exploration game, one that attempts to tell a story about grief, sadness and overcoming loss. Players assume the role of a voiceless and faceless character, who is a youngster of an unexplained magical race. You find yourself on an island with little understanding of why you are there. A mysterious narrator guides you through the land, as you solve puzzles, collect pieces of photographs, and learn about the tragic events that led you to this place. And that pretty much is the core of the whole experience.

Nero's narrative path is filled with mystery and artistic correlation. As you explore the island, the story is told piece by piece, until you finally realize who you are, what you're doing, and what it all represents. It's a tale that makes sudden and very dark changes in tone. A moment ago you were in a dark cave, illuminated only by the mysterious plants growing within - now, you're suddenly in a hospital room, facing the very real sense of dread. The narrative is a somewhat predictable one, and despite the game's attempts to remain ambiguous to the bitter end, most players will figure out the metaphors that are being used. Still, it's a game that's all about the story, about the feelings of grief, loss and letting go. It doesn't attempt to preach or convey any sort of social or political message, which is refreshing. Some players will have a more personal connection to the narrative than others, but most should be able to at least appreciate the story Nero is trying to tell.

The gameplay is where Nero starts to stumble. The island that you'll be exploring will remain in darkness for the most part, which sometimes adds to the atmosphere, but at other times it simply makes it impossible to see where you're going. Not to worry, however, as there are plenty of invisible walls to keep you on track, and any relevant locations have enough light to see them from a distance. Most of the time, you'll be simply walking and reading or listening to the narration, but the developers have attempted to inject some interactivity into the experience. 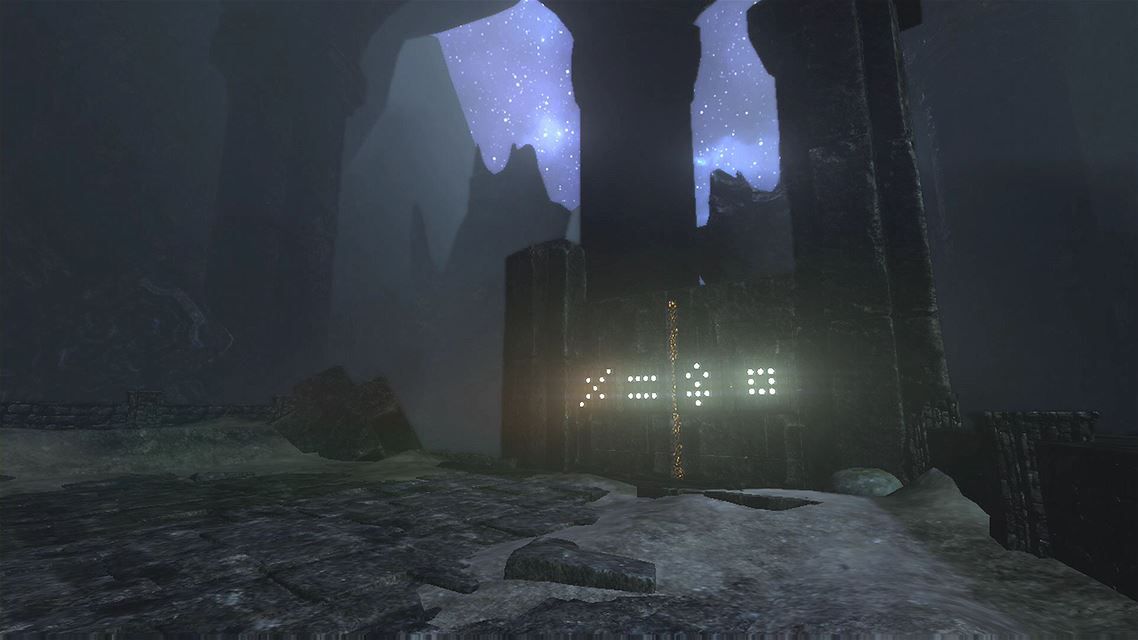 It begins with the occasional choice of what path to take. But fear not, the game is fully open and you can walk back and take the other path at any time. These paths usually lead to an interactive segment, akin to small puzzles. I am using the word puzzle lightly, because most of the game's interactive set pieces make you think for two seconds and are solved in minutes at best. At worst, you're just pulling a switch or controlling a basic AI companion to stand on a pressure plate. So, despite attempting to be more than a walking experience, Nero's puzzles are so easy and uninvolving they actually feel like an unnecessary distraction.

Your reward for completing a puzzle is being able to progress deeper into the island, and also another piece of narration. Going back to solve the puzzle on the other path produces more equally cryptic dialog. Despite finishing most of the puzzles in the game, including many of the optional ones, I didn't feel any more informed. Developers would have you believe this adds replay value to this sub-3 hour journey, to get the "complete" story - but again, this just isn't the case. The dialog you get never seems crucial, and most of the important stuff is conveyed via mandatory story areas that players can't miss. Perhaps that's the point, to ensure all players can solve the narrative puzzle by the end, regardless of their choice to interact with the game world. It thus makes these interactive elements feel even more out of place.

The only action that the player can perform, apart from walking and standing on things, is shooting a magic energy ball from their hand. This is used to solve an occasional puzzle where an item must be energized, sometimes in a certain order. But, for whatever reason, this spark you shoot is apparently affected by gravity. Instead of aiming your reticule at the target, players are forced to calculate for "bullet drop" and watch the arc of their magical projectile, to ensure it actually lands where you want it to. It's an absolutely needless and absurd mechanic. When was the last time you had to account for gravity when shooting spells out of your hand? 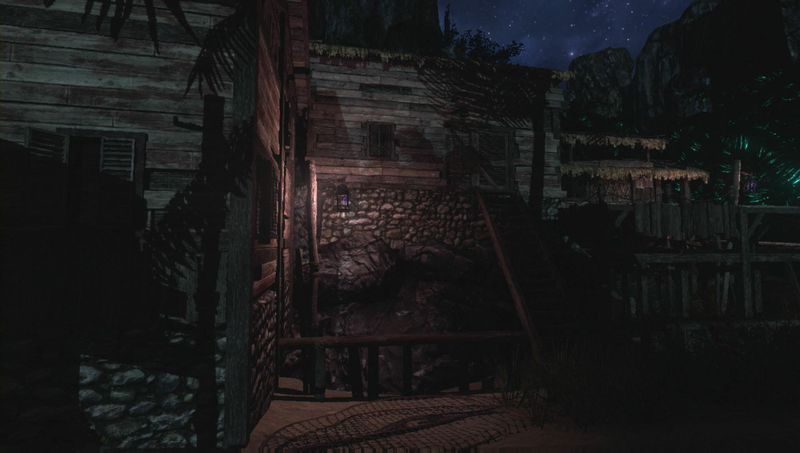 It doesn't help that every time you use this ability, the frame rate takes a nosedive. This seems like a great segway to talk about Nero's biggest problem - performance. The game runs like a complete slouch on Xbox One, with a terrible framerate throughout the whole experience. At times, it becomes a pure slideshow. It's quite possibly the worst performing game I've played on Microsoft's new console. The performance issues are enough to prevent this game from being recommended to anyone.

And it's certainly not because the game is pushing the system to its limits - Nero looks quite poor, at least in areas where there is enough light to make out the details. Textures are of low resolution, there is tons of pop-in (particularly in the distance), the terrain and other 3D modeling is subpar, and the animations are as basic as they get. The rest of the explorable areas, covered in pitch black darkness, are likely of the same - or even worse - quality. The title wouldn't look out of place on Xbox 360, with its current assets.

And it's almost too bad, because the visual and audio design isn't too bad for an independent title. The dark caves and starry night skies will remind players of Dear Esther or perhaps Skyrim, as the mysterious plant life of the island illuminates the darkness with its piercing glow. The narrator does an okay job given the writing, which can be awkward at times. Given that the developers are from Italy, it often feels like something was lost in translation. That feeling becomes a reality when you start noticing spelling errors. The music leans on classical composition with lots of piano, though it becomes repetitive on occasion.

Despite a determined effort to connect with players on an emotional level, Nero falters in almost every other area. The narrative does a good job at conveying an emotionally burdened message to the players, without being preachy. Sadly, the interactive elements feel unnecessary and aren't very good. The game world itself feels imaginative at times, and the sound design is competent. But whatever Nero's shortcomings are as a game, they cannot hope to rescue the experience from terrible technical performance. The exuberant $20 price tag puts it level with Gone Home (which I also thought was overpriced), but with little redeeming value. Nero might be worth a look one day, but not in its current state.

Our ratings for Nero on Xbox One out of 100 (Ratings FAQ)
Presentation
65
The art design isn't half bad, but the low resolution assets and overly dark visuals let the game down. The audio is serviceable.
Gameplay
35
Most interactivity comes from solving puzzles, which are easy and repetitive. The illusion of choice adds little to the experience.
Single Player
70
It's a brief, but honest and emotional tale. If only the game's asking price was more appropriate.
Multiplayer
NR
None
Performance
20
Terrible performance issues plague the game.
Overall
47
Nero hopes to tell a touching story, but derivative gameplay, woeful technical issues, and a high price tag get in the way. 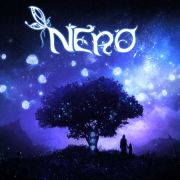 Close to the Sun
Platform: PC
Released: May 2019
Developer: Storm in a Teacup