Ori and the Blind Forest Review

You know how it is, right, reader? We're not the sort to be easily swayed by pretty graphics, no sir. We're immune to the gaudy spectacles that assault us from above and below, from the hyper-realistic blood and sweat of the latest budget-breaking gun-car-man-athon all the way down to the eye-searing pixels of the latest obscure darling trying to draw on nostalgia that isn't there. We're here for substance, gameplay, storytelling and such, yes? Excellent, glad we're on the same level. So, when the first thing I write about Ori and the Blind Forest is “every inch of Ori and the Blind Forest is absolutely drop-dead gorgeous”, I hope I've communicated the significance of putting that front-and-centre. Sure, you could divine that just from looking at the screenshots, but what the screenshots won't tell you is how much of Ori and the Blind Forest is a painted diorama in constant, restless motion. It's like the god of parallax scrolling reached down, and with a single divine thunderbolt, shattered the game into a thousand layers of artwork, all brought to life by the kind of subtle animation that you never consciously notice but nevertheless contributes to creating a breathing, natural environment. Branches sway, leaves tumble, water drips, ripples radiate away into the background. Does it look better than whatever people think is the glossiest new engine right now? No, probably not, but it made me stop and wonder “how on Earth did they do that?” numerous times, and that's so much more remarkable. 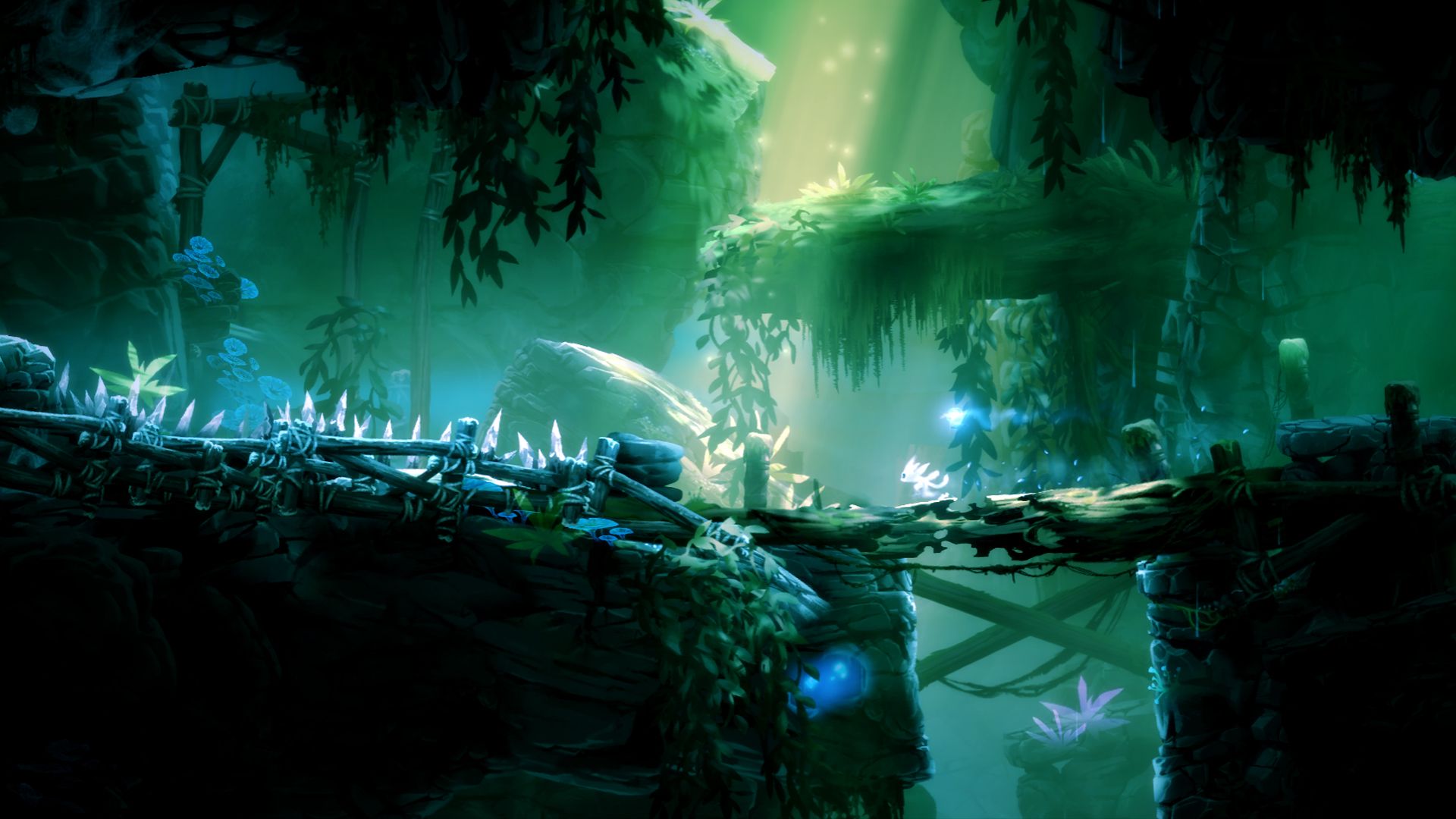 Of course, there's something of an unspoken expectation, when dealing with indie games, for the game's propensity for beautiful artwork and soulful music to exist in an inverse relationship with how much of it could be actually referred to as 'gameplay' with a straight face, as if the mere act of touching the keyboard scatters that carefully constructed contemplative tone like a swarm of bees from a flamethrower. Sure, there might be some light platforming, maybe a puzzle or two, likely a scavenger hunt, but by and large you're there more for the ever-so tragic moment at the end where a cute animal dies or something. Ori and the Blind Forest gets that out of its system as fast as reasonably possible. The game throws Ori – that's you, the wispy Ghibli-esque creature that looks like an early piece of Mew concept art – into a murky pit, and yells “psyche! You're in a Metroidvania!” It's like the way Spec Ops: The Line completely subverts its mindless military shooter presentation about five minutes in, except you're greeted with a genuinely pleasant surprise instead of the overwhelming urge to sit in an empty room and stare blank-eyed at the walls.

So what, right? Metroidvanias aren't automatically perfect – except Super Metroid and Metroid Prime and Symphony of the Night and maybe a few others I can't think of right now – and you can't expect to slap a label like that on the table and hope it's enough. Fortunately, Ori and the Blind Forest wastes no time in making sure you know that it means business: it is, in a word, genuinely brutal. Starting off, you're a mewling helpless fuzz-ball with all the resilience of a stuffed animal, barely able to take a handful of hits before being vaporised and mortally threatened by every encounter you come across. I'll readily admit that it's a bit disconcerting for a game that looks like it's one second away from unleashing a 'Bambi's mum dies' moment to be so bloodthirsty right off the bat, but therein lies its strength: when you're this fragile, you'll travel to the ends of the Earth for a chance to boost your maximum health. So many Metroidvanias lack a sense of growth as a character because you're basically just adding a few extra lines to a health bar that was already more than sufficient; Ori and the Blind Forest reminds us that it's infinitely more satisfying to look back from the end-game, where you're capable of slinging your way through incredibly hostile terrain with ease, and remember how you once pathetically skittered down the side of a tree like a cat on a waterslide. 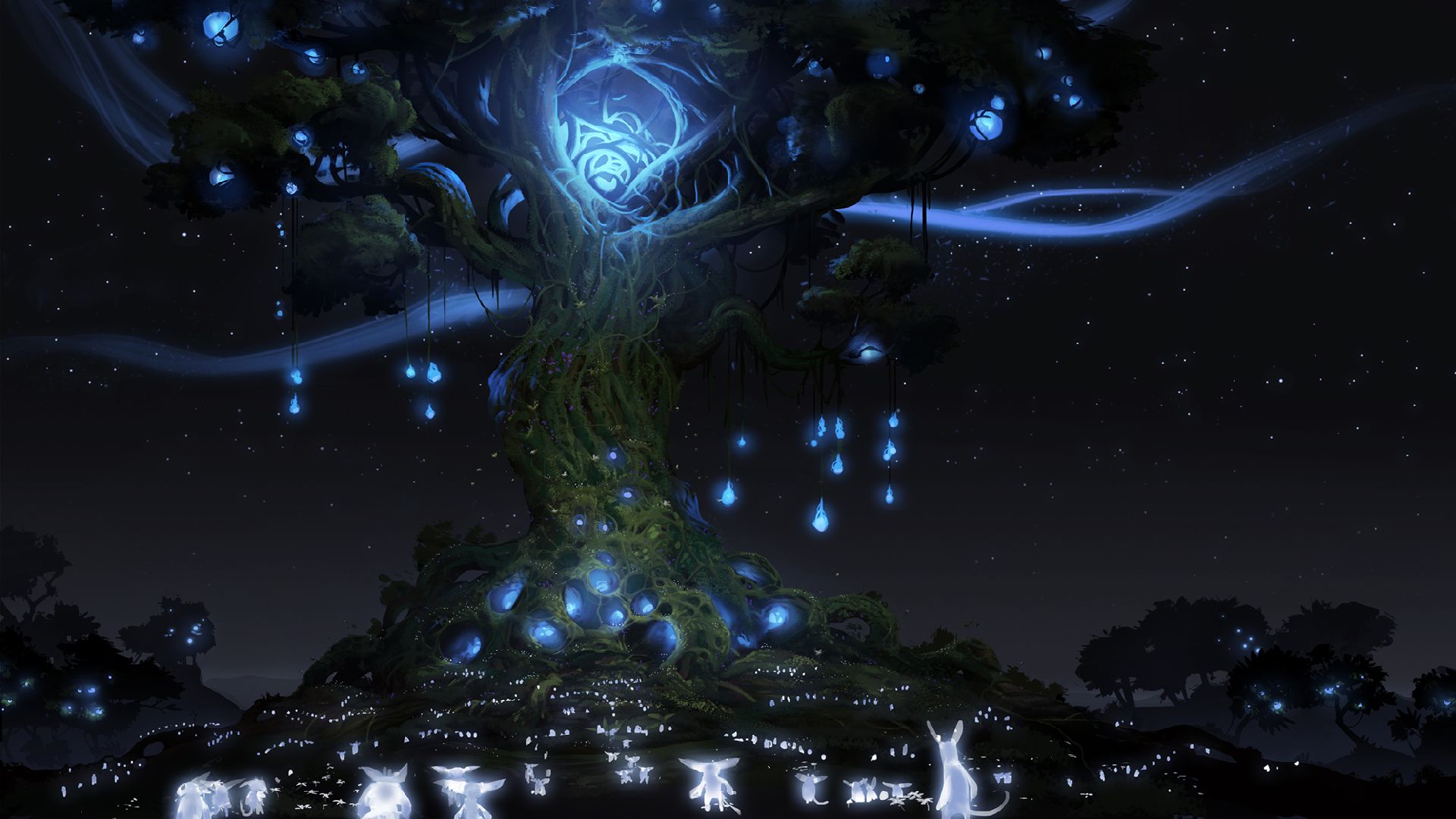 Not that any of that does anything to help against the instant kill hazards, which are both strangely numerous and sometimes rather badly telegraphed. For the most part, the game's visual clarity is excellent, which is pretty remarkable given the detail in each scene, but every now and then I found myself going from 'intrepid traveller' to 'fantasy road-kill' at the drop of a hat – or, to be more accurate, at the drop of a giant, seemingly innocuous slab of granite. In Super Metroid, where hours could easily pass between save points, it would've been a game-breaker; here, with Ori and the Blind Forest's save system, it's just kind of annoying. You're essentially given a resource-limited quick-save: save anywhere, any time, so long as you've collected the necessary energy and you're not standing in any immediate danger. Not an unheard-of idea, but energy is so plentiful and has so few other uses that you might as well save whenever you come up against anything more threatening than a rotting log, giving the game the instant-restart feel of a masocore platformer minus the 'maso-'. At times I felt like the game was looking over my shoulder, whispering “save scum” in my ear. I stand perched on the edge of a nasty-looking platforming challenge with more spikes than a crummy Mario rom-hack, my finger poised over the button. “Save scum,” the game repeats. “It'll be so easy.” In the end I do, because I can't remember when I last saved, and I don't want a single mistake to undo my progress. Who wouldn't?

That's not to say there's anything particularly wrong with the mechanics of the platforming itself. Ori's movement is every bit as fluid as it looks – which is to say, like being in some kind of parkour-themed shampoo commercial – and the controls hold a near-perfect balance between responsiveness and momentum. Wall-jumping is relatively painless, something that we probably ought to be grateful for given how badly some games seem to bugger it up, and there's even an ability later on that lets you use enemies and projectiles as spring-boards, with predictably radical results. I've been subjected to a chorus of moans to the general gist of “it's too hard” for almost a week now, and sure, it can be fairly unforgiving, but have you guys played any indie platformers lately? Have you any idea what it's like down here in Steam's 'upcoming' tab, wading knee-deep through pixels as big as your clenched fist? Frankly, you're getting off lightly.

Ori and the Blind Forest 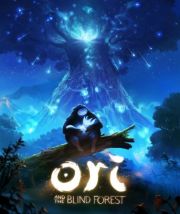 Ori and the Will of the Wisps
Platform: PC
Released: March 2020
Developer: Moon Studios

All videos for Ori and the Blind Forest (4)
Advertisement ▼