As Rome crumbles, Total War rises again from the ruins

While calling Total War: Rome 2 a bad game would be inaccurate, it’s hard to argue against the fact that it didn’t have quite the same pull as the series’ best entries. The huge scale of the map was undermined by lethargic AI and messy battles that turned the marathon length grand campaigns into a grind long before the victory conditions were met. Many of these ‘beneath the surface’ mechanics didn’t have much bearing on the moment to moment gameplay, and this resulted in an experience that felt watered down. At a glance, Total War: Attila looks all too familiar to this 2013 release. It shares the mostly the same map, similar factions and even a similar interface. However the formula has been rebalanced, the AI has been given a stiff kick in the rear end, and some seemingly small additions end up making more of a difference than you might expect. 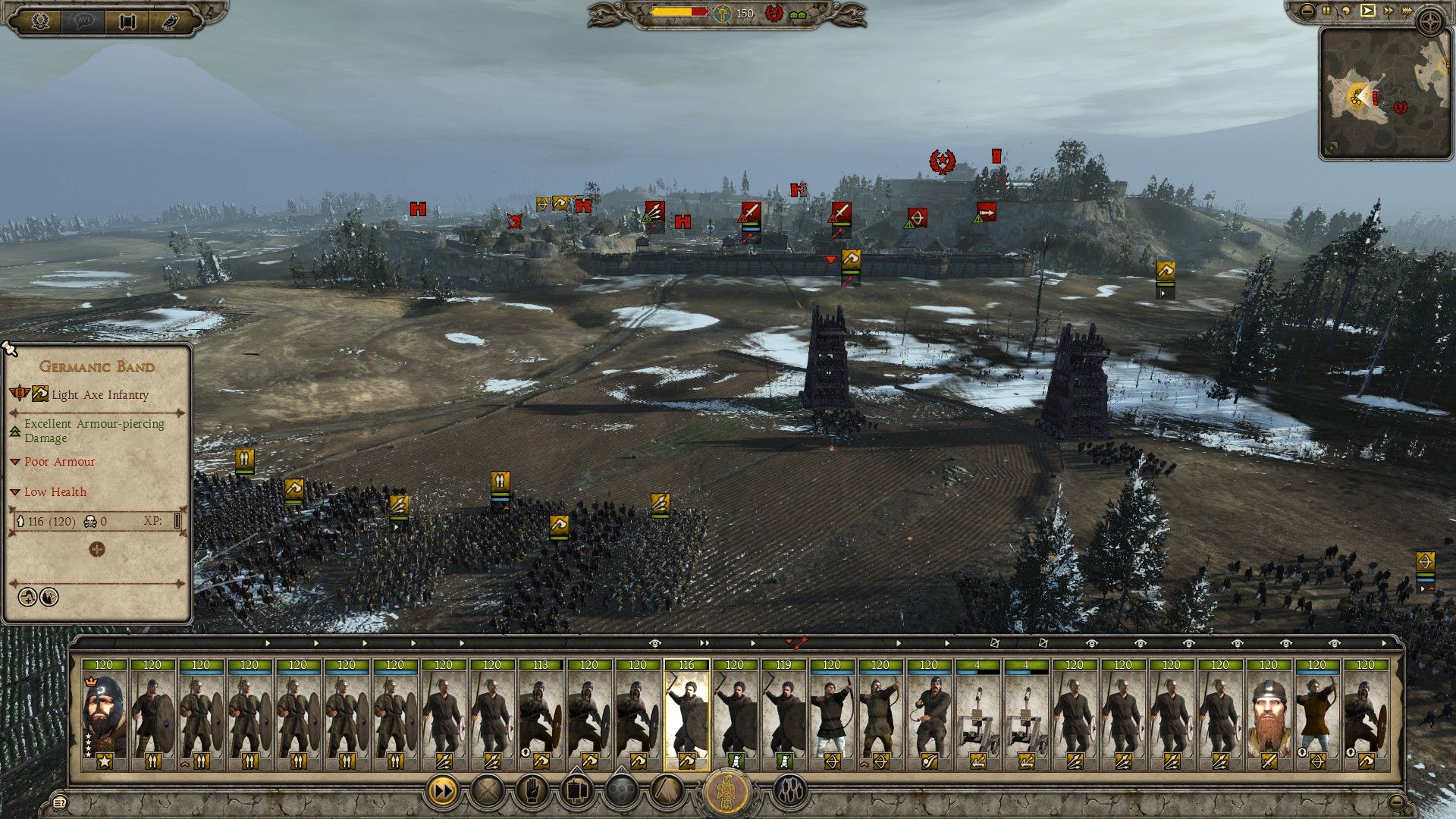 I think the best place to start with what makes Attila surprisingly fresh is how it handles historical context. There is a timeline that each grand campaign follows, with major events that will have an impact on how you and your AI allies and enemies proceed. The Huns are the most obvious manifestation of this; if you survive long enough, you will be notified that Attila the Hun was born. Not long after, the Huns will start sweeping across the map, sacking settlements and making life miserable for those factions who are unlucky enough to be in their way. Less obvious is the climate change that becomes apparent as you progress; to simulate the Little Ice Age that occurred during the middle ages, winters in the north will get increasingly harsh, land in these regions will become infertile, and Northern factions will start declaring war on the south simply so they can find a habitable home and avoid starvation.

Having to deal with these external factors while performing the usual balancing act of wars, peace treaties, trade agreements and internal politics adds a much needed layer of momentum to each campaign that keeps the pace from bogging down. Other elements that previously remained obscured in the background have also been made more prominent, such as politics, religion and sanitation in your cities. While these elements existed in Rome 2, they didn’t have much of an impact. Now, you must carefully manage the sanitation levels in your cities in order to prevent disease outbreaks, elect nobles to various offices while trying to balance the control of your faction leaders, and appoint governors for your provinces. The political figures also happen to be the Generals of your armies, giving you further incentive to keep them alive during battles.

Religion also plays into things, making a significant impact on the public order of your towns. If neighbouring territories are at war, refugees will flee into your territories, bringing with them their religion and reducing the happiness of your people. Maintaining good public order becomes a significant challenge, especially since the buildings designed to keep your people happy often consume a lot of food, and the buildings which produce a lot of food greatly increase squalor and reduces sanitation. Even without taking diplomacy with other factions into account, managing your internal affairs has never been this complicated in a Total War game, and it has never been this engaging. 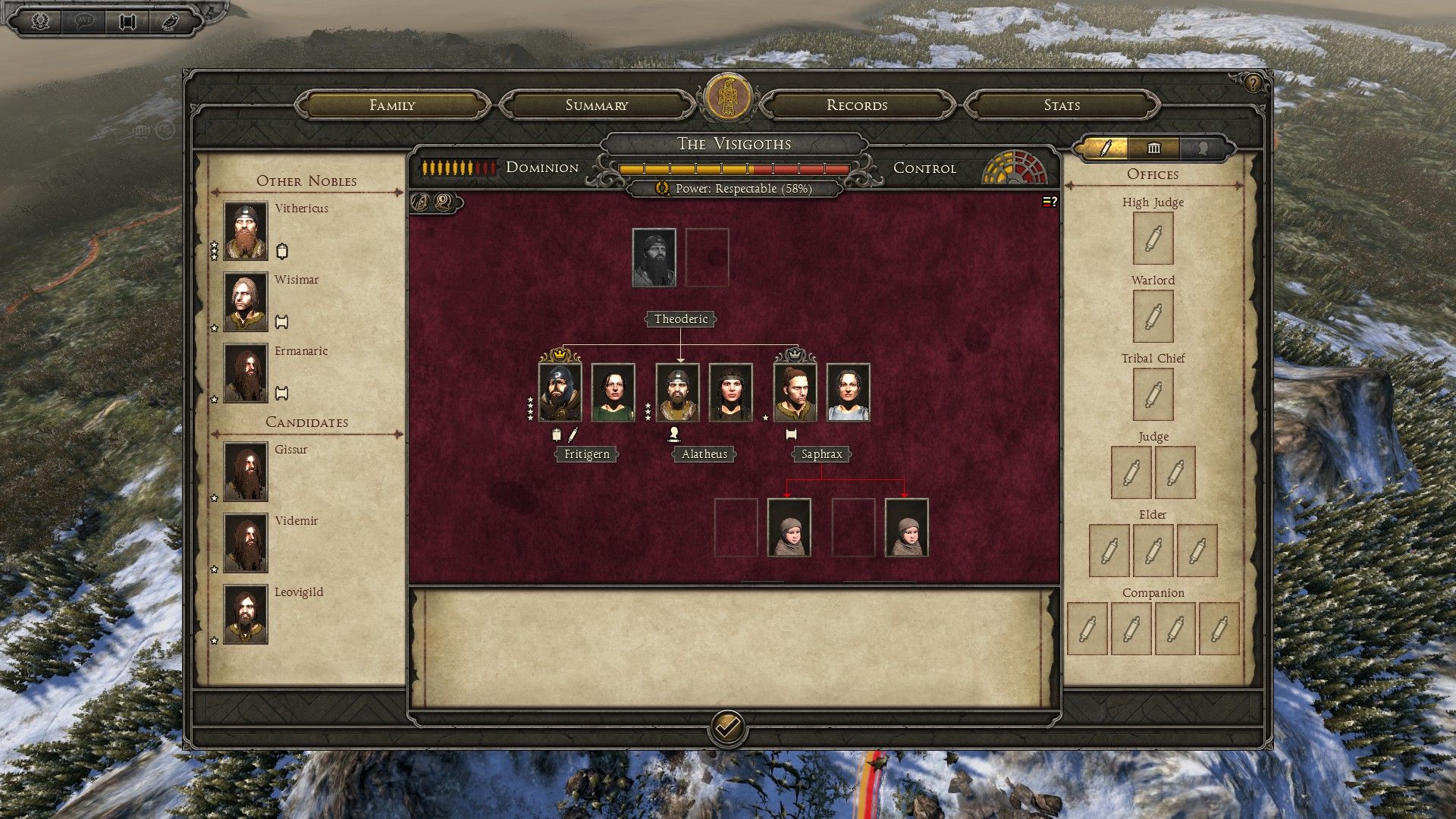 In a world where political status is determined by Beard length...

While the type of agreements available for inter-faction diplomacy have not changed much, I found that I had to be more careful when deciding who my friends and enemies were. I had one campaign spin out of control after declaring war on a friendly faction because I needed their territory as a victory condition and they refused to become a military ally. Things quickly escalated as another one of my previous allies turned against me and the political ramifications rippled out, ultimately resulting in about half of Europe invading my once secure borders and ending my seemingly successful campaign far earlier than I anticipated.

Another addition to Attila that adds a layer of unpredictability is the new system for Nomadic factions. Some factions start without any territory, with the general population of your people either being tied to your armies or to temporary camps which can be set up anywhere. If you don’t have any camps set up and are migrating your faction, you don’t have any fresh supply of food, and your army cannot reinforce, making for some almost Banner Saga-like moments of trekking across the map, trying to escape your enemies or find a suitable place to set up camp while your supplies dwindle and your army suffers attrition.

If as a Nomadic faction you do choose to take up residence in a permanent settlement or city, you have the option of abandoning it, which might be appealing if public order is too low, or if an unstoppable army is coming your way. Once you abandon a settlement, the region becomes desolate. Another faction can then settle there by paying a significant sum of money and populating it from one of its armies. You can also set up temporary camps as Nomadic factions which will let you build temporary structures to produce food, money and new units. Setting up camp in another faction’s territory will greatly reduce their food supply, making it a good way to cause problems for your enemies without directly laying siege. 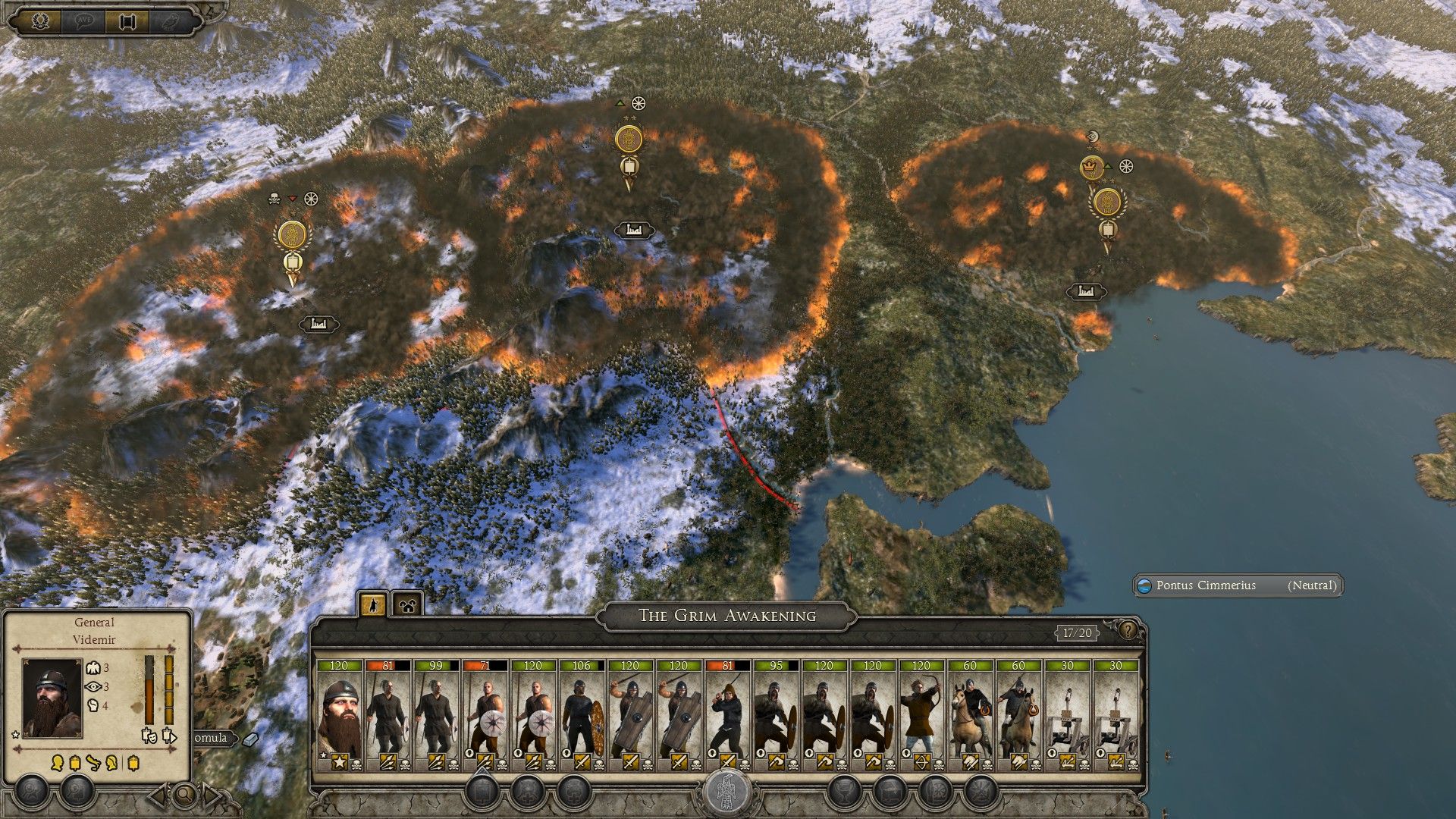 Scorched Earth policy is valid strategy when facing the Huns

Being a Total War game, I expected these new horde/nomadic mechanics to cause mass confusion with the Artificial Intelligence. Surprisingly, the computer controlled factions seem to make use of these new additions rather effectively. Nomadic factions would set up camps in odd corners of my empire, sacking my towns and fleeing before I had a chance to mobilize my armies. The AI in general seems to have abandoned the lethargic, predictable patterns of Rome 2 in favour of the devious, opportunistic AI of Shogun 2. 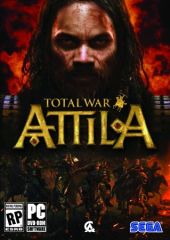