A solid throwback RTS once you wipe away the Goo

While the RTS genre has continued to lurk around the corners of the games industry in a variety of mutated forms, Blizzard alone has carried the torch for the classic design that popularized it in the first place. The folks at Petroglyph, many of whom were part of the classic Westwood team responsible for some of the most legendary entries into the then-burgeoning genre during the 90’s, are looking to rectify this terrible sadness. Grey Goo is a throwback to the era of the satirical cold-war and Command & Conquer glory days, with everything but the live action cut scenes present and accounted for to kick the nostalgia factor up to eleven on the amplifier that is the memory of those who enjoyed these classics during their hay day. 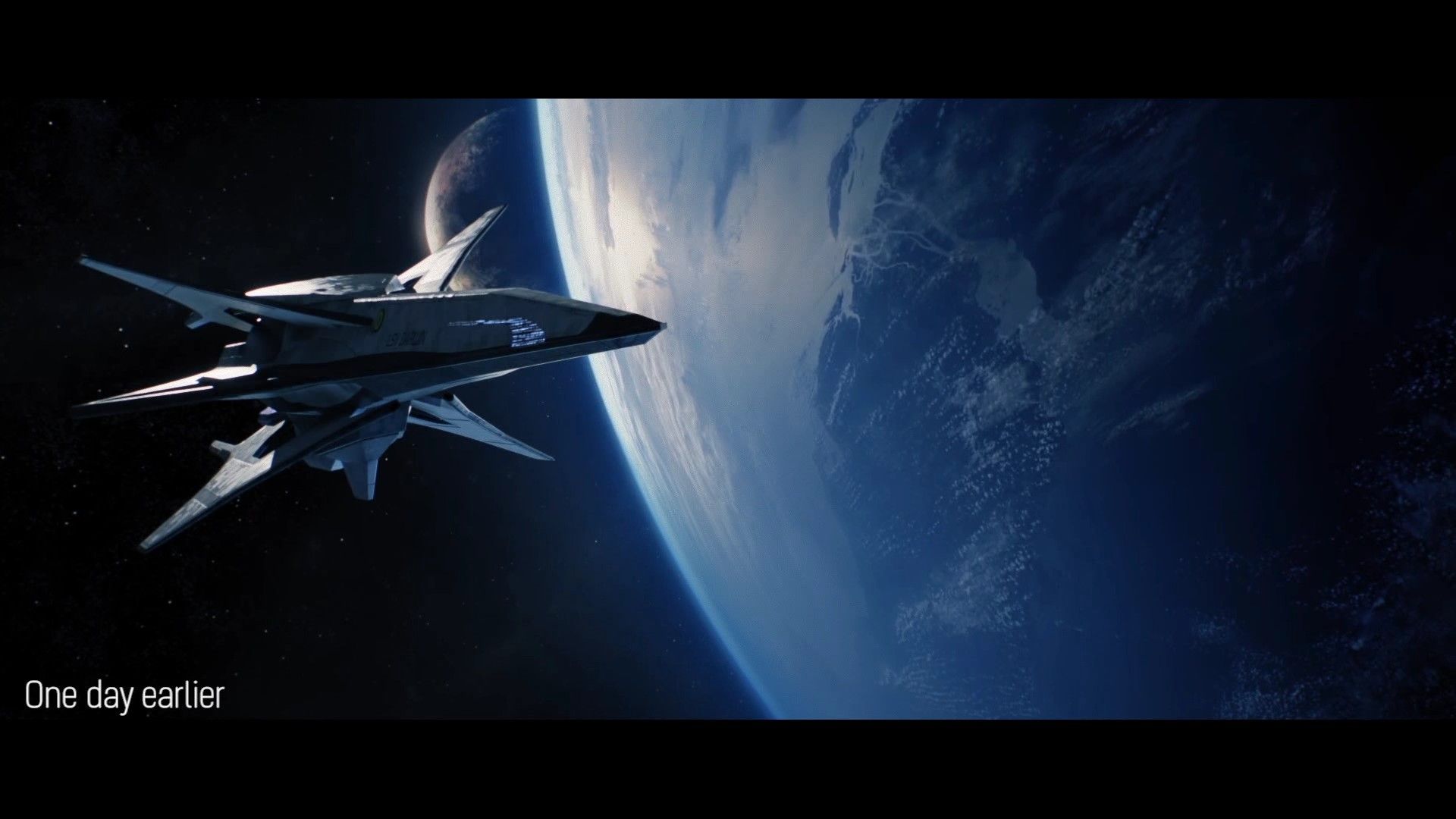 As you might have expected from such a game, Grey Goo features three modes; a story-driven campaign, custom skirmishes against the AI, and online multiplayer against human opponents. The campaign is split into three groups of five missions which you play as each of the three factions available. This mode presents a surprisingly satisfying story arc through expertly produced CGI cutscenes which fall just slightly short of Blizzard’s in terms of fidelity but far surpass them in writing quality. You first play as the alien race known here as the Beta who are struggling to understand the sudden appearance of Humans on their planet, alongside a much stranger presence known as the Goo. You will learn about how to Goo came to be, and attempt to stop it as both the Beta and the Humans before taking the reins and controlling the bizarre substance itself.

While the story provides good context for the motives of the three factions, the mission design itself is less inspired. The five missions you undertake as each faction essentially serve as heavily decorated and distended tutorials. You won’t have access to all of a faction’s units and abilities until the last mission or two, which serves to lessen the grade of the learning curve while also limiting your gameplay options severely. If there is one area that Grey Goo could stand to learn some new tricks it is in the way mission objectives are designed. The old rules of RTS mission structure are adhered to religiously, meaning you will have to build up a base and complete relatively homogenous tasks like defending a few points on the map or destroying some key enemy locations. Persistent and clever enemy AI do put up stiff resistance however, so the campaign is still highly engaging, although the difficulty will often lead to frustration on even the lower difficulty settings. 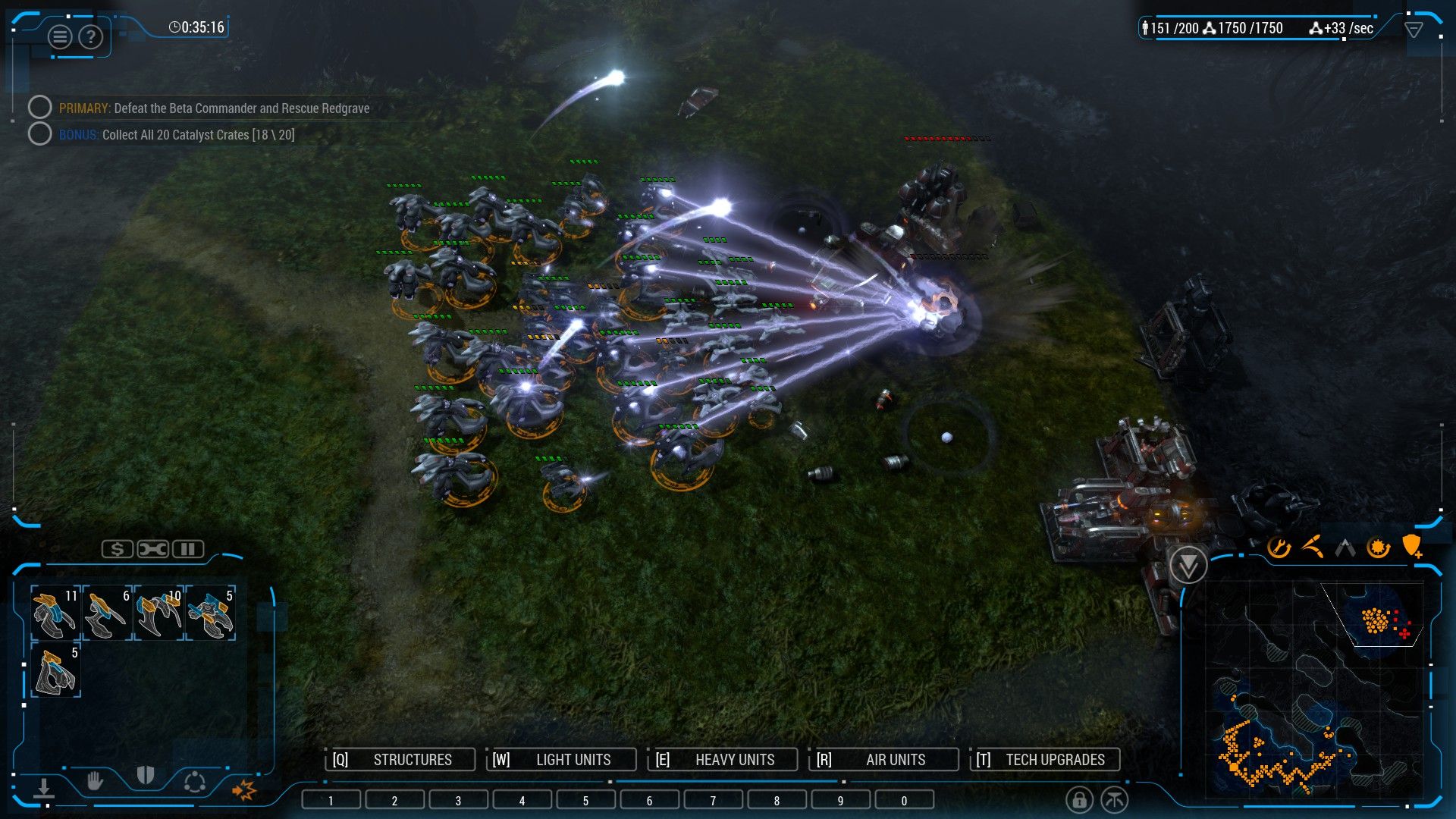 The first race you play as are the Aliens/Beta, who are probably the most straightforward of the three factions. There is a heavy emphasis on clever base design with the Beta; you can build hubs which power attached buildings like factories and tech upgrade modules for Tanks, artillery units, etc. You can build walls and garrison them to form defensive lines and slow down your enemy. Resources in Grey Goo come in the form of vents which appear around the map; you must build a refinery which is attached to a power source, for the Beta this is a hub, and extractor on top of the vent. The closer the refinery is to the extractor, the more efficient your resource collection will be. The Beta can easily plop down a hub right next to a vent on any part of the map, which makes for very efficient resource extraction, but also means you might end up spreading your forces too thin in an effort to defend your refineries and extractors.

The second leg of the campaign will see you playing as the Human faction. The humans must connect all of their buildings using conduits, making it harder to expand quickly past their initial starting area. However defensive structures can be built cheaply anywhere on the power grid, and buildings can be teleported around, meaning you can quickly shift the bulk of your defensive structures to areas that are being attacked. The biggest downside of this system is that a single break in the power grid will cause any detached structures to lose power, a weakness easily exploited by attackers. The amount of time it takes to expand the power grid and access resource vents further away from the base is also a significant drawback when playing as the Humans. However building up a large, well defended base with a maze of power conduits is quite satisfying and those who like playing RTS games defensively will enjoy the involved base building. 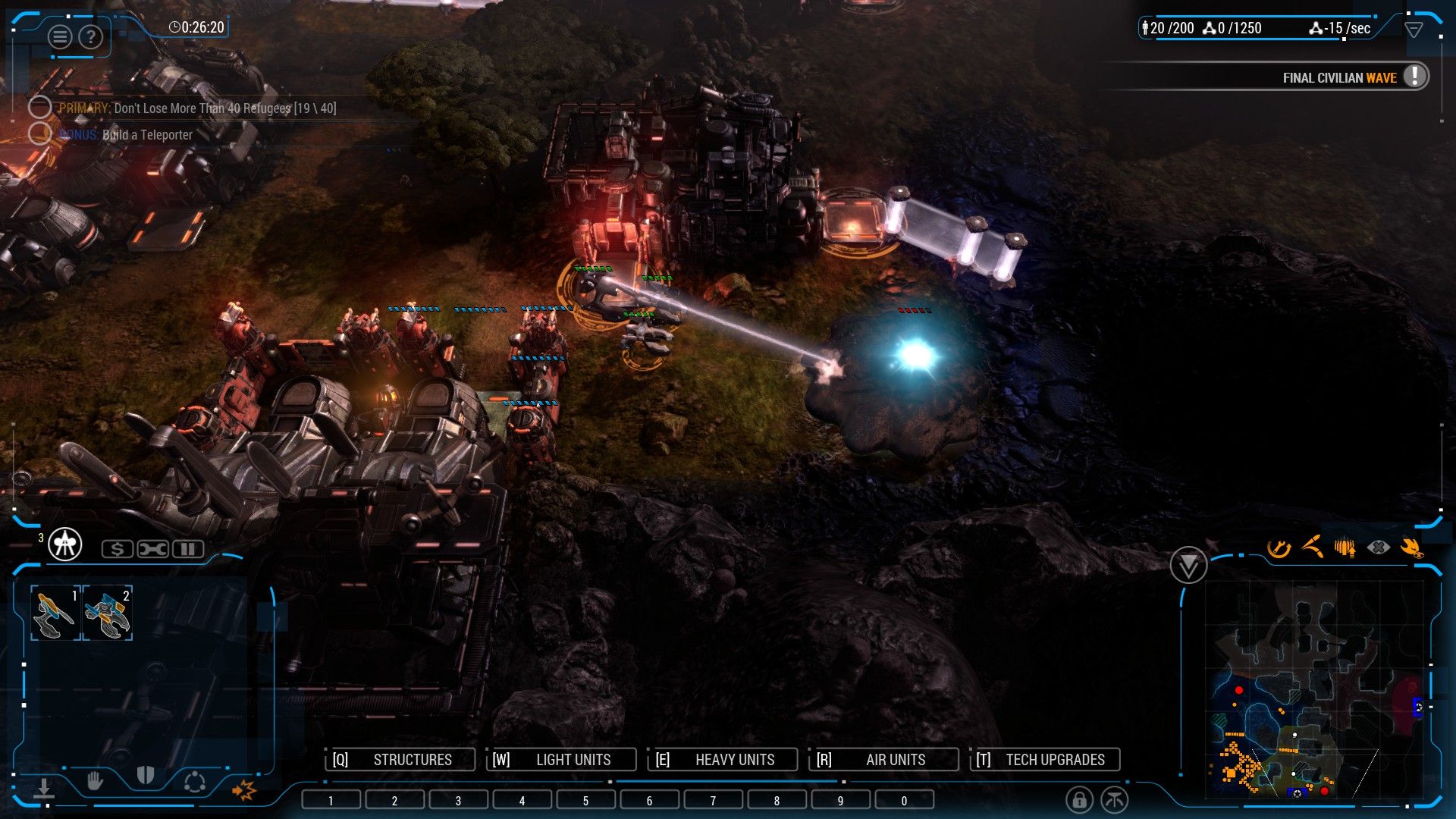 This defensive style of play is a big contrast from the most unique and problematic of the three factions: The Goo. The Goo sounds incredibly cool on paper; their base unit is a huge blob of nano-bots which can move around and consume enemy units and structures, gaining mass in the process. Other identical ‘Mother Goo’ units can be broken off, alongside smaller blobs which can then be transformed into more traditional units. The Goo is a highly mobile race; resources are gained by simply plopping a Mother Goo unit on a resource vent. This mobility is their biggest strength, but also represents the biggest problem with the design of the faction. Whether you are fighting AI or Human opponents, it is incredibly difficult to deliver the killing blow to a Goo player since they can always have one or two Mother Goo’s hiding away, ready to start reproducing. Many missions and skirmishes against the Goo drag on as you chase the last few blobs around the map.

Playing as the Goo also presents some problems. Early on they are relatively manageable but later in the game when you have several Mother Goos spread around the map, all producing units, they can become very unwieldy to manage as you try and keep track of which Goos have enough mass to reproduce. Rushing an enemy base with a horde of amorphous ooze is fun to control and terrifying to experience on the receiving end, however the faction that defines the game’s biggest departure from RTS conventions is ultimately the biggest weak point in its design. 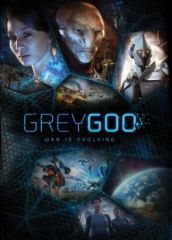