Rollers of the Realm Review

This experimental game combines two great tastes, but do they taste great together?

Sometimes all you need for a good idea is to mix two things together, like peanut butter and chocolate. This seems to be the approach that videogames are taking lately, with some experiments leading to a tasty combination while others end up as a bitter taste. Regardless, the effort to do something different is always appreciated, especially when involving a genre as unflinching as RPGs. In the case of Phantom Compass, the indie developer has decided to concoct one of the wildest combinations yet with Rollers of the Realm, combining the unpredictable and fast-paced nature of pinball games with the slow-paced strategic nature of RPGs. 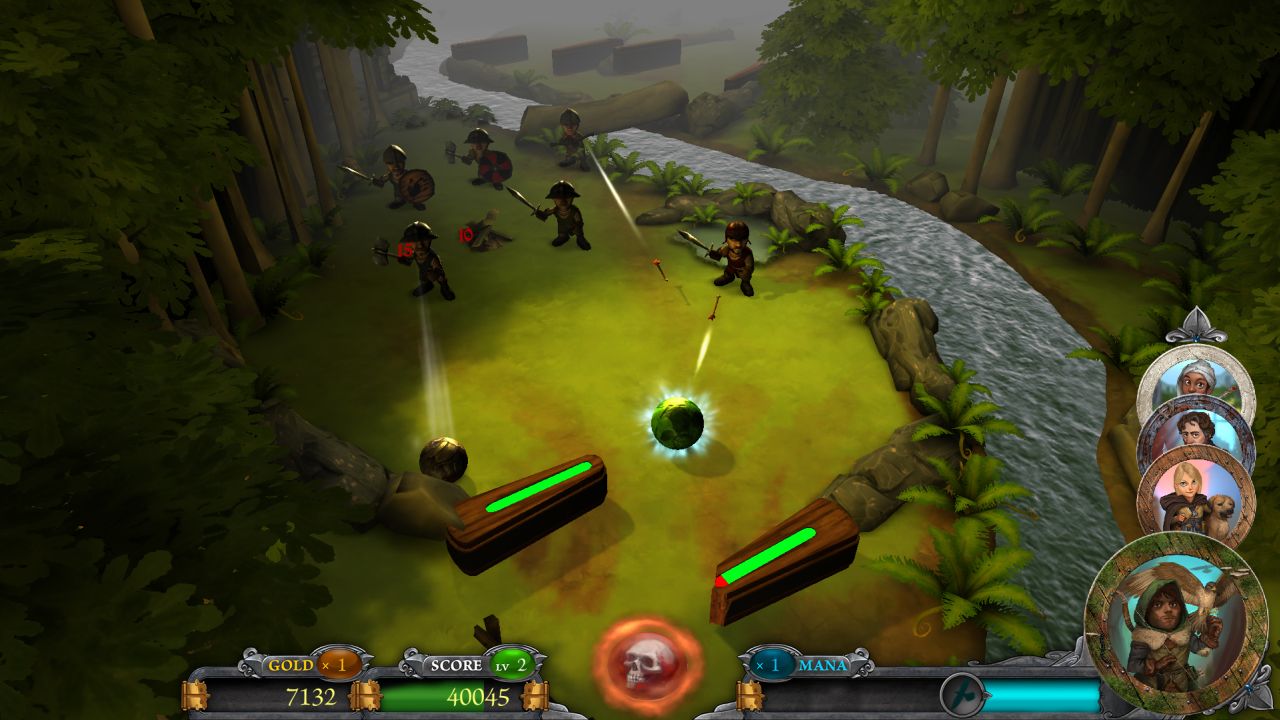 Rollers of the Realm begins with a female thief known only as the Rogue, a sneaky pickpocket armed with only her wits and a loyal canine companion. While coming to the aid of a drunken knight known as the...Knight...the two get mixed up in a quest that nets them more allies and many more enemies. It's a simple premise without much story variety and further hammed along with voice acting befitting a renaissance faire, but it's more than you would ever expect from a premise involving pinball.

Speaking of which, the pinball aesthetic deserves immediate appreciation for its charming concept alone; While character portraits serve as expositional material (and are often hideous to behold), the characters themselves are also represented as individual pinballs within the game. There is something immediately amusing about seeing a group of human guards surrounding a hapless steel ball, and it's even more amusing that the balls themselves are personified during gameplay; characters will often shout or show displeasure over being flung around the table-designed maps, especially when falling to their doom due to a mistimed bumper. 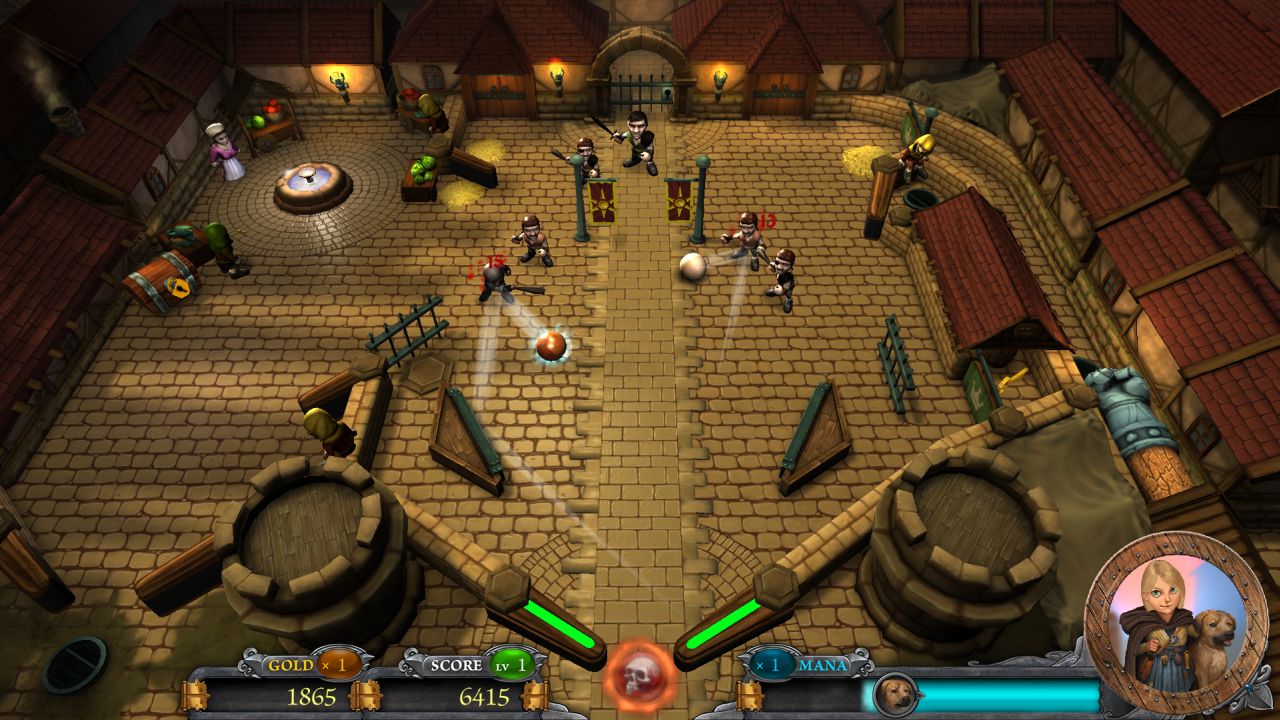 Indeed, Rollers is more pinball than RPG, which may prove enticing for fans of the former but may also prove frustrating for fans of the latter. Each area functions as a normal pinball game, with various spots to routinely bump against to rack up points, in this case gold and mana. Gold is used to upgrade characters at the main menu, such as their offense and defense, while mana allows characters to perform individual abilities, such as the Rogue calling up her dog as an extra ball or the Knight strengthening his defense against enemy attacks. The most crucial ability, however, is the Healer's ability to revive party members, which essentially translates to recovering lost pinballs. The Healer can also restore lost hit points, including the bumpers themselves which can suffer damage from enemy archers.

Rollers of the Realm certainly has a unique concept, but does it work? The simple answer is: sometimes. The game controls exactly like a pinball simulator, which is also part of the problem; most objectives in each area require players to defeat a certain number of enemies as well as unlock a specific door or trap to proceed. Given the random nature of pinball games, this can prove frustrating for those who aren't avid pinball wizards, resulting in several minutes of failed attempts in hitting a ball just right so that it whacks against whatever it needs to hit. On the upside, players do have the ability to manually influence the direction of a pinball while it's moving, but this is still only offering partial control over an object specifically designed to be out of your control. 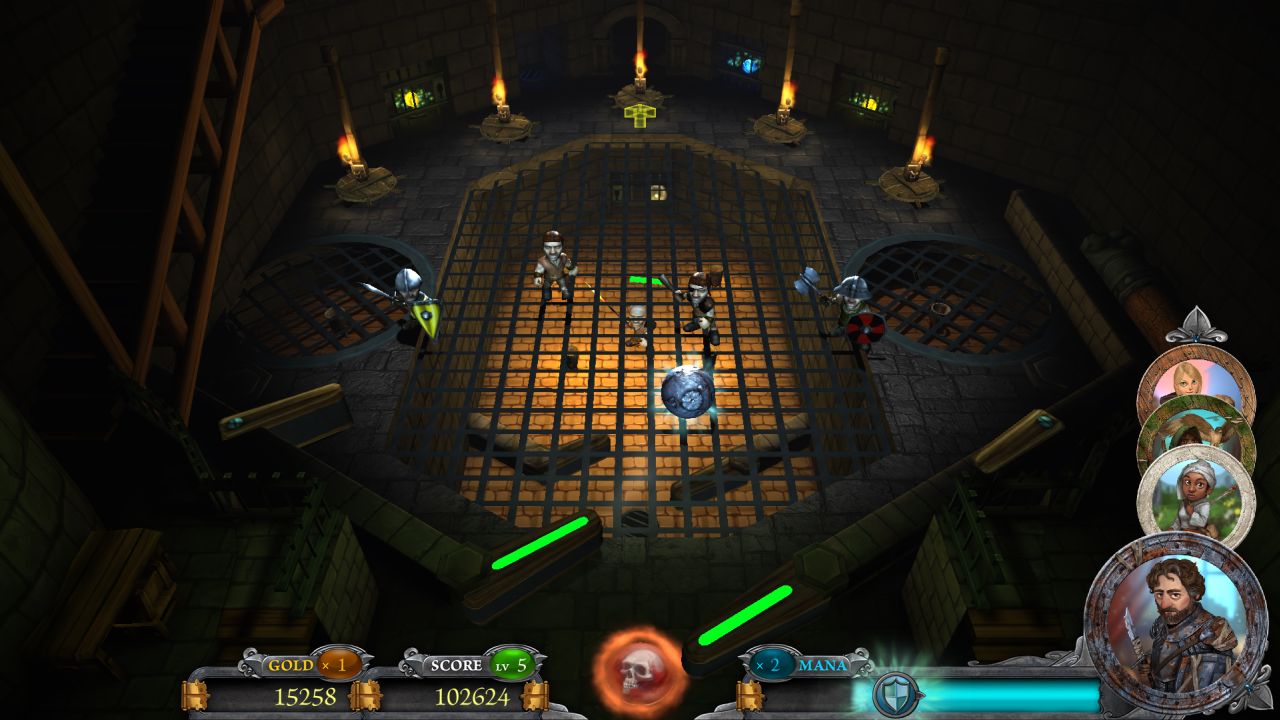 For better or worse, Rollers of the Realm does exactly what it advertises; the game features numerous unlocks in the form of character stats and additional characters, and the mere concept is appreciative just for trying something different. However, unless you are a dedicated fan of pinball games in general, the game leans a bit too heavily on the pinball flavor rather than create an equal experience with its Pinball/RPG sandwich, making it an acquired taste that only a specific few may fully appreciate.

Our ratings for Rollers of the Realm on PC out of 100 (Ratings FAQ)
Presentation
65
Character designs have a creepy doll-look to them, and the audio portion is generic medieval faire. However, there is an immediate charm to combining a pinball backdrop against an RPG aesthetic.
Gameplay
60
It functions exactly as a pinball game should, but being forced to specifically target things with an intentionally unwieldy control scheme runs the risk of frustration over motivation.
Single Player
65
An assortment of areas and unlockables encourages repeat grinding for that extra gold. The bonus areas are also more forgiving with their precision-based objectives.
Multiplayer
45
An arena mode allows for two players, though naturally it is restricted to local play only and is more of an afterthought.
Performance
90
No issues
Overall
60
A wholly appreciated experiment that does not quite balance both genres, but definitely worth a look with players who are 70 percent pinball fans, 30% RPG.

Rollers of the Realm 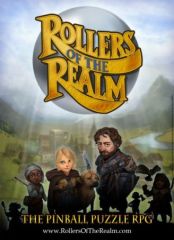