Needs a bit more to feel like a complete experience

I couldn’t help but be impressed with how much Xeodrifter reminded me of some classic NES titles. With an over-abundance of retro-inspired indies flooding the market nearly every day, complete with gorgeous pixel art and/or a rocking chiptune soundtrack, it’s become harder and harder for them to really leave an impression. While many of these games simply regurgitate the same old artwork, or sound effects, very few get that feeling of an NES game. For better or worse, Xeodrifter not only nails the aesthetic, but also the precise, and sometimes frustrating controls of the long forgotten past, while still bringing some new mechanics to the adventure. 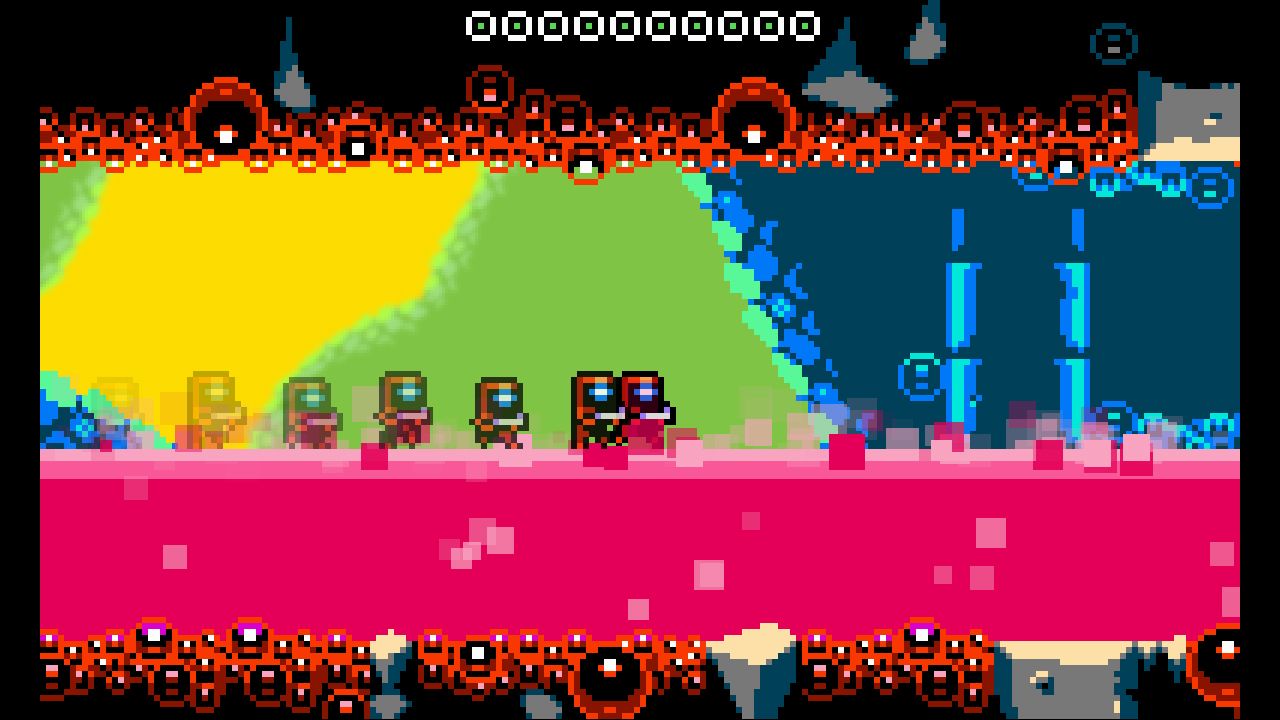 In Xeodrifter, you play as a lone spaceman who seems to have lost power for his ship and is now set adrift in space. In order to power his ship back up, he must traverse four deadly planets in search of a crystal that will allow him to make his way back home. Like the games of old, Xeodrifter doesn’t present you with a clear cut story and players are left to fill in the blanks with their imagination. It’s not even clear if the character you control is male, female, or even human. All you do know is that you have to explore these planets, unlock upgrades to proceed further into the game, and defeat bosses until the credits roll. The simple take on Xeodrifter can be a refreshing change of pace from plenty of other games that try to shoehorn a story in, or become overly produced instead of focusing on the gameplay itself.

There doesn’t need to be a clear, strong narrative for it to be impactful. Similar to games like Metroid, which Xeodrifter is obviously inspired by, the atmosphere and tone of the game makes you feel like you’re all alone in this world. The vastness of space conflicts with the spaceman’s presence and you really get the sense that you don’t belong there. There are no other characters in Xeodrifter. Every being you come into contact with will destroy you if you let it. Each world feels alien in its own right, with its own unique enemies, pixel art, and music. What I really enjoy about the music is that it still has that catchy chiptune sound, but each track has a sort of somber, rhythmic pace to it that reinforces the urgency of the mission, never letting up.

Like all great Metroid-vanias, Xeodrifter is about exploration platforming. There are four planets in the game that can be accessed freely from the start, allowing you to explore at your leisure. There aren’t multiple paths or a wide range of choices to get from point A to point B, but the illusion of an expansive world is definitely there. It’s when you start to see through the illusion into a very straight-forward and linear path that things become a little disappointing. Many areas will be blocked off and only accessible once you find the appropriate upgrade. However, you’re constantly rewarded for searching and blasting little nooks and crannies to find additional health and gun upgrades. 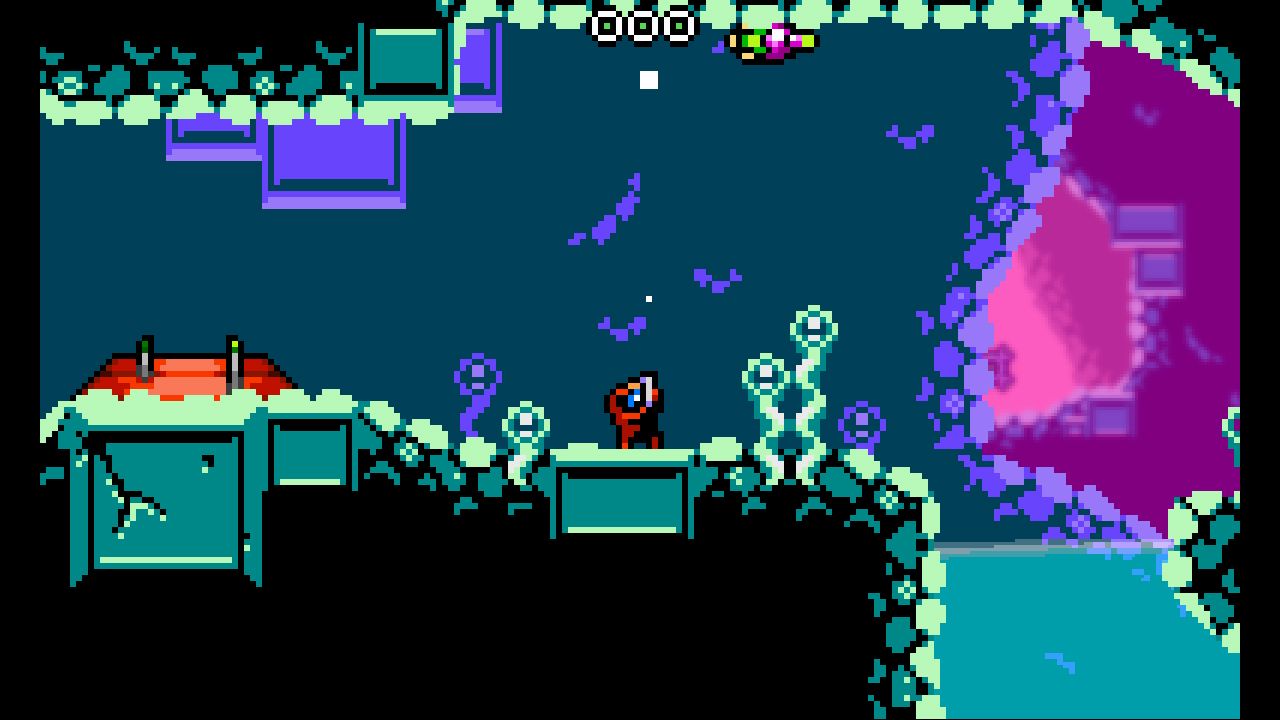 Blocked paths can be returned to later in the game as you unlock an assortment of abilities like a rocket jump, or the ability to shift between the foreground and background ala Mutant Mudds. Some of these abilities do a great job of making your character feel all the more powerful and it’s easy to see where these abilities can be used to progress further. I did find the jump between the foreground and background a bit jarring. While the added depth makes you pay attention to what’s going on in the backgrounds, I feel like the design never really capitalizes on the mechanic. In Xeodrifter, there are multiple areas where it just becomes hard to see platforms and some enemies while roaming in the background, which caused some frustrating deaths. I also found the simple switch itself to be annoying in combat. Normally when you’re in the background you can simply press the button to switch planes and you’ll shift to the foreground. Easy. But most areas won’t allow you to do the same from the foreground to the back unless you jump first. This became very annoying in boss fights when I needed to switch grounds quickly and precisely.

The bosses themselves are both a highlight and a disappointment to me. Throughout Xeodrifter, you’ll face off against these giant bug creatures that will push your skills to the limit. These pattern-focused encounters reminded me of some of the best Mega Man boss battles from year ago… at least for a while. The problem is there is only one boss you’ll fight throughout the entire game. In each fight, the bug will change color and either add an additional attack, or switch up its tactics. For the entire game, each encounter becomes more and more familiar while also becoming more and more challenging. So in a way, these encounters just end up feeling recycled and tired by the end of the game despite their difficulty. It’s a shame really, because these encounters started out being incredibly fun.

My favorite part of the combat is the ability to customize your gun to your liking. Throughout the game, if you search enough, you’ll find multiple gun upgrades. These act as points you can put into one of five stats. The more points you find and equip, the more your gun will evolve. You can make it more powerful, you can up the rate of fire, you can even make you bullets do a wave-like motion, making it easier to nail enemies that might normally be just out of range. I loved messing with this system and figuring out exactly how I wanted my gun to behave. You can even set up multiple loadouts, something I took advantage of when fighting a boss as opposed to exploring the planets. It’s not a deep amount of customization, but one that gives enough choices to feel rewarding when you see it in action. 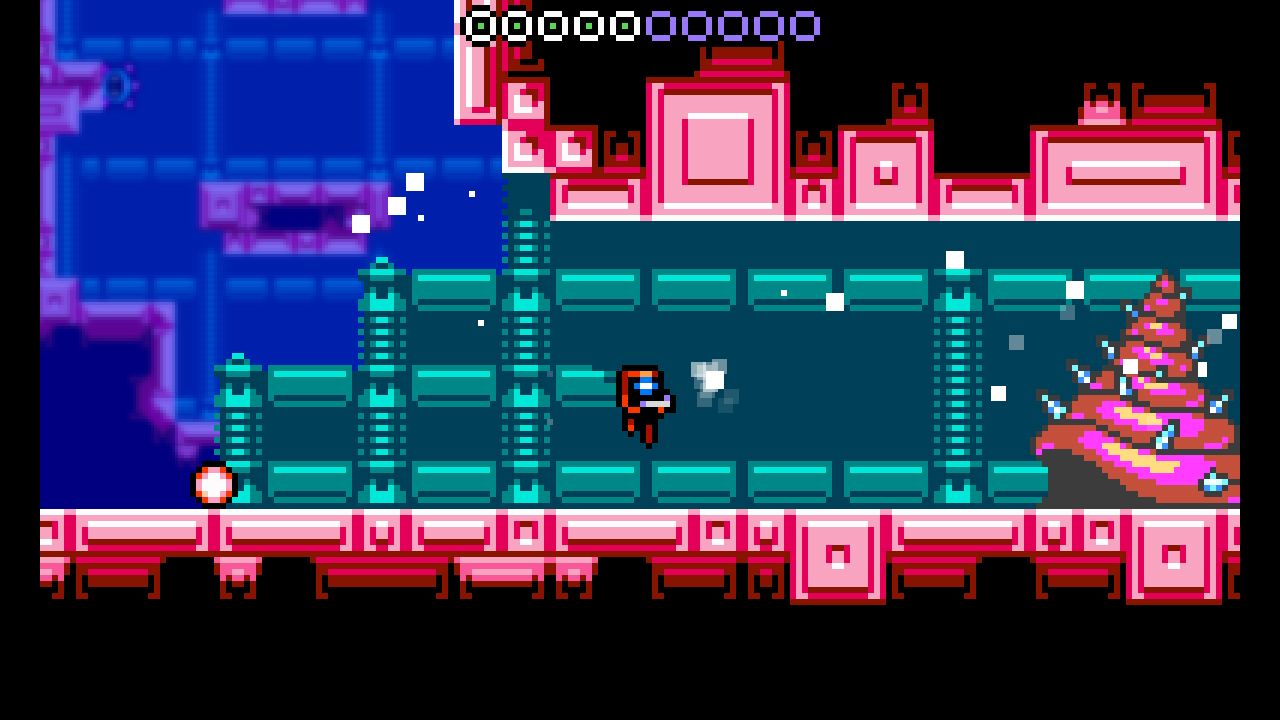 It’s also worth noting that Xeodrifter is short. Normally, I have no problem with a short two and a half hour experience but the game ended when I thought I was just moving onto the next world, making the ending credits scene a bittersweet moment. I liked Xeodrifter but I wanted more. A clearer sense of progression would’ve helped me realize that these four planets would be the entire game instead of giving players an abrupt ending. Remember when games would open up that final boss world after you finished every other level? That’s kind of what I expected from Xeodrifter but never saw. The one recycled boss also hurts the overall experience, again making it feel like something is missing.

Xeodrifter does a fantastic job of creating a game you feel would be right at home on the NES. But unlike the Mega Mans and Marios, Xeodrifter feels like a B-tier game that just didn’t have enough time to cook. While the overall design is great; featuring fun, customizable, combat and a great sense of exploration and discovery, some mechanics don’t work as well as they should. I spent two and a half hours on my first playthrough and fought the same boss nearly ten times. That’s too much for one foe, no matter how much it evolves. Then once you access all of your abilities, the game ends too abruptly to ever really enjoy them. Xeodrifter is a game that will leave you wanting more, but not exactly for all the right reasons.

Our ratings for Xeodrifter on PC out of 100 (Ratings FAQ)
Presentation
80
Xeodrifter looks, sounds, and feels like a classic NES title. It retains the NES feel with barely any plot or story. It helps with the cold, lonely atmosphere of space, but ultimately a sense of progress and purpose gets lost.
Gameplay
73
The platforming and exploration feels great in Xeodrifter. Customizing your gun to the exact way you want is a fun mechanic that feels like it should be in every Metroid-vania. Some upgrades are a bit frustrating to use though.
Single Player
70
You can finish Xeodrifter in a single sitting if you want. With recycled bosses and an abrupt ending, it leaves you feeling like there should be more to this game.
Multiplayer
NR
None
Performance
90
I only experienced a bit of slow-down twice throughout Xeodrifter. This occurred when a lot was going on on-screen and my gameplay was never affected.
Overall
74
Xeodrifter is a nice appetizer for whenever Nintendo gets around to making a new Metroid game but it definitely needed a bit more time to cook to make it feel like a more complete experience. 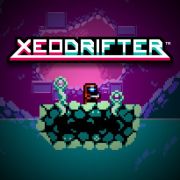