Old-school dungeon crawling, with emphasis on the 'crawl'

I have to be honest: I very nearly didn't pick up Legend of Grimrock 2. The little voice in my head – the nasally-voiced infinite font of boring-but-reasonable courses of action – had a list that rolled all the way down my ear canal on why it was a poor choice. “You didn't play the first one. It's clearly not aimed at you. You aren't nostalgic for the genre. Steer clear and do some studying, you lazy bum.” Well, screw that voice; he's been plotting against me ever since I tried to fish him out with a screwdriver. I played Grimrock 2 as a clueless outsider, and as I've mentioned before, that's a valuable viewpoint to have, since new ones are created every day. I've got some good news for you, fellow outsider: Grimrock 2 is worth your time... provided you're willing to donate a lot of it. 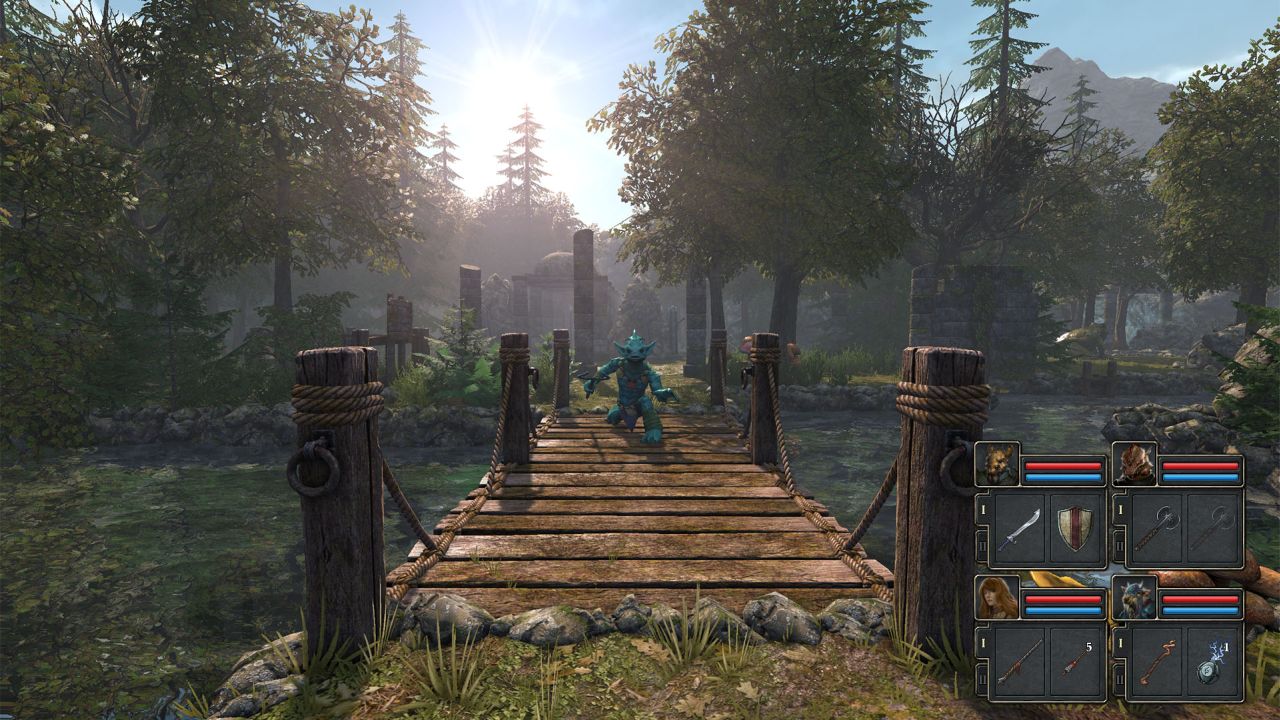 So here's the crash-course. Your party, by default, contains the four pre-requisite fantasy adventurers: the Fighter, the Tank, the Wizard and the Other One (alright, so he's an alchemist, but face it: he's the fourth wheel here). You can change your starting stats if you really want, but this is probably the configuration that most people are going to go with. Anyway, you were all imprisoned on a ship – because when any watchman worth his salt sees a quartet like this walk into town, he knows that the ancient, unspeakable, world-devouring monstrosity can't be far behind – which, at the whim of the remote Isle of Nex's mysterious overseer, was magically shipwrecked during a storm. Waking up on the island, it's clear that the only means of escape is to get to the bottom of whatever the island master – see, it's 'island master', not 'dungeon master', because Grimrock is original like that – has in store for you, a goal that your group implicitly agrees can best be achieved by entering a strict two-by-two formation and marching everywhere in one-meter lockstep strides. Yup, it's an old-school first-person dungeon crawler, a genre that seems to be doing unusually well as of late considering its blatant foundations in nostalgia, but hey, this is a sequel; the original can't have been too bad, right?

And now we get to the crux of the problem with criticising a game like Grimrock 2: just about every complaint I have about it isn't so much a problem with the quality of the game as it is an inherent feature of the genre itself, and any attempt to bring up such faults feels like taking a motorcycle back to the dealership and dressing-down the salesman because it has fewer wheels than a car. “Well, yes,” he says, blinking in mild confusion. “That's rather the point. What did you expect?” I don't know. Maybe I just want to go on an opinionated rant in the middle of the showroom floor about what a massively unintuitive pain the format is. Yeah, that sounds like a great idea. I don't see any way this could possibly go wrong. 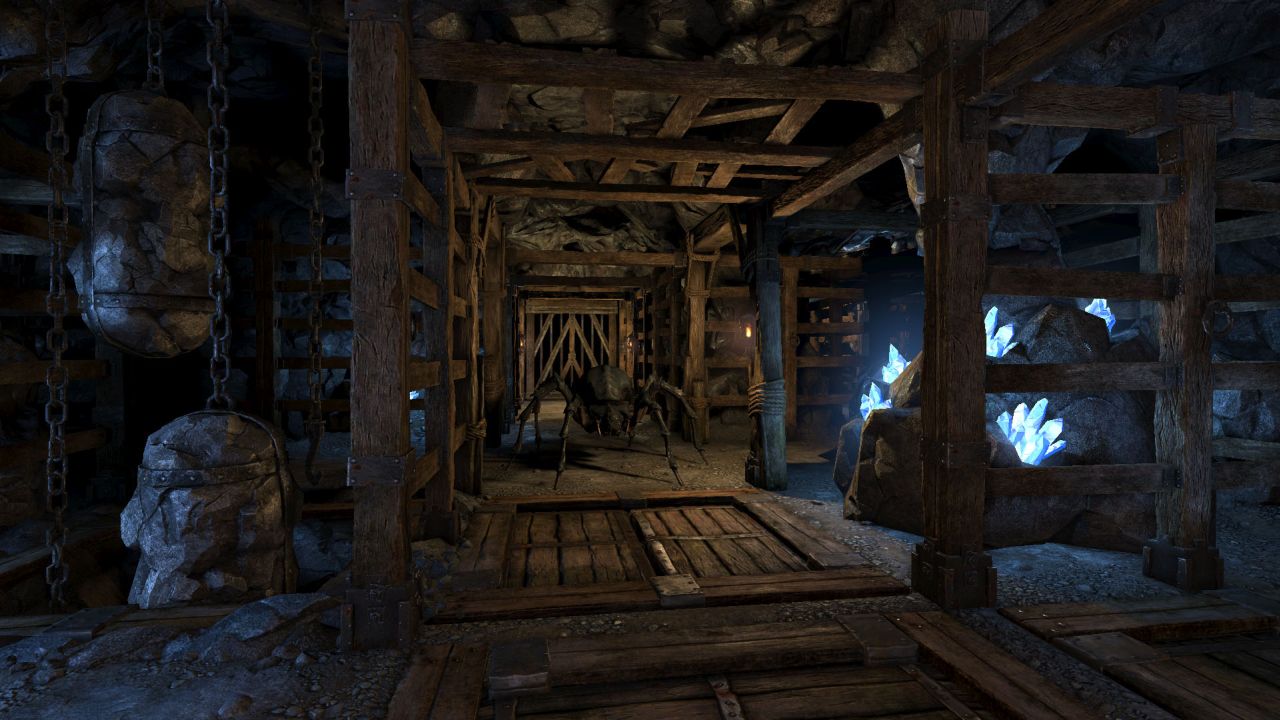 What Grimrock 2 really demonstrates well, more than anything else, is just how much old-school dungeon crawlers hate your sanity, your blood pressure, and your guts. That's to be expected to a certain extent – I mean, it's a dungeon crawler, not a pleasant peaceful meadow crawler – but some of the decisions it makes are exactly the sort of old-fashioned dross that the industry abandoned for really good reasons. Combing every last square of wall in a dungeon for the hidden button that'll let you proceed is an excruciatingly boring task, exacerbated by your inability to make like the Quake marine and just diagonally grind your face along them while hammering the 'use' button, but that seems like a mere drop in a rainstorm when compared to the game world at large. I'm sure we can all agree that having an objective marker dangled in front of your stupid face like a carrot on a stick is patronising at best, and a patch-job for awful level design at the worst, but at the far, far end of the spectrum sits an equally-distasteful experience embodied by Grimrock 2, where aeons are spent checking every last nook and cranny of the entire map until you finally stumble, often by sheer dumb luck, into the one area that represents progress. It's like filling out map squares in Super Metroid whenever you get stuck, except instead of dropping Power Bombs and terrorising the local wildlife, you pore over obtuse riddles and pick mushrooms. I appreciate that if an area is full of ogres currently wiping their bottoms with the tattered remains of your armour you can always wander off in some unrelated direction and see if you find something else, but after so many hours of trekking back and forth across the same tired ground with such regularity that I'm on a first-name basis with every single one of the sentient statue heads, I would kill for a giant skybox-spanning neon arrow that just pointed me in the direction of whatever detail I'd missed.

Fortunately the puzzles are a teensy bit less likely to leave you floundering about, though they definitely require you to beat your head against a wall or two until you've mentally shifted into the peculiar state of mind required to solve them. A lot of the time the actual clues you receive are fairly straightforward instructions, and the trouble isn't in following them so much as trying to mentally replicate the pretzel-shaped logic that maps them to your surroundings. “'Under, under, over, over, over'?” I said, scrutinising the crumpled scroll in my hand. “Why, that must refer to that footbridge I passed not five minutes ago.” So I gleefully wandered off, full of pride for working that one out right away, unaware that I would spend the next twenty minutes hopelessly trial-and-erroring my way through every last possible definition of 'over' and 'under' with a messy lack of diligence you can only get from being utterly bored to tears. For lack of a better word, the puzzles feel very videogame-y, forcing you to think of your environment not as a character but as a player. Does it really make sense to have a door that opens when you walk in a certain direction, or place a certain item in an alcove? Hardly, but in the world of Grimrock 2 it's the kind of possibility you need to be ever-aware of. 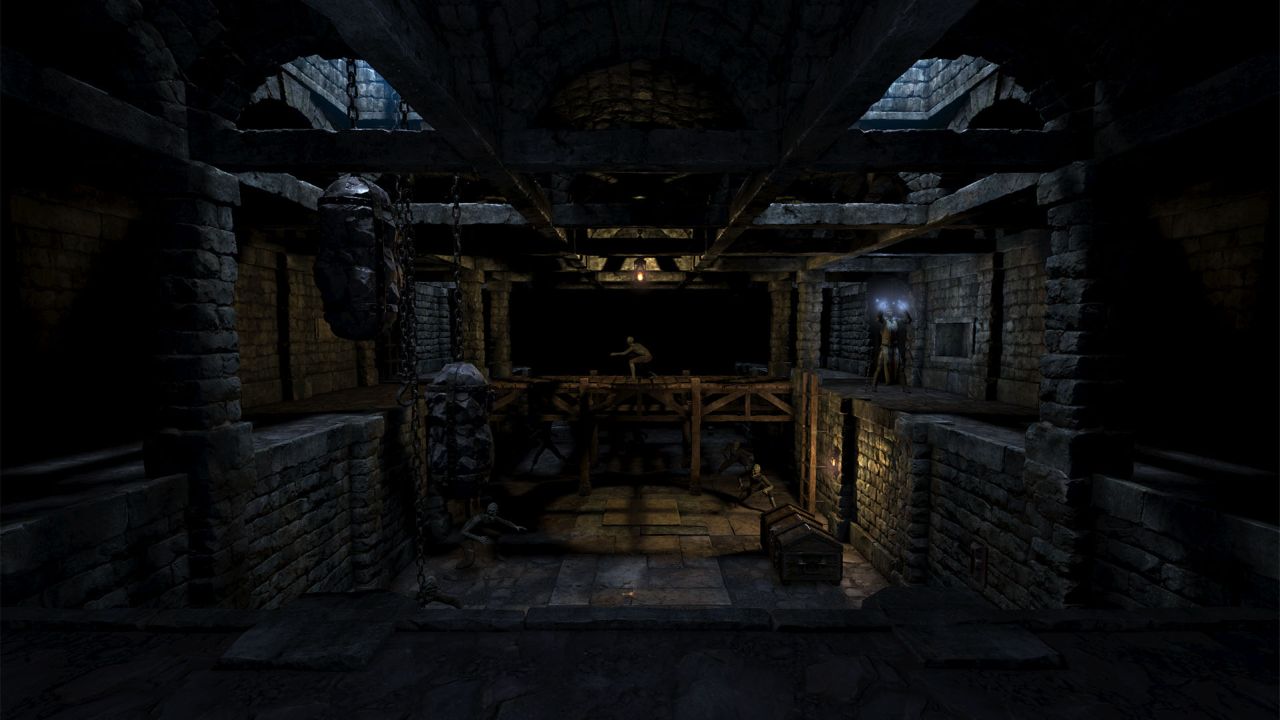 Then there's the combat. It takes place in real-time – the way proper, hard-drinking, bear-punching men fight – but of course, the interface and general format of the game are decidedly more suited to turn-based combat, creating an experience that's about as smooth and natural as playing tether-ball with both your legs in plaster casts. That's not to say that tile-centric combat doesn't have its merits – preventing more than one enemy from swarming you in a narrow corridor, for instance – but the implementation just seems to have taken the worst of both worlds and nailed them together. In order to fight an enemy – and, this being a dungeon crawler, there are rather a lot of those – you walk up to them and slap your hands on your party's 'attack' icons like a child on a grand piano until they explode into fairy dust. At least if the monsters waited their turn, that might have injected some order and strategy into the otherwise utterly uninvolving proceedings, but as it is all you have time for is 'attack, attack, attack, cast spell, attack', with a sideways dodge thrown in here and there if you're feeling fancy.

While the interface is indeed pretty intuitive, it's still far too unwieldy for drinking potions and using consumables in a hurry, unless you want them taking up your valuable weapon slots. Hotbars are the mark of true heresy in Grimrock's universe, apparently. Some encounters demand that you really do consistently dodge attacks – a rather nasty recurring boss fight with a gibbering leprechaun springs immediately to mind – which would, in any sensible context, require good timing, awareness and a certain fuzzy understanding of where and when attacks hit. In Grimrock 2, the same applies, but rather than elegantly dashing out of the way of a subtly-telegraphed attack, you awkwardly shuffle everybody one square over like you're letting a rude cyclist past and hope for the best. It sure is a shame that modern technology hasn't come up with a better system for first-person movement, eh? 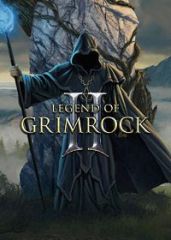