We try our hand at the multiplayer in the upcoming RPG

Someone is apparently asking for more BioWare multiplayer. Maybe it’s a rabid fan base, maybe it’s some EA executives, but someone is making sure that in a post-Mass Effect 3 world, BioWare continues to devote assets toward a multiplayer experience. Unlike Shadow Realms -- which is being built by MMO veterans at BioWare Austin -- Dragon Age: Inquisition’s multiplayer is being handled by a studio which is usually focused on single player content. Mass Effect 3 proved that BioWare is capable of making multiplayer content that is serviceable, but no one was left going, “This! Please send us more of this!” Still, it seems you can’t charge $60 for a game without tossing the masses some form of multiplayer content. 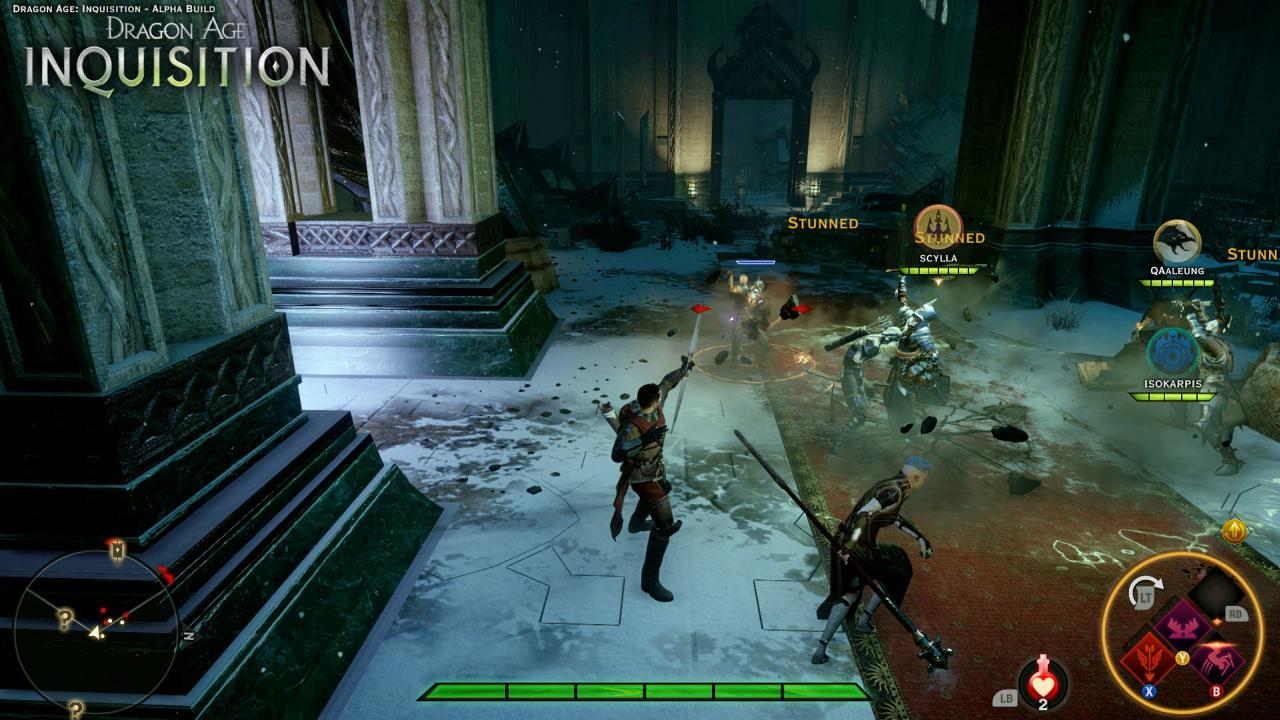 After getting some time with Dragon Age: Inquisition’s multiplayer, I came away feeling much the same as I did about Mass Effect 3 back in 2012. It’s fun, it’s competent, but I don’t think I see how it’s relevant to the game BioWare is trying to make. Probably the biggest sticking point for me is the fact that your character from the main game can’t be used in multiplayer. Instead, you can pick from up to twelve characters across the three classes of Warrior, Rogue and Mage, and level up that character. It’s hard to tell if Inquisition wants its multiplayer to feel inclusive -- part of the world it’s creating -- or stand alone. Maybe it will come together into a cohesive package in the final product, but for now it still seems strange to have this swelling of multiplayer attached to the latest Dragon Age.

For the most part, Inquisition plays like Dragon Age 2. A jump button has been added, and the standard attack button has been moved to the right trigger. It’s not entirely clear why adding this jump button was so important. The levels -- at least the multiplayer ones -- didn’t seem designed to take advantage of vertical traversal; usually I just ended up accidentally hitting the button and leaping around like a lunatic. But the core of the controls remain the same, using the top three buttons for special attacks and cycling between two sets of attacks with the left trigger. Also much like Dragon Age 2, the mechanics feel like a whole-hearted attempt to make the combat a mainstream action-RPG, abandoning any attempts at a classic, isometric RPG. This isn’t a bad thing, but it is a statement of who Dragon Age: Inquisition is targeting as an audience.

I know this hasn’t been a ringing endorsement of BioWare’s efforts thus far, but the multiplayer experience is fun. In our demo, me and three teammates took control of four role-playing classes and worked our way through a dungeon filled with secret passages and open fighting areas. Working as a team, with one character tanking, another dropping area of effect spells, another searching for the opportunity to sneak in for a killing blow, and the last acting as a healer, it all came together well. 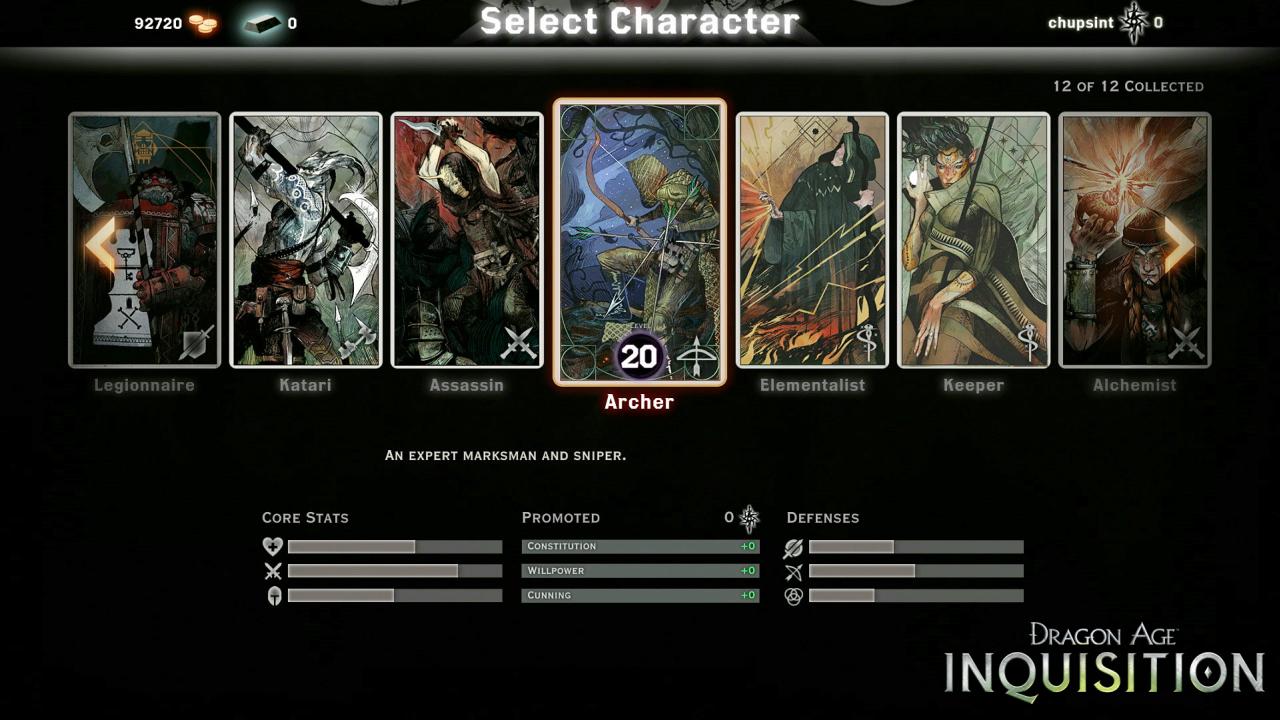 Dragon Age’s multiplayer isn’t all about walking into a room, clearing enemies, and grabbing loot. There are large bosses which require specific strategies. Sometimes you’ll want to save a boss for last while you do away with his minions, other times you’ll hurry to make sure he’s the first one you take down. Figuring out how to take out these bosses and communicating your strategy with teammates can be quite the rush, and feel rewarding when you see everyone working together.

At first, I wondered if the multiplayer was too easy. My team cruised through the first two of the five stages with little trouble. Then, as we started to get deeper into the experience, we found we were starting to struggle. When you start multiplayer, each player has two health potions and an assortment of others -- stoneskin, exploding fire potion, and exploding acid potion for example. There are lots of boxes to crush and explore, but during out playthrough they usually only yielded some gold. I got the feeling this might change in the final version, but I couldn’t be sure.

About halfway through my time with the multiplayer, the game throws a curveball at us. While exploring the secret passages of the labyrinth level we run into an informant for the Inquisition who asks us to protect him as he makes his way through the dungeon. This adds a nice change of pace to the game as our strategy turns from clearing the room to making sure the informant doesn’t get hurt. We’re warned by the devs showing us the demo that the informant will “Do his best to die,” and that statement holds true. The fool wildly charges into battle and our tank has to react quickly to stay next to him, trying to aggro enemies. After a couple of rooms, we safely get the informant to an exit and continue our way through the dungeon. 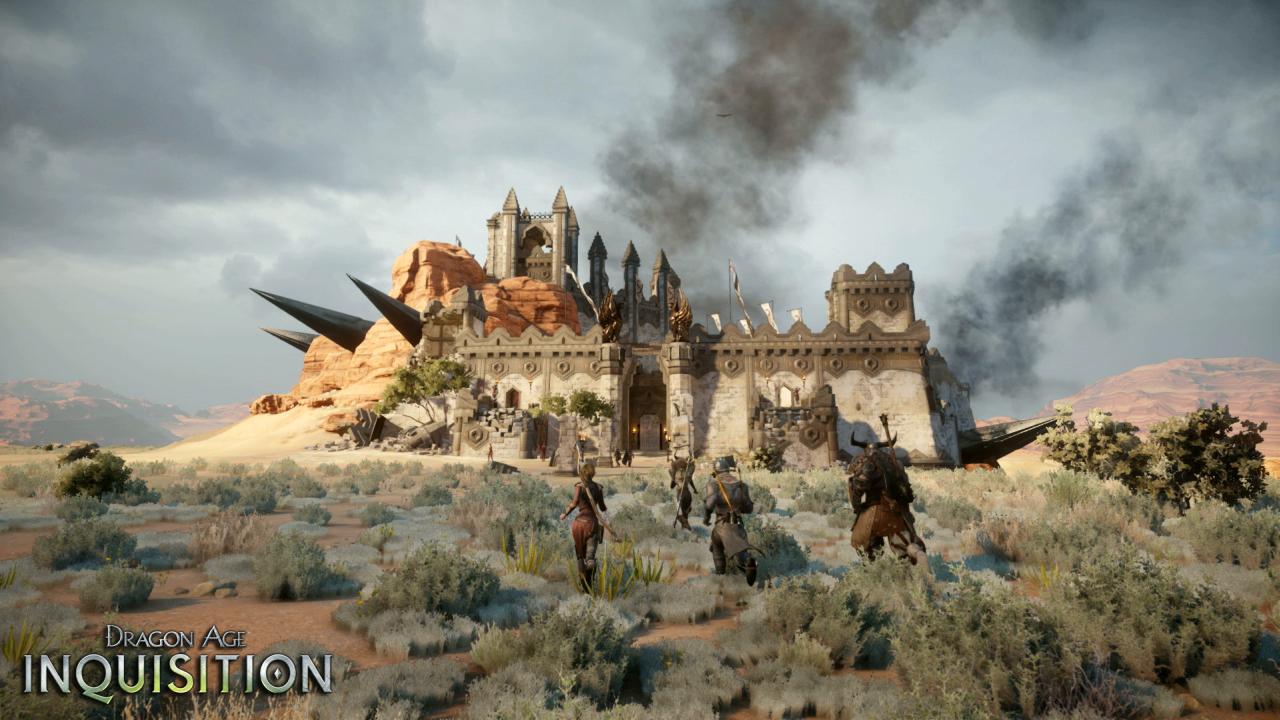 This is where things really start to get tricky. Enemies are taking longer to bring down and the bosses are really starting to do some serious damage. As players fall and lack health potions, they crawl on the ground ala Gears of War style waiting for a revival. It’s a smart mechanic to implement in Dragon Age’s multiplayer as it forces players to temporarily abandon their roles and rush to protect their fallen comrades. In the fourth stage of dungeon our party is wiped and our time with Dragon Age: Inquisition’s multiplayer is over.

The multiplayer may not ostensibly be tied to the game’s overarching experience, but it is still a well put together game mode. Teamwork is fun and the action-RPG mechanics are fluid enough to make the pure combat interesting. Add in some flavor with boss battles and while I may not have been clamoring for more BioWare multiplayer, I have to admit I had a good time during my demo. Dragon Age: Inquisition will be released November 18th in North America on PC, PlayStation 3, PlayStation 4, Xbox 360, and Xbox One.