Brimming with bravad-o (and not much else)

'Comic fantasy' is such a strange term. Over tens of thousands of years, people came up with insane nonsense folklore and mythology, either to explain away some mysterious lights over the marsh, keep children from wandering around at night, or to simply keep a handful of muddy peasants distracted from their miserable, featureless lives. Favourites were formed, myths grew, tales were passed down, refined, and committed to paper. Then Tolkein came along, pick-and-mixed the ones he liked, reshaped them, worked them into his world, and suddenly we had a base for the words 'standard fantasy setting'. Think how much of that has permeated video games, all the way back. Wherever we find familiarity we find an opportunity for comedy, though, and so comic fantasy has evolved: a subgenre devoted primarily to mocking something that doesn't exist and never has done. It's such an odd concept, and it's made odder by the vast spectrum of quality it serves. At one end you have Discworld, and at the other end you have people poking holes in a make-believe land and going “hey look, this doesn't make any sense!” I'll let you decide which extreme I'm writing about today. 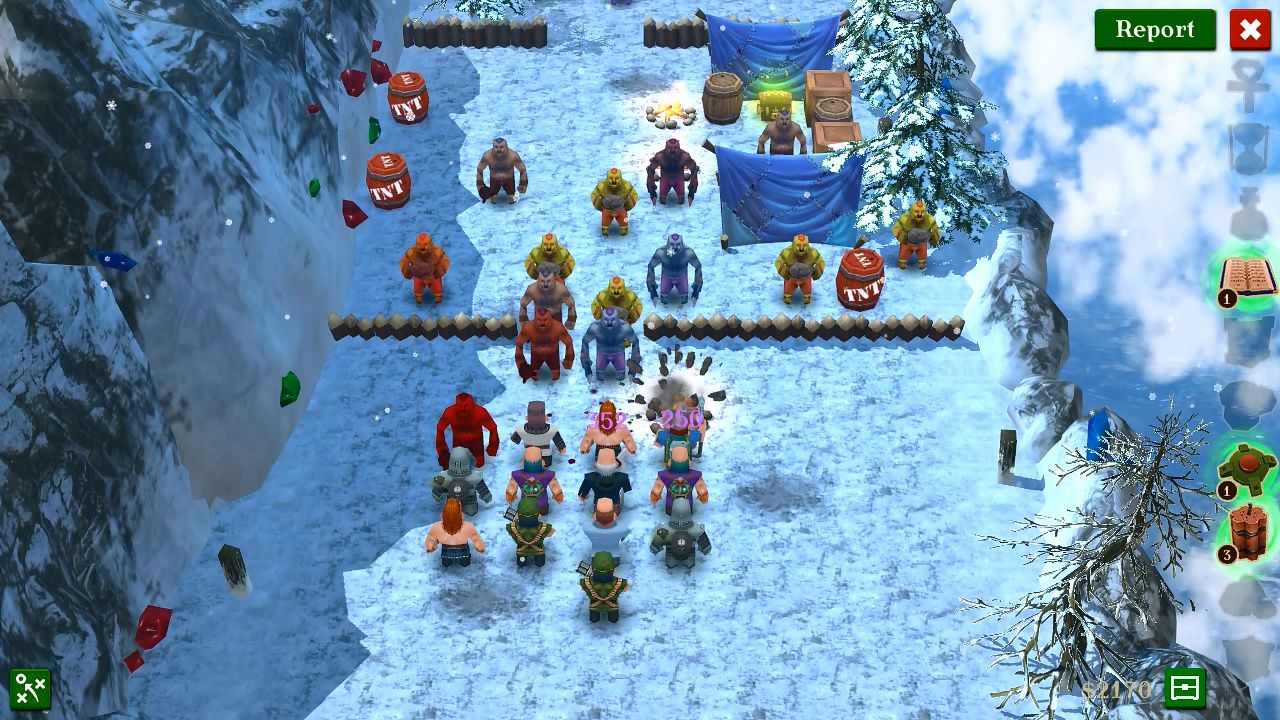 So here we have Bravada, a wacky comic fantasy game about a dwarf who cannot grow a beard, and when I say 'wacky', try to consider that term within the context of a dry emotionless press release written by the world's most jaded marketing team. Never before have I seen a game try to be so light-hearted and off-the-wall but still fall so miserably flat. Oh, it's bright and chirpy and full of silly hats to wear, which would normally be fairly reliable cues, but it's all just a plastic shell. The game's recognition that dwarves ought to have beards – ripped straight from page one of the Standard Fantasy Setting Design Specification V1.1 document – is its one solitary subversion of fantasy tropes, and it's so bloody proud of it that it becomes the basis for the single plot thread in a story so uncomplicated that it makes Tellytubbies look like a Homeric epic. Our protagonist hears a tale of a magical flower imbued with the power of beard growth, and since this fantasy land is running a bit low on evil oppressive emperors or other reasonable heroic motivations, he decides that this flower is thoroughly worth embarking on a world-spanning quest for. Then, five or six hours and one hilariously heavy-handed twist later, his quest finishes. Now look here, Bravada, I don't mind a short game as much as some people – it makes writing these articles easier, for one thing – but it would've been nice if you had populated those intervening hours with a plot that didn't just exist to repeatedly snatch my goal out from under my nose.

Alright, summarising a game's plot like that really isn't fair, at least not when many best-sellers could probably be boiled down to something equally as demeaning. Why bother yourself with an unnecessarily complex story when it's the storytelling that counts? And indeed, if you're making a game called 'Bravada', why bother with either? Go on, make cutscenes out of the three or four pieces of concept art you have lying around. It'll look great. Assign the job of writing every last line of dialogue, item description and in-game note to a person who treats the English language as something to be unimaginatively hammered into place and doesn't know how to use the spell-checker, because there's no way that can go wrong either. Oh, and make sure to top it all off with senseless Minecraft references, just so we know when to brace ourselves for the impact with rock bottom. 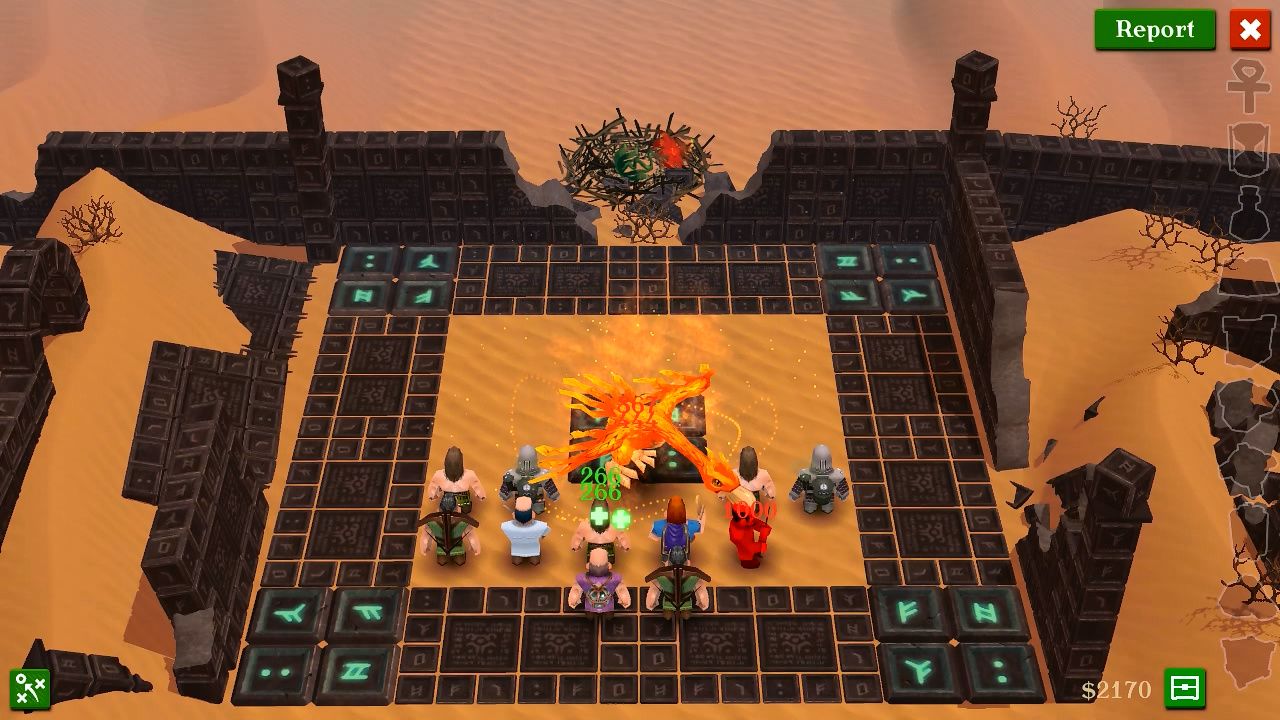 Nevertheless, perhaps it's possible for one to get too carried away about this sort of thing. After all, since Bravada is a tactical RPG and everything, the gameplay must surely provide the depth here, right? Oh, the things I would give for a world where that was the case. Bravada is the latest in a long succession of RPGs that claim to have seamlessly married the warring families of turn-based and action-based combat, for purposes that I have still yet to quite comprehend. Don't worry if you're not a fan of the ATB system, wherein you are hurriedly forced to order from a restaurant menu while several chefs bear down on your table with murderous looks in their eyes, as Bravada takes a fairly different tack. Technically speaking, it's still entirely turn-based: the game will happily sit around all day waiting for you to move, though for reasons that will soon become apparent that's never really necessary. Bravada's plan is to pare itself down to the point where all you really have to do is move your group and occasionally deploy a special item, thus enabling turns to occur at such a sprightly pace that it 'feels' as if it's in real-time. Rather than clicking on every unit in your party and individually moving them, you simply press an arrow to move them all as a whole. Attacking is handled completely automatically or – with the aid of a double-click – prioritised upon a single target. Fair enough, Bravada, but... do you have anything in there to replace all the micromanagement you just removed?

You see, tearing the micromanagement out of a tactical RPG is kind of like tearing the guns out of a first-person shooter: unless you're doing something avant-garde, chances are you're missing the point. Managing every last detail of your party and controlling every last movement is part of what gives them their charming depth. Without that, what options are even left to me in Bravada? Erm, moving forward, moving diagonally forward, standing still, and rearranging all my units because one of the previous three options caused them to fall out of formation. Late in the story the game flat out gives you a mode that lets you control each unit individually, as if to say “yep, we admit this was a bad idea all along,” but by then it's hardly ever necessary because you're capable of raising an honour guard for yourself in a manner of seconds and can carelessly plough through just about anything. Maybe there would be some value in forming elaborate tactical formations before heading out to the next fight, but again, there's really only one answer there: big bulky brutes at the front, ranged units at the back, and maybe some shamans or healers somewhere in there if you're feeling really swanky. I'm not even sure we can call this a tactical RPG when there are so few tactics available to you. It's more of a walk-down-corridors-and-watch-your-characters-attack-things-em-up, and frankly it's about as intellectually stimulating as it sounds. 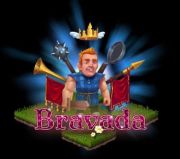