A STORY ABOUT MY UNCLE
Platform: PC
70
SummaryNewsArticlesVideoScreens

A Story About My Uncle Review

A game more fun than the title leads you to believe

A Story About My Uncle may go down as being one of the worst names of any game this year. It sounds more like the name of an autobiography about child abuse than a videogame. By title alone, you’ll never think to associate the excitement and fantasy that it has to offer. You probably don’t expect to jump into a first person platformer that will have you performing death-defying leaps and swinging from floating island to floating island like some mystical, cyber Spider-man, do you? Please, let me do what this title can’t and explain the game for you.

You play as a young boy searching for his uncle, a quirky scientist who’s gone missing from his lab. As you search his home in the beginning of the game, you stumble upon an Adventure Suit that just so happens to be in your size. After throwing on the suit and stepping on a storage device, you’re teleported to a new, mysterious, land. Finding some of your Uncle’s things along the path, you set out to find him. He may be your only way home. 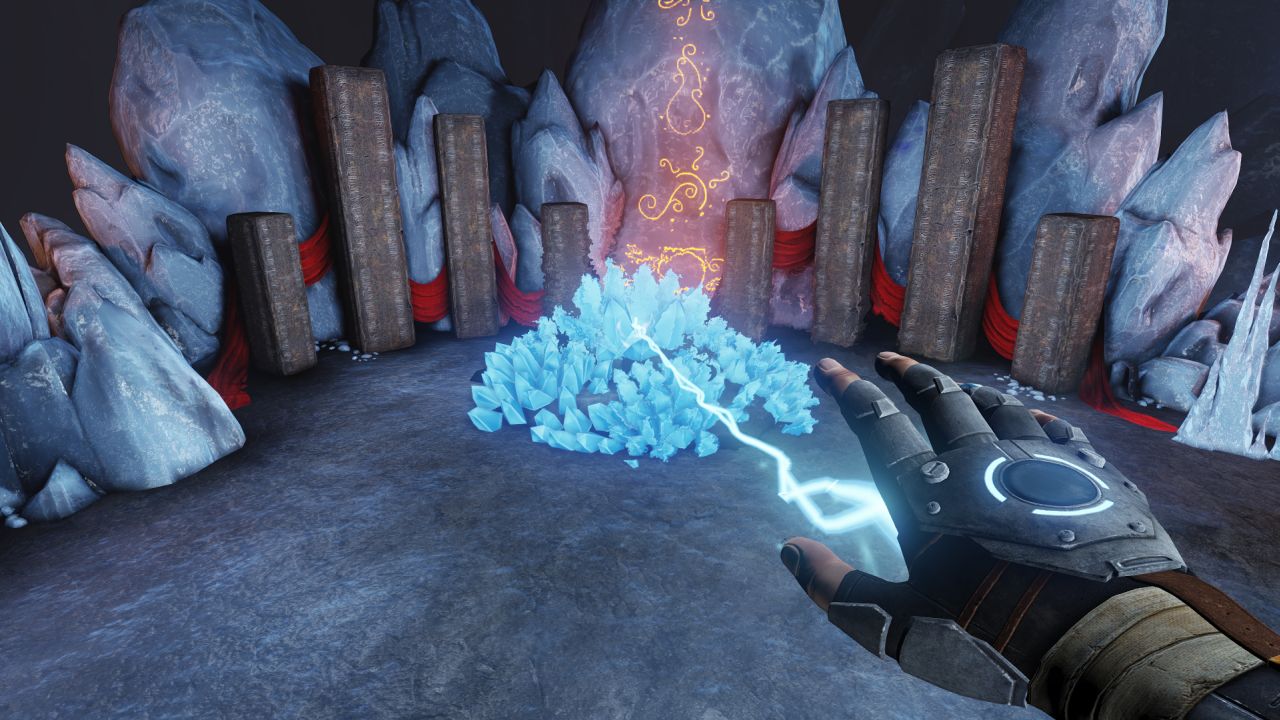 Based on its title, I felt like A Story About My Uncle would have a deep focus on its narrative. I mean, it’s a “story” after all, right? Wrong. The plot is actually the least interesting piece of the game and the way it’s presented is even worse. Your character, all grown up, is telling the story to his daughter. As the narrator, he describes everything that’s happening. It’s not broken. You’ll understand what’s going on, but I always felt a weird disconnect when the characters in the game would speak to you, and the narrator would respond indirectly. It all felt a bit awkward.

Then there’s also the problem with the voice acting. Characters feel more like they’re reading lines than actually acting. The narrator, who has more lines than anyone, has the worst performance of the bunch as he creates awkward pauses and breaks throughout his sentences. It’s all really noticeable, and really bad. The thing that makes it so disappointing is that these characters could actually be endearing. Although the plot is fairly rudimentary, if these family members all felt more real and connected, the entire game could’ve been lifted a little higher.

Bad acting and mediocre story aside, once you make your first jump in A Story About My Uncle, you’ll be hooked. There’s just this sense of speed, momentum, and vertigo inside of the game that rivals experiences like Mirror’s Edge. But unlike DICE’s title, this game has no combat to speak of. It’s all about platforming and figuring out how to get from point A to point B. What makes it special is the use of the Adventure Suit which basically give you gives you superpowers perfect for traversing the world. Think of a First-Person Bionic Commando, or Spider-Man, and you’re on the right track. 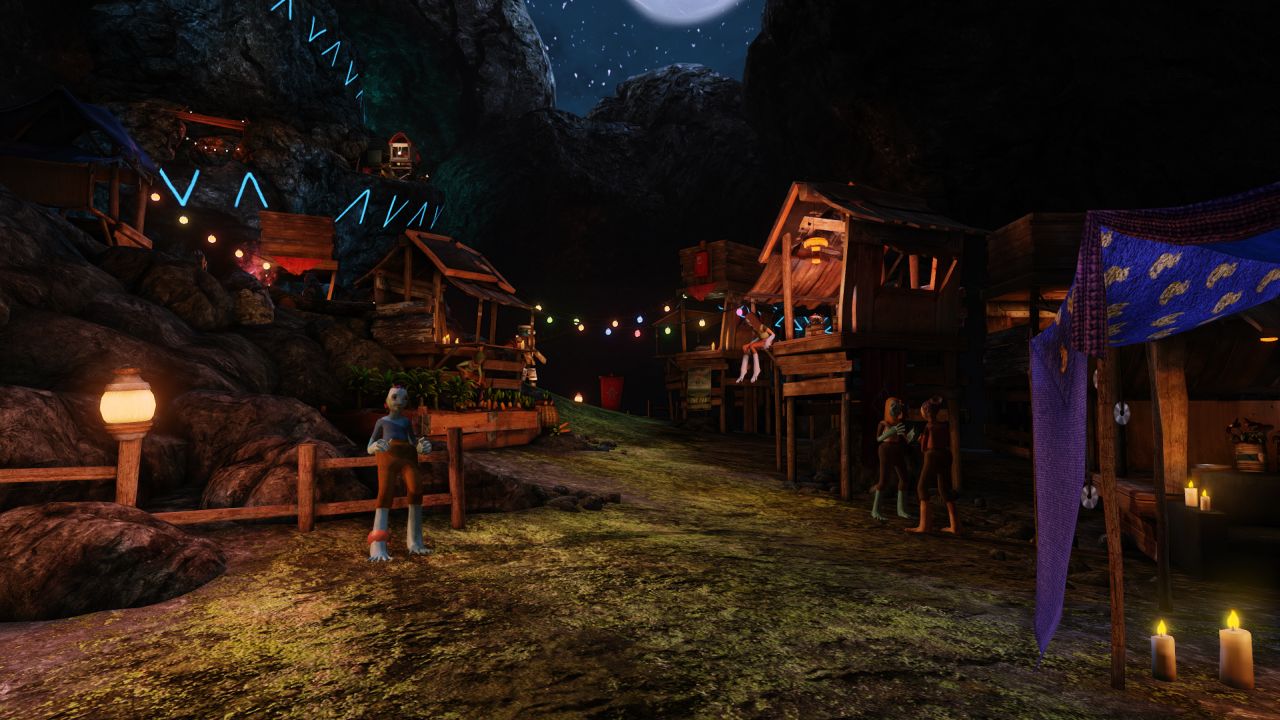 Using your Adventure Suit, the player can jump higher and farther, as well as shoot out a tether that can grab onto a surface and pull you closer in. The suit also protects you from fall damage and the game plays with that idea a lot. A Story About My Uncle eases players in by giving you basic obstacles to get by at the start, but quickly escalates into requiring the player to commit heart-pounding leaps of faith and precise tether shots to get where you need to go.

As you play, you’ll unlock upgrades for your suit that allow you to face more difficult challenges. At first, you’ll only be jumping incredible distances. Then you’ll unlock the tether ability to grab hold of distant platforms. Eventually you’ll be able to tether more times in one jump, allowing players to travel extremely far without touching the ground. There are even rocket boots to unlock, which will blast your character in any direction for even further travel. Before long, you’ll go from simply long-jumping bottomless chasms to jumping off a cliff, falling hundreds of feet, tethering multiple times to swing yourself around a mountain, and boosting your way into a small cave. And yes, it feels amazing.

Learning how to tether is essential to getting around in A Story About My Uncle and it definitely has a learning curve to it. When you latch onto something, you won’t swing like a pendulum, but instead be pulled toward that object. In most cases, you’ll have to release the tether in order to shoot yourself up to a nearby platform. At first, it’s really strange, and I sometimes was frustrated that I couldn’t just timely swing, but in time the mechanic reveals itself to be necessary for traversal in certain areas. If you have to climb up and out of a cave, you won’t get very far by swinging. I also found it a little difficult throughout the game to get an idea of how far my tether will reach. Your reticule will always light up when you’re in range but there were a few times in later levels where you have to jump towards something before you can tether and you’re never quite sure if you’re going to make it or not. 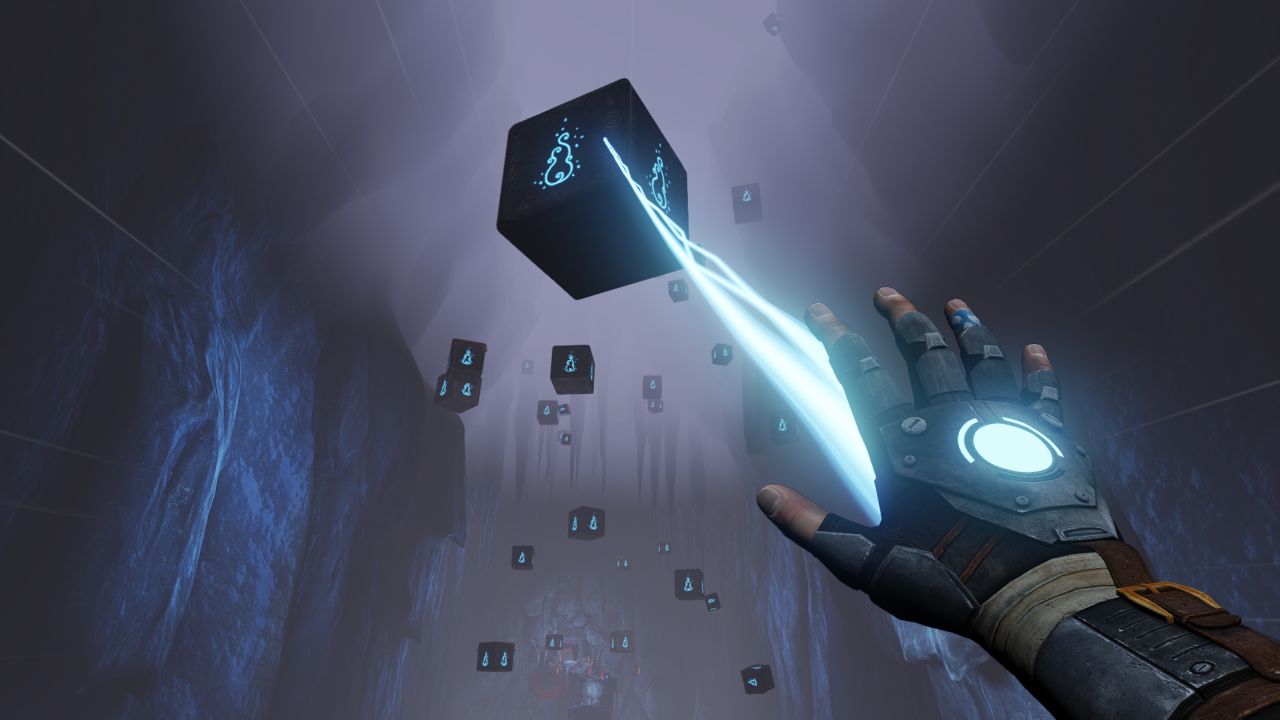 Luckily the game compensates for this by allowing players a lot of leeway in how they traverse. There were multiple times where I missed my mark and began plummeting to my death before shooting out another tether quickly, slinging myself upward, and rocket boosting to safety. Hell, some of those mistakes made for some of the most memorable moments of the game.

Words can’t describe just how exhilarating A Story About My Uncle can be. The mysterious fantasy world your character travels through is full of floating islands, quaint villages, and ominous caverns, all of which provide a wonderful playground for you to leap, swing, and fall through. Each level is a different environment, and while that creates a less cohesive world, the new challenges presented in each area keep things exciting. Every new location brings with it a new challenge. In one level you had to navigate a section of a cave while avoiding the gaze of a giant monster. In another, you had to tether to windmills and use their momentum to swing you over to a new platform.

These little variations were great because the bulk of the game is really just getting from point A to point B. Sure, there are some collectables to search for that unlock some secrets, allowing players to explore these worlds more but in the end, the idea of this mysterious world is more fascinating than it is in actuality. This game lives and dies on its ability to feel so cool jumping, swinging, and figuring out how to get around the levels. Other than that, there’s just not much else here. The game is short; you can complete it in just a few hours and while some may feel like it’s too short, I was pleased with the length. If it lasted any longer without introducing new mechanics, I may have started to feel tired of the experience. As it is, the credits roll just in time, leaving you wanting just a little more. 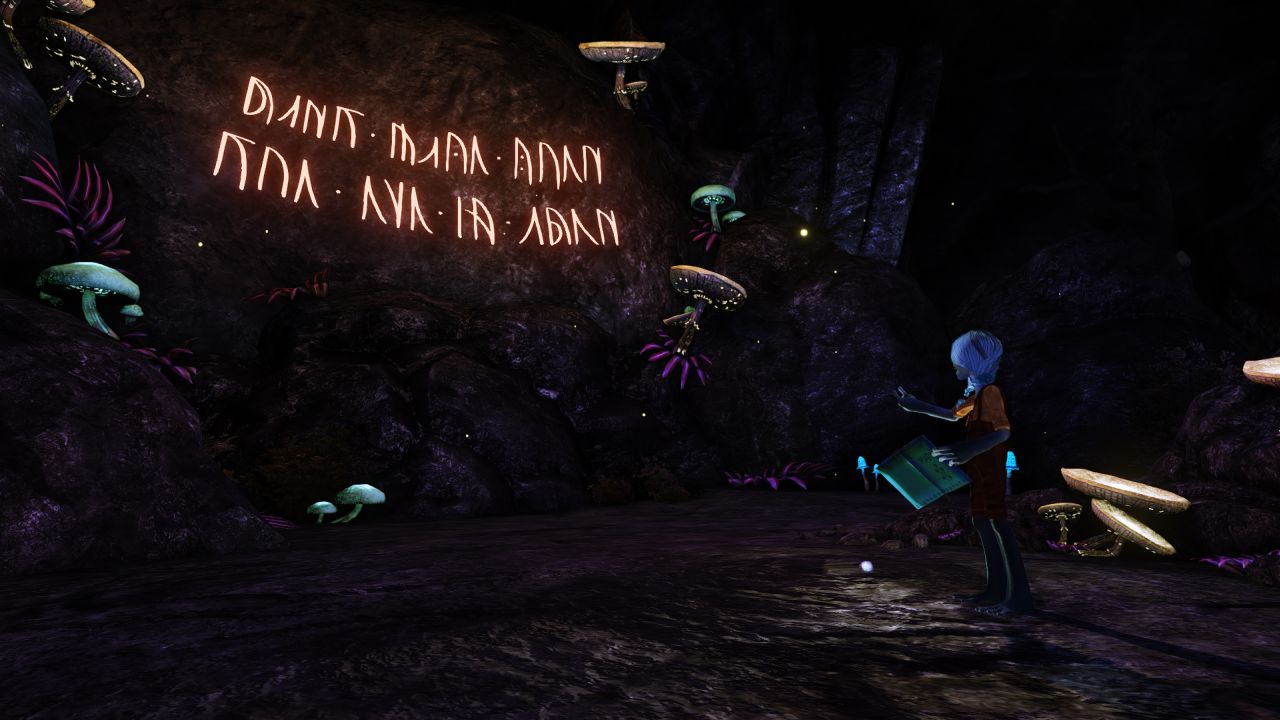 A Story About My Uncle is not a fascinating story. The uncle is not a memorable character. Neither the story, nor the uncle are what make this game really fun. It’s the exhilarating first-person traversal. Swinging through this world is unlike anything I’ve played and it really continues the indie trend that you don’t always need combat to create an immersive first-person game. I would love to see these developers return to this idea but really flesh out everything that surrounds it. If the uncle, the story, and the world were as captivating as the mechanics, A Story About My Uncle would have become more than just a story, but a legend.

Our ratings for A Story About My Uncle on PC out of 100 (Ratings FAQ)
Presentation
65
Having a father tell the story you're playing to his daughter doesn't work as well as it could. The voice acting feels very amateurish and takes you out of the experience.
Gameplay
86
Sprinting towards a ledge, leaping off, swinging across bottomless pits, and saving yourself at the last moment with a well timed rocket boost feels amazing. Traversing the environments never get old and continue to present new challenges to the player throughout the game.
Single Player
70
The plot won't really keep you engaged, and the adventure is pretty short, but you'll love traversing each level. The extra collectables and unlocks add some replayability to the experience.
Multiplayer
NR
None
Performance
80
The game normally runs great for all the camera movement, and actions going on-screen. I only ran into a few frame-rate dips that usually led to a death.
Overall
70
A Story About My Uncle has a lot to improve upon but the core gameplay is so fun that it's easy to look past a lot of its flaws. I would love to see add-ons and new challenges. I don't need more story, just let me get back in that Adventure Suit and keep swinging around.

A Story About My Uncle