We get another look at the upcoming RPG

CD Projekt Red have earned themselves much respect from the RPG community with their Witcher franchise. We've had a chance to see the latest and possibly last entry, The Witcher 3: Wild Hunt at last year's E3, where it looked rather promising. Good development teams can't be rushed, and so with the game finally setting a release date for early next year, we once again saw a demo at E3 2014.

This year's demo followed immediately after the events of the reveal trailer, where we saw Geralt battle a griffon. He won, as it turns out, and we found ourselves on a horse, riding into Novigrad, the biggest city in the game. Riding through the streets, we note the impressive custom architecture, where no house looks exactly like another. The city looks vibrant, with great attention to detail and variety There are said to be hundreds of AI citizens, living out their lives and going about their daily business. As in previous games, the NPC activities and numbers will change depending on time of day and weather. 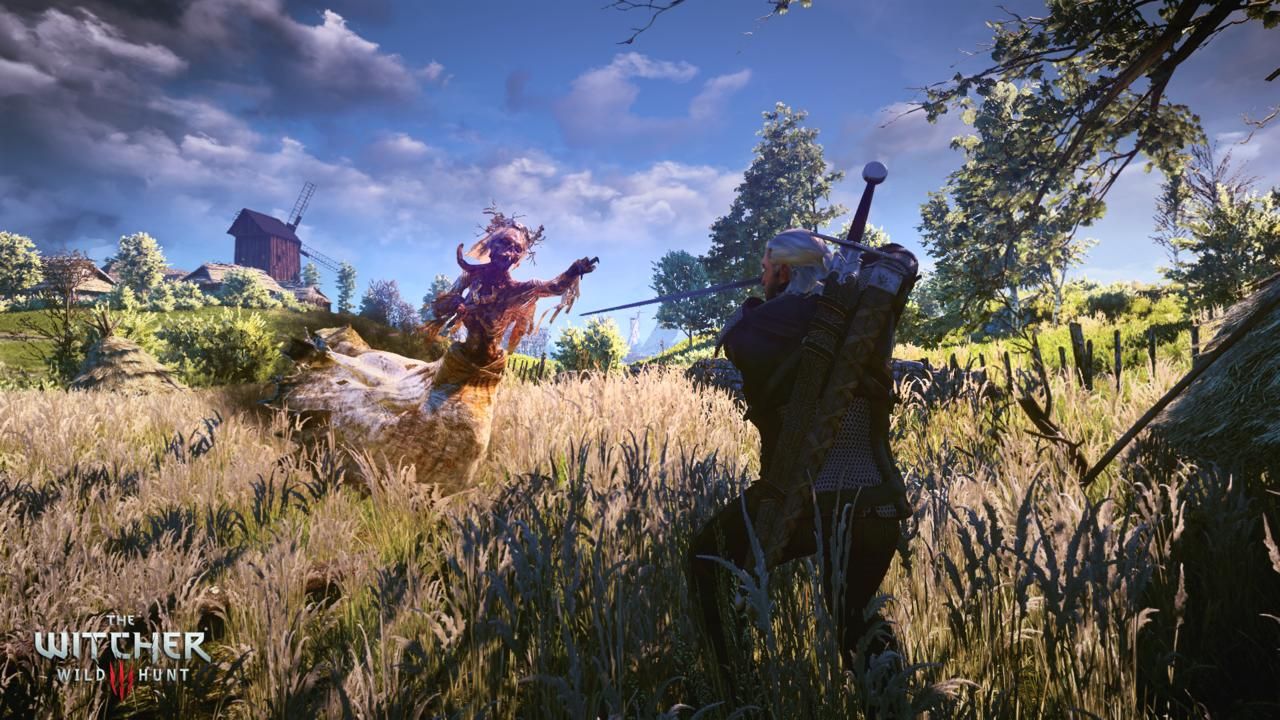 We arrive at a tavern where a man awaits, the client who ordered the griffon job for Geralt. In exchange and with some hesitation, instead of payment he offers information about the girl that Geralt is trying to track down. As is customary for The Witcher, there are dialog choices, and the characters are wonderfully voiced and animated. We learn about the last known location of our mysterious female, quite far outside of the city. Walking back outside, the developers point out that Geralt could have also postponed this main quest and attended to the needs of the locals and their sidequests, which are said to be large in number. But for the demo, we proceed outside the city gates where a signpost can be used to fast travel.

As with most open world games, Geralt can fast travel to any previously discovered signpost in the game world. For our demo, we fast travel to a location that would have normally taken about 20 minutes to reach on horseback, highlighting the extensive size of the game world. Upon arrival, Geralt uses his Witcher senses to highlight interesting objects in the world used for tracking. We follow footprints to a small hut where a strange creature appears. It is using signs to communicate, having apparently lost its voice. It has seen the girl we are after, and promises to help if the voice is returned to it.

We set off to the nearby cliffs, which can be scaled in any way the player wishes. On the way, a few of the classic Drowner monsters attack us in the swamp, and we get to see the fluent, two-sword gameplay the franchise is well known for. Geralt gracefully dodges and dances with his monster blade, slicing through foes and using the signs to help keep enemies at bay. It's noted that enemies do a lot of damage, but thankfully the demo is running on invincible mode so Geralt stays alive despite losing all his health. Perhaps it is a testament that the game will remain as challenging during combat as The Witcher 2 was. We can also interact with the environment more, for example knocking over a beehive in order to distract the enemies. 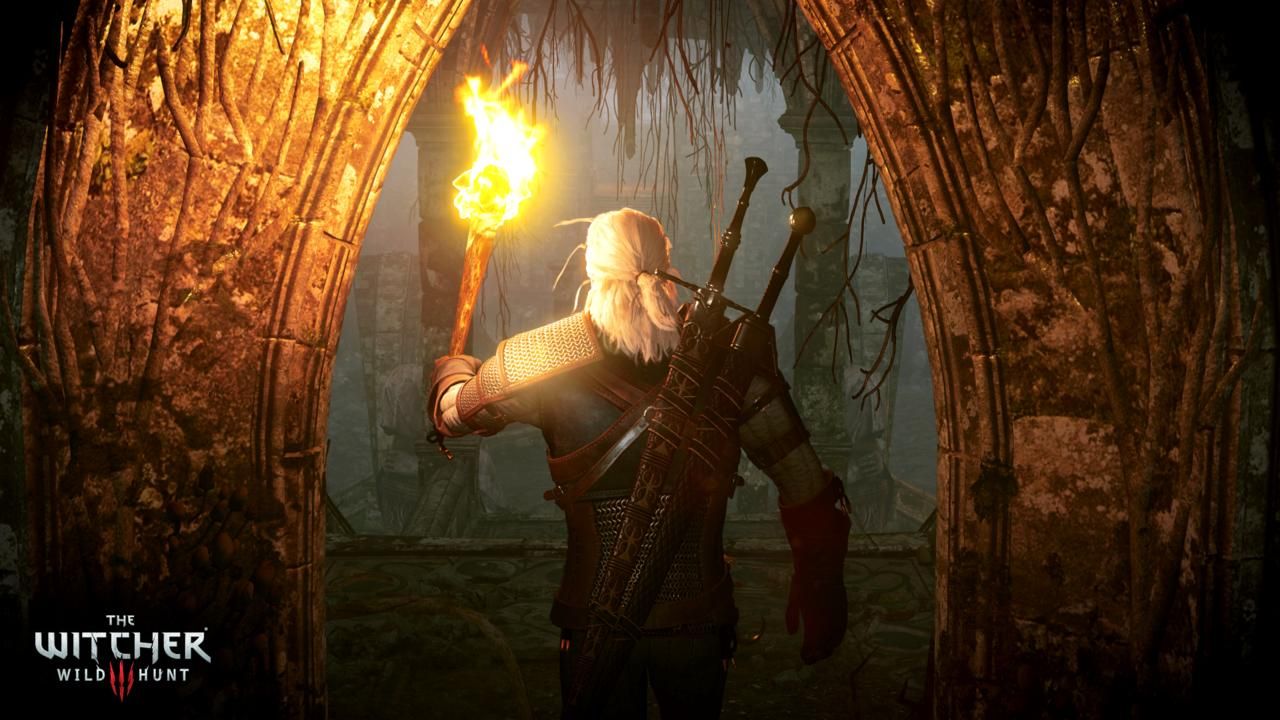 Having climbed the cliff, we defeat the harpies that are nested there, and recover the bottle containing the creature's voice. We return to it, using a quicker, more steep pathway, and it thanks us for the service. The dialog with the creature is well written and crudely funny. But as agreed, it leads us to a nearby hut where a woman is less than thrilled to see visitors. She leads us to a tapestry, where three spirits speak to Geralt through her, asking that he solve the problem in a nearby village before they tell him where the girl he seeks went. Geralt has little choice but to comply.

On the way to the village, we encounter more foes, this time human, so we use the other sword and more signs to defeat the group. When we arrive, Geralt finds the village elder and asks him about the monster problem. It appears that a dark power overtakes some of the villagers at night, and they wander off into the woods, never to return. We head off into the wild, using the Witcher sense once again to note some blood trails, and discover a body. The victim seems to have been torn apart, so a difficult battle is coming. Geralt uses this time to prepare by meditating, like in The Witcher 2, consuming a few potions and crafting a shrapnel bomb. Meditating can also advance time, which affects monster and quest availability in the game world.

Geralt is ready, so we head deeper into the woods, using the sense to follow a set of wolf-like track. Sure enough, we stumble upon a werewolf. After a lengthy and what looked like a tough battle, we are victorious, but this doesn't seem to be the source of the dark power. So we venture into a dark cave nearby, where we also see Geralt swim and dive underwater for the first time in order to progress. Deep in the cave we find a creature that speaks of its ambitions to help save the children from a greater threat. It was mentioned earlier in the village that children have been going missing. Here Geralt can make a choice to believe it, or kill it as requested. We opt for the latter. 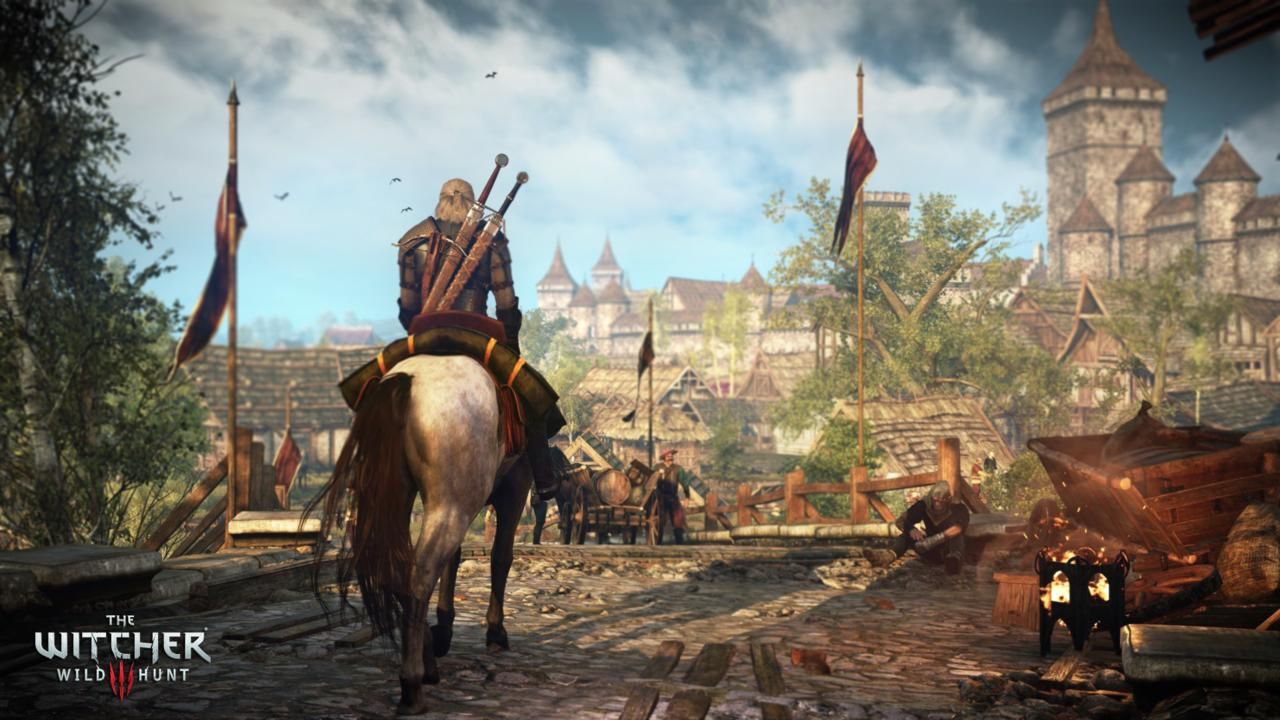 Back in the woods, the villagers have come forth and claim that they feel the evil power is gone now. However, we note that even more children seem to be missing now, perhaps as part of another event arc the player has to consider. The village elder surrenders his ear as payment to the spirits of the tapestry, which Geralt accepts with hesitation. We fast travel back to the hut where the tapestry is, where a cutscene plays out as the spirits reveal their grotesque form, and confirm to Geralt that they have seen the woman he seeks pass by here. The demo concludes.

Our time with The Witcher 3 this year was somewhat similar in structure to the demo from 2013, but it remains just as impressive. We got to see even more of the combat, the impressive dialog, voice acting, important player choices, and atmospheric environments. This is an RPG that fans of the franchise should be very excited about, as it looks very much just as good as its predecessors. Look for The Witcher 3: Wild Hunt on PC, Xbox One, and PS4 in February 2015.

Our Review of Witcher 3
91%
Superb
The Verdict:
"A high water mark not only for the Witcher series, but for the entire genre of open world RPGs"
Game Ranking
Witcher 3 is ranked #14 out of 1778 total reviewed games. It is currently our top ranked game released in 2015! (110 in total)
13. World In Conflict
PC
14. Witcher 3