Bungie’s long-anticipated follow up to its iconic Halo series is finally on the horizon. Attempting to prove it is more than a one-trick pony, Bungie is inviting players to the world of Destiny. The game is a first-person shooter blended with an MMO, you can call it a shared-world-shooter if you want, but Bungie isn’t calling it any of those things. Perhaps that is what is most intriguing about Destiny, its desire to be so many different games rolled into one. As a Guardian you defend the last city on Earth, The Tower. An ancient evil called The Fallen once drove the people of Earth to this final stronghold and now they have returned to finish the job. If so enticed, you can marathon through the story, grind out the numerous side missions, participate in cooperative strike missions, or head to the PvP Crucible for some traditional multiplayer.

The Crucible is where my time with Destiny began. No matter which mode players are jumping into, they will be restricted to three different character classes. You can choose between the warrior-like titans, the ranger-esque hunters, or the magic-wielding warlocks. Each class comes with its own power-ups and skills, something players will have to pay attention to in order to get the maximum mileage out of their character. There are also three available races; the typical Humans, the other-worldly Awoken, and the machine-like Exo. You can tailor skin color, hair style/color, and markings during the character customization process. 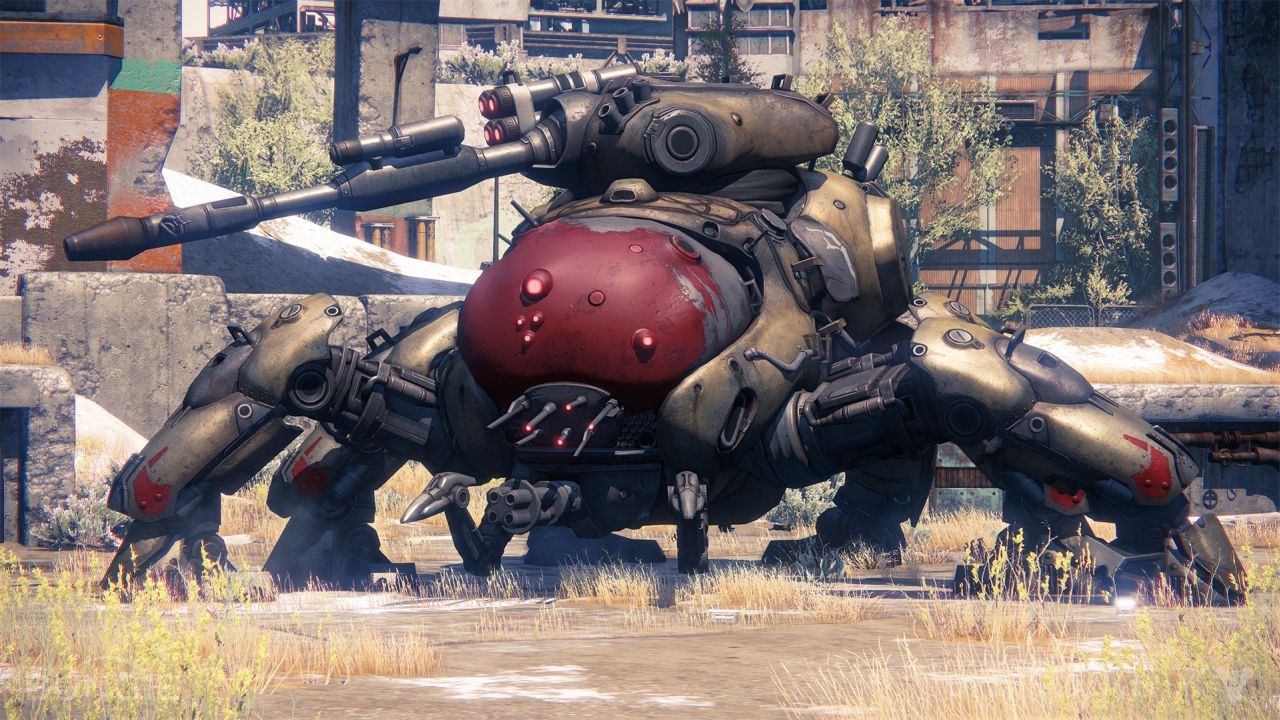 As I stated earlier, the first part of Destiny I got to experience was the multiplayer in the Crucible. Splitting into teams of 6, our objectives to capture and hold different points on the map, similar to Battlefield’s conquest mode. The first thing to grab my attention are the vehicles in front of where me and my teammates started, hoverbikes to be exact. These bikes seem to be the primary form of transportation in Destiny, at least in the beginning of the game. They handle with ease, strafing, accelerating, and turning responsively, making them easy to get the hang of. Unfortunately, I don’t get much time on the vehicle as I am quickly shot down and forced to ground.

I head to a capture point and watch my radar for incoming enemies. There are no exact locations given on Destiny’s radar until enemies are practically on top of you. Instead, you’ll see flashes of red, indicating the general direction enemies are coming from. As soon as enemies are within range, I look down my sights and open fire. The shooting in Destiny is finely tuned, aiming is slow and calculated, the product of studio which knows shooters through and through. That being said, Destiny separates itself from Halo by being a heavier game, the weightless jumps aren’t as ridiculous, the combat doesn’t feel as fast, and overall moves at a slower pace.

As I try to hold my ground against the onslaught of attackers, I find the firepower of those who have kept their hoverbikes is too much. At first I am discouraged by the imbalance, it is almost impossible to bring down these behemoths with your regular weapons. Then I discover my special move, where I can leap into the air and slice through the enemies mounted on their bikes. Suddenly, the tables have turned and I am luring in these mounted marauders in close before unleashing my special attack. This element adds a little spice to Destiny, a new dimension of attack to watch out for. 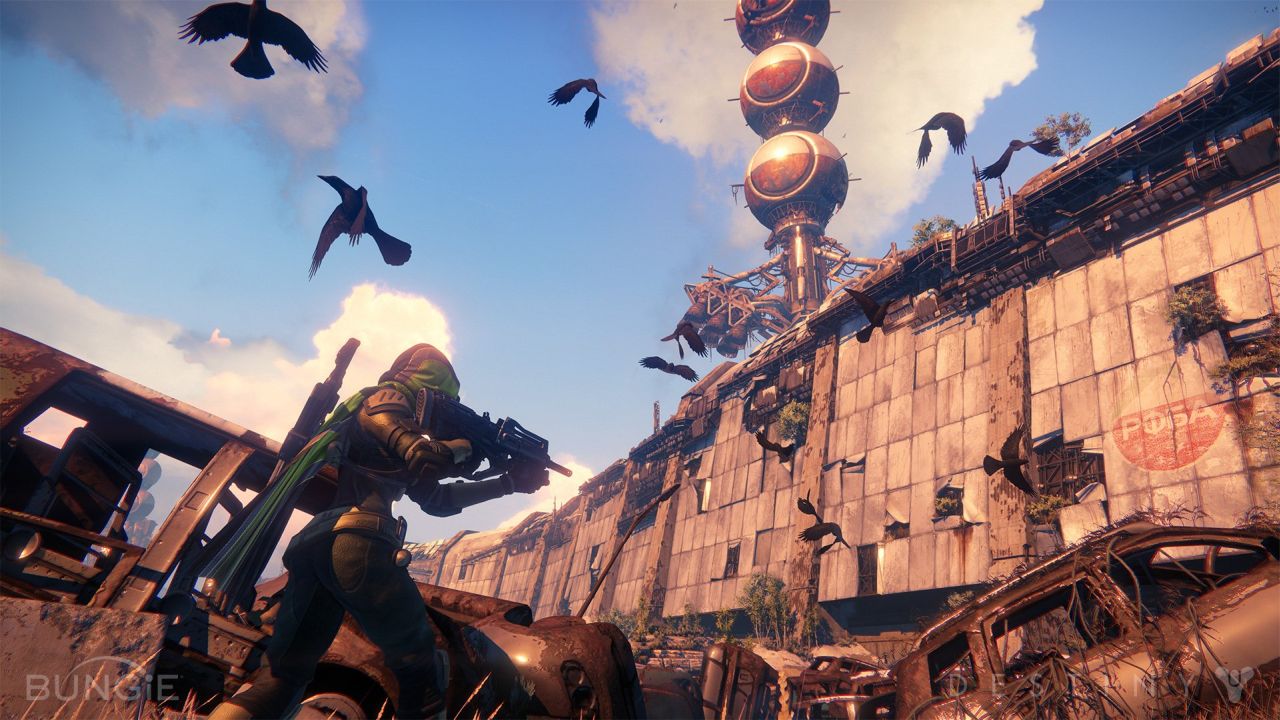 After some time with the Crucible at E3, I got to experience the Destiny Alpha in the comfort of my own home. Here, I discover the true cycle of gameplay Destiny has to offer. At first, I am tossed into a story mission, likely one of the first missions a player would encounter when beginning the game. With my little robot companion, known as “Ghost”, I am investigating the old ruins of Russia, searching for the cause of strange reports in the area. While my silent protagonist fires away at the adversaries known as The Fallen, my Ghost lays out the background of the place I am in and what an invasion of The Fallen would mean.

The single-player experience has the same mobility strength as Halo. While building a game from the ground up again, Bungie did not implement the cover mechanics so popular in shooters today. Instead, the game expects you to use your mobility to move around the battlefield, getting behind large pockets of cover, then popping out and blasting away. When enemies get close you can use a knife attack to damage them, or switch to a more powerful weapon to kill your enemies quicker, sacrificing accuracy.

Some enemies are mindless, racing toward you and forcing you to give ground. Others hold to cover, popping out and peppering a few bullets before ducking back. Then there are the boss characters, usually shielded, whom you will want to stay away from. The variety of enemies, the ways they attack, the way you are forced to keep on your toes, it all feels great and while Destiny has a few distinctions from Halo, the design reeks of the Bungie polish and creative design fans of Master Chief are familiar with. 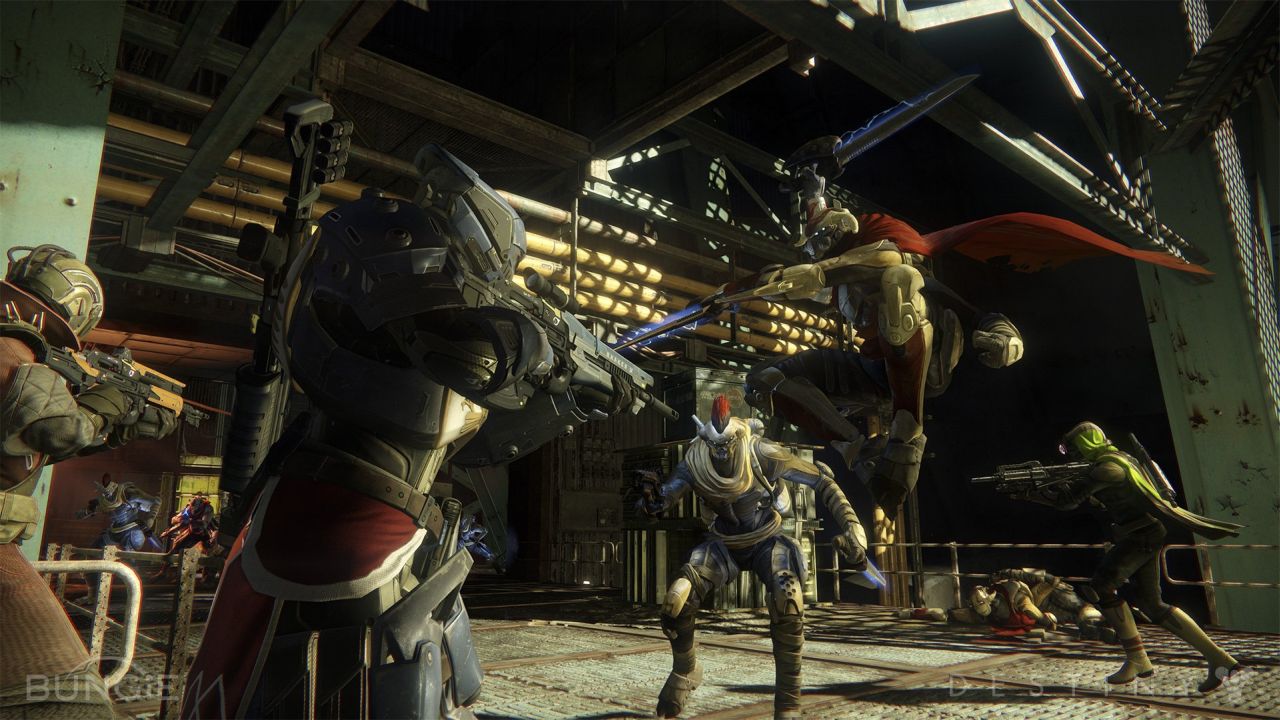 After finishing the story missions, I head back to The Tower. Here I can get new missions, upgrade my gear, upgrade my ship or hoverbike, and get my character ready to jump back into the wild. Some of these customization options are obviously important - like armor and weapons - but stuff like your ship or hoverbike appear to only be cosmetic.

I return to Earth to see what else I can do. Beacons are littered throughout the map, allowing me to activate them and receive a new quest. Usually these beacons can be found near one camp of enemies and will direct you to another camp. There is an objective marker to direct me, but it is fleeting, making me constantly pull up my Ghost interface to keep my eyes on it. Once you’ve cleared out a section of the map, the enemies will respawn within a matter of time. This makes traversing the world annoying as you might simply be trying to get from point A to points B, but the path constantly takes you too close to an enemy camp and your progress stalls as you are forced to fight a handful of low-level foes who have just respawned.

After I completed a few of these side missions, I joined a strike team and went after one of The Fallen strongholds on Earth. Myself and two other players fought through a Fallen fort, having to battle with a large mechanized spider-tank, and a giant orb-like adversary who was spawning The Fallen. The strike mission was difficult and I found myself - and my teammates - constantly dying, looking for help to revive. After a few minutes of dancing around the room, blasting away at the strike mission boss, we finally completed the task, ending my time with Destiny.

If the open-world aspect and the abundance of side missions has piqued your interest, you should really be looking forward to Destiny. Filled with things to do in a strange and interesting world, the game looks to walk an impressive line between shooter and MMO - maybe even cross the line at times. Destiny will be released on PlayStation 3, PlayStation 4, Xbox 360, and Xbox One on September 9th. For PS4 and PS3 fans, the beta begins July 17th.