A glimpse into the future of tactical espionage

One of the most intriguing reveals at last year’s E3 show was Metal Gear Solid V: The Phantom Pain. We only got a cool trailer back then, as well as more information about what would become Metal Gear Solid: Ground Zeroes. With the latter being released earlier this year, the focus now has shifted to the full experience that will be The Phantom Pain. We had a chance to see a walkthrough demo of a level in the game at this year’s E3. Even Hideo Kojima was present in our session, observing from the back of the theater.

The demo was being showcased on PlayStation 4, running at 1080p and 60FPS according to the developers. Snake and Ocelot are seen riding through Afghanistan, a desert nation where the game will be taking place. The two were having a conversation about their new surroundings, an opening scene that’s similar to the start of the demo from last year. Most notable even this early on are the great facial animations and intricacies, and attention to detail that went into creating these characters. It's noted that Snake has been out of action for 9 years, and it was time for him to return to the field and infiltrate a camp alone, where he had to rescue Miller. 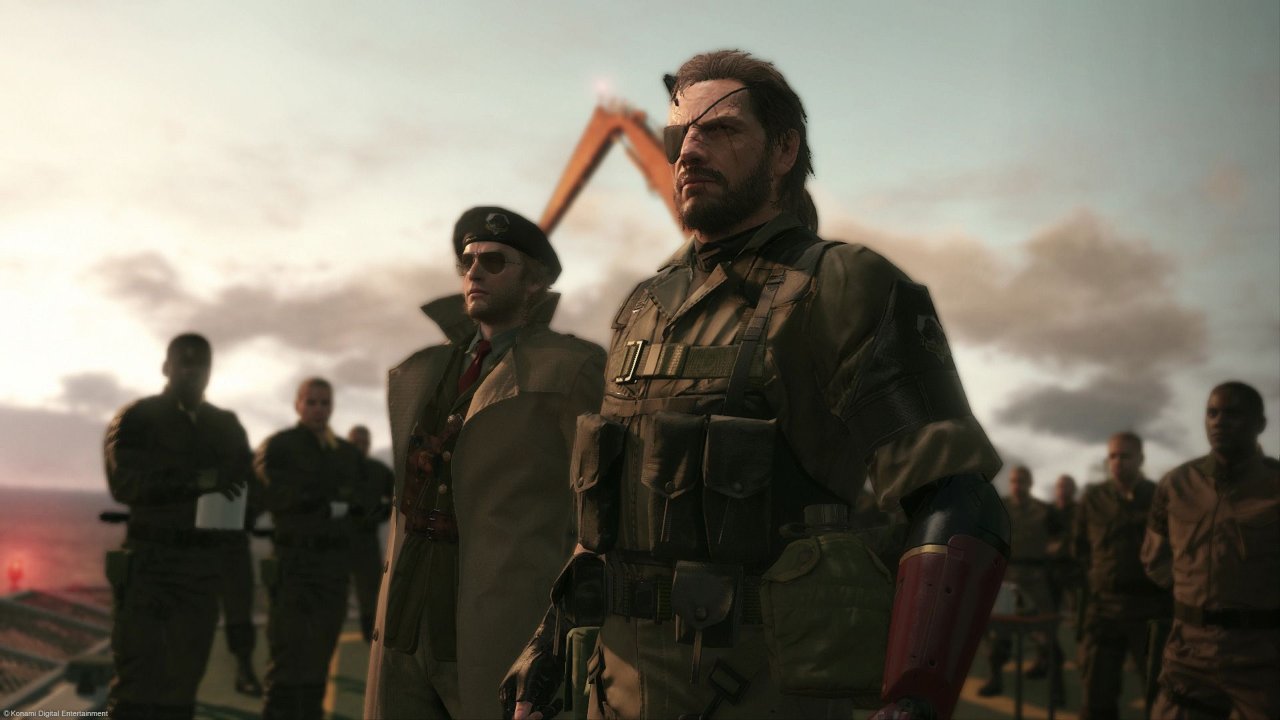 Transition from cutscene to gameplay was seamless. We found Snake in a game world that is said to be 200 times larger than Ground Zeroes, though given the relatively small area of that title, the comparison is a bit futile. Using the iDroid, we located our destination, and placed a few custom markers to help guide our path. Hopping on a horse, we rode through the desert canyons and saw various forms of wildlife scatter about. As the background music changed, this indicated danger nearby, so we slowed the gallop to observe the area.

And indeed, a small enemy outpost was straight ahead. By sliding off to the side of our horse, we were able to approach undetected, and eliminate the nearest guard with a clean shot. The second guard arrived to investigate, but by then Snake had rounded the small hut and held him up at gunpoint, asking questions about any nearby points of interest via a conversation wheel. With info gained, we knocked out the guard, and then used the Fulton recovery system to extract both the unconscious guards to our Mother Base. We also recovered a sheep.

We rode onwards, where the guard had told us of a supply container at the next outpost. Once again, we approached with caution, and eliminated the guards using various methods of stealth movement, including crawling, rolling, and diving around corners. Thanks to Snake’s prosthetic hand, he can now use the knock on wall function with any surface, and even when not leaning against it. The Fulton extraction can now be used not only on humans (and sheep) but also larger objects. So we tagged the container as well as jeep nearby, sending both to base. It was noted that if Snake was on top of the object being extracted, it would serve as a way to abandon the mission and flee. 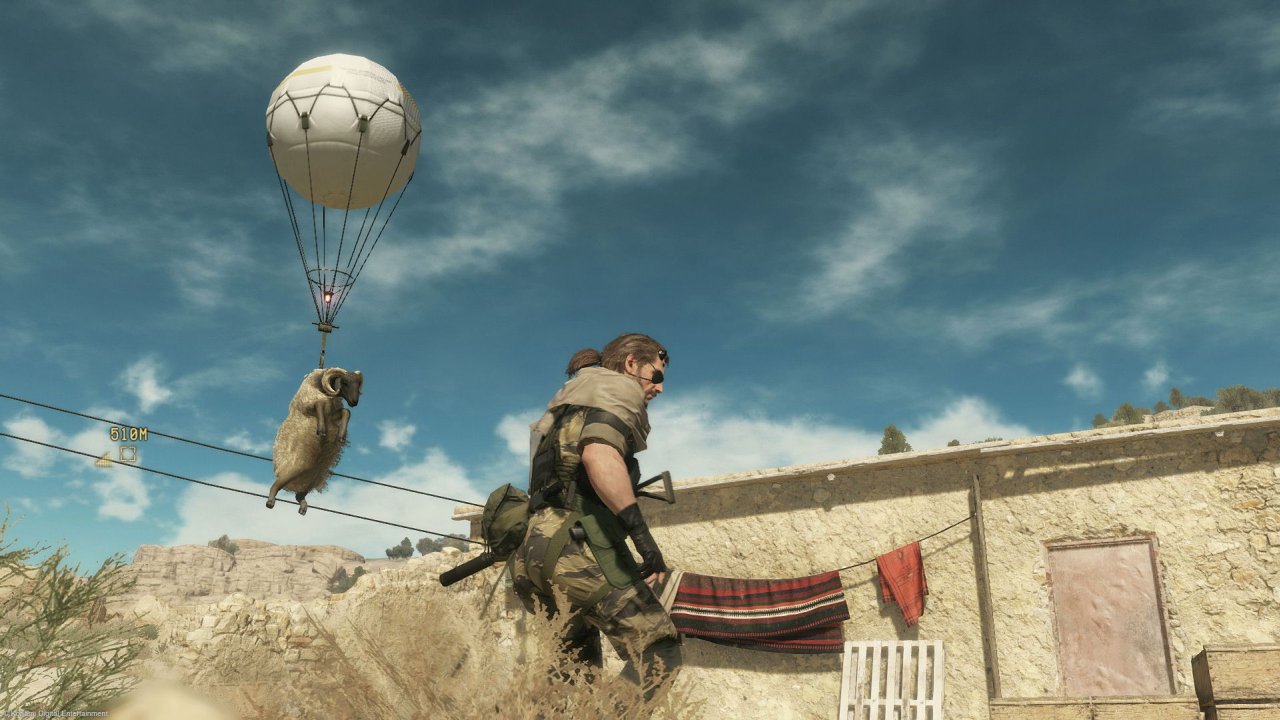 Hopping back on our steed, we rode forth, still following our custom map markers. This open world will have dynamic weather and day and night cycle, so it wasn’t long before a sandstorm rolled in. It severely limited our and enemies’ visibility, but it also stifled noise. When we did suddenly encounter a foe head-on during the storm, time slowed and allowed Snake to react and pull off a shot first, a mechanic familiar to players of Ground Zeroes. It should also be noted that Fulton recovery would likely fail during such weather events, as balloons would be blown off course.

After the storm ended, we were actually right at the cliff overlooking our target base, where Miller was reportedly held. Using binoculars, we surveyed the area, marking enemies to keep tabs on their movement. Our iDriod helpfully reminded us that night time was approaching, as it did previously with warnings of an incoming storm and notification that we’ve arrived at the destination. Before proceeding, we collected some raw diamonds, which can be used later for upgrades. With enemies at the camp marked, it was time to wait. Using his e-cig (because health is important!) Snake fast forwarded time. Not only was this shown with real progression of sun and moon movements in the sky, but more importantly we were able to observe enemy patterns, where and when the guards would take breaks and naps, and so forth. This provided players with tactical choices to make, such as when and where to assault or sneak in.

With a path picked out (and optionally marked with waypoints by the player) we needed one more item. With the iDriod, we connected back to Mother Base and used the R&D department to research the infamous cardboard box. We then requested that it be delivered to our locations, and watched as the package parachuted in. These drops can also be used to humorously knock out enemies that stand under them. With the right tool in hand, we headed into the camp. Once again, the developers reminded us that this was a fully open world and the camp could be approached from any direction. 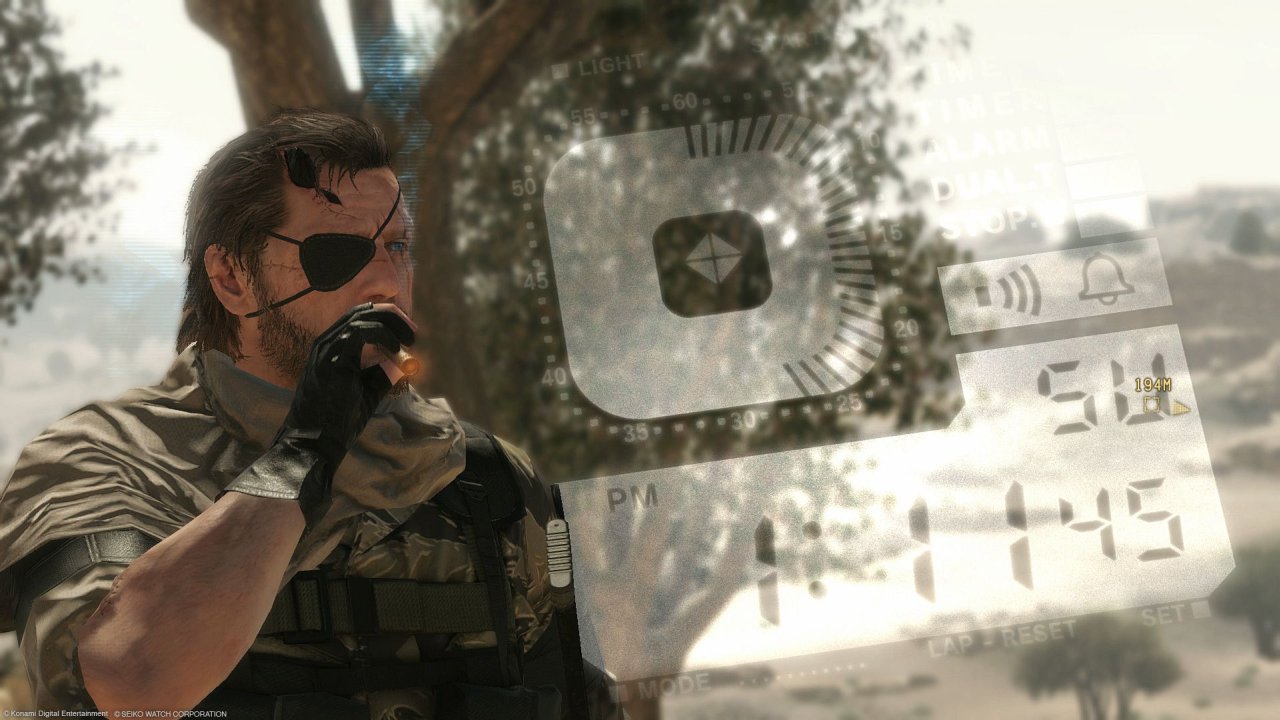 We scouted around the area, remaining in the safety of the box. However this classic tool now has more uses – Snake can pop up and surprise his enemies, to shoot or hold them up without fumbling through a menu to unequip the box. At one point, a guard spotted our innocent looking box moving around. As he headed in our direction to investigate, Snake dived outwards into safety, leaving the box behind as a perfect decoy. Should these new functions still not persuade you to use the cardboard box for your stealth needs, Snake can now hide in various places, such as garbage containers and closets, and subdue enemies with a surprise attack. It’s a familiar concept for stealth fans, but one that is only now making its debut for this franchise.

Having made our way through the camp with the numerous new gameplay techniques described so far, we had arrived at our destination but found that Miller is not here. On our way out, we were spotted and unable to take out the foe before he opened fire and raised the alarm. The whole area entered the alert stage, and began their search for Snake, who was now blasting his way out. Though before hopping into a jeep and driving to the extraction spot, he called in an airstrike on the camp. Our chopper arrived, and as we flew into the sunset we watched as missiles rained down on the location we left behind moments ago. It wasn’t clear if destroying the location was to show off the airstrike ability, or if it would have any lasting effect on the narrative. 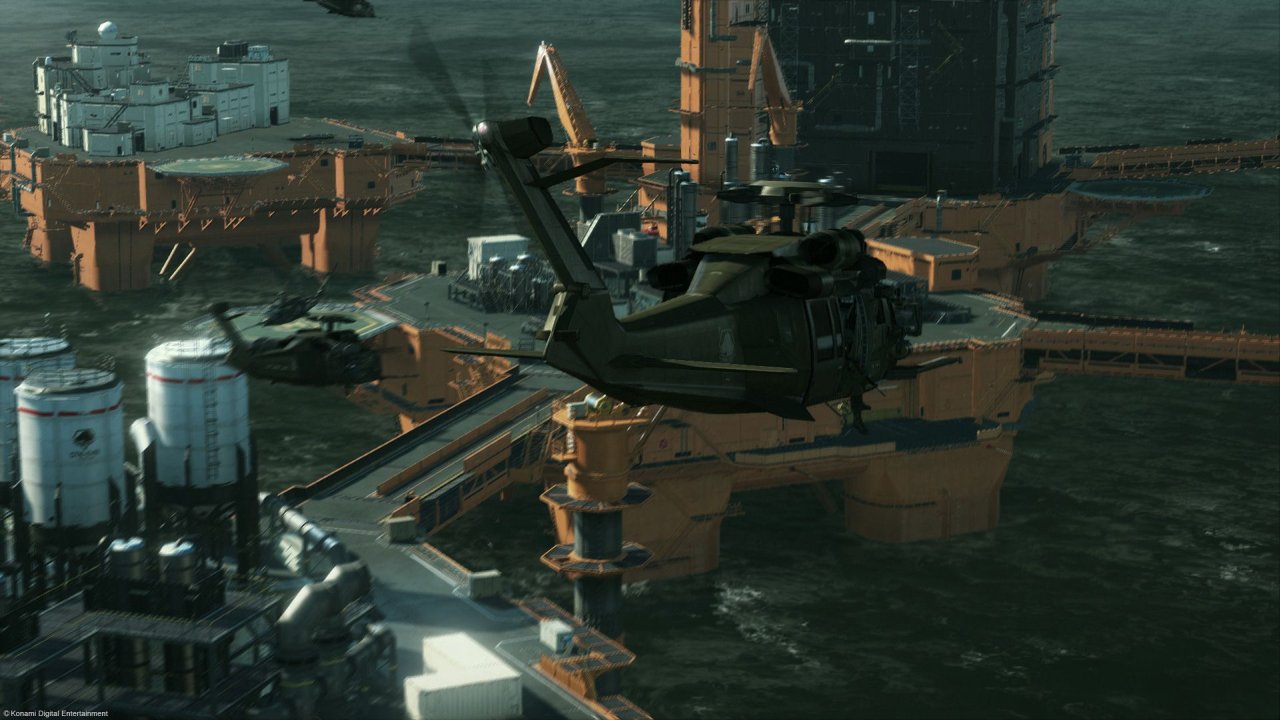 We then arrived at Mother Base, which this time is a real location that is fully explorable and filled with NPCs. It functions in much the same way as Peace Walker, and players will be able to place staff in various departments to gain items and abilities, upgrade the base, and so forth. Here we spotted the sheep that was extracted earlier, as well as the jeep and other arsenal from previous missions. As you upgrade the base facilities, the customization will have a direct effect on how your base looks. The base also features time and dynamic weather, and can even be attacked, so players can invest in defense drones.

With everything we saw in our Phantom Pain demo, the fans should be very excited. The game looks great, from the technical visuals to the new stealth abilities and an open, freely explorable world. Addicting RPG concept of Mother Base from Peace Walker has been more fully realized and will provide players with many hours of gameplay to obtain the best staff members and facilities. We are excited to see more of Metal Gear Solid V: The Phantom Pain before it releases some time in 2015. 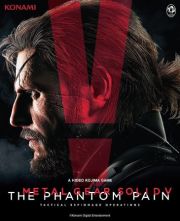 All videos for Metal Gear Solid 5: The Phantom Pain (12)
Advertisement ▼