Welcome to the digital era, we already have your contact information

When Ubisoft first revealed Watch Dogs back at E3 2012, it was regarded as one of the biggest surprises of the show. A unique concept, a slick gameplay teaser, and a narrative theme that's highly relevant to today's interconnected world. Although much time has passed between the reveal and the game arriving in stores today, Watch Dogs has managed to retain much of the promise it offered at the outset. A detailed open world experience with unique moment to moment gameplay, combined with some familiar Ubisoft style of missions and engaging multiplayer, makes this a worthwhile title for any stealth-action fans. 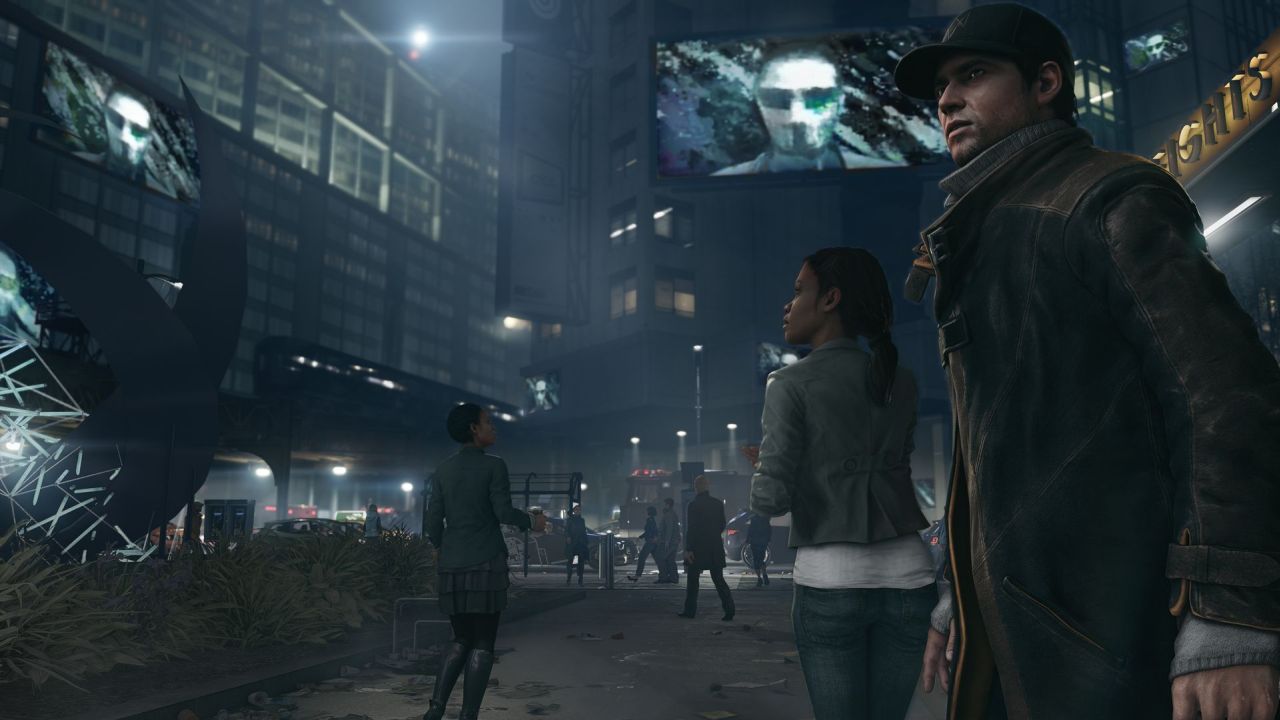 Players assume the role of Aiden Pearce, a man that's proficient in hand to hand combat as well as using his smartphone to hack into almost any electronic device around him. He is the man in the field, scouting out banks and potential heist targets, while being assisted remotely by a colleague behind a PC. When one such heist goes wrong, Aiden ends up in the crosshairs of an unknown organization that orders he be pushed out of the hacking business with threats. During this event, however, Aiden's niece is killed, and our protagonist takes almost a year to track down the man who attacked them. Upon confronting him, we learn that the conspiracy runs deeper than expected, and Aiden makes it his goal to track down all those responsible.

We also get to meet Aiden's sister and her son, who have a rocky relationship with him, given Aiden's apparent inability to let go of the accident. It is alluded to that his actions have put this small family in danger, and it doesn't take long until Aiden's sister does indeed get tangled up in the underworld because of his actions. To help resolve the situation, and keep his hacking abilities operational, Aiden involves the secret hacking collective called DedSec and gets to meet its various members. The group acts as a rebellious organization against ctOS and most authority in general.

The narrative starts out slow and rather cliché, and Aiden as a character is not well developed. He comes across as a wannabe Batman, with same growly voice, a man troubled by the way of the world. The game attempts to present him as a vigilante, but such themes fall flat after you take out just as many people and police as a regular day in Grand Theft Auto, not to mention freely steal from people's bank accounts. Still, as the plot develops players will become engrossed in the overall conspiracy taking place and will want to see out the fates of Aiden and Co. When the plot focuses less on the failed attempts of family drama and ramps up the intensity of underground hacking culture, the game really takes off and ends up being a worthwhile tale of betrayal and revenge that runs deeper than players will expect. 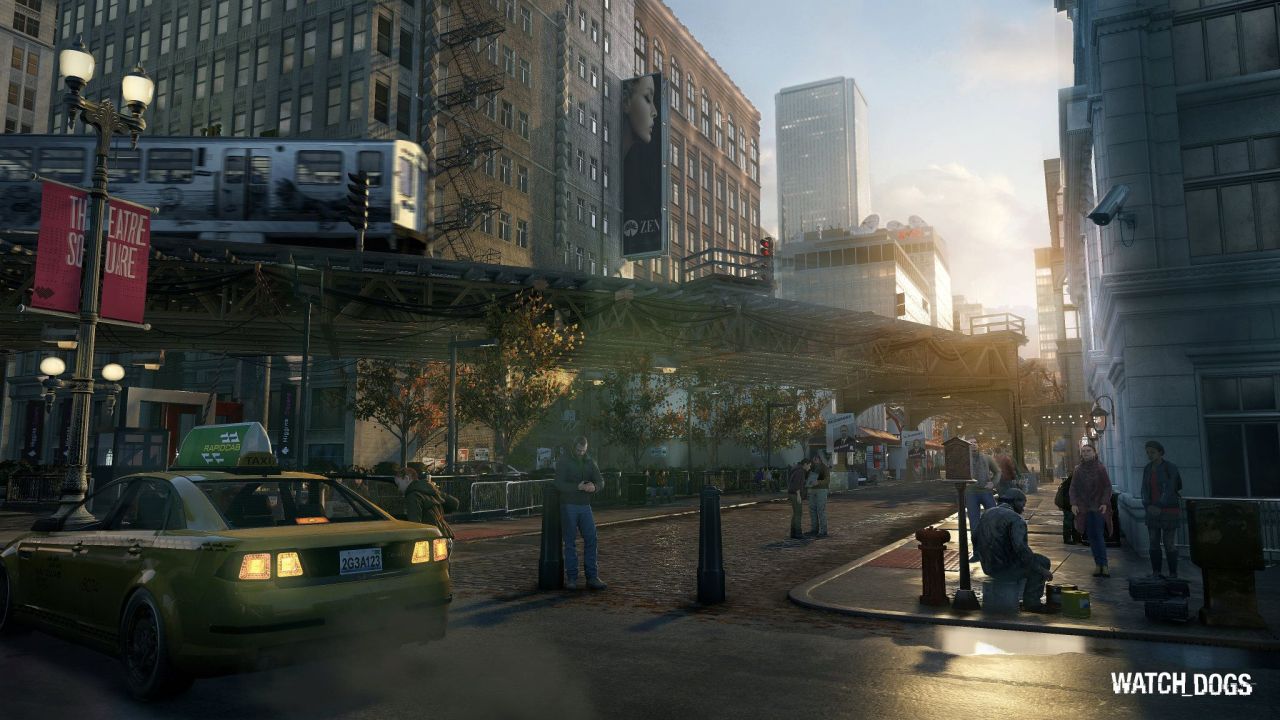 Over the course of the 5-act, 40+ mission campaign, you'll get to explore a slightly futuristic version of the city of Chicago. The developers have spared no effort to ensure that the urban environments are recreated with great attention to detail, from landmarks to lesser known locales. There is a full day and night cycle that runs continuously and adds that much more atmosphere to the setting. Exploring the downtown at night, the sleepy suburbs on a sunny evening, or the run down parts of town on a rainy morning gives off totally different vibes. The citizens go about their lives, have conversations, and help complete this believably alive version of Chicago.

Everything in Chicago is connected to the Central Operating System (ctOS), and it controls almost every piece of the city’s technology. This plays into the central hacking gameplay of Watch Dogs, but also adds to the setting. By simply pulling out the smartphone, Aiden gets a glimpse into the life of every NPC citizen that is near him by instantly offering a profile with bits of info like their name, photo, occupation, or a secret of their life. Most of the time, profiling is a purely visual feature, but one that adds to the immersion of this game world. Some NPCs' devices can be hacked, and the results range from stealing their bank info, to stealing a new piece of music, to uncovering a potential crime or side missions.

Most of the campaign missions follow a relatively familiar structure for an open world title, tasking players with reaching a certain location or finding a character, escaping chases, and so forth. Many missions are focused on stealth, and that's where Watch Dogs feels most rewarding and fun. Players who are familiar with Ubisoft titles will instantly recognize the structure of the infiltration missions - where an area in the open world is deemed as restricted and filled with foes who will shoot on sight if they see Aiden within the limits. Your task is usually to enter and reach the objective within this zone. 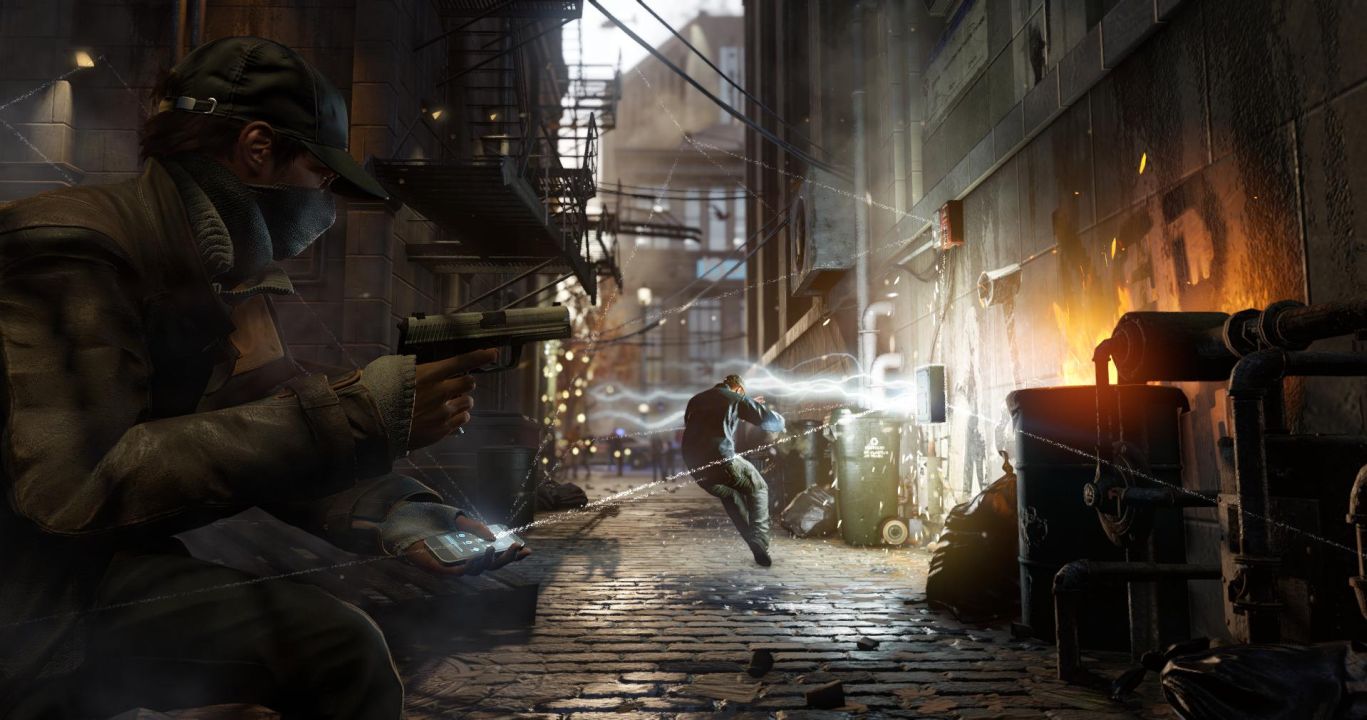 Aiden behaves more along the lines of Sam Fisher than a protagonist from Assassin's Creed - slow, and methodical rather than an all-out combat veteran. His movements aren't the quickest and moving cover to cover is easy thanks to a well implemented control scheme. Again much like Sam, Aiden can take out unsuspecting foes with an instant melee takedown, but also cannot survive for very long when taking gunfire. This means most missions can be completed in stealth, a mix of hacking and accidents, or result in a slow and tense cover-based shootout. The choice is of course up to the players.

Watch Dogs differs in its stealth implementation because of Aiden's ability to hack. The controls are relatively simple. You hold Square to hack into any accessible device in the game - from phones to industrial machinery, to bridges and gates. In a sample scenario, Aiden approaches enemy territory but does not enter it - instead you remotely hack a nearby security camera. From there, the players are able to "jump" from one camera to another - and even to those that are worn by the enemies, or laptop cams sitting on a desk, and so forth. When you see an interactive item either within range of your phone or through a camera, you can hack it. This ability to jump between cameras and different points of view not only allows for better exploration of the environment, but also acts as a puzzle of sorts in some missions where Aiden performs everything remotely. There are also times when hacking minigame makes an appearance, requiring players to supply power to certain points on a grid.

Hacking adds an unprecedented amount of choice to the players. Some missions are actually completed remotely and act more like puzzles, with Aiden hacking from camera to camera until you're in view of the objective. When Aiden does need to be on location, you could enter the area, carefully scan and tag all enemies by hacking a nearby camera, proceed through and quietly knock out anyone in your way, to reach an objective. You can distract guards from their positions and patrols by setting off car alarms or triggering a forklift, among other actions. For a louder approach, you could cause chaos by triggering explosions around the area and taking out most enemies with accidents, then cleaning up areas with a silenced pistol. The depth and variety of approaches in Watch Dogs mission gameplay is truly impressive, and the missions are very well designed to allow for all choices to be viable. 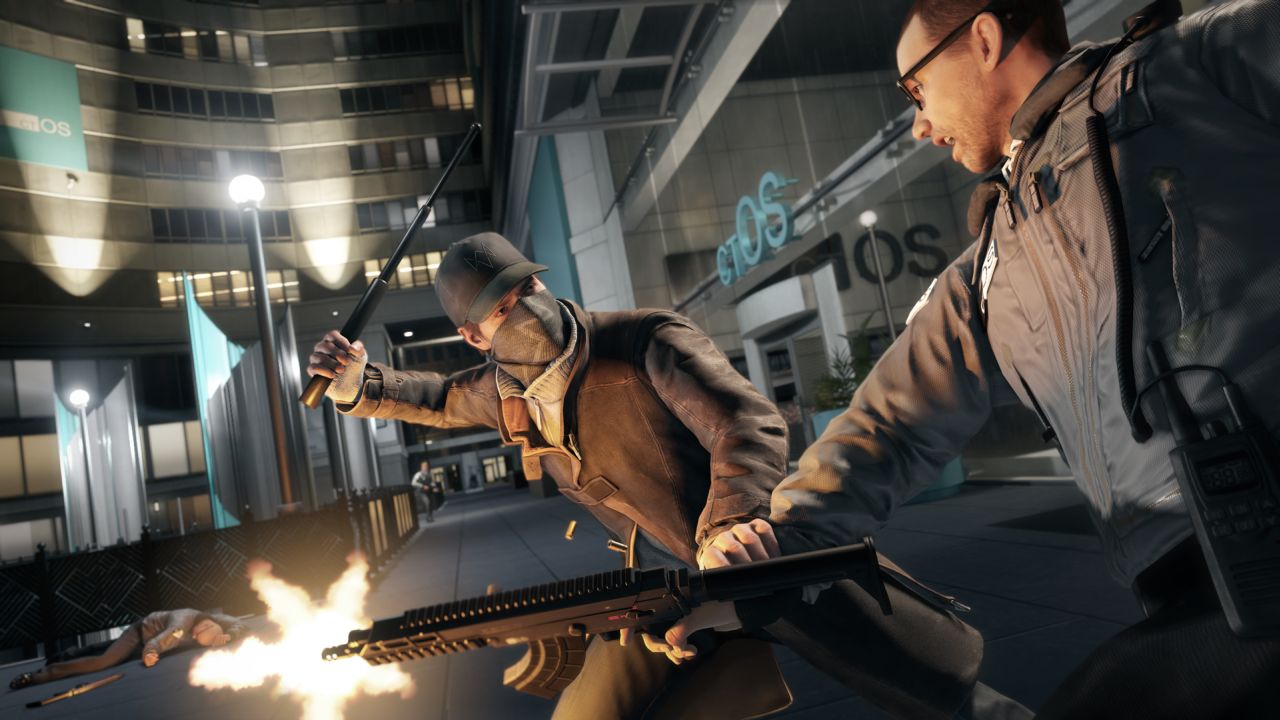 If stealth isn't your preferred method of conducting business, going in guns blazing is a viable, albeit dangerous approach. Aiden will go down quickly under fire, though you can often erect barricades and hack other items in the envelopment to create cover or new flanking opportunities. Your weapons arsenal consists of throwable items, as well as numerous rifles, submachine guns, and shotguns. Weapons need only to be purchased once, and they remain with you at all times - even in case of death or failing a mission. Because of this, the game is quite generous with cash and you should amass a full arsenal without much trouble. The recoil on rifles is rather difficult to control, but all the weapons sound fantastic and are satisfying to use. If you need extra help, there is a Focus mechanic that temporarily slows down time and lets you pull off well aimed shots.

Most of the missions involve entering of a restricted space, but because of the variety of locations and environmental hacking opportunities, it never gets old. When not on foot, you're likely going to be driving one of the many types of cars in the game. Sadly, they handle much like Aiden - heavy, slow to turn and tending to drift too much. They understeer and break unevenly. And though after a while you'll improve, the driving engine is still never quite right. This means you'll be crashing often, but thankfully the cars seem to bounce off objects and each other, so you're much more likely to scrape past oncoming traffic than come to a halt.