A game you'll definitely want to add to your collection

Let me start out by saying that I feel Bastion was a masterpiece, not only in gameplay, but in story, visually, and particularly in sound design. The question for Supergiant Games was this: would Transistor turn out to be the equivalent of the tricky second album, or would it live up to expectations? Expanding from Bastion’s action style into a more strategically focused mindset, Transistor seeks to raise the bar, and while it does so on some levels, ultimately it falls just a step short.

However, it’s unfair to compare the two games, especially when this is not a sequel. It does share some of the same themes though. It’s a third person action game with some role-playing elements where you can tailor your character to suit your style of combat. You play as Red, a much loved musician in the futuristic city of Cloudbank. However, her voice has been tragically stolen the night before the game begins. She pulls a large sword out of a dead body on the streets and it becomes her talking partner for the rest of the game. 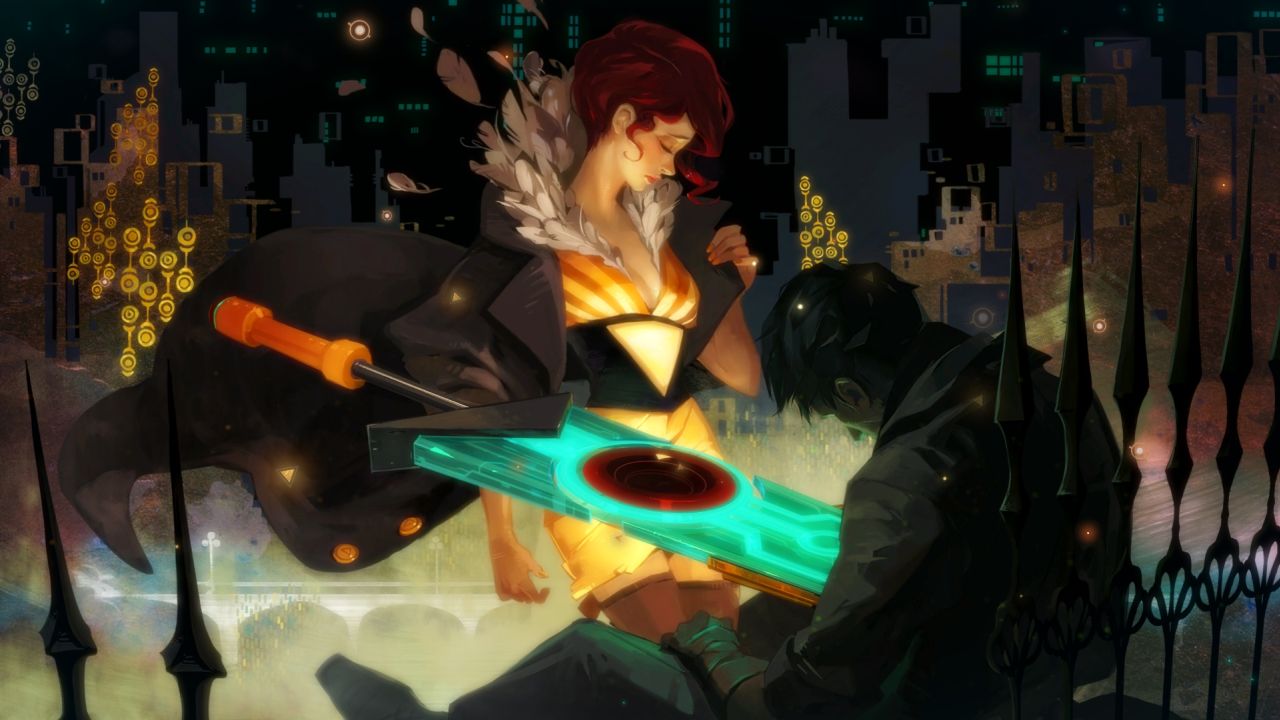 Much like Bastion, there are few talking characters in the game, but each one is so fleshed out and wonderfully voice acted it’s hard to notice the small cast. Logan Cunningham returns from being the narrator in Transistor’s predecessor to a similar role as the sword here, and does an even better job this time round. The story is told gradually, through computer terminals and snippets of dialogue, as you try and piece together the narrative. It’s nicely interactive in places too, as you can leave comments on news stories and the like. Red being able to type is also one of the few ways she can interact with her companion directly.

Although the story is mature and well told, it’s actually the gameplay that shines through the most here. As you explore the city of Cloudbank, small arenas will be set up in the environment as enemies, knows as Processes, spawn in and attack you. As you progress through the game you unlock more and more abilities, called Functions, which you can mix and match to form your arsenal of four abilities. You might be starting to see a computer theme emerging here, and you’d be right, as programming and math references run deep. The number of abilities you can have equipped is limited by your Memory. Backdoors appear to allow access to side challenges, and the bar where Red once performed is called The Empty Set.

Each of your abilities has two upgrade slots. Applying functions to these slots grants extra bonuses to each attack. For example using Spark() modified with Load() sends out tonnes of explosive particles with a huge blast radius. Even without upgrades, using abilities in a specific order can have good effects. Using Mask() hides you from view for a few seconds, and using Cull() while hidden slices your sword upwards for devastating damage. Being behind your opponent before using an ability will grant a backstab bonus, doing even more damage. 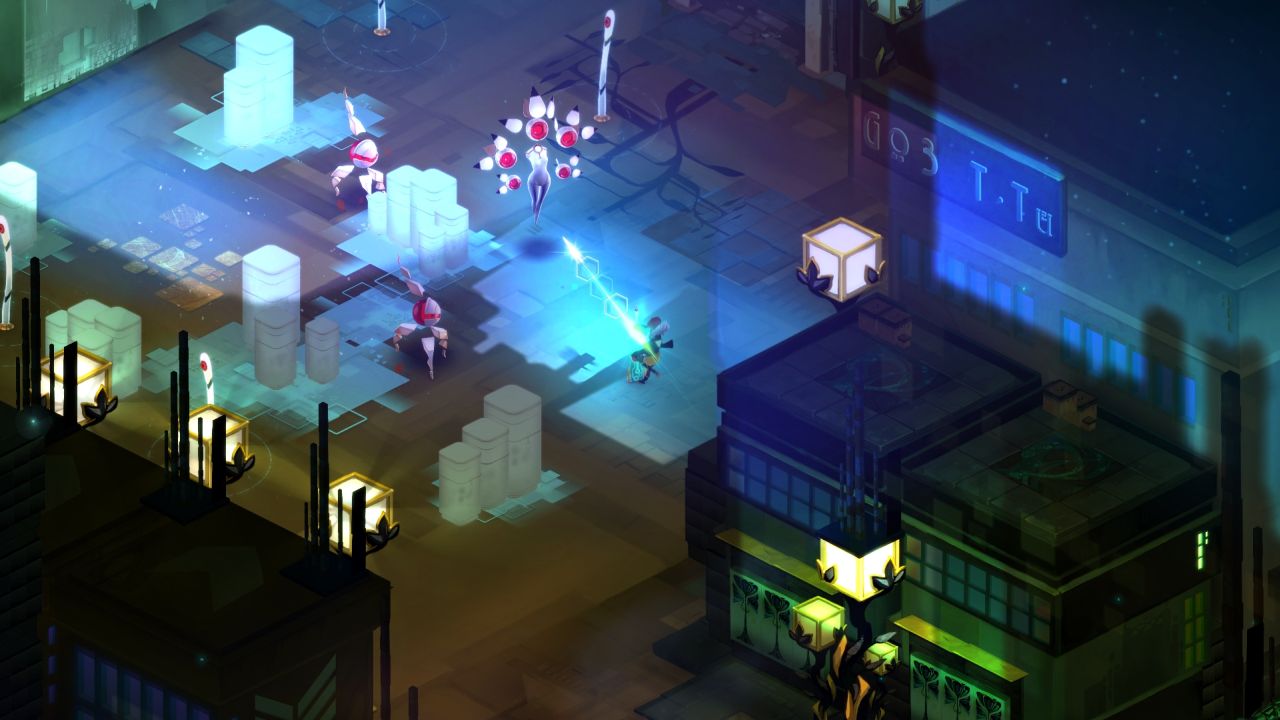 Enemies are dangerous though, and will often hurt you if you get too close. Luckily, you have an ability called Load(), which is the game’s main selling point. Load() pauses the action and turns the view into a more tactical one. From here you can quite literally load in abilities one after another, to be used in sequence once time unpauses. Red uses everything that’s been queued up instantly, allowing her to zip round the battlefield, unleashing her abilities in no time. Once this is done however, she’ll have a cooldown period before being able to do so again, and won’t be able to use most of her abilities in the meantime.

It’s really clever, and the variety of enemies makes planning a move more challenging than it sounds. Some foes might explode when they die, others might block incoming damage if they take too much, while some could be shielded completely. Plus, the sheer number of options you have for combat means you could have a different loadout for just about every scenario you enter into. If you lose all your health during combat, it’s not game over. In fact you simply lose one of your abilities until you interact with two access points after combat is over. It’s a unique mechanic that makes a lot of sense in theory, and it’s cool the first time it happens, but in practice it’s just as much of an annoyance as resetting a checkpoint. The next access point you go to you can add another ability into the slot you’re missing. But when the next one pops up, usually just a few minutes later, you’ll probably just revert back to the moveset you had before.

The whole package is great for about five hours and then… wait… is that it? The ending to the story came abruptly. It’s a budget title, but I guess I was expecting a length close to that of Bastion’s. However the fact that I was left wanting more is a testament to its design. There aren’t many games I jump straight back into when a New Game Plus option presents itself, but I was itching to try out some more combinations of abilities. I hadn’t even unlocked all of the upgrade slots available on my first playthrough, so it wasn’t long before I had even more options available to be taking on the tougher enemies that NG+ throws at you. 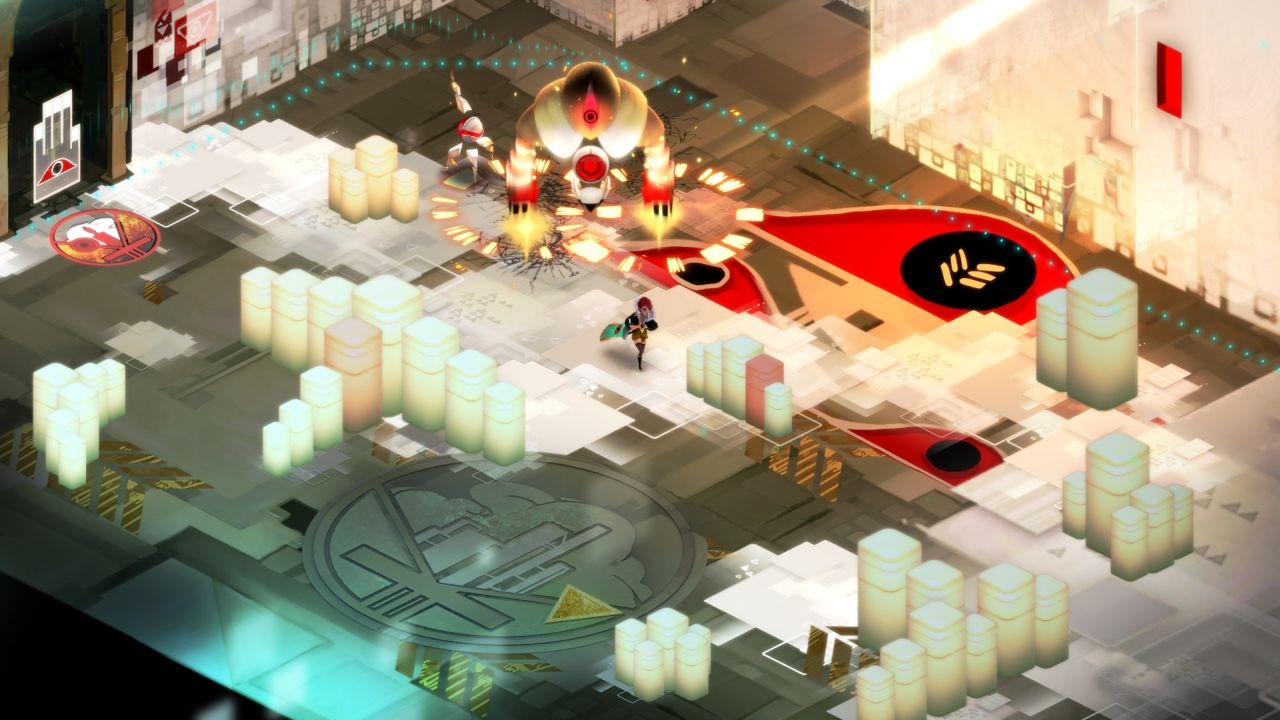 It’s also hard to stay disappointed at the length when it looks as good as it does. Transistor keeps the hand drawn style of its predecessor, and this time everything has a sci-fi sheen to it that really fleshes out the world. I touched upon the voice acting, but the music is also fantastic, with Darren Korb laying down another great soundtrack. As for the performance, the frame rate stayed running strong, though I did encounter numerous times when the picture would noticeably freeze up momentarily. This was annoying, but never game-breaking, and it’s hopefully something that can be fixed with a patch.

Transistor is a very good game that tries hard to escape the shadow of Bastion. It came so close, but a few issues let it down in the end. That said, I can still give this game a very high recommendation. It features a smart and unique combat system, gorgeous visuals and superb audio design. Taken as a standalone product, this is a game you’ll definitely want to add to your collection.

75
Multiple picture freezes and one full crash lets Transistor down in performance. Hopefully these can be fixed with a patch.
Overall
84
People were looking for a really good follow up to Bastion, and that’s what they’ve got here. Transistor is really smart, looks and sounds great, and will leave you wanting more when it’s all over. 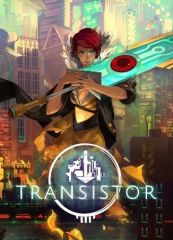 All videos for Transistor (2)
Advertisement ▼