You'll be calling all your Sportsfriends over

Once upon a time, not so long ago, neighborhood friends would meet each other face to face, sit down on a couch, and play a video game together on the same exact television screen. They would push each other when the competition turned fierce. They would laugh together when the mood turned light. Not so long ago, local multiplayer was all we had, and that was more than enough. But nowadays, local multiplayer feels more like a myth; a forgotten feature that will only live on through the stories we tell our kids. Sportsfriends, however, aims to bring back the fun and the magic of gathering people around one screen and having a really good time. Together.

Sportsfriends is a collection of four separate multiplayer games created by four different developers. Each title is completely unique from the next, while packing in enough content and fun-inducing competition to make every game feel like a full experience on their own. These “sports” all have their own rules, tutorials, and even secrets to discover. After hours and hours of play, I was still discovering new tactics and learning the intricacies of each game, and even finding some hidden content. Despite their simplistic setup, there’s a lot to keep coming back to in Sportsfriends, as long as you have some folks to play with. 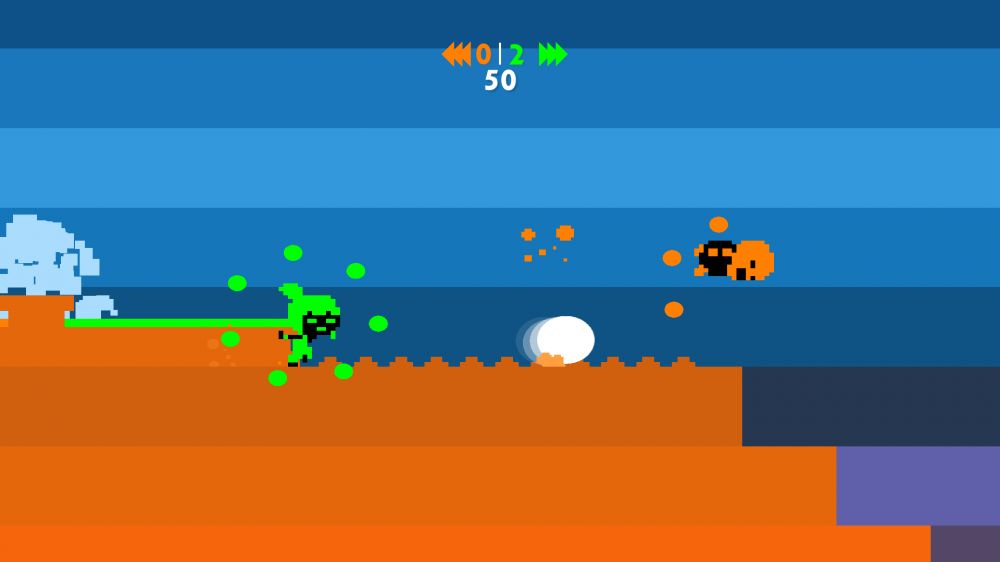 The first title I’d like to talk about is Hokra, a game in which two teams of two compete to gain possession of a puck and hold it inside of their teams’ colored goals. As you hold it, a gauge will fill up and whichever team fills their gauge first, wins. It’s one of Sportsfriends most simplistic games, making it a great start for casual players. Defenders can dash forward, but this won’t let you turn so you have to use it smartly. Offensive players can pass the puck instead of dashing. With some clever coordination you can keep away the puck from the opposition and fill up your teams gauge quick. You can even shoot the puck away, and as long as it lands on a color, it will fill that gauge. Think of it like air-hockey but the goals differ from level to level.

Simple and plain in execution as well as graphically, Hokra is a minimalist’s game. The screen is mostly white with the exception of the colored goals and the squares that make up the players and the puck. Chasing down and keeping the puck away from your pursuers is really all it comes down to. However, it’s that basic nature that makes the game so approachable and still a lot of fun to keep at. The variety in levels change the goals around in a multitude of ways, and you can even create your own arenas to keep things fresh. 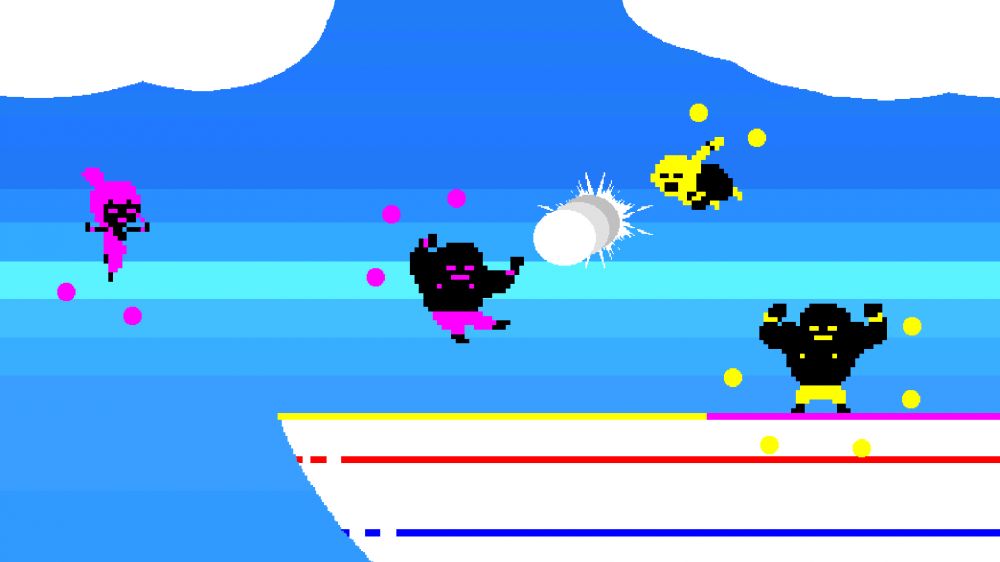 It may be that simplistic nature that makes me feel like Hokra is the weakest game in Sportsfriends. There’s just not enough there that ever really makes it very interesting, especially when compared to the other three games. Does that make it bad? Not at all. Even on the low-end of the scale, Hokra is still a good game but it’s a shame you need two teams of two in order to play it effectively. Hokra is one of the easiest games to get going with 4 players but I felt like there should be a mode that would allow only 2 players to compete. If Hokra gave us this option, it would definitely benefit.

Then we have BaraBariBall, a game where each team picks a character and fights to sink a ball to the bottom of their side’s water. This game plays a lot more physical than something like Hokra because your avatars can attack each other whether they have possession of the ball or not, or if they’re in the air or underwater. There’s also a heavy focus on jumping. Players are given a set number of jumps before they are left to find land or sink, adding another mechanic to the game. 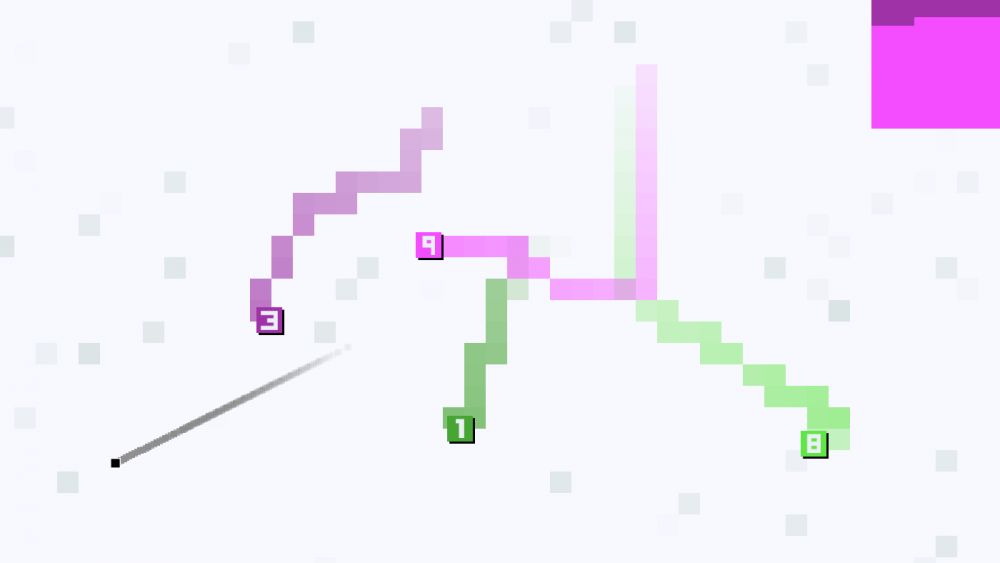 I love how aggressive things get in BaraBariBall. There’s a constant struggle for possession of the ball similar to basketball mixed with Super Smash Bros in that everyone is on a 2D plane duking it out, but the focus on getting the ball underwater keeps it different than other brawlers. However, I feel like the focus on the ball creates a lot of chaos for players, especially those just starting out. When everyone on-screen is chasing one ball, things get messy.

BaraBariBall can be played as a 1v1 or 2v2 game, and I found myself having a better time with the 1v1 matches. Every game felt intense, like a virtual tug of war. With the default settings, a sunken ball gives you a point while letting your avatar fall off-screen takes one point away, making for a match that needs to be played both offensively and defensively. If you run out of jumps with water underneath you, say goodbye to that point you just scored. There’s a strategy to using your jumps effectively. I loved luring people out into the water just so they’d use up all their jumps and sink to the bottom. Having two people go at it is a great competition, and four players is fun too, but BaraBariBall doesn’t have enough visual diversity to warrant the amount of on-screen action. You only start with three characters to choose from, each with their own unique abilities, but different shades of colored characters with an 8-bit aesthetic doesn’t make finding yours very easy.