You'll be calling all your Sportsfriends over

Next up is Super Pole Riders, a buffed up flash game all about pushing a ball on a horizontally hung string into the opposing player's goal. To move the ball you can either push it with your pole or pole vault up and kick it across. Using the left stick to move your vaulter, and the right stick to rotate your pole, the controls are simple but really reward players who learn when to vault, when to push with your pole, and when to defend. The thing is, no matter what you're doing it usually looks hilarious. When I think about it, it’s probably an even simpler game than Hokra but that doesn’t stop it from being my favorite game in Sportsfriends.

Super Pole Riders is the one game that is just as much fun playing with two people as it is four. That’s because the fun of playing the game doesn't spur from just the actual rules and actions that turn it into a “sport.” It’s because it’s hilarious in both the physics and presentation. Created by Bennet Foddy, developer of QWOP, Super Pole Riders shares the same idea that physics don't exactly have to be right to be fun. Flipping around the stage, and waggling your pole all over the place never gets old, and certain situations make for a very comedic event. Luckily, unlike QWOP, you can actually play Super Pole Riders. 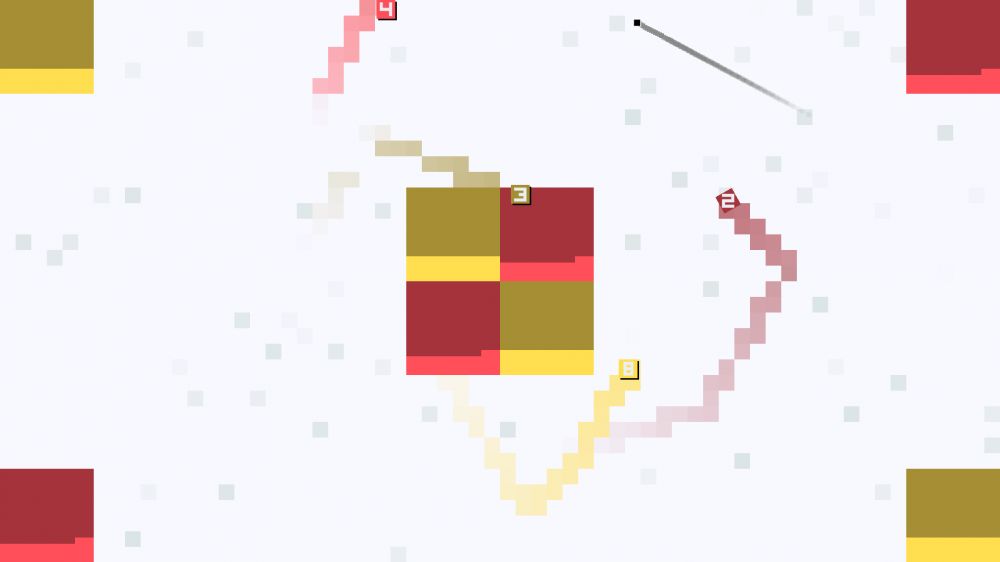 Finally, Sportsfriends packs in the not-so-much a videogame game, Johann Sebastian Joust. If anyone has been to a PAX event in the last few years, you're probably familiar with it. In Joust you must keep your controller steady (PS Move controllers optional, and more comfortable) while you try to knock your opponent's controller off-balance. The catch is the music that plays while you're trying to do this dictates how sensitive the motion sensors are. If the music speeds up, you're able to run around and really try to smash another's controller. When it slows down, players end up in slow motion fight just to get the other to jerk their arm ever so slightly. It's a completely physical game, and it's a whole lot of fun.

What I found most appealing about Joust was how customizable the experience could be, especially for those with a little imagination, and enough brain power to unlock the secret options menu. You can change the sensitivity, give players lives so they have to be knocked out multiple times to lose, add in different actions like Freezes, give players a chance to go invincible which completely changes the game, and more! In all my time playing Joust with a few different groups, for hours, I never got bored with the game because nearly every gathering was played in a very different manner than the last. I even started making up new ways to play Joust like players can only sit down, or the slightly dangerous "set your controller on the ground and defend it from attacking players" Joust. Some worked better than others.

The only real downfall of Joust is you need a good amount of space to play and people willing to get a little physical. Some people just aren't the type to go around shoving others for fun, and that's completely understandable. However, with the right people, you can have a good time. While Joust always felt better playing with a large group, I even had fun playing with one other person. It really doesn’t matter the number of people playing, as long as everyone is willing to get in there. Like Hokra, I think Joust is great because it can get people who normally don’t play videogames a chance to be a part of everything. You don’t need to worry about graphics, or the mechanics, you just have to play. 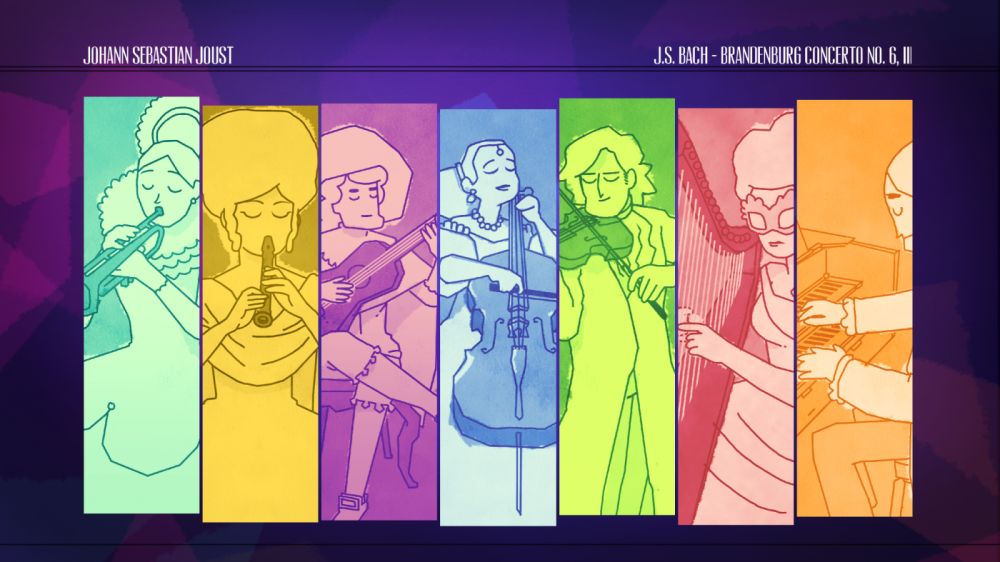 It must be noted though that the PS4 version of the game only allows up to 4 players in Johann Sebastian Joust while PS3 allows 7 players. The upcoming PC version will also allow more than 4 players. On top of that, the PS4 version doesn't allow custom track lists in Joust making it, surprisingly, the weakest version of Sportsfriends.

In the end, Sportsfriends is a fantastic compilation of local multiplayer games. Every title is a completely different experience than the next, making the odds pretty likely this will be a hit at any party where people want to play some games. Is it a downfall that you need others to play Sportsfriends? I don't think so. That's the whole point of the game. It would be nice if some games catered better to certain numbers of players, but for the most part, any number of players works well. With games like Nidhogg, Towerfall, and Samurai Gunn leading the way for a renaissance of local multiplayer games, Sportfriends definitely joins their ranks. You’re even getting four games for the price of one.

It's been a long while since I got together with a bunch of my friends simply to play videogames. Sportsfriends is all about bringing people together and the experience found within focus on the fun of playing with others more than anything. Put a controller in the hands of someone who doesn't normally play videogames and they'll have a ball with Super Pole Riders and Johann Sebastian Joust. Have a competitive friend that you constantly battle with? Throw on BaraBariBall and enjoy. Want your Grandparents to join in the fun? Hokra is designed to be a simple game anyone can approach. With Sportsfriends, you don't have to talk about the old days of playing games together, you can live them again.

Prev12
Our ratings for Sportsfriends on PlayStation 4 out of 100 (Ratings FAQ)
Presentation
80
Clean menus allow for easy navigation but they don't do a great job of expressing the quirkiness of the games included. Every title has a "How to Play" option that easily describes each game and what to do to succeed.
Gameplay
88
Every game has its own strengths and weaknesses, but when you're playing with others, nearly every flaw melts away and all you're left with is a digital bundle of fun.
Single Player
NR
None
Multiplayer
85
Each title was developed with multiplayer being the only focus. It shows. No matter if you play with 2 people, 4 people, or 7 people, the games hold up. Some titles you might prefer a certain number of people and games like Hokra and BaraBariBall seem to lack the customization options you would expect.
Performance
82
BaraBariBall seemed to have a couple hit detection problems here and there but nothing substantial. In Hokra, we sometimes went through a player and didn't steal the puck. These instances were rare, and didn't mar mine or my friend's experience but they should be mentioned.
Overall
84
Sportsfriends deserves to sit on the same list of fantastic multiplayer games like Super Smash Bros, Mario Kart, Street Fighter, and Halo. Make an opening for it at your next party.