Since 2005, developers TT Games have worked in tandem with the Lego brand to put out a plethora of licensed games with a colourful interlocking brick theme, some really good (Batman, Marvel, Star Wars) some quite bad (Indiana Jones.) The newest of these comes in the form of Lego: The Hobbit, based on the current movie trilogy we’re two thirds of the way through which in turn was based on the seminal fantasy novel by J.R.R. Tolkien. 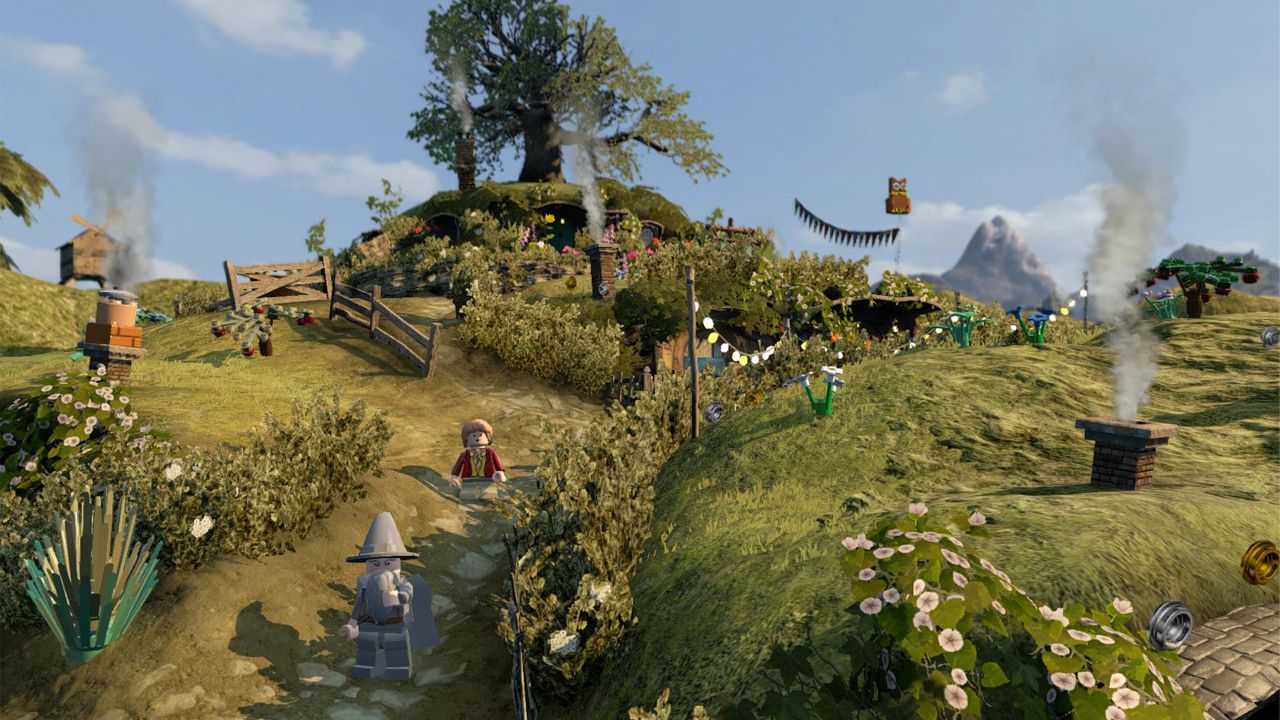 On the whole, the game is very good. Depicting the events of the first two films, Lego: The Hobbit’s main strength is in playing very much how the films feel, in both the way the game is set up and the actual gameplay itself. The major set pieces and plot points in the films serve as the game’s levels; all interconnected by an open world Middle-earth that also contains a whole host of side quests. The longevity here is quite staggering. There is the traditional Lego title convention of replying levels in ‘free play’ mode with different characters to unlock new areas and grab all the collectables, of course; but Lego: The Hobbit also utilises the crafting line of quests last seen in the Lego: The Lord of the Rings titles that sees you gathering various materials such as wood, precious stones and metals to create unique items. These can be used be any character both in the levels and in the open world and usually help finish a quest that’ll give you another Mithrill Brick (this game’s equivalent of the Gold Bricks in past Lego games.) This type of tailoring to the Middle Earth setting and this license in specific has paid off in spades and the crafting system is just one of the ways it worked.

The other main way is how fresh the gameplay feels. At its core, it’s the same as the other Lego games, utilising the skills of the available characters to solve the puzzles and defeat the enemies in order to progress through the stages. Where The Hobbit shakes things up is the emphasis on teamwork: the majority of the game in spent in the company of Bilbo Baggins, Thorin Oakenshield and his merry band of dwarves. Throughout the films (and the books) a major part of the story and the character development for our heroes is their ability to use teamwork to overcome any obstacle and to this point, the player has to do the same. Bosses are felled with team up attacks and the dwarves combine their abilities to negotiate platforms and solve puzzles. In a series that never had its combat as a major strength, this goes a long way to making things more interesting when it comes time to cross swords with the enemy. Also, as with previous Lego games, the whole game is drop in/out co-op friendly and teaming up with a buddy to tackle a few levels is fun, especially with the large selection of characters available for most of the stages. 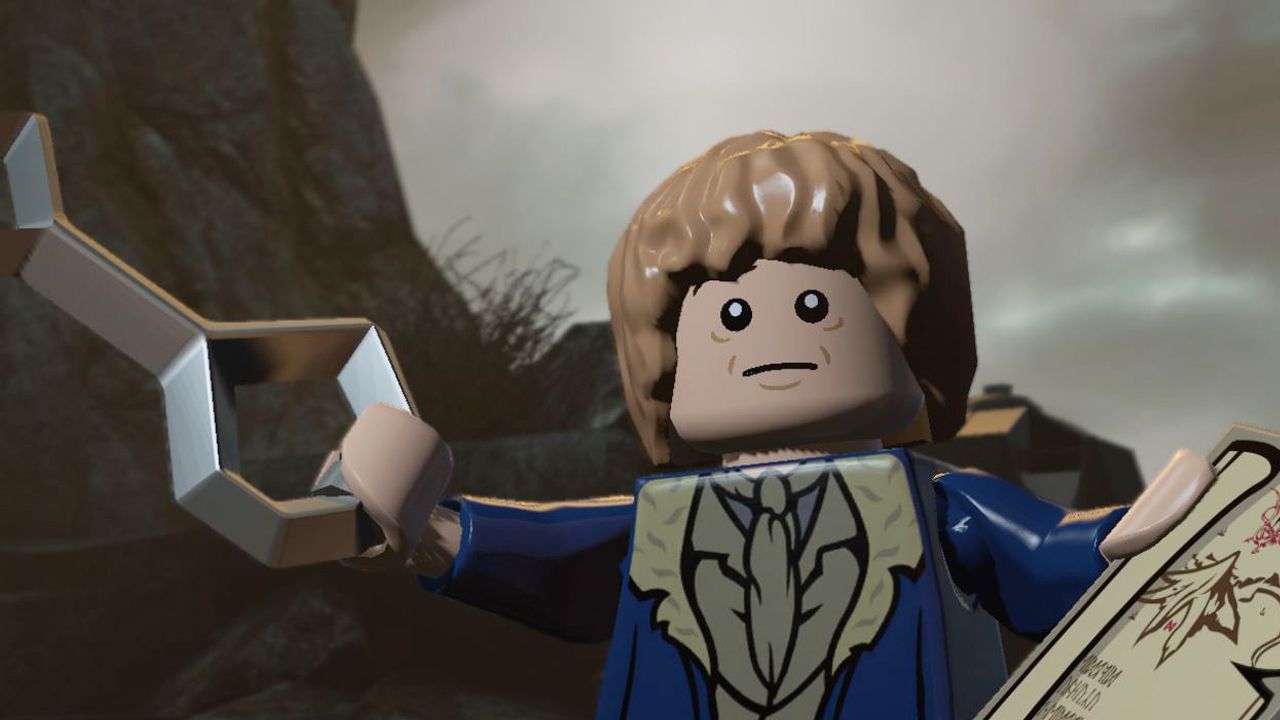 In a somewhat lucky turn of events, the set pieces from the movie lend themselves very well to fantastic level design; one such example is the river barrel chase sequence from the second film involving almost all of the central characters. This level in particular shifts the action between different groups of protagonists at a fantastic pace, as you alternate between escaping the elves as the dwarves and fighting off attacking orcs with the dwarves as the elves.

The game also looks and sounds great too. Presented in that unique Lego style, it uses recorded dialogue from the movie layered onto the game’s animation, complete with your trademark Lego based gags, to tell the story; and the contrast between the serious tone of the dialogue and the excellent gags actually serves to make it even funnier. As icing on the cake, the load times are fantastic (and actually non-existent in the open world, a display of next gen power in itself) and I encountered not a single bug or issue.

Considering you’re in control of at least two characters at all times, the Lego games have always been good making it easy for the player to manage. This is put to the test to an even higher degree in The Hobbit as for most of the levels, you control Thorin’s entire merry band, switching between them with relative ease by way of a handy selection wheel. You can also tap Y to switch to the relevant character in context to the environment around you and what you need to do next. It’s fast, fluid and a solid design. No Kinect compatibility to speak of, but in a game of this type, that’s probably a good design choice. 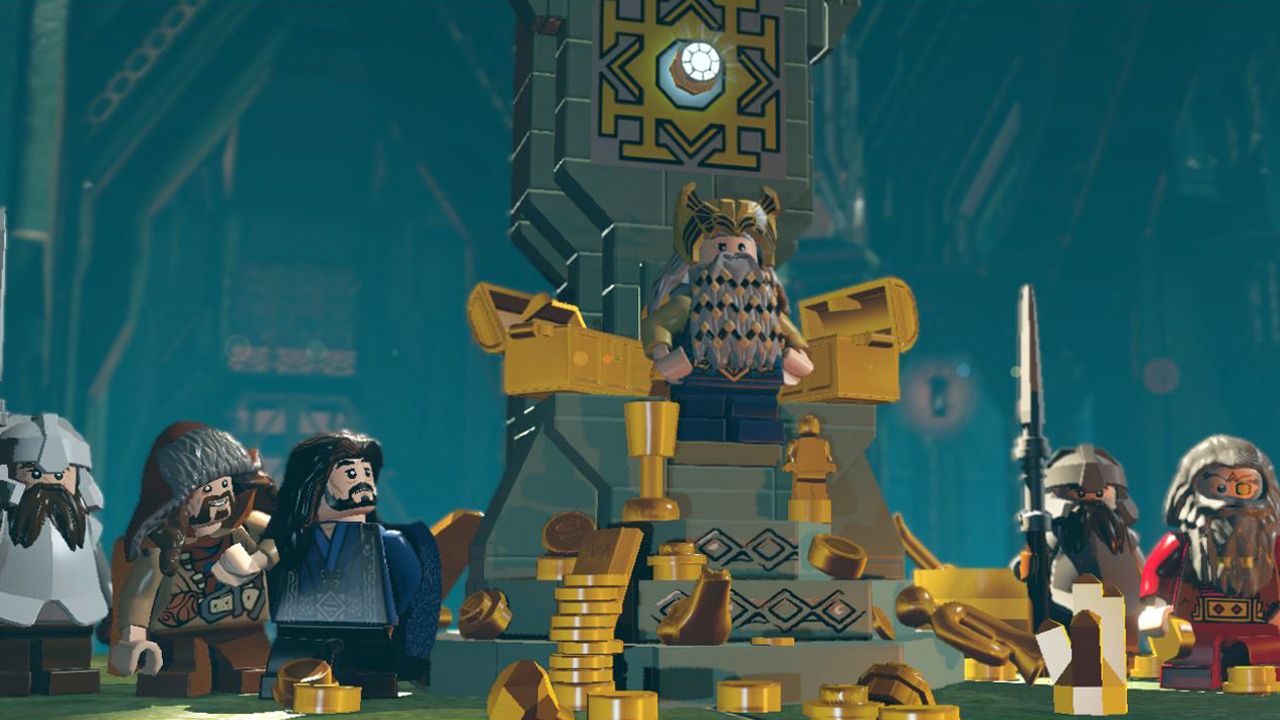 That’s not to say the game is without its flaws. The biggest issue lies somewhat within where it ends. It may seem unfair to pin this on the developer as the game is using the cinematic adaptation as its basis and as of release; the third film isn’t out yet. As it stands, the game’s ending is the climax of the second film which, without spoiling too much here for people who haven’t seen it; is a bit of a downer. Of course, as this isn’t the natural end of the story, it also just ends rather abruptly. What’s worse, apparently the plan is to release the third film as DLC. It stings a little that you pay full price for the game and then more to play the final part of the story. Whilst there is quite a lot of game here already on the disc, I’d have preferred to wait to play the entire thing as a finished game, maybe to tie in with the final film when it is released in cinemas. As it stands, I probably will pay for what should be the final third of the game as it is a very good game as is, but it still seems like a bit of a cash grab move.

To round off, I fully recommend picking up a copy of Lego: The Hobbit. It has great gameplay that gels well with the franchise and setting, a great presentation and is very well put together. The biggest quibble is that you’re paying for two thirds of said great game, but if you can get past this, Lego: The Hobbit is one of the best games of the first quarter of 2014.

Our ratings for Lego The Hobbit on Xbox One out of 100 (Ratings FAQ)
Presentation
85
No problems here. The Lego humour coupled with the Hobbit license is a fantastic pairing.
Gameplay
86
Building off the core Lego franchise gameplay that has proved fun and successful, the gameplay in both playability and synergy with the story and characters is close to perfect.
Single Player
85
This is a jam packed game, with replayable levels and quite a large open world full of side quests to complete.
Multiplayer
85
Basically, the single player but with a buddy and this is why it works so well; none of the fun of single player is lost or watered down in translation.
Performance
89
A perfect example of a triple A title, I encountered no problems whatsoever.
Overall
85
Probably one of the best Lego games out there, on par with the excellent Lego Marvel Superheroes. Worth a look, especially if you’re a Tolkien fan. 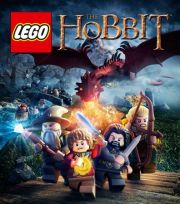 All videos for Lego The Hobbit (3)
Advertisement ▼