NES Remix 2 arrives less than 5 months after the original. In many ways, it's the game we really wanted from the start, with plenty of "remixed" versions of familiar titles like Super Mario Bros. 3, Kirby's Adventure, and Metroid. While the inclusion of these titles makes for a more enjoyable experience, the sequel doesn't expand enough on the "remix" idea, once again creating an experience that feels incomplete and fractured.

Like the original, NES Remix 2 has players completing mini-challenges in a variety of classic NES games. These range from getting to the goal quickly, to defeating a boss, to collecting 50 coins. By completing these tasks, you’ll be awarded 1-3 stars that are used to unlock more challenges, more games, and best of all, more "remixes." 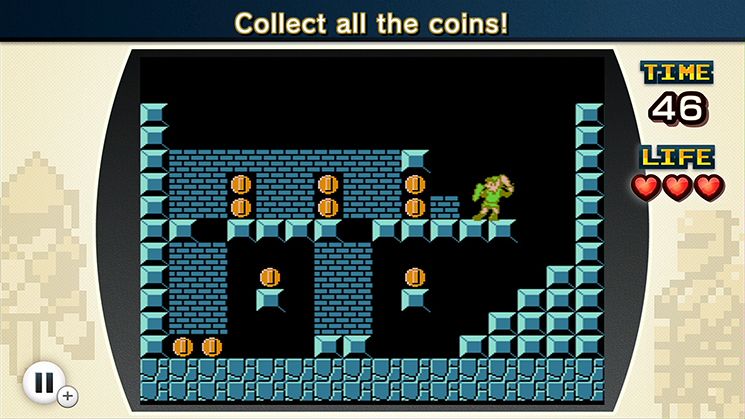 I felt like there was a good variety in the objectives that the game wants players to complete. Some levels are quick and basic, while later levels get much longer and skill focused. NES Remix 2 improves on the original by including more rewarding challenges with all-around better games. While a lot of objectives are brief, I rarely felt like I was doing as many pointless activities (although you will watch a couple demos) as the first NES Remix had me doing. There are even sections where you'll be playing full levels from a game or fighting a boss. These goals give players a better sense of the game behind the challenge, something I thought was lacking in the original game.

However, there are plenty of levels that are just plain boring. Activities like, “Run through the door” or “Collect the power-up” feel like a complete waste of a challenge slot. Combine that with any games you have no interest in and you’re bound to get frustrated at some points throughout your play. I’ve never played Kid Icarus before, and after playing NES Remix 2, I never want to. I don’t think the controls work well and challenges that require you to defeat enemies without being damaged only furthered my frustrations. 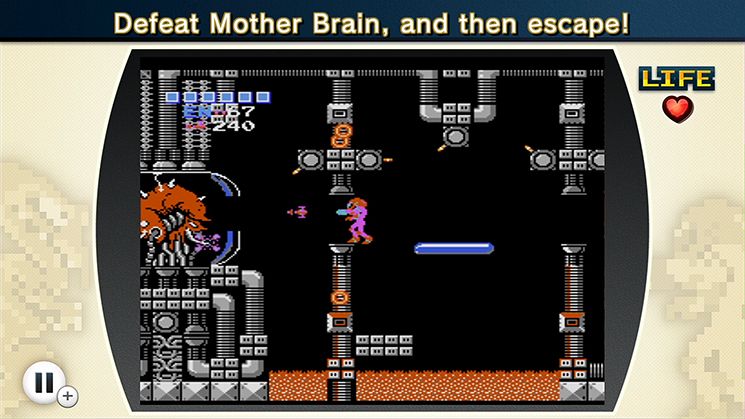 Taking cues from the mod scene, every remix takes the familiar setup of a classic game and twists it into a unique challenge you'd never find on an old NES cart. While each remix ranges from mind-blowing, to goofy, to just plain dull, there's always a drive to collect more stars and see what's next. Some will put characters from one series in the environment of another. Some will completely alter the visuals of a game. Others will break the game in some way, like making your character constantly run forward while you have to dodge oncoming obstacles. After every remix I just wanted to see how they would twist the next game. I was particularly fond of the challenges that would mix two games together, like putting Link in a Super Mario Bros. level, slashing blocks to collect coins, but found almost every instance was too brief. It made me want more, a sensation I felt all too often while playing. The quick, Wario-ware style of play might be exactly what some players are looking for, but for me, they never quite scratched the itch that a full game would have.

The fun thing about creating a game all about mini-challenges is the high-score system and fighting to be the best. You still unlock stamps to use in your Miiverse posts but NES Remix 2 one-ups its predecessor by including videos in these messages along with your best times. These videos will then show up on a feed for each individual level, allowing players to check another's time. Having trouble in a particular game? Just give a look at someone's video who had a great time and figure out how you can improve. While the hardcore gamer in me wanted to stick his nose up at how easy it is to get help, even I found myself checking out a couple videos for a better idea of how to complete a certain objective. It's a fantastic feature that allows rivalries to grow, frustrations to ease, and fun to be had for all.

In addition to the great selection of games and challenges, NES Remix 2 brings even more content with a couple bonuses. Included in the package is Super Luigi Bros., a mirrored replica of the original Super Mario Bros. You'll control Luigi with his unique high jump and slippery traction in this completely backwards experience of the NES classic. At first glance, it doesn't seem like a big change but let me tell you, within seconds any familiarity you had with the original game goes out the door. For someone who could probably play a good portion of Super Mario Bros. blindfolded, I felt like I was almost playing an entirely new game. I really liked this twist, but it's not for everyone. All the warts of the classic are still present and honestly, playing as Luigi only makes the controls more frustrating. 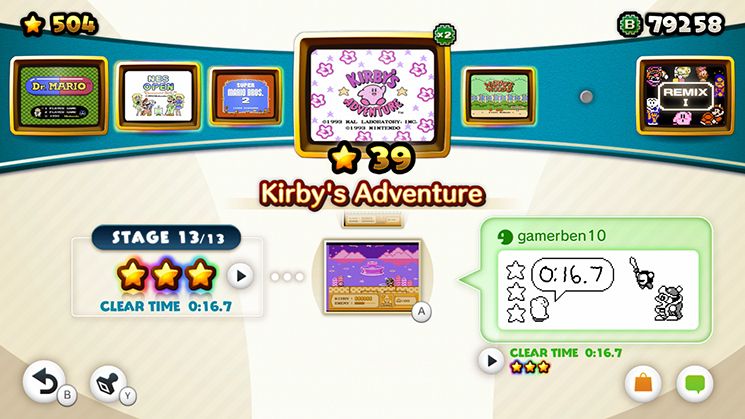 For those who also own the first NES Remix, you'll be able to play Championship Mode. Based off of NES World Championship, players will have 3 different tasks to complete for 3 different games, Super Mario Bros, Super Mario Bros. 3, and Dr. Mario. When all is done, you'll be given a score that gets plastered all over an online leaderboard. This mode is a nice added bonus, but doesn't have enough depth to really keep coming back to. After a couple tries, I don't feel any need to go back unless a friend decides to rub their score in my face. All I can think of is how great this mode could have been if Nintendo updated the challenges/games daily to keep things fresh. The fact that you need the original game to use this mode is absolutely absurd. Playing Championship Mode isn’t nearly worth the price of the first game if you’re just jumping into the series now.

NES Remix 2 boasts a much stronger and entertaining list of games than its predecessor, but doesn’t improve the formula enough to feel like anything more than a half-step forward. The extra content adds an extra bang for your buck but the 2 bonus modes are only a slight distraction from the main game. Fans of the original will definitely find a lot of content to enjoy, but the sequel struggles to feel like anything more than a glorified expansion.

Our ratings for NES Remix 2 on Wii U out of 100 (Ratings FAQ)
Presentation
68
The layout of the game is exactly the same as the original. It's easy to navigate but would've been nice to see something new and feels lazy as a result.
Gameplay
82
Bite-sized mini-games give players a good representation of the games they are from. The titles in Remix 2 blow the first game out of the water.
Single Player
80
Collecting stars, unlocking new games, and witnessing the next remix is a fun journey for anyone looking to relive the NES era with a little extra spice.
Multiplayer
81
You can hook up extra controllers and have a group test their skills against each other, but the game is exactly the same as single player. Miiverse integration is improved with video playback.
Performance
73
For better or worse, the classics play as you would expect. Warts and all. The navigation could be a little snappier, especially when failing/restarting challenges.
Overall
76
NES Remix 2 only takes a small step forward from the game we got merely 5 months ago. Playing these segmented pieces of great games will remind you how fun the classics were, but Remix 2 struggles to find its individuality.