Boy, Snake’s come a long way, right? Obviously there’s the longevity of the series and the different incarnations of the character, whether it be Naked Snake, Old Snake or Solid Snake, but there’s also the constant reinvention of the franchise – the idea that it might fade, might be finished, but then comes back, usually stronger and more interesting than before. But what of Metal Gear Solid V: Ground Zeroes?

Firstly, let’s look at the title. It’s incomprehensible babble to the average consumer, and the proud use of the ‘V’ is misleading at best. Make no mistake, this is not the Next Big Metal Gear, following 2008’s Guns of the Patriots. Ground Zeroes is a short game, potentially even shorter than you’ve heard. It’s billed as a ‘prologue’ to the real MGS V, The Phantom Pain, due to come out whenever series creator Hideo Kojima feels like it, but has been likened to a demo on several occasions, which isn’t that far from the truth. 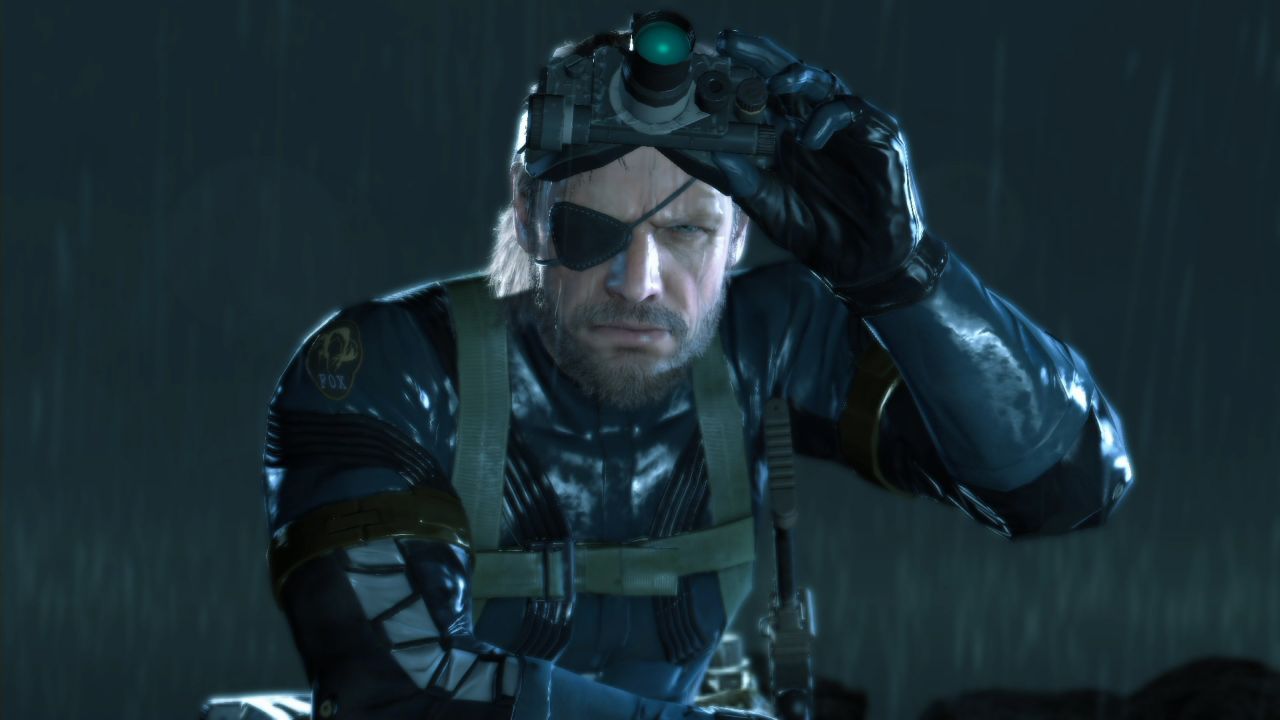 The game’s sole story mission, Ground Zeroes itself, took me under an hour and a half to complete first time through. Yes, there are side missions unlocked afterwards, but they’re set in the same level and take place in some alternate reality that I don’t really care about. For me, as ridiculous as it all is by this point, Metal Gear Solid has always been about the story, and so therefore Ground Zeroes is a 1.5 hour game, with one cutscene at the beginning, and one at the end. That’s it. But let’s not fool ourselves, what we get is classic Metal Gear – up there with some of the best and most tense moments in the series – that also manages to feel new and fresh at the same time, moving the franchise forward in significant ways.

Basically – and I feel like an idiot for saying this – Ground Zeroes is worth it. But, there’s an interesting asterisk to go with that perhaps misguided thought: it’s for the fans. Despite being the most down to earth, not-absolutely-infatuated-with-itself Metal Gear Solid since the 1998 original, I would not recommend new players to start here. The fact that it’s an awkward package that concludes just as you’re getting into it is one thing, but it’s Kojima’s heavy baggage that seals the deal. As stated, Ground Zeroes is the clearest, most earnest attempt at an MGS yet; Snake has to infiltrate a government facility at night to try and save two prisoners. Got it. But unfortunately that’s not it. It’s sort of expected of you to have played Peace Walker, the originally PSP-only title that follows on from Snake Eater, the PS2 prequel to the rest of the series. Confused? I am, and I’ve played them all.

You can play Ground Zeroes as a standalone game, but the two captives, Paz and Chico, are returning characters that you really need to know from Peace Walker, and the end sequence that sets up The Phantom Pain beautifully – man am I pumped! – will be largely lost on you if you’re a newcomer. Digging through archive cassette tapes helps to unfold the story, and I found Paz’s account of her time at Mother Base particularly interesting, but unless you’re already heavily invested you’re going to have no clue where to start or how this fits into the world presented to you. 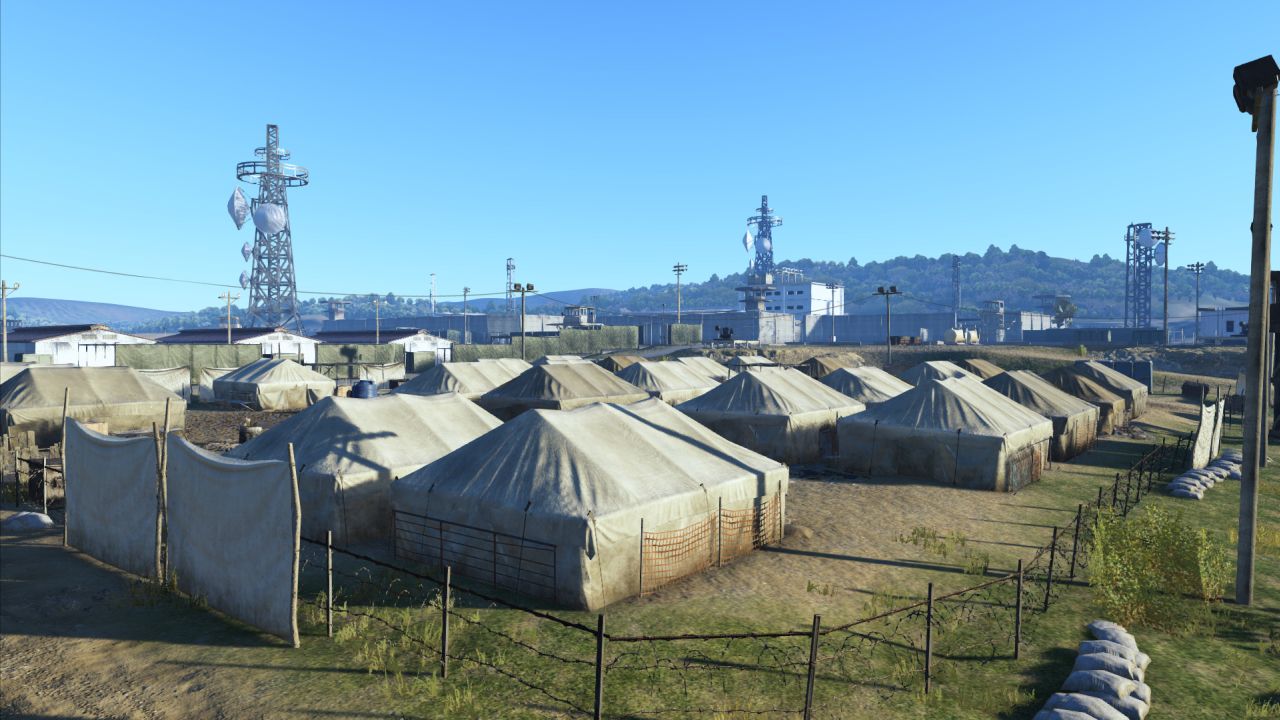 Technically the game looks fantastic, even on the ageing PS3 hardware, and holds its own against next-gen versions (which obviously look better, but not incredibly so). I found that the lighting and the atmosphere, particularly in the rain-soaked main mission, rivaled most things on last-gen, and sits head and shoulders above Guns of the Patriots, which was released for the same machine. The weather and ambiance are starkly different in the side missions, which take place during a blisteringly bright day, almost making the same locale feel completely different and rendering stealth much harder. It’s a neat trick to keep the setting from feeling stale too quickly, but I would have preferred to see it during other times of day, and in other weather conditions too.

Kiefer Sutherland slithers into the role of Snake in Ground Zeroes, barging out series stalwart, David Hayter. He manages to perform the character admirably, with a slightly less hammy take, but to me, isn’t the Snake I know and love. At least not yet. It’ll take some getting used to, I think, but wasn’t as jarring as I worried it might be. I just miss the gravelly, slightly non-human version that Hayter brought to the role.

Still, the mechanics and the gameplay itself are smooth as silk, and a dream to slip into whether you know your Metal Gear Rex from your Metal Gear Zeke or not. Snake can now sprint (a godsend in escapes), whilst moving from crouching to crawling is more of a breeze than ever before. Shooting, too, feels far more fluid and fun than in previous entries. Another new wrinkle is the spotting mechanic. The old, trusty radar is gone, and in its place are a handy pair of binoculars, that when zooming through, can ‘tag’ enemies, making them visible even through walls. It’s an addictive meta game, making you want to add each new soldier to your collection so that you know where they are at all times. That is, until you take them out. And here you have a new option too: to interrogate them. By holding up the base’s guards, you can find out lots of useful things, which in turn lead you to many of the game’s secrets. 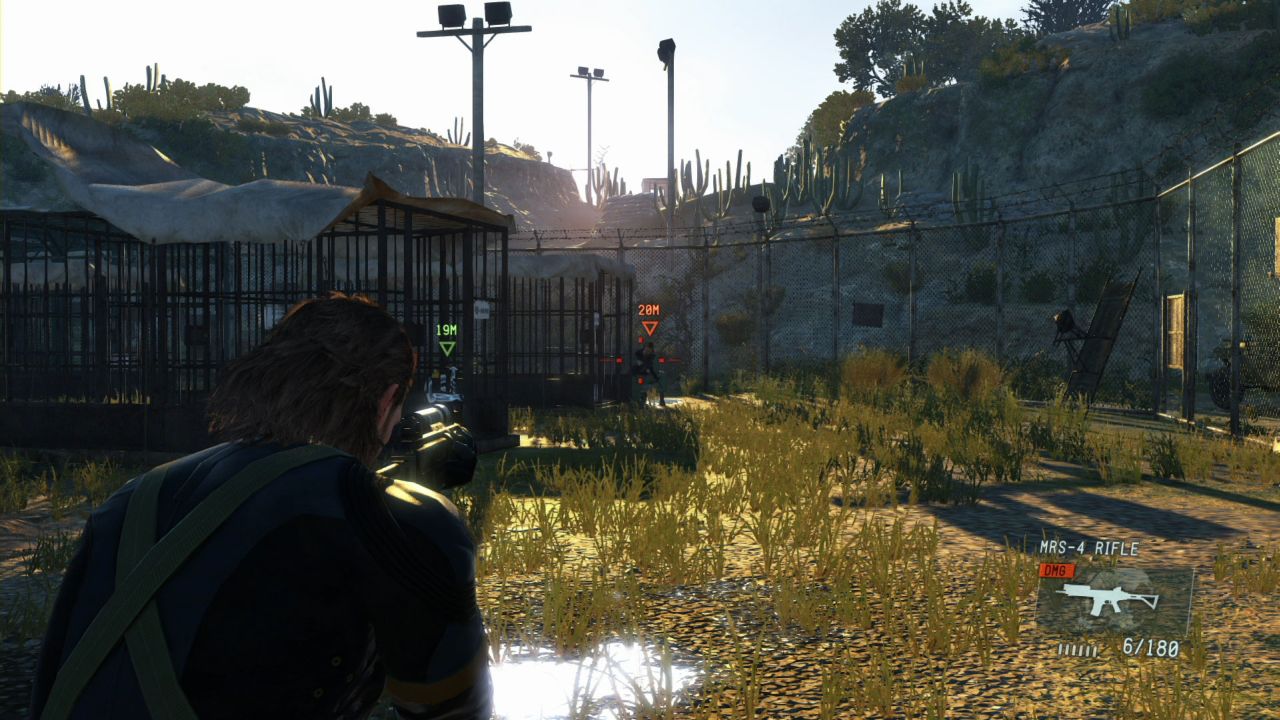 More often than not though, when I was seen, I found I had to answer in the offensive – for example, when an enemy spots you, time slows down, giving you a chance to take out your assailant before they ring the alarm. What are you going to do? The trigger’s right there, remember. At least one time too many I fell back on the all guns blazing approach, something I never normally do in MGS, but it wasn’t a get out of jail free card. The enemies often caught on before I could silence my foe and then the whole base descended upon me. It seems, then, that Ground Zeroes is as close to an action game as the series has ever been, but somehow the stealth is more intense and exciting too. And really, a much more satisfying approach.

For the first time since Snake Eater, I actually cared about hiding and not being seen. It’s a great trick that Kojima has played on us: in a videogame where it doesn’t matter what happens to the character you play as, we are willing to wait. To hide. And it’s more realized and effective than ever. The guards’ cones of vision are long gone, and even in Ground Zeroes’ stormy night time scene, the guards can see from a great distance, and once spotted will actively hunt you down.

The soundtrack kicks in, the heart pumps, and you actually care. Something I never really felt in the bloated Guns of the Patriots. Particularly in the final escape sequence, when the whole base is after you, it felt new and exciting. If nothing else, Ground Zeroes is a slice of a bolder, fresher MGS, and I was left definitely wanting more. 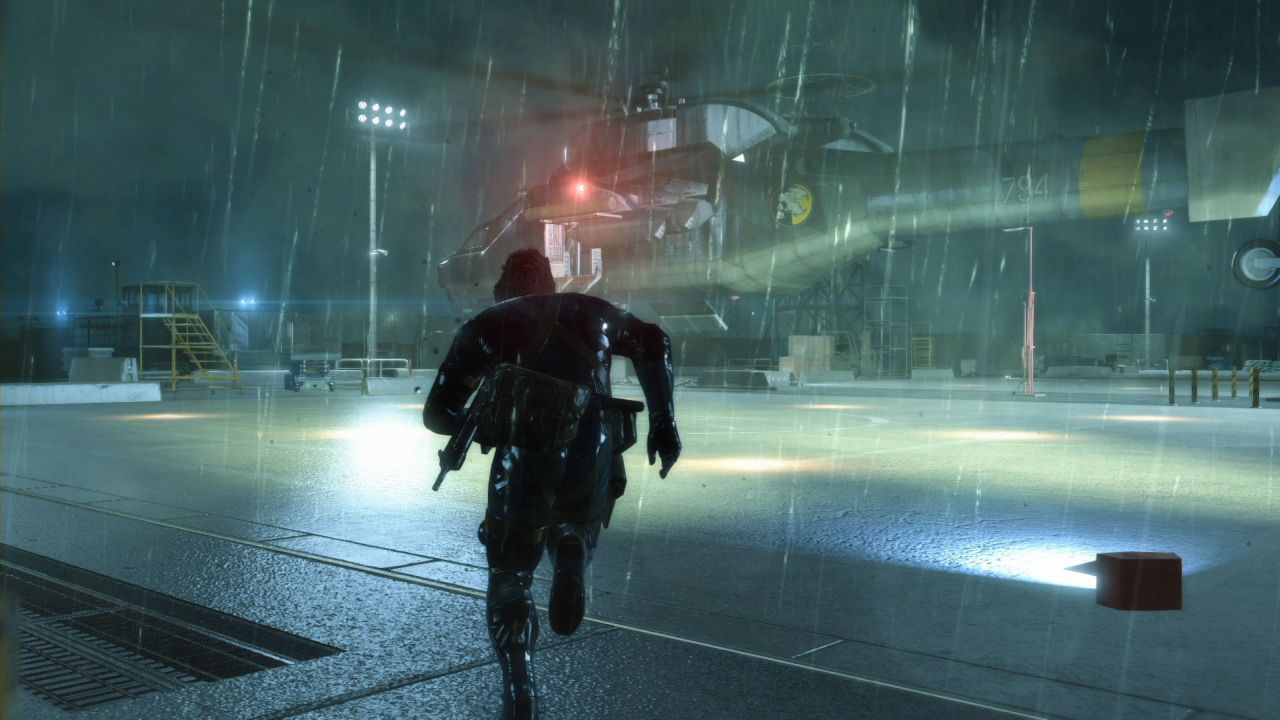 And that’s the main problem. What’s here is good, really good. But it’s not a complete experience (and I’m a fan of shorter games such as Journey and Gone Home) but with Ground Zeroes, I really did feel like I’d only been allowed a piece of the pie. Yes, after the credits had rolled, a sly 8% completion rate appeared on the menu screen, and replaying the main mission and the side ops will reveal hidden secrets that are great for fans, but they’re extras only. No amount of side salad is going to make up for the meager main.

As crazy as it might sound, I loved Ground Zeroes, but I know that I may be in the minority, even amongst fans, who might have been expecting something more and should perhaps wait for a price drop. However, the move to a more open world with multiple routes and choices is exciting, as is the more straightforward and relatable plot (by MGS standards at least) but really, Ground Zeroes has merely whetted the appetite for the feast to come. Bring on The Phantom Pain.

Our ratings for Metal Gear Solid 5: Ground Zeroes on PlayStation 3 out of 100 (Ratings FAQ)
Presentation
85
Slick and atmospheric, looking great even on last gen.
Gameplay
88
A more streamlined and fluid Metal Gear Solid in an exciting sandbox playground.
Single Player
70
One story mission, however good, is not enough, especially when it’s over this quickly. Sadly the Side Ops are not enough to fill this package out.
Multiplayer
NR
None
Performance
85
Solid as, well, a snake?
Overall
80
A bold and inventive new take on Metal Gear Solid that placates rather than fills the appetite. As billed, Ground Zeroes is merely a prologue to the true sequel, The Phantom Pain. Enjoyment will rely on expectations and on how invested you are in the overarching story of the various Snakes.