It's not a revolution of the genre, but Titanfall lives up to the hype

I hopped between walls to reach the roof of a building, took out an enemy and then jumped from the roof onto the back of an opposing giant mech. I ripped open a panel and started shooting away at the electronics inside. The pilot, having been warned of my presence, hopped out and attempted to get me off. I called down my own titan from orbit, turned on my cloaking device, jumped off and clung to a nearby wall. I waited a couple of seconds. My titan dropped from out of the sky and crushed both the titan, and the player in front of me. Welcome to Titanfall. 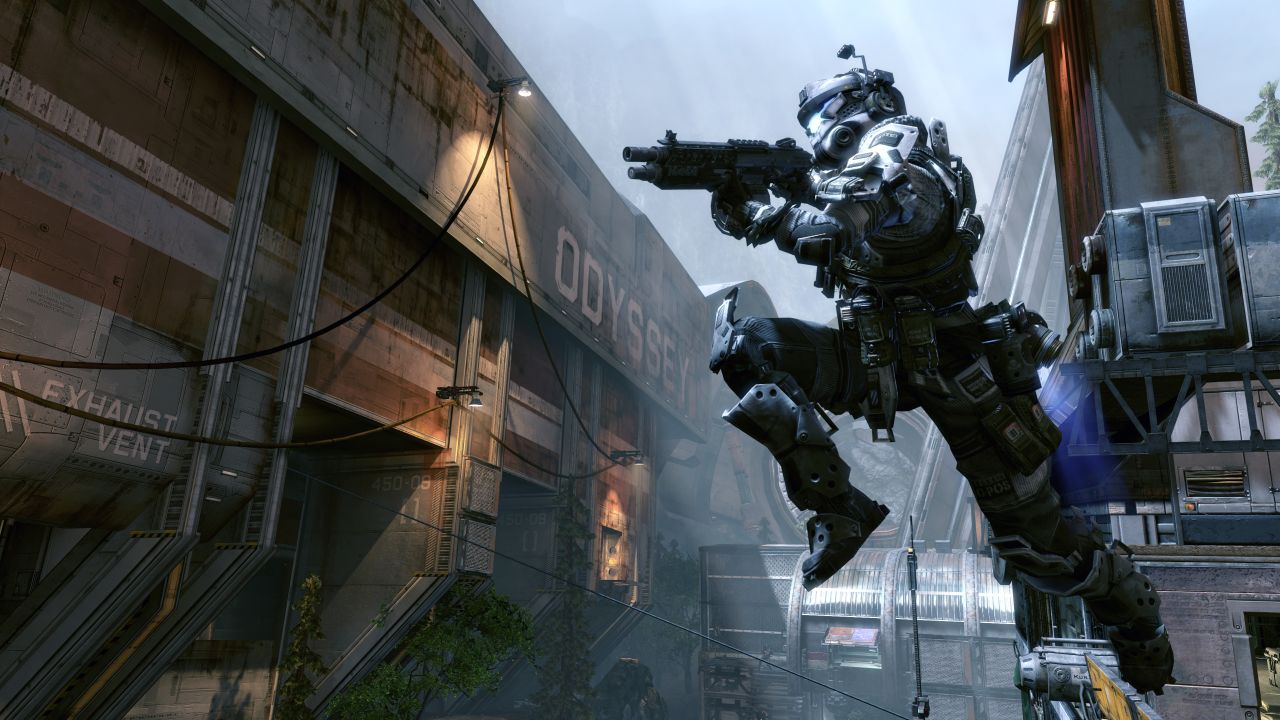 Titanfall is a multiplayer first person shooter in the vein of Call of Duty. Does it live up to the hype? Yes. Is it the FPS revolution everyone was hoping it would be? Probably not. Modern Warfare changed the way multiplayer shooters worked when it released back in 2007. Titanfall is merely a progression of the foundations that were laid down by that game, but even so, you’ll have a great deal of fun while playing it. When all is said and done, it’s still just two teams of six fighting it out across varying maps until a score limit is reached. There are levels to be gained by earning experience, and new weapons and equipment to be unlocked. You won’t be surprised to learn that the developer, Respawn, is partially made up of ex-Call of Duty devs.

It certainly brings something fresh to the table though, which is something that CoD hasn’t done in a while. Titans are the obvious talking point, but there is a lot more besides. It features an intuitive parkour system, cool futuristic technology and the game is rife with small touches that add to the overall experience. But let’s talk about the big stompy robots first. At the start of each match, you have a timer counting down to when you call in your first Titan. You can reduce this timer by scoring hits on enemy combatants, whether they be player controlled characters, or even the AI grunts that run around the map and have their own battles. 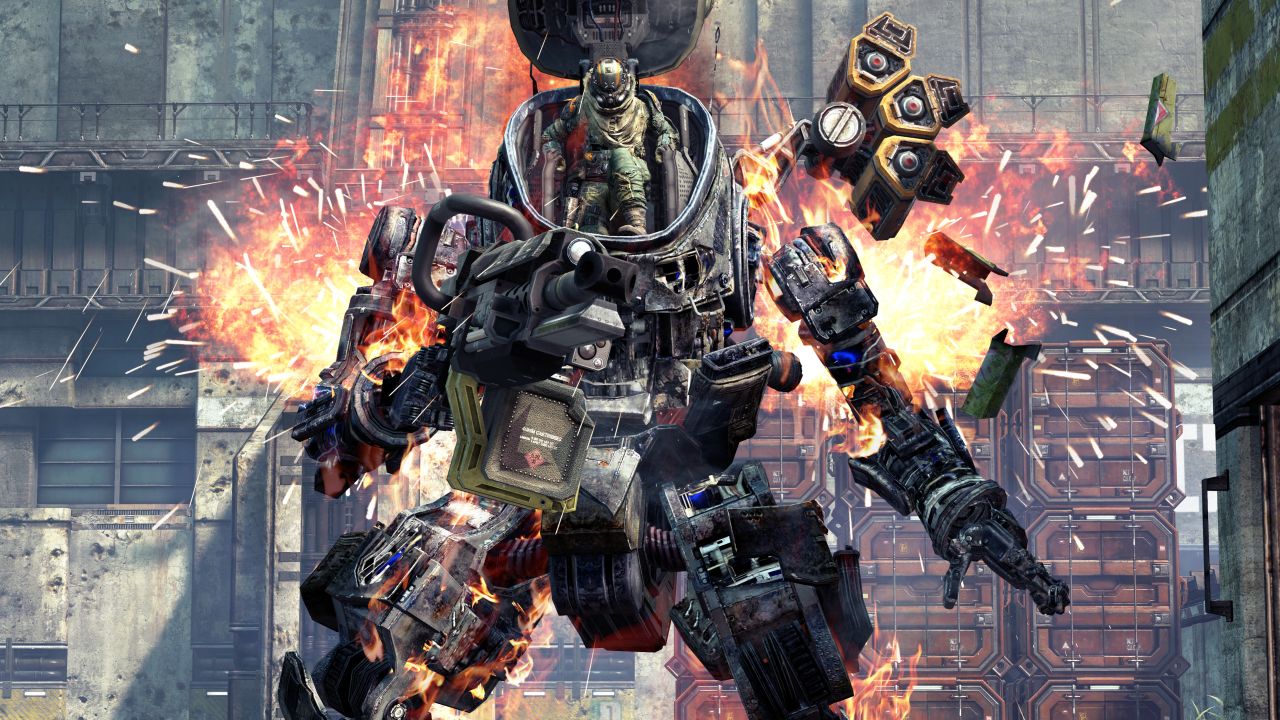 These grunts go a long way to help flesh out each level. When the announcement was made that games of Titanfall would only be six versus six, there was a fair amount of outcry. People thought the maps would either be too small, or the environments too sparse, but neither is the case. You’ll often run into a building you thought was empty, only for the AI to be having their own little shootout in there. You might find a Spectre, a more advanced foe, jumping through a window and mowing down some soldiers. I even found a grunt which had somehow gotten the better of one of these sophisticated pieces of technology and was attempting to stomp its face in. The actual intelligence of these NPCs is admittedly terrible, and it’s only in rare cases that you’ll ever actually die at their hand, but they certainly make each match feel more alive.

There are three types of Titan. The Stryder is a mobile robot, the Ogre is the tank, and the Atlas is somewhere in between. The chassis does not limit what weapons you can use though. You can mix and match to your heart’s content, and the weapons themselves are all unique and each has their merit. I liked running in with the Ogre, using short range weapons and focusing on abilities which gave me longevity in fights, but you could just as easily play a Stryder and use the long range lightning weapon from afar. The Titans are tough, but not invulnerable, and a good amount of sustained fire will bring one down. Doing enough damage to a Titan causes it to enter a “Doomed State” where the pilot has a few seconds of hull integrity left to eject before it blows up. One of the more exciting unlockable Titan abilities is a nuclear explosion that detonates upon entering the doomed state. Although there are only three types of chassis, there is a surprising amount of variety in play styles to be found here. 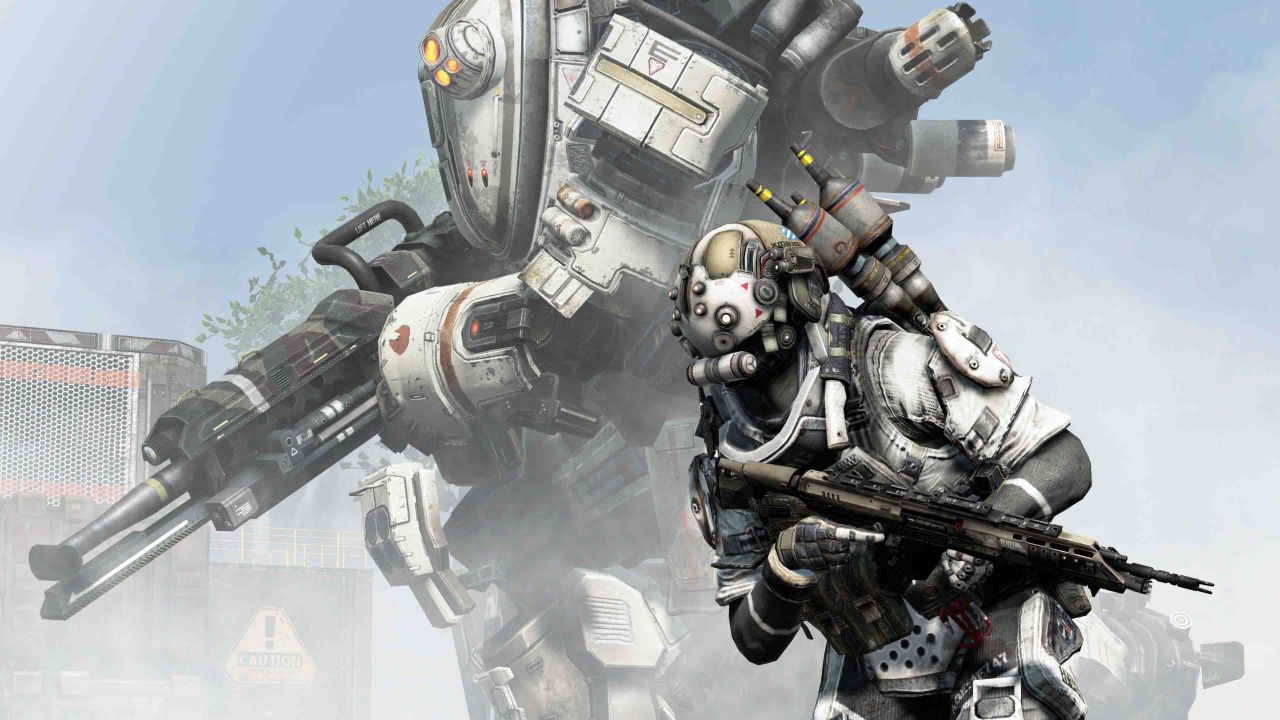 The same can be said of on foot combat. There are ten primary weapons to be unlocked as you level up, four heavy duty anti-Titan weapons, and three sidearms. You also have a tactical ability, such as the cloaking device or a stimpack to increase your running speed. You can carry standard grenades, or mines, or projectiles which interfere with electronics. Then you have a couple of Kits like being able to detect the AI minions on the minimap, or an enhanced parkour kit. When you lay it all out on paper it seems infeasible that it will all come together into a coherent experience, but it does, and superbly.

Everything you need to think about does come at a price though. Although Titanfall is a multiplayer only game, there is a campaign mode. Short cutscenes appear on your HUD as you play, but there’s usually too much going on to pay much attention, and indeed, I’m not entirely sure what the story is about. It’s a testament to the gameplay that it doesn’t really matter. There are fifteen maps (with more coming in DLC), and five standard FPS game types. There’s a good amount of verticality in each level, meaning you’ll have to be constantly checking windows and rooftops as well as the ground level. You’re not even safe from the skies, as ejecting from a Titan flings you high into the air. 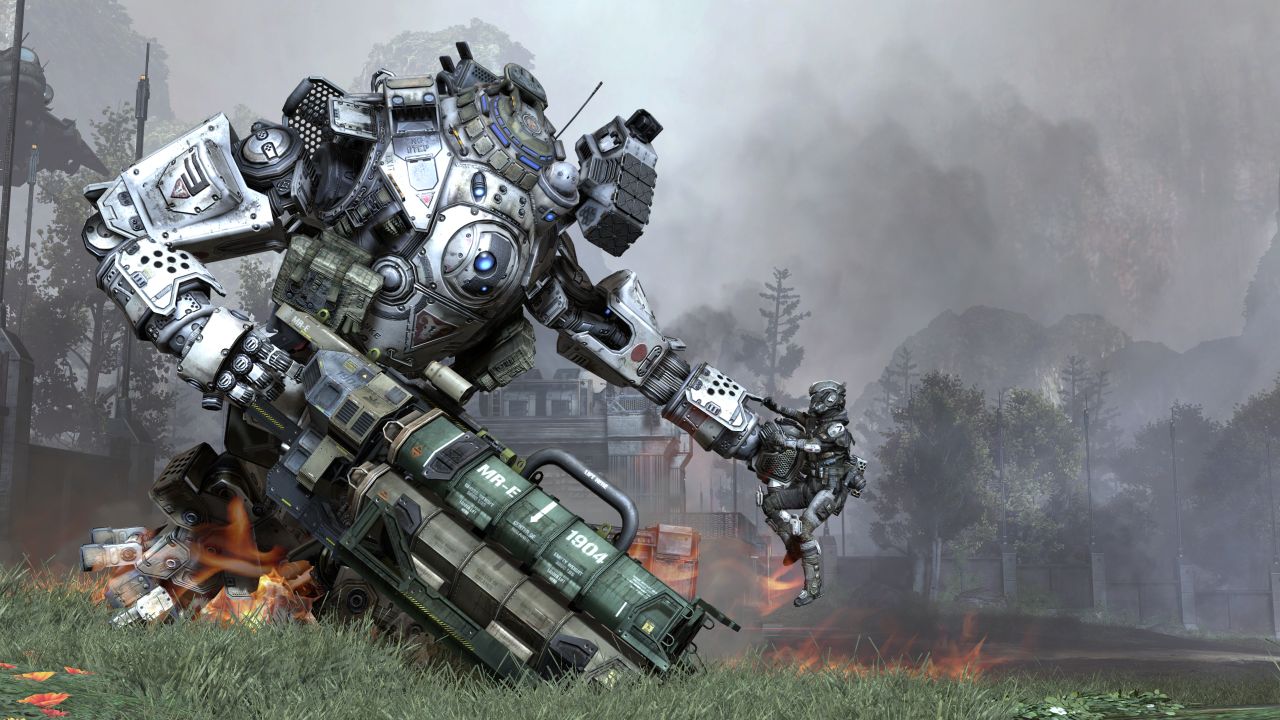 Everything looks and sounds great. The audio design in particular is quite exceptional. Audio cues in the Titan tell you when you are being attacked, and even lets you know if you are outnumbered, and by how many. The cutscenes that play out while you’re playing are easy to ignore, but the background noise makes you feel as if the battle raging around you actually means something. It runs pretty well too, but there is occasional noticeable slowdown and tearing. The back end is seemingly the most impressive part of Titanfall technically - it took 18 hours of gameplay before I encountered any server trouble, and that only lasted for a few seconds before resuming normal service.

It all comes together superbly. It seems that almost every match something happens which I would describe as ‘awesome’, and that’s not a word I throw around lightly. There’s not a lot wrong with Titanfall, other than it not being the revolution some people were hoping for. If you’re bored of the standard multiplayer FPS formula, Titanfall might not hold much lasting appeal, but that doesn’t stop it from being a fantastic game.

Our ratings for Titanfall on PC out of 100 (Ratings FAQ)
Presentation
85
Although not mind blowing, everything in Titanfall looks great, from the Titan design to the levels. The audio is where it really shines though.
Gameplay
88
Titanfall mixes up the FPS genre in a way never done before. Excellent on foot combat is backed up by intuitive parkour, and the Titan combat is just the icing on the cake.
Single Player
NR
None
Multiplayer
83
For as unique as the game is, it still sticks to the basic leveling up formula that FPS games have been using for years. However it’s still remarkably engaging.
Performance
(Show PC Specs)
CPU: Intel Core i5-3470
GPU: AMD Radeon HD 7800
RAM: 8GB RAM
OS: Windows 8 Professional

85
It runs really well for the most part, and the server stability is impressive compared to some other titles.
Overall
86
There’s so much going on in Titanfall it’s hard to nail down the best part of it. Many games aren’t as good as the sum of their parts, but Titanfall certainly is, and each section is good enough to stand up on its own.

All videos for Titanfall (5)
Advertisement ▼