A real treat for the fans, and an interesting diversion for anybody else

As a 26 year old male, Dragon Ball Z was instilled in me as a teen; watching it on Cartoon Network in the UK after school being a daily fixture. As the first Japanese animation to really make a mainstream impact in Western pop culture, I’d never seen anything like it and as a teen, I automatically thought “this needs to be a video game.” Of course, the marketing machine would eventually answer my prayers and many games later (some good, some bad) we come to the latest, Battle of Z.

Battle of Z comes along as part of last year’s anniversary celebrations and even includes elements of the film released in Japan last year, the first since 1996. The main portion of the game is the single player mode which does a great job of recounting the entirety of Dragon Ball Z; beginning with Goku and Piccolo’s encounter with Raditz, right up to Goku and Vegeta’s final showdown with Kid Buu. You begin with the core Z Warriors and the character pool expands as you complete missions, the majority of which being transformations of previous characters (Goku, Super Saiyan Goku, Super Saiyan 2 Goku, etc are all separate individual characters). This sounds like a cheap way of being able to advertise having a lot of characters but even the different transformations all control differently, with their own special moves, strengths and weaknesses. 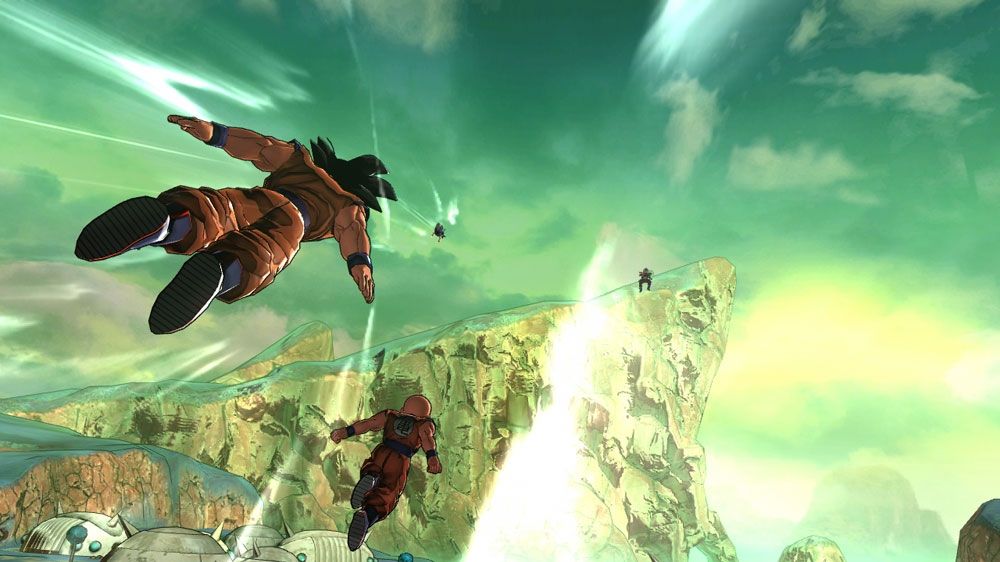 You even get to play through events as the villains and several of the more popular movies are included as side missions (Cooler’s Revenge, Broly, and more). There’s plenty to do here and all of the characters won’t be fully unlocked until you master each mission, as obtaining a high enough score to get at least an S rank is the only way to unlock everybody. This can, admittedly, become frustrating in parts as you fail to get a high enough grade and miss out on a character that could have made a subsequent mission a lot easier or even in some cases, should be there canonically. For example, I had to fight Perfect Cell without Super Saiyan 2 Gohan because I got an A instead of an S in the previous fight.

Upon defeating Kid Buu, the credits roll but there are very challenging missions afterwards that tested my skills to the max, all climaxing in the game’s true final boss, the God of Destruction (the villain of the anniversary movie). It’s worth a mention that all of the missions are doable in co-op mode via the magic of the Internet.

This leads us to the actual gameplay mechanics themselves and this is where Battle of Z has been a little deceptive: although advertised as such, BOZ is not a fighting game. It’s an RPG in disguise. You control one character for all of the fights but you also have another three characters on your team (either human or CPU controlled.) Early attempts at steamrolling my way through with the four most (canonically at least) powerful fighters I had unlocked were successful but by the time I hit Planet Namek and the battles with Frieza and his minions, I found myself dying. A lot. 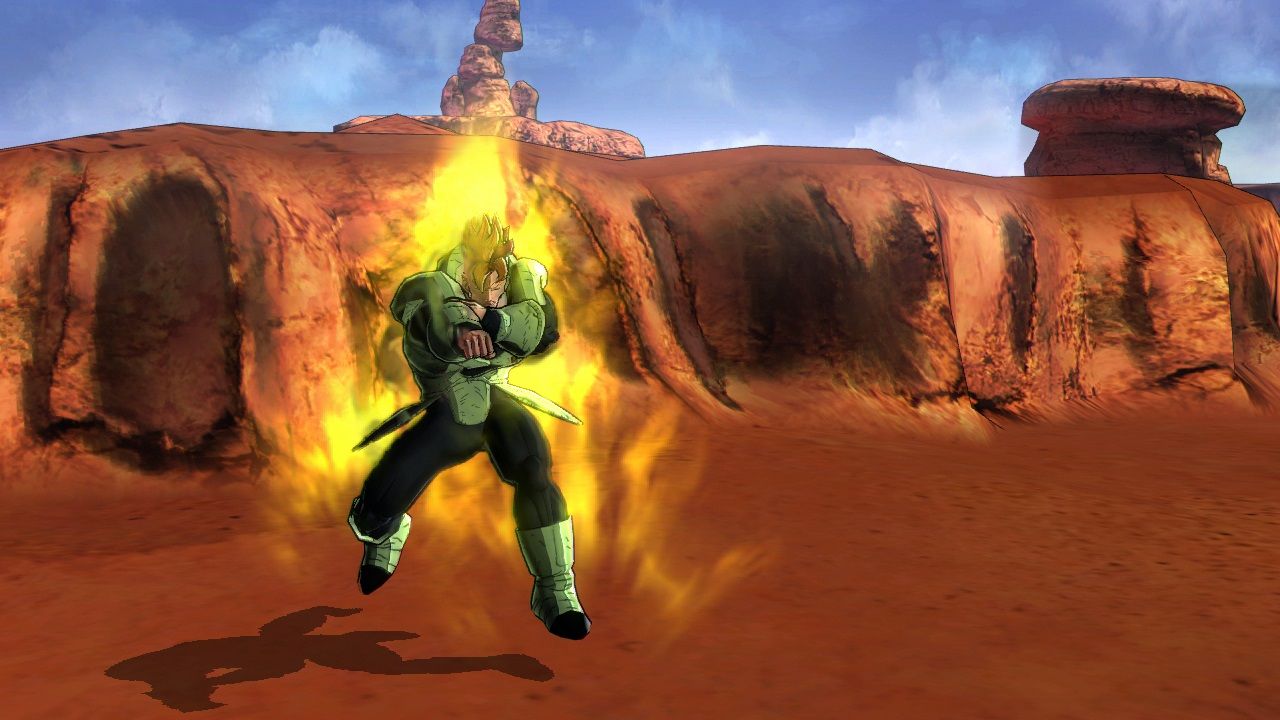 This was when I realised the game needed a more cerebral approach. Fighters are split up into categories: melee, ki type (ranged), support (healers), and interfere. Generally, the way forward is to run two attacking characters (melee or ki) and two supporting roles. The best comparison I can draw is to the combat system from the Kingdom Hearts series. To supplement the RPG style combat is a levelling system. As you progress, you gain EXP and increase your player level. Alongside this, you unlock cards that provide an arbitrary upgrade to a specific statistic (ki attack +20, for example.) These work in conjunction with one another in that the more powerful cards require a certain level to utilise. There are also special cards that bestow special abilities to characters that have them equipped.

Graphically, the game does the only thing it needs to do and adopts the style and animation of the show right down to the smallest detail. Developer Artdink has taken care in getting all the character designs 100% accurate, mostly to keep those hardcore fans happy. The frame rate is good, even when taken online and the screen is filled with crazy explosions and people crashing through mountains. 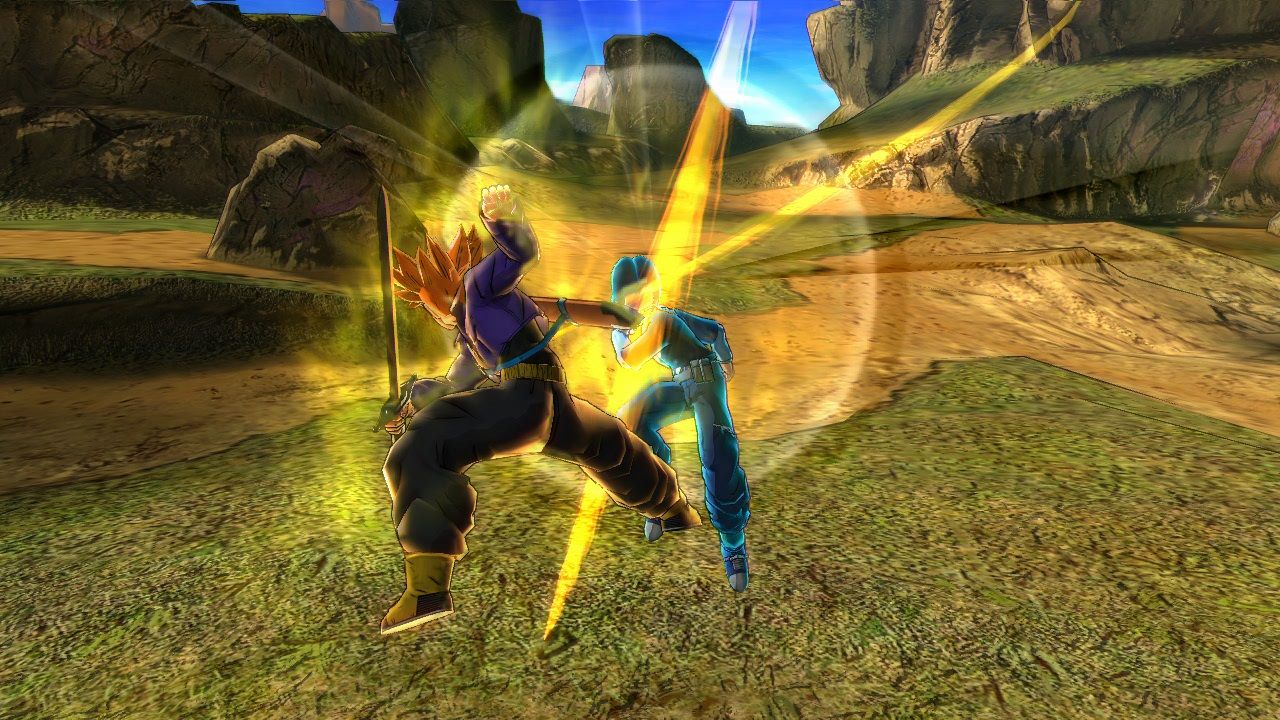 Online, the game varies between a lot of fun and supremely annoying. I never found the need to do any except the final two missions co-operatively, but it serves as a fun way to play with your friends, especially if you want to give your buddy a leg up in his campaign. The other online mode is Battle Mode, which is the umbrella setting for a plethora of different games, both team games ranging from 4 v 4 straight up fights to Dragon Ball Hunt (the name’s on the tin) and solo games, including 8-man deathmatch battle royals. The team games can be a little annoying, especially if the teams are unbalanced. The CPU will balance out the numbers but having three guys batter you around an arena whilst three CPU team mates fail to help you is no fun. The solo stuff however is a blast, and I found a fun diversion in the 8 man fights. At the end of the day though, Battle Mode is just that, a diversion.

Ultimately, Battle of Z is an above average game. DBZ fans will get more from this game than non-fans will, but then this is clearly a game designed with the fans in mind. A fun distraction; Battle of Z will help you wither away your gaming hours for a week or so if you’re a non-fan. If you’re a fan however, you’ll love this game as a celebration of all things Dragon Ball Z. If you like DBZ, fighting and/or RPG’s, give this a go.

Our ratings for Dragon Ball Z: Battle of Z on Xbox 360 out of 100 (Ratings FAQ)
Presentation
80
This game’s biggest strength, it is a 1:1 product in comparison to the anime series in all respects.
Gameplay
70
Sometimes threatens to get a little repetitive but generally paced quite well, allowing players different strategies and approaches to victory.
Single Player
75
Retells the story of the show faithfully, allowing for some artistic licensing to allow for better gameplay.
Multiplayer
65
The game’s main weakness, the multiplayer isn’t anything more than a fun diversion and will probably be avoided altogether by some players.
Performance
75
Runs as smoothly as any well-made triple A title and aside from some lag issues online, nothing to complain about.
Overall
75
For the fans and anybody looking for something a little different to your average fighting game.